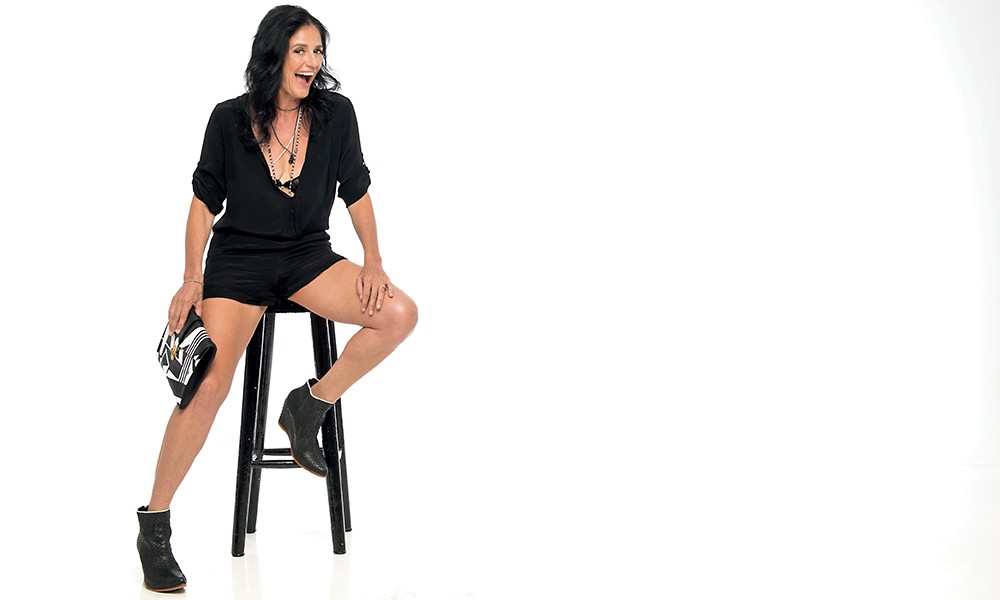 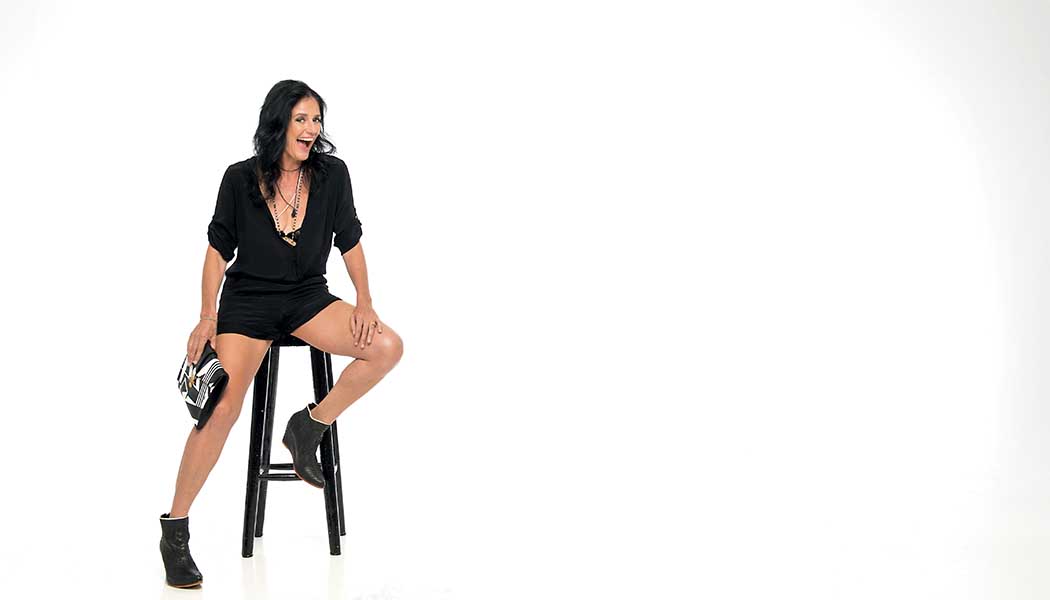 The Yak hooks up with Interior Ministry maven Caroline Dumergue, otherwise known as Ushers by Design . . .

Birth date and anything else you’d like to add?

Let’s just say I’m a Scorpio Monkey. Loyal to a fault, with a really cheeky and mischievous naughty side.

The three most influential people in your life and why?

My Mum Margaret, because she was an incredibly aware and wise person who was insanely creative, quite eccentric and very grounded. She was a complete realist, whereas I lean more to being an optimist. Then there’s Robert Pearson, a production designer from NZ who taught me a lot about time-lapse photography and set design in my teens. He’s been living in LA for a long time now and is doing great work. Graham ‘Grace’ Walker is another fantastic inspiration, he designed the first Mad Max. We got to spend almost a year in Thailand on a movie together in1997.

I started traveling at 17 on my own. Was fairly independent and have built a great network globally over the years. Went to Melbourne for a year, then home to work in the movie business. Travelled in choppers and in every type of vehicle around most of New Zealand on shoots and used to love driving around the country. Spent considerable time in Los Angeles, which I loved, then Boston, sadly didn’t really get the vibe there, a bit weird and waspy. Scored an art direction role for MTV in NYC for a year when I was 23. Mexico for six months in between projects was amazing; Fiji art directing a Carlsberg beer commercial on a yacht was pretty memorable; Thailand living and working, awesome; Vietnam sourcing for a movie, Burma, Japan, Hong Kong and a bit of China. Moved to the UK where I lived on and off for 11 years and London was where I decided to finish up the movie life. France, Italy, Spain, Ibiza and Copenhagen all for fun and friends. Sweden is also on the radar . . .

In no particular order, food, wine, Champagne, travel, relaxing, reading, adventure, fitness and sleep – I dream of having consistent eight hour sleeps, yet of late I don’t.

You’re hosting a dinner for 10 guests. Who would you invite, past or present?

What a great question. Lee Miller an American Vogue model turned photographer from the 1920s. She was stunning, an adventurer, she was the lover of Man Ray for a time and was often partying with Picasso. She went into the front line when WWII was coming to an end. She shot some amazing and haunting images. Her autobiography was a great read. Kjell-åke Andersson, a Swedish film director. Everyone needs a Kjell-åke at the dinner table. We worked on a movie together. Had so much fun pranking around that the producer separated us. Rowland Fade, a British artist who has been living in southern Spain for over 40 years. I was connected to him through a Boston contact in the early ’90s, went to visit, turned out he was living with a Spanish princess. I ended up staying for three months. John Jackson, a long-time buddy, was Bob Dylan’s guitarist, he is the one to bring his music skills to the dinner table. I’ll never forget the day he humbly asked me, before a sound check, if I could please have lunch with his friend, who turned out to be Carlos Santana. David Byrne must be included and is another incredible talent. Very inspiring and totally down to earth. Drank with him after his Top of the Pops debut of Lazy. Bob Marley, been discovering some powerful wisdom from the herb man himself lately and Uprising was my first album. Brad Pitt, because I had the fortunate moment of exiting a unisex washroom where he was standing waiting to enter. He is as every bit stunning as seen on any set or in any movie. Oh bugger it, let’s include Angelina Jolie, just because I don’t want her to feel insecure that I’ve invited Brad.

When did your feet hit Bali soil?

Came to Bali first in 1997, for three months before heading off to work on a movie in Thailand. It was love as soon as I set foot on the ground, it felt like I was meant to be here and yet there was no way I could have at that time. Things changed in 2007, made the decision after a quick visit and moved six months later. It wasn’t an easy transition and it took a while to get settled and set up. Had a lot of support from a dear mate who also happens to be from our homeland.

What would you describe yourself as? Workwise.

Diversely creative, expectations are high of myself and of others in the work place. A perfectionist. Demanding at times, especially when things aren’t happening fast enough, that is what a movie career will do to anyone. I can be quite stubborn when convincing clients the right way to go. Most of the time it comes down to available budget so I have finally learnt to pick my battles. Love to have a good laugh. The team I roll with all have a decent offbeat and twisted sense of humor. Imperative when we all work so close and intensely.

You instigated, in Bali at any rate, ‘gudang glamour’ with Mama San and, correct us if we are wrong, Art Deco decadence with Plantation at Double Six Seminyak. Where do you get your inspiration from?

The guys at Mama San gave me a solid foot in the door. It was a pretty deep year for me losing my brother just as the project started. I worked like a demon and just threw everything into it, so my brother was the inspiration, and working with essentially a great team at that time. Plantation and Seminyak Italian was a long and enduring 13 months on developing the overall concept designs including all specs, finishing selections and furniture. A huge amount of research, development and fine-tuning was undertaken. The restaurateur had a very clear idea what he wanted and the owner was always very accommodating.

What’s in the pipeline?

The current project is Shanghai Baby, a multi level Cantonese property with Nicholas Minniti. Ground floor dining, lounge club and rooftop event space. We have all worked so incredibly hard and for what feels like a long time. It is a big project and finally, we are all feeling very excited, especially now that everything is starting to take shape and seeing the overall vision come together. Am very much looking forward to dining and spending a great deal of time in the lounge club, at the bar with Nic and the team.

Anything you would like to achieve in the next five years?

Tons. Design restaurants and beach clubs around Asia and anywhere else where the Ushers style is sought and my creative energy is valued. Designing a super yacht and private jet are a bit of a yummy dream. Build the business and bring on board a protégé to take over in a few years. And with all the above, lots of time out with loved ones, travel and chilling.