Masha Mozolevskaya dissects what it means to be Russian in Bali. Portraits: Oscar Munar.

Vodka, Putin, babushka. That’s the combo any Russian is doomed to be associated with the moment they meet an American, an Ozzie or whoever from the rest of the world. If you’re in Indonesia, throw in Masha and The Bear, an inexplicably successful cartoon series depicting the abusive relationship between a bitchy Slavic female and her hairy admirer. So what can all these stereotypes possibly tell you about Russians as a race? Pretty much nothing that would be any close to truth.

It’s one thing if you meet Russians in their natural habitat – flashy, trendy Moscow, or snowy Siberia (should I try and count how many people I have met who are shocked to discover that Siberia is actually part of Russia, not a fairy-tale kingdom somewhere in the Arctic) – but it’s a completely different story if you meet them in a tropical playground such as Bali. That’s when all those questions start popping up: why are there so many of them? Why are they here at all? What are they doing here? Let’s have a closer look.

To start with, Russians are not all Viking-type macho men and leggy blonde bombshells. Russia is so vast (even after the massive Soviet Union had collapsed), it is home to all sorts of races – even Asian. When long-haired dark-skinned and heavily-inked dj Anton M started slaying island dance floors, the international party crowd refused to believe he was Russian. And yet his hometown is the island of Sahkalin, where the local population has historically mixed with Koreans. And yep, it’s still Russia – even though geographically-speaking it’s kinda Japan. “It happens all the time, almost every night,” says Anton. “The most amusing part is that even Russians won’t believe me sometimes, especially if they are drunk enough. I always reply: why are you so shocked, mate? Like you didn’t know our country has an ass of every colour?”

Then, there’s the big deal of Russian-speaking folks who actually come from Ukraine, Belorussia or Kazakhstan. They may share one common language, and some of them might be loud, hot and grumpy in ‘the Russian way’ but they would firmly correct you if you casually call them ‘Russky’. Try calling a true-blue Catalan ‘Spanish’, or label an Irish person as ‘English’. You’ll get a similar reaction – or maybe a friendly slap in the face.

When I moved to Bali more than a decade ago, the core of the Russian community consisted mostly of ribbed young Russian surfers, drunk with the overwhelming feeling of freedom from life in the grey concrete jungle. Some were actual sportsmen, spending most of their time riding the waves and napping in hammocks somewhere on the Bukit. Others were digital nomads – a term that hadn’t even been invented back then – surfing in the early hours and spending the rest of the day behind a monitor, coding or doing graphic design for their clients back home. Later on, the wave of young programmers flocking to Bali to ‘work under the palm tree’ became stronger than Ulu’s rip curl. The trend was clear: you can still earn good money being a tech specialist without compromising on life quality. Say no to the office cubicle and gloomy skies of St. Pete or Tomsk, say yes to papaya for breakfast, Bintang for lunch and a longboard session to release muscle tension after a day in front of the screen. 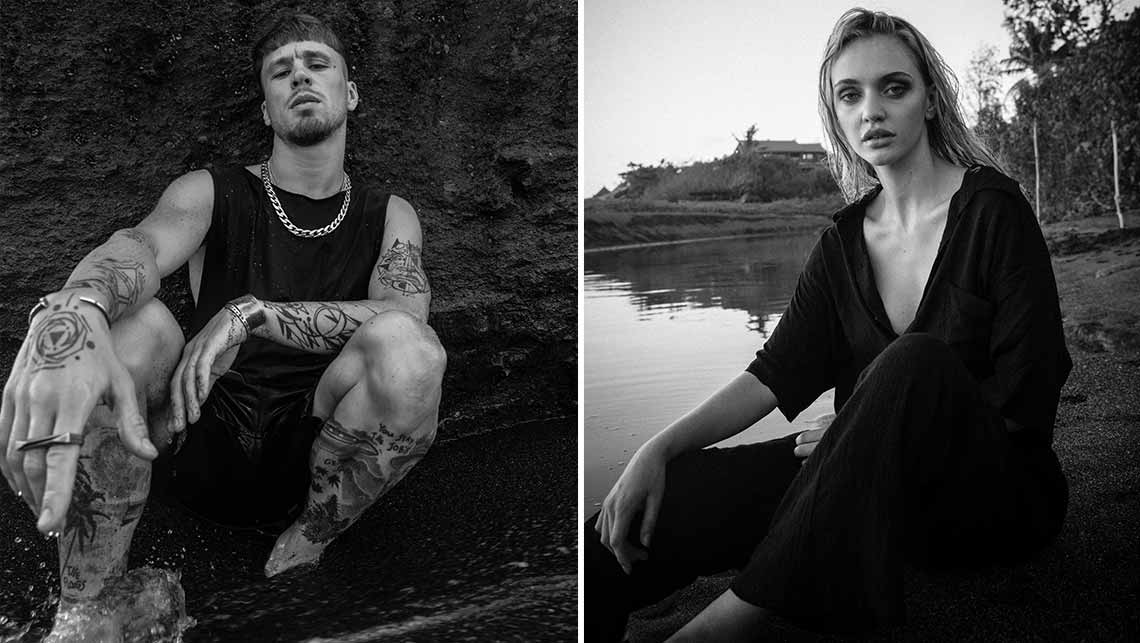 Back then each and every Russian media, from snobby Forbes to hip Afisha, served up at least one article covering this phenomenon: the ‘young brain drain to Asian paradise’. The sun, the sea, the joy of being barefoot around the clock, the private villa with a pool, the maid, the Go-Jack-it-all service. It all really seemed too good to be true. But most of all, there was the intoxicating sense of freedom – something us Russians discovered only recently. “For ages,” says Ksenia Valeeva, a successful make-up artist and an island resident of six years, “we as a nation have been trapped, not only literally, but figuratively speaking as well – trapped in the cage of our own fears. And there is no wonder if you look back at our history, which may repeat itself any day, you know?”

Another Moscovite, a gay artist and a fashion designer, once confessed to me that he decided to leave Russia because despite being a very religious person, he always felt like a sinner – thanks to his good old Orthodox beliefs. He grew tired of feeling in danger, literally at risk for his life, so he moved to Bali where religion can’t be bothered with your sexuality. Oddly enough, even with the ever-increasing crime rate, Bali has always felt a safer place than the motherland.

It took only a few years for those first Slavic digital nomads to realize that working under the palm was more of a pain in the ass than a blissful solution. The Bali heat makes it impossible to concentrate (unless you’re paying for air conditioning), the visa runs and other joys of the local immigration system just become annoying and the über-relaxed island lifestyle eventually kills most feelings of overachieving. “I became too lazy to bother,” says Pyotr Scherbatov, a graphic designer from Moscow. “Russia just felt so far away anyways.”

There was once even a proper Russian magazine catering to the Russian community – owned, peculiarly, by a Tasmanian. Ten years ahead of the curve this guy knew that one day Russians were going to be big in Bali.

The only thing he didn’t know was that, unlike Australians, Russians don’t enjoy belonging to a community. We don’t have an equivalent of those signs that declare “Proudly owned by Australians”. We don’t gather in large groups to celebrate national days. If two Russians randomly bump into each other in Carrefour, they will pretend to be from anywhere but the same country.

It’s not that we are ashamed of being associated with our country, not really – however, most of us don’t enjoy discussing Putin over a jug of vodka. We also (generally) do not own pet bears.

Shocking, I know. The actual reason why Russians avoid each other abroad, Bali included, is that most of them came such a long way to disconnect from their previous reality that the idea of automatically hanging out together is well, ridiculous.

To all of us, Bali feels like a different planet when compared to the place we came from. Yet the island welcomed us and allowed us to play in its sandpit. “It felt like home immediately,” says Katya Kasatkina, a model whose face you have surely seen on the billboards, everywhere. “The first breath I took when I landed in Bali 13 years ago tasted like home, even though I had never been here before and hadn’t seen anything of the island. I just stepped out of the plane and I was at peace. I cannot explain it logically. And now it feels like home because it is home. I still catch myself in moments of absolute happiness when I’m driving my scooter, walking my dog on the beach or staring at the moon at night.”

Surprise, surprise: it turns out Russians love Bali for exactly the same reasons as others. “Whether you can feel at home here or not depends on who you are as a person, regardless of your nationality,” says Katya, and I generally can’t think of better words to put a big fat dot at the end of this story. Russians – we’re just people. Now let the bears out!