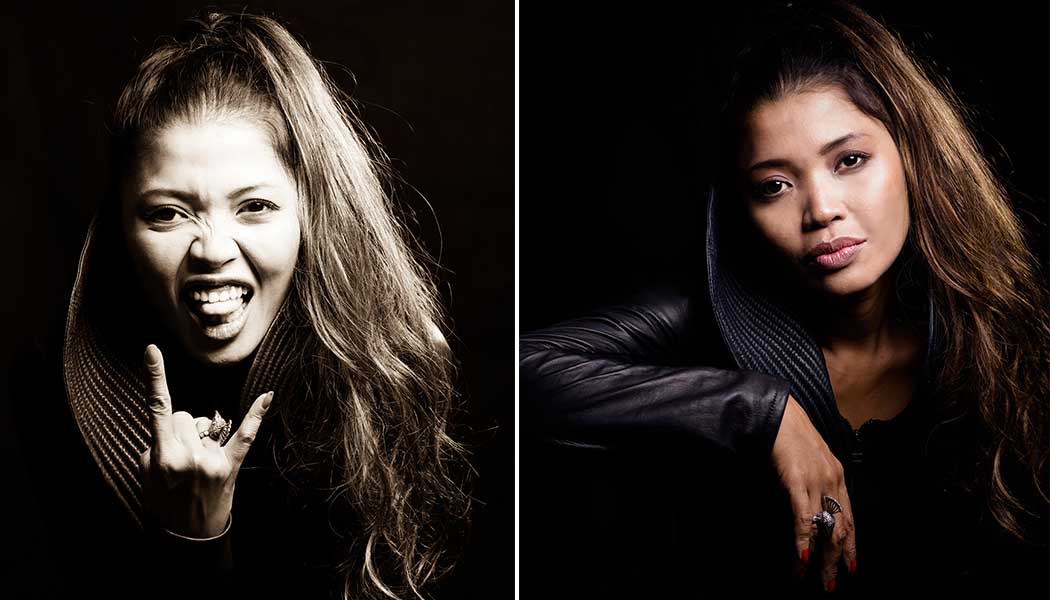 It’s been quite a year for you Diana, what’s going on?

Well, I competed on The Voice Indonesia earlier this year. I went through blind auditions to the battle round. Then I performed live at Taman Buaya Beat Club TVRI, covering a few of my favorite Slank songs. I performed with them in July at their concert in Bali with a couple of thousand Slankers, which was such a great experience. I’m also doing regular performances at several different venues across the island, and I’ve been blessed with feature performances with some of the island’s top bands including The Island Souls, Dice and Akustika.

You were all over the TV there for a while. How did you feel about your performance on The Voice?

I think I did alright. It was truly a great experience meeting all the coaches and competing with so many talented singers. Even though my journey was cut short, a lot of good things came from it.

Did you train formally as a singer, or do you come from a musical family? What was it like growing up for you?

There were a lot of musicians in my family. My dad was a wonderful singer and guitarist and my mom was also a beautiful singer. But doing music for a living wasn’t a popular notion in my family. My dad would always push me to finish my education first – my musical endeavors came second. Being the naughty kid that I was, I remember skipping classes to practice with my band, or I would be off doing a gig somewhere at a small festival or bar around Jakarta.

How often do you and your band rehearse every week? You seem to have an enormous repertoire of songs . . .

Not as often as I should. Now that things are going in the right direction with some really exciting times ahead our efforts must be doubled! As far as my repertoire goes, I have my dad to thank for that. He had a massive collection of cassettes of artists from the 1920s to the 1980s. Growing up I used to go through all these cassettes and play them whenever I could – and then I’d sing over the top of them. I remember getting scolded regularly for not putting the cassettes back in the right cases. 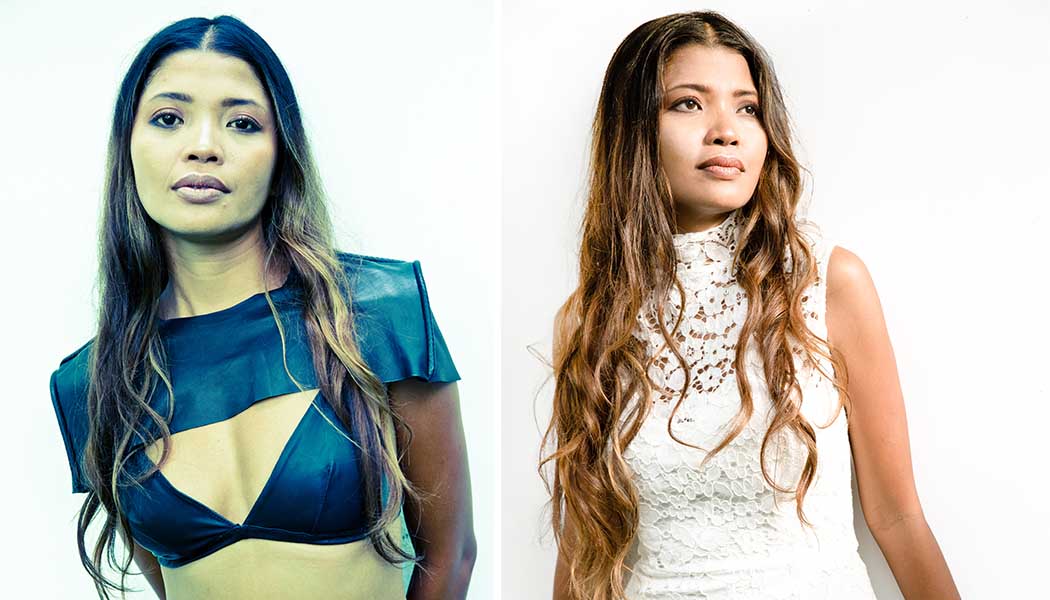 Who are your musical heroes?

What’s The Next Big Step for you?

I’ve been trying to release a passion project of mine called BALIFORNICATION. It’s taken a little longer than I planned . . . but hey, all good things come to those who wait, right? The album is kind of bits and pieces of my sporadic diary entries over the last 10 years living in Bali. The ups, the downs, my experiences and observations, the good and the bad along the way.

The fusion between the Balinese culture and the West has created a unique dynamic of colors that shapes today’s society in Bali, it’s great material for lyrics! The track Balifornication, for example, was inspired by a certain monologue by Edward Norton in the movie 25th Hour and then applied to everything Bali.

I think it’s important that we look at ourselves in a kind of second degree, because if we can’t laugh at ourselves, who can we laugh at? There’s a bit of something for everyone on the album. There are a few profanities in there too on some of the ‘angry’ tracks, but it’s real, it’s raw and it’s me!

I’ve been blessed with a crazy good producer, Fallen Malaikat, who’s been doing some amazing new things on our electro/blues/funk/mash-up project with my boyfriend Graeme Storr, a brilliant closet lyricist. I’m also in the process of putting together my own band. We’re called Tainted Black.

We’ve been spending a lot of time in the studio and we’re all gelling really well. We’ve got a unique sound, a kind of blues, soul, funk, rock feel to it. We’ve just had our first gig together too, at The Orchard Bar and Restaurant, so as you can imagine, we’re amped! And last but not least . . . in another very exciting project I’ve been collaborating with Aray Daulay and Dadang (Navicula) on a single in Bahasa Indonesia.

Are you writing your own material?

Yes, a little bit. I’ve found keeping a diary is a great way of collecting epic future lyrics (you just don’t see it at the time!). 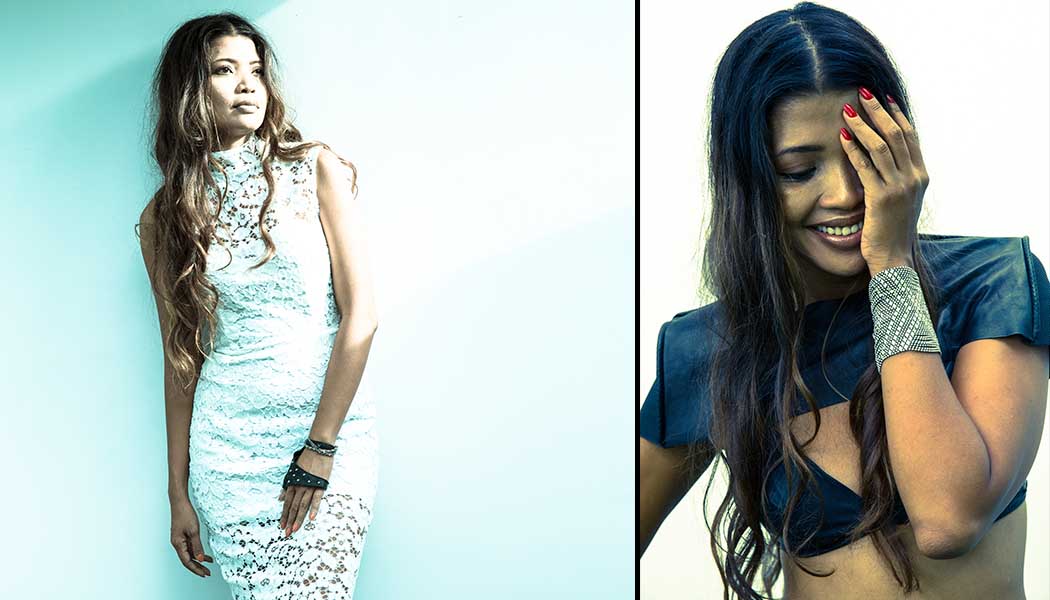 Do you sing in the shower?

Bet your ass I do! Lol. It’s one of the best spots to sing, acoustically.

What would you be doing if you weren’t a singer?

I’ve asked myself this question a million times and I’ve actually done so many things over the years that I’m not sure. I’ve covered news stories for Australian TV, I’ve done business consulting, been an MC, I helped design and run a small restaurant, I’ve been a model and a presenter.

I’ve done a lot of jobs! No matter what I was doing though, it was never really what I wanted to do and it was always just a way to support my musical career and pay for more studio time. Music has always been where my heart is and I’d be truly lost without it. If I wasn’t a singer, I’d definitely still be involved in music somehow.

Ok, you’re on the deck of the Titanic and the ship is sinking and you’ve decided to stay and sing. What three songs would you choose?

Bhuahahahaha . . . I’d probably sing, I Will Survive by Gloria Gaynor, followed by Message In A Bottle by The Police and the grand finale . . . The End by The Doors.

Diana, thanks for your time and best of luck with all your plans.