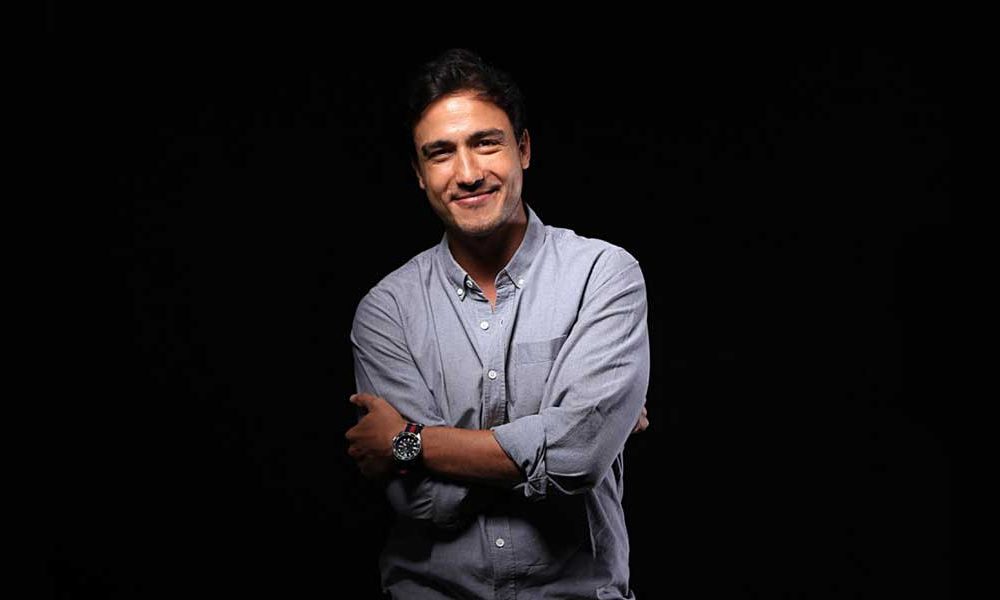 Hamish Daud, founder of Indonesian Ocean Pride, architect and TV personality is passionate about conservation in Indonesia. He spoke to Karen Donald about who he is and where he’s headed.

Hamish, you’re well known among the Indonesian TV viewing public. For the wider world, tell us a bit about who you are and how you grew up.

I grew up in Bali and Sumba, where my father [the respected waterman David Wyllie] lived, so it was back and forth between the two. I finished my high school in Australia at the age of 15, then university.

When I came back I worked in the furniture industry, then the surf industry, then in architecture … then when I was 30 I had a bad accident. It changed the way I looked at everything, and after that I had a very gung-ho attitude. I didn’t want to waste any time at all. It was a wake-up call for me, and I felt driven.

I wanted to get into conservation, and I spoke to a few people who told me the only way to really make a difference was to get a name for myself first. That’s when I started to get involved in the entertainment industry, and after a few projects I became known by the public. That enabled me to start an NGO [Indonesian Ocean Pride], which is now making a difference, and I’m excited about the collaborations I’ve made so far.

Tell us about your father … and what it was like with him.

My dad was an adventurer, and the most knowledgeable man about the ocean I have ever met, to this day. From the age of three years old I was always going on expeditions with him on boats with his team and friends. I was always that kid who was brought along for the ride. I went all over the country on boats like that until I was maybe 10 years old. My dad was always trying to find uncharted territories … his life was a search, like a dream to most people. 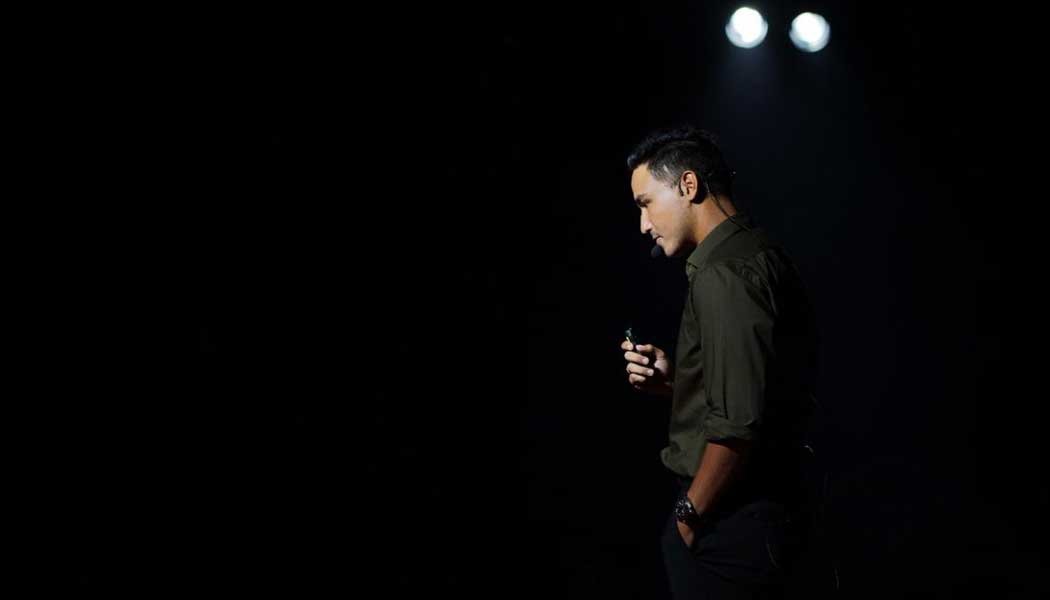 Tell us about your new TV show, Indonesian Authentic Places.

I wanted to give Indonesian viewers an educational platform. With Indonesian Authentic Places on MNCTV, I have an opportunity to showcase the country and its heritage to a large audience. Our tag line is “Eksplor Dan Jaga Indonesia” which means “Explore and Conserve Indonesia”. I’ve been pushing this message a long time, and it’s good to see people beginning to take action by not using single-use straws and plastic bags. I am excited to see how Indonesia connected with nature again. 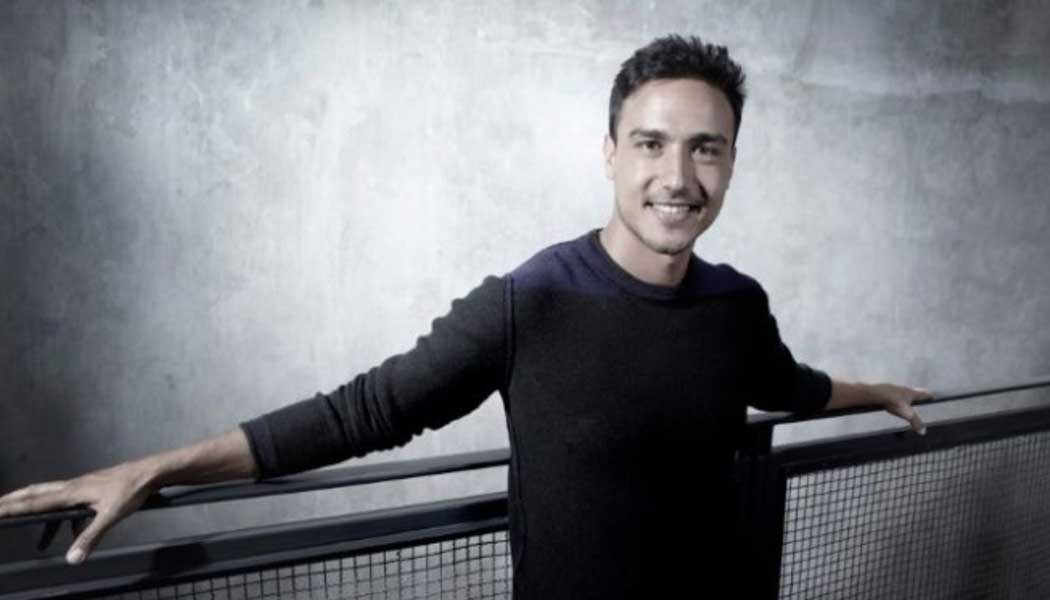 It sounds like you’re focused on sustainable development, when did you launch your architectural firm saka.id and why?

Growing up in Bali I witnessed the over-development of the island first hand and decided to create aesthetically interesting housing options to get involved. My family produced furniture and I found myself making chairs as a teenager, as a result I learned about the manufacturing industry. So after my business degree I asked an existing architectural firm to join forces with me and I have been working with them hand in hand for over 15 years now.

Can you tell us how Indonesian Ocean Pride started?

In 2015, I was on a research trip in Papua tagging and researching leatherback turtles and whale sharks with an elite team of marine environmentalists, such as Doctor Mark Erdmann, Sarah Lewis and Shawn Heinrichs. Then I stepped back and realised nobody here in Indonesia knew anything about these projects, so we got together and collaborated and made a movement to get the nation involved and connect people back to the ocean again. Since then, thanks to efforts during our first campaign, West Papua has become the World’s First Conservation Province. 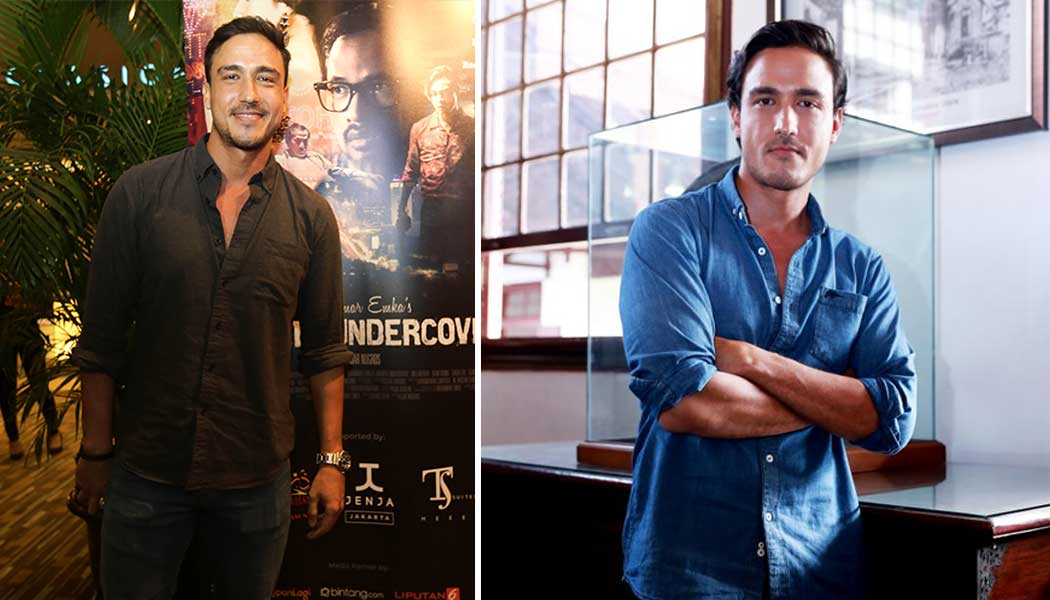 Do you have memories of interacting with marine life as a child?

Growing up in Sumba, I swam with manta rays and sharks. I remember being in the ocean trying to catch dinner amongst 40 southern right wales while a pod of orcas was attacking them. That’s how I remember the ocean as a kid. There was so much sea life back then, different sized tiger sharks saying ‘hello’ in the water. Now I am helping to preserve marine species and I will do whatever I can to enable my kid to see this kind of sea life when she gets older.

What are the biggest challenges with ocean conservation in Indonesia?

Patrolling waters is so hard in a country that spans across 17,500 islands, each one like a different country, with the widest arc of marine life. It’s almost impossible to patrol the waters but maritime forces do. Our nation has been losing an estimated 20 billion dollars a year – over 10 thousand illegal fishing vessels have been operating every single day. Can you imagine the devastation that has taken place? Now with the maritime patrols and the hard work from KKP and Ibu Susu Pudjiastuti it’s coming to an abrupt end. 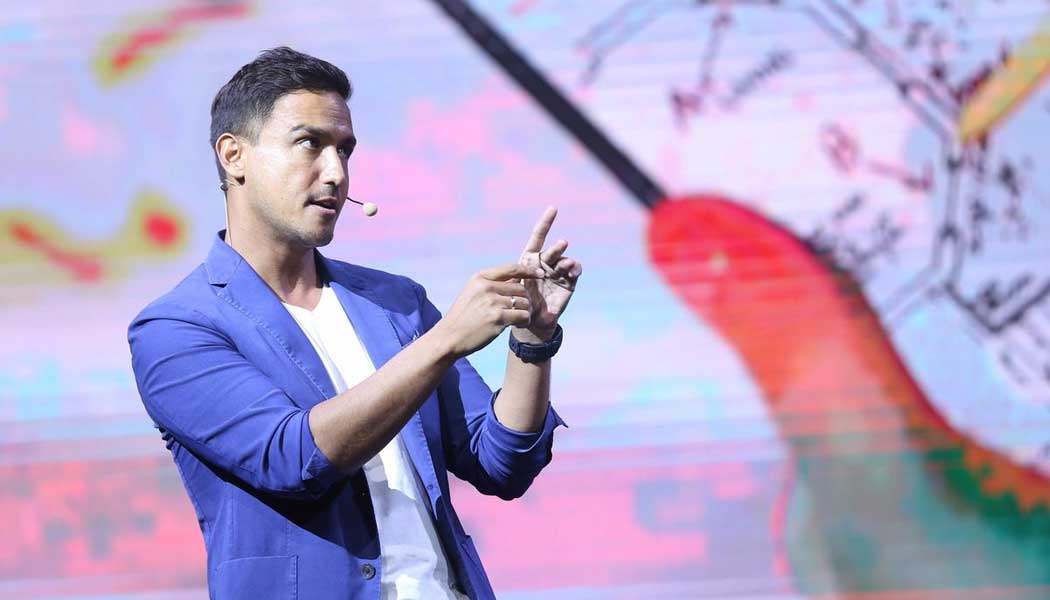 What are the most effective ways to get the message out about ocean pollution?

As Indonesians, we have gone through a cultural shift and detached ourselves from the ocean, forgetting that we are a maritime ocean people. Now supermarkets deliver food to people and they don’t understand where food comes from any more – the number of hunters and gatherers with respect for nature has fallen dramatically. The message about ocean pollution can be spread not only by educating the next generation, but also through every individual making a difference, even a small change. We are ocean people and Indonesian Ocean Pride’s mission is to connect Indonesian people back to the sea again.

How have you seen the perception of the ocean change in Bali over the past decade?

For me the focus on environmental awareness shifted with surfers: as they don’t want to be swimming in rubbish. Surfers have helped to bring awareness to the oceans as they’re so connected to the seas. Now I see surfers are giving back to Bali too and not just coming for the waves. It sends a positive message to the community to be responsible and look after mother earth. 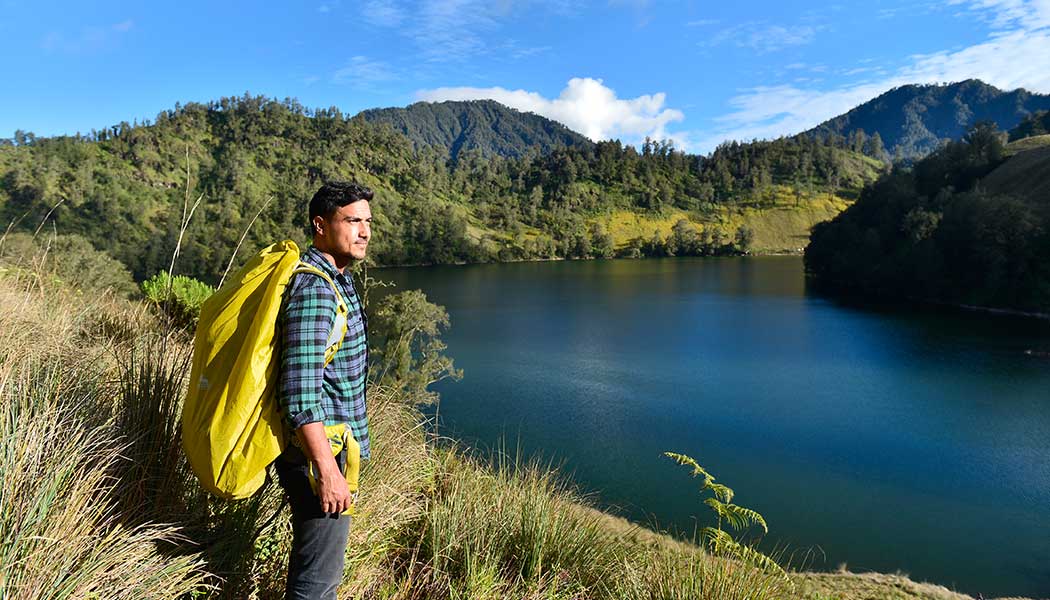 What advice would you give young people who want to get involved in eco-activism?

It’s not difficult to make a change. Avoid single use plastics and shift to reusable straws and tote bags as part of your every day lifestyle without preaching or telling people what to do, and you’ll find it’s contagious. So first lead by example, then you can consider other NGOs: whatever suits you. Our goal is to give collaborators a spotlight through our network, to empower people, keep the fire burning. The time is now . . . we don’t have time to wait for the next generation: if we understand that, we can all make a difference.

Congratulations on becoming a father. What are your plans for 2020?

My number one priority is my wife and daughter followed by several projects tied to marine conservation. I’m going to be on this earth for 40 more years and I want to leave a positive footprint. My drive is my daughter, her name is ‘Zalina’, Zali means ‘Strength from the Sea”. It fits. Because I don’t want be part of a generation that has ruined things for my kid.

Did you like reading about Hamish? Read more stories about awesome people here.