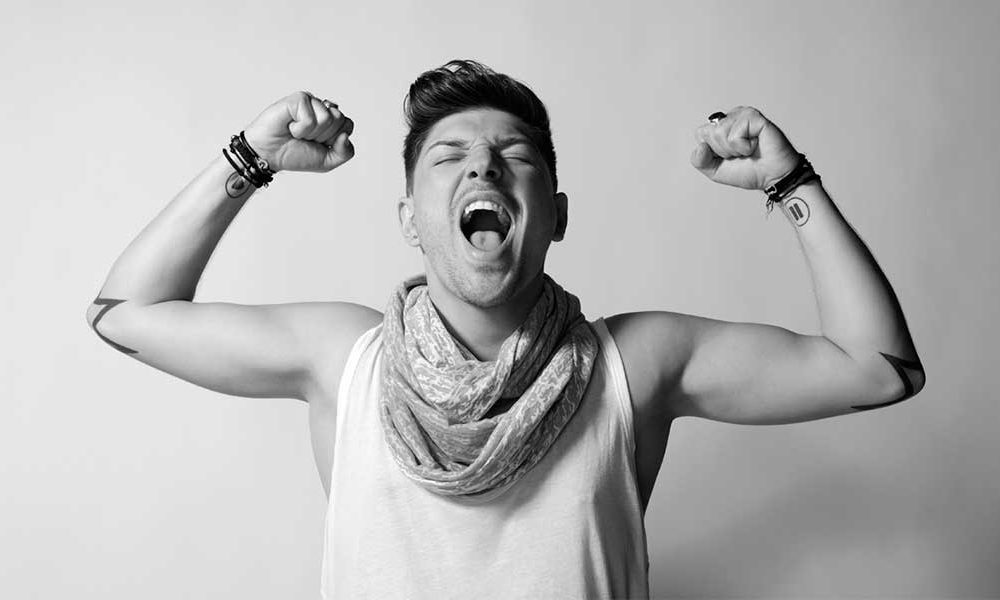 French & Swiss DJ, music producer and remixer (+ much, much more) connects with The Yak prior to his gig at Sky Garden. 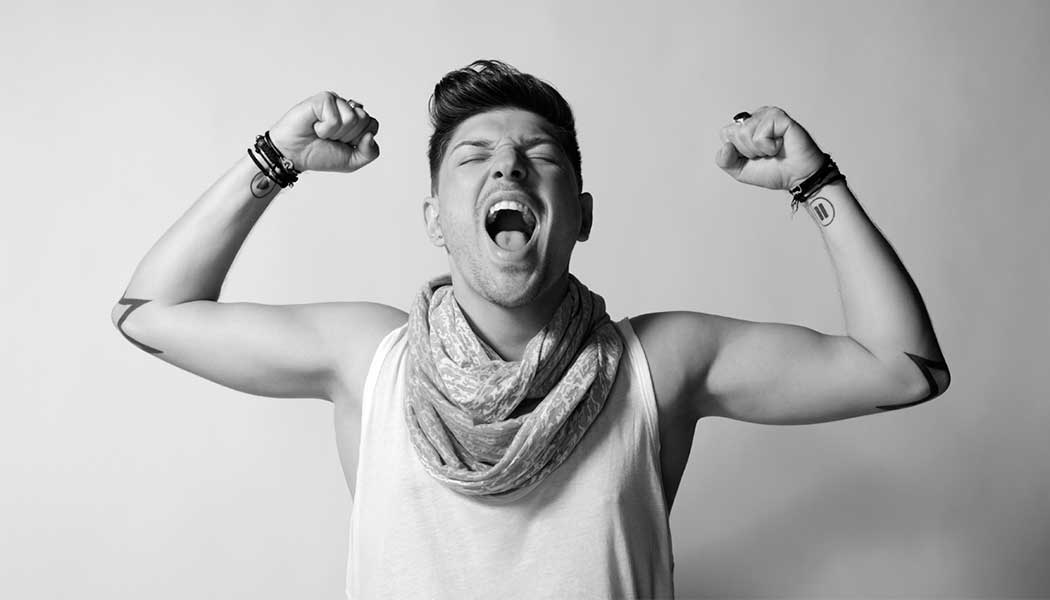 Quentin, let’s go retro: You are 20, it’s 2008, and you won a million euros from the Star Academy! What did you do with the money?

To be honest, I grew up in a very poor family, my mother had debts and she’s the first person I thought about when I won. I paid her debts off and bought her a house in the South of France with three dogs. It was a secret dream come true for her. Then with the rest of the money I invested a lot in my career and spoiled my friends and family a bit.

You’ve played in Europe, the USA, Russia, China, Thailand, Polynesia, Indonesia, Israel, Egypt, Korea, Philippines, Morocco, Mozambique, Kazakhstan, Ukraine, Taiwan  … is there any country you have yet to play in?

Indeed, I’m very lucky, it’s amazing to travel that much thanks to a job I love… Now I would love to play in Mexico or Australia. Working on it!

Name your top three favourite countries, if possible , without upsetting your fans…

Lol hard question! Well let’s say that the three countries where I had the most fun on stage with the audience were Portugal, Belgium and South Korea. But really, I kinda have fun in every country I play in. 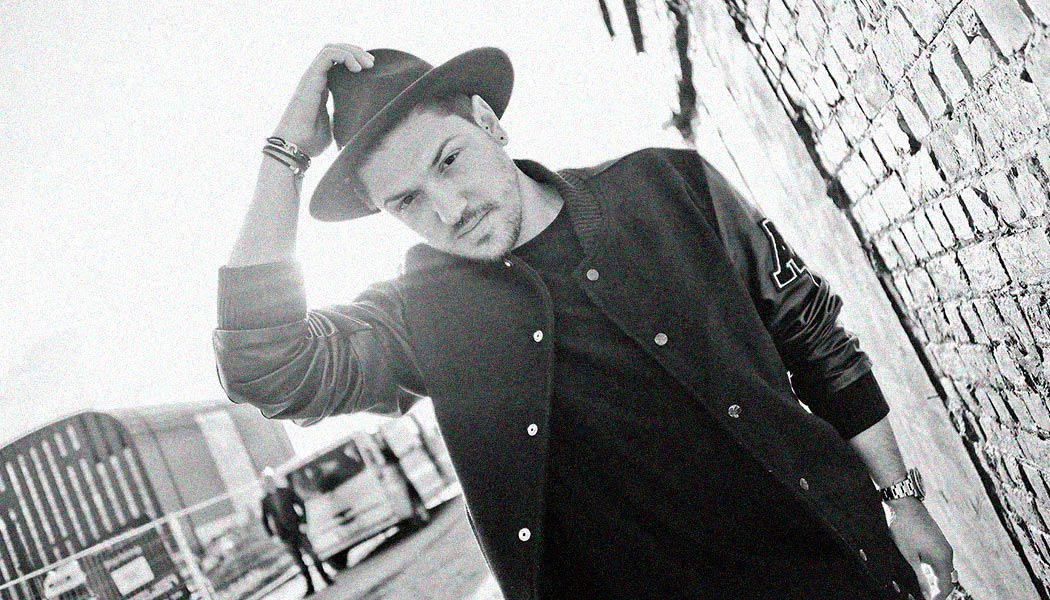 As a self-taught musician what role did Jean-Michel Jarre play in the shaping of the “Mosiman sound”?

Jean-Michel Jarre has always been a big influence for me. I discovered music at four  years old with the drums, then the keyboard, then Computer Aided Music. Mixing the sounds, organic and electronic, represented a real interest and Jean-Michel Jarre was the best example of this. Besides, his visuals and ideas always amazed me. He was a visionary.

Tell us about your label “Change Your Mind”.

«Change Your Mind» is a state of mind. Even if music is the key, I try to make everyone understand we can all unite in the difference. It’s about what we are, what we think, forgetting about all the clichés and bad judgments. «Change Your Mind» allows you to be different by trying unexpected things, and that’s what I always wanted to do with my music and live performances as a DJ.

House, Dance-pop and EDM – interesting mix. How come your music style is so broad?

Not EDM actually, I don’t define my music style that way. House, electro-house, electro-pop, even funk a bit in the upcoming projects. I grew up with many different kinds of influences, from Daft Punk to DJ Snake, from Carl Cox to David Guetta. I’m a real music lover, listening to a lot of different things all day, kind of a geek guy. I think this built me as a producer.

The theme park Walibi Belgium asked you to create a theme song for their roller coaster. Have you ever been on it?

Sure! I did the opening of the roller coaster. First, I love this kind of stuff, big sensations in theme parks, I did many. But doing it with the music you created for it, it’s an even crazier experience! I loved doing it, hope I will work on many side projects on this kind in the future, this is really exciting. 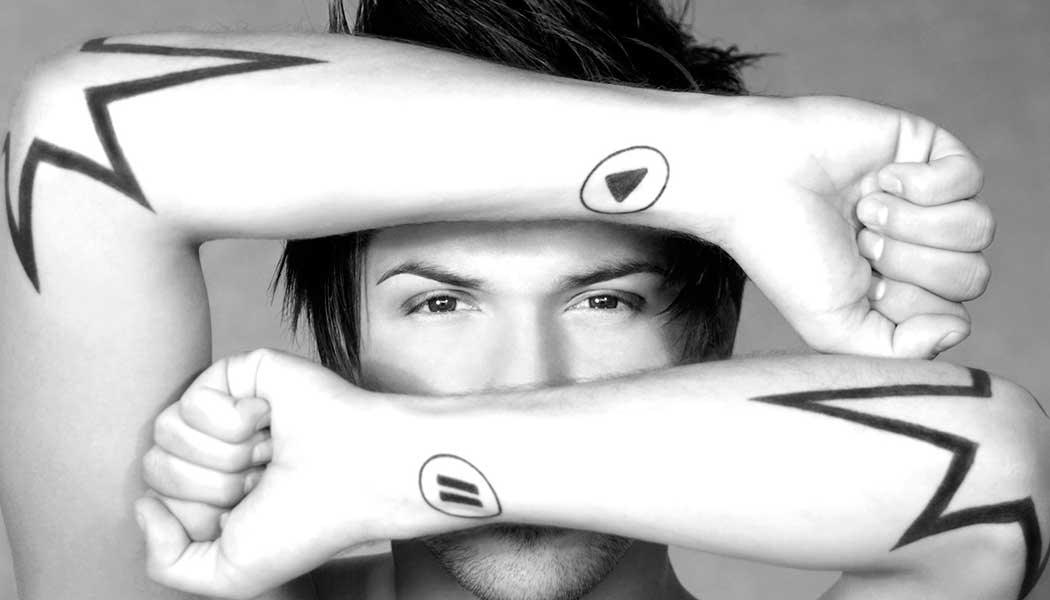 The Voice Belgium – two times a judge? How did that come about and can you sing?

Four seasons actually! Lol. Indeed I was introduced to the public as a DJ-singer, and as I won the Staracademy show, I was very familiar with this kind of musical TV show. I think that’s what the production and contestants liked about me, I wasn’t cheating as I was making them benefit by my own experience. Singing is a part of me as a DJ-producer, as a performer on stage too. So being a coach on The Voice for four seasons, with two seasons as a winning team was awesome, I loved it.

On the subject of remixes. What I did for Love – David Guetta Ft. Emil Sande. Do Djs get nervous when remixing a track by someone as famous as Guetta?

Really nervous! I have a special bond with him as I met him when I was very young. Doing a remix for him brought big pressure and fear of disappointing him … but fortunately it went well, he really liked it and I was lucky to do another one on his track with Robin Schulz … ‘Shed a Light’! 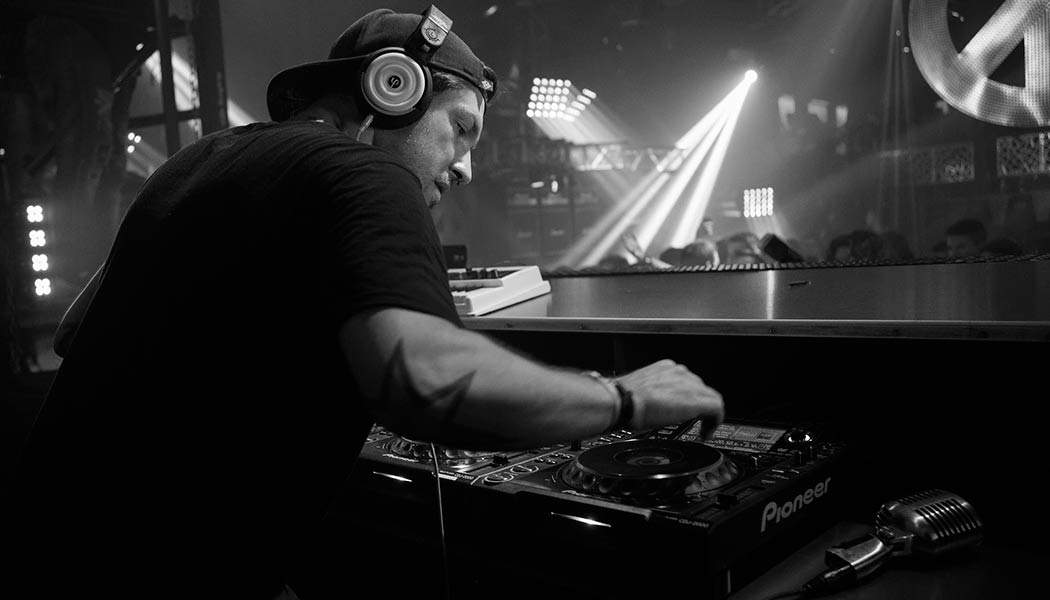 How did it feel to be voted Best Dj Performer, ahead of Guetta and Dj Snake in 2015?

Well it feels weird … they represent both my bosses you know, their careers are a big example and we can be very thankful of what they brought to the French DJ scene. So when I was elected Best Performer ahead of them, it felt like a great honour, especially coming straight from the audience.

Tell us about your recent release, Forever Ft. David Taylor with Warner Music Group. Is that not a serious deviation from the Mosimann style?

I’m still working on very club -specialized tracks, signed on labels like Protocol Recordings (‘Babtoo’ was out in March, ‘Low Pro’ is coming in June) or Run DBN or even my own label Change Your Mind Records. But I also needed to release mainstream songs that people can sing and enjoy in a larger way. Signing these songs like ‘Forever’ or the previous one ‘Never Let You Go’ at Parlophone/Warner Music, it’s a privilege. I belong to their catalogue with David Guetta, Coldplay, Lili Allen, and many more awesome international artists. I feel at ease with this team as they perfectly understood the project. Let’s say there is Mosimann at night with groovy Electro-House club tracks, and Mosimann during the day with Electro-Pop mainstream songs! 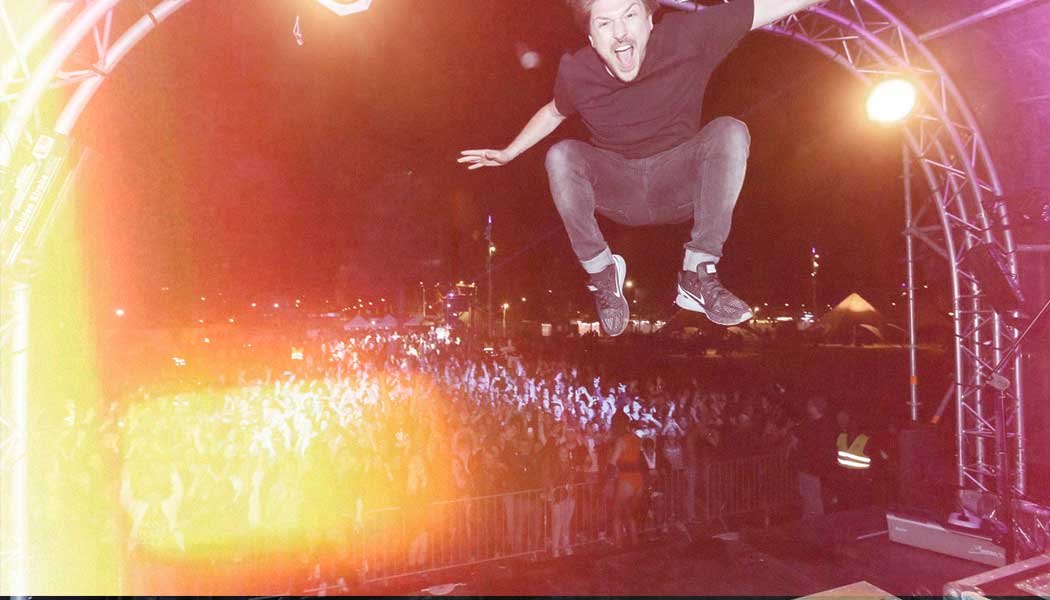 How do you balance career, fans and life as a person?

To be honest, my whole life is about my career and my fans. I live for my job. I don’t really take time for myself, not enough for my friends and family, but because I have things to accomplish and dreams to make come true, thanks to the fans following and supporting me day after day. I don’t want to disappoint them, or my team. I’d rather work and be on stage than chill at the swimming pool… that’s where I’m happy, behind the decks or in the studio.

Musically, is there anything that you have left to do?

Of course! We always have things to do. That’s the best part of being creative!

Let’s talk fashion. What do you wear on your wrist and your feet?

I love fashion. I count on my stylish female manager to do the shopping for me but I love wearing different kinds of stuff and I take care of my appearance. Now I’m between classy Parisian and urban/street style. I used to be gothic, glam/rock but since I’m 30 I’ve evolved a bit! I love brands like Nike, Adidas, All Saints, Asos, Levi’s. 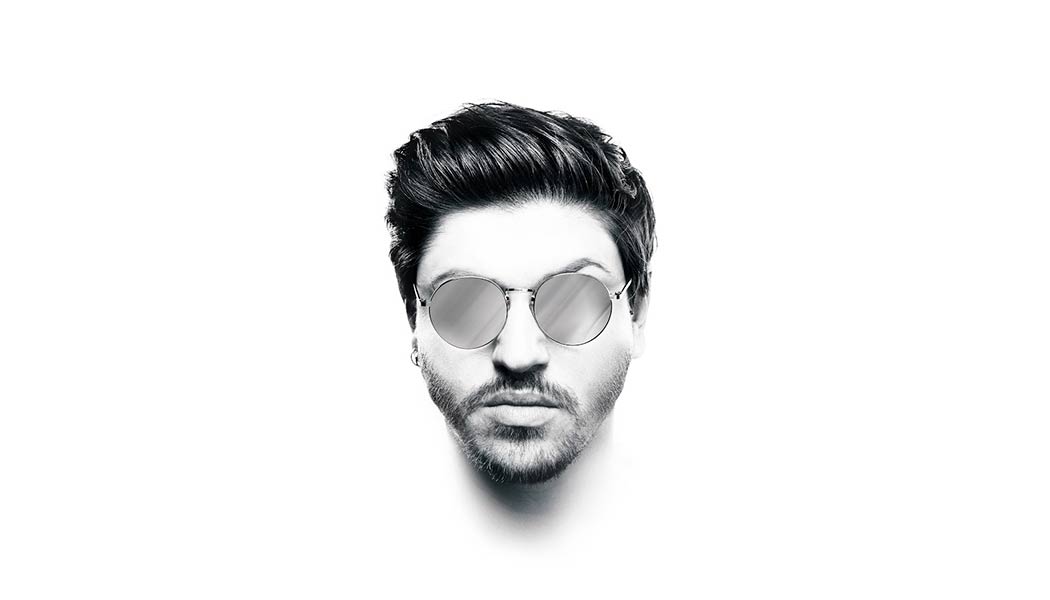 And lastly, a word about Bali…

I.LOVE.BALI. I’ve been there many times, playing at Sky Garden or for a festival once, and it’s so beautiful and and peaceful when you’re over the cliff by the beach… You have amazing landscapes and people are really, really nice. I know that a lot of French people come to live in Bali and that may be an option for me too in the future when I’ll be older! I will consider it for sure.

Thank you for your time and I’ll see you from the dance floor, I very much doubt you’ll see me…

I’ll see you all on the dance floor, no worries, can’t wait to share with you!