Neil McLellan took Liam Gallagher to his first museum … and produced Firestarter by The Prodigy. So there’s that.

Neil, how did you start out in the music business?

It’s all my brother’s fault. After 100 percent refusals through normal channels, it took a mad night out at The Park Nightclub to clinch the deal. Paul Oakenfold used to throw early acid house events there. My brother took me and out of the smoke and a single strobe light a guy said: “Your Stu’s kid brother. Go see this guy at The Strongroom Studios and he will help you.” I did just that and got a two-week trial, which was basically to see if I could make copious amounts of tea for everyone without messing up. I failed. However the studio owner Richard Boote took a shine to me I think and kept me on – unpaid. I was in.

What skills do you need to make it in your line of work? We take it it’s not all about twiddling knobs …

I would divide it into:

1. Psychology. This plays a huge part in what I do. Understanding that making music is, above all, about emotion, I believe that promoting the right head space and focus for my artists is paramount. One needs to make sure that the mental runway is completely clear, so my job is to make sure that during my sessions (pre and post studio) the artist always feels like they are in a place where they can push their own boundaries, remove doubt and be positive.

3. Golden Ears. Although it sounds obvious, I spent years training my ears. As the tea boy I would listen to music in the big studios for hours and hours in my down time. I was also trained by the best engineers in the world – what to listen for, how the music made on my speaker system translates to every single speaker system in the world … from laptop to concert PA … and still kick.

4. Organisation is key. Keeping track of all the moving parts around the session, even the most basic things, is vital. Every little detail must be accounted for. Good organisation creates a smooth session giving sanctuary for the artist to be able to create to their best potential.

You produced The Prodigy’s Firestarter, which has recently been voted one of the most influential tracks of the ’90s … what’s the story behind that?

After the success of Music For The Jilted Generation, I was called to work on The Fat Of The Land. We were all in Studio 2 at The Strongroom in East London and Liam [Howlett] said we needed a singer for this song. Keef [Keith Flint] at that point had never sung or written any lyrics before. Liam scribbled some words down, Keef took one look at them then picked up a hand held mic I had in the room and literally just shouted: “I’m the Fire Starter!” Unexpected … but what a buzz! Fifteen minutes later the vocals were done and in three hours we had the track as you know it in the bag. Later that night Keef performed the song for the first time ever in front of 5,000 folks in a venue in Essex. It’s a feeling I will never forget. I knew it was special and things were going to change. 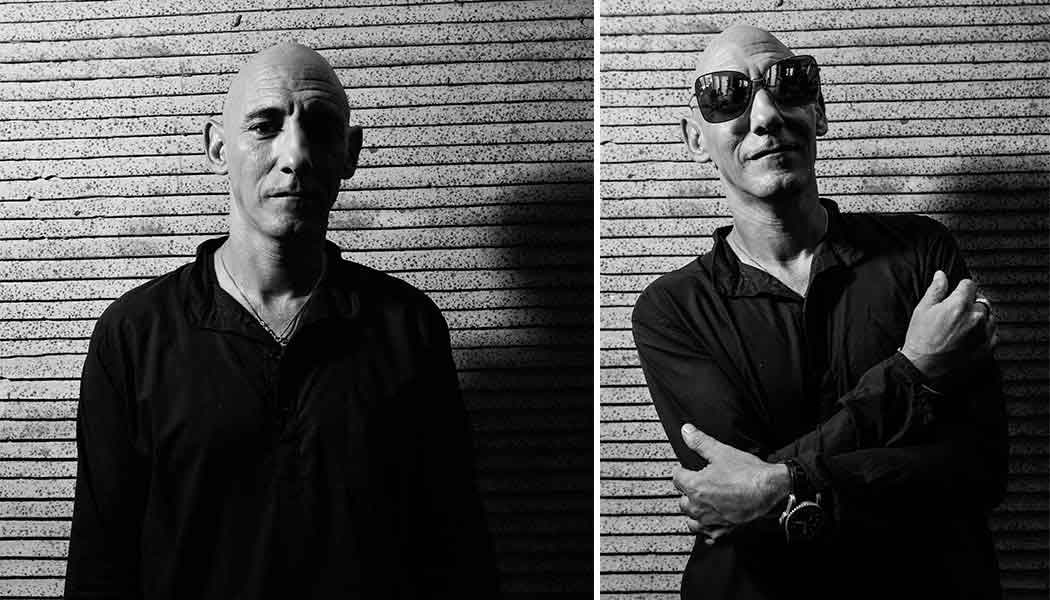 And then you were involved with Oasis as well?

Yes. I was involved with Oasis – Falling Down (The Prodigy Remix) and Shoot Down (featuring Noel Gallagher and Liam Gallagher). Liam Howlett is a good mate of Liam G’s and so he was often about in the studio. We had some awesome times together … censored lol.

We love a Liam Gallagher rock star story … can you give us an anecdote?

New York Met Museum. I had been invited by my good friend George Bisacca, Senior Conservator at the Metropolitan Museum of Art, for a private viewing of the museum – a real treat! George and I met in the crazy times of the Meat Packing District of NYC. He managed to get the Bueno Vista Social club to play in his large apartment, and later we became firm friends. He invited Liam and his then wife Nik to come to the museum, and on arrival I was hanging up my coat and as I turned round I saw Liam Gallagher, hands outstretched, moving towards a priceless six foot urn. As he got closer to it an army of stewards and George were – as if in slow motion – moving to not let him touch it. They just made it. I remember saying to Liam, “mate you can’t touch this stuff, it’s not allowed.” And he replied: “Sorry, I’ve never been to a museum before.” I think that day blew his mind.

Who else have you worked with in the biz?

What’s the best piece of advice you’ve ever been given, musically?

Michael Rosenblatt, Head of A&R Warners, once told me: “It’s Called Show Business not Show Friends. Anything with ‘business’ in it … watch out!”

How has your industry changed in the last 20 years, and is it for the better?

It’s more about the publishing now than ever before. Streaming music is the way that people listen to music, so getting decent royalties from this has become the biggest battle that musicians and artists face. The upside … it’s possible to run and own your own label and music publishing company so you can retain control and not have the overheads to recoup of signing to a label. You can sign later once you’re successful and get a better deal.

What are you up to in Bali, and how has the island been treating you?

I love it here, the island has been good to me. I am able to write great music here and after 16 years in NYC and LA I think I have earned a nice break!

Famous person walks into your studio. He/she is big in the business, but they have a rep for being difficult. What’s the first thing you do before working with them?

Listen, listen, listen. Ignore any previous reputation. In my experience all this stuff is often overblown. Sit down, have a decent cup of tea and have a chat. Make people feel at home with you. If you get a diva, never play up to it, always be polite and be two steps ahead without being cocky. Even divas appreciate it!

Rage Against The Machine

Must mention Rick Ruben as he is I think the most influencial record maker of our time!

We’re going to make you a T-shirt. What should we write on it?

Do you have any pets?

What does 2018 hold for Neil McLellan?

Awesome new music with Zatua from Bali, Carl Cox in the autumn, more prods in November! Bali allows me to experiment musically and to finally relax after being at full throttle for a very long time.