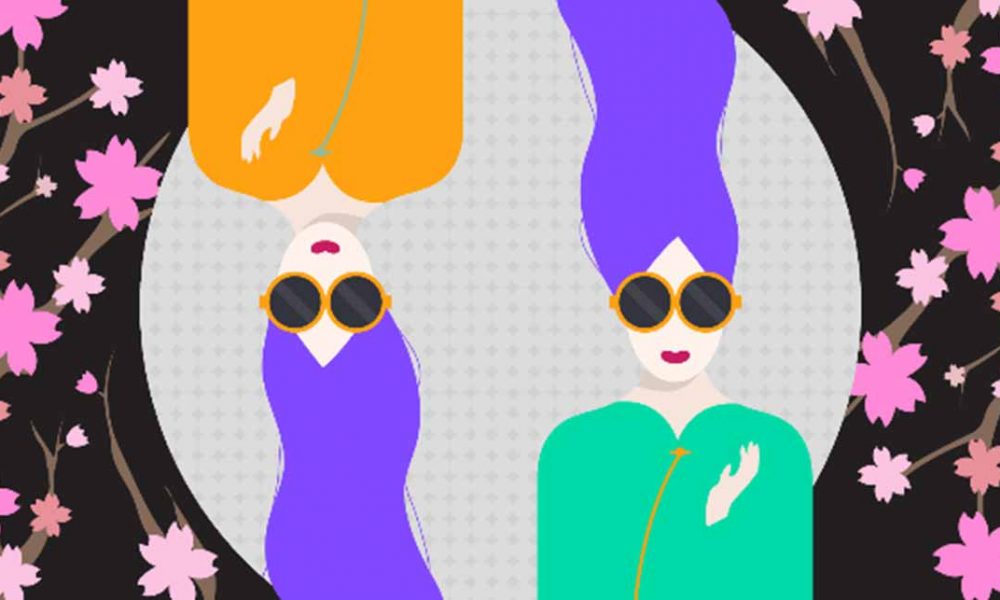 Astrologer Dallas Kalmar hits the charts to give us your stars for March – May. 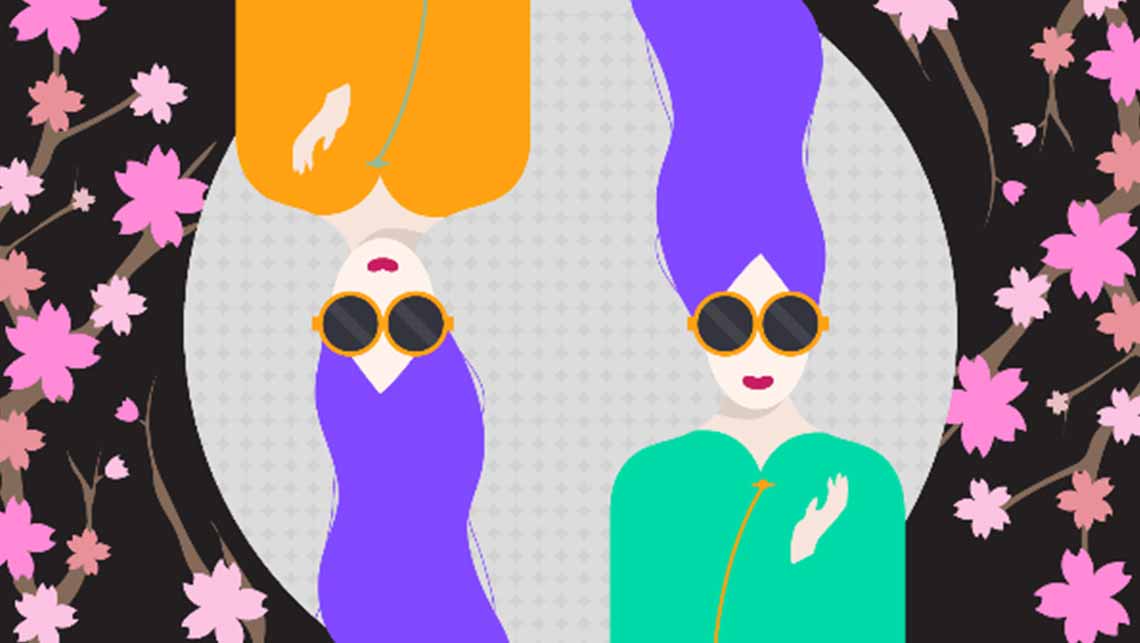 Don’t wanna take a chance on your paper romance (anyway). Happy solar return, Ram! Your personal new year officially begins at the March 24 new moon (remember to set those intentions!). However, thanks to sumptuous Venus in your lush (and seemingly ‘flush’) fiscal house, the festivities find you early this year – and sparing no expense. Luckily, another new moon in the same sector on April 23 can help to clear the decks; just make sure said decks are completely metaphorical and avoid any temptations to gamble! This includes giving/accepting a loan (be it materially charged or love-laden) more substantial than your mammoth heart can authentically afford, especially around May 14.

Money, power, respect. Venus saunters into your sign on March 4, just in time to make you feel all shiny and new for birthday season, yes–but more importantly, for the mammoth career phase coming your way! On March 30, go-getter Mars fires up your professional sphere for 6 weeks, so prepare for the best of ample opportunities (and some exhaustive communication while you sift through them) by fortifying your inner life with a strong meditation practice. From April 4, your house of money and self-worth grows brighter. One’s net-worth is only as great as one’s network as they say, so make a relevant wish on May 22 and call in a favor.

Man plans and God laughs. March could find you in comprehensive recovery mode, as infomania planet Mercury (your ruler) finally concludes its Reject Step routine between your travel and career spheres on March 9. You may have to weather a professional squall or think outside your inbox, but the next three new moons–especially March 24 in your communal house of technology and startups (then April 23 & May 23)–will breathe fresh, solution-based versatility into your stalled missions. On April 3, Venus embarks on a staycation in your sign until August, bestowing you with ample glitz and gumption to transcend any company or couple-related curveballs.

A rooster needs a sunrise before he rises up and sings. With ‘me-first!’ Aries all fired up on your house of honors and professional reputation in March, you could experience a belief breakthrough, divine idea or emotional epiphany that catapults you to pioneer status in your career. If you’re in the helping professions, this could result from something you experienced directly/first-hand, perhaps painful–but ‘wounded healer’ Chiron here is sitting pretty to ensure it’s for a good cause. Beginning April 4, Venus kicks off a lengthy period of deeply transformational insights to your relationships until August, with May providing a cathartic opportunity for some introspective reveries.

‘Cause we all have wings. Before you read any further: book your career coach, then your therapist/psychic/energy worker. Beginning March 4, Venus looks to primp up your career house for prestige and prosperity in April, when you’ll have ample cosmic support to finally get this thing off the ground! Mars in your partnership zone until May 15th gives your most soul-stirring venture(s) wings, but Saturn’s 4-month station here on March 21 won’t let you fly with the wrong allies. To facilitate your ascent on the right path, a sparkling, opportune new moon lands – you guessed it – in the same professional sphere on April 23. Set some clear intentions, then heed May’s Mercurial message for quantum self-care.

Try and give yourself some rest. You may need to address (or get a second opinion about) an ailment and/or test results you received prior to March 15–think digestion (avoid hot or highly acidic foods!), inflammation, circulation, bones/joints, to name a few. Or, perhaps you must revisit a contract/work assignment you thought was SO done. Stickler Saturn marches in here on March 21, bringing these concerns to the undeniable fore until July. When Mars barrels in on March 30 for 6 weeks, you’re at risk of overdoing it. Prioritize balance and don’t let it get to that point, because ‘20/20 hindsight’ is the last thing you want to be feeling when it comes to your work and health zone in 2020.

I got the kind of love That’s gonna make you higher baby. March is outwardly about the ‘we’-factor, but you’ve got the upper hand all month long. With a Virgo full moon in your chart’s intuition corner on the 7th, you’ll know just what to say to pave the way (although you’d benefit from an active listening exercise or two before a big meeting or bearing of the soul–i.e., ”this is what I heard–is that what you meant?”). On April 22, count your blessings. An attitude of gratitude breeds more reasons for the same, so be intentionally receptive with a list and fresh perspective when the new moon lands in your investment zone. Ask, believe, receive!

Shake what your mama gave ya. Your maternal fourth house is activated in March, offering up some introspective moments for healing any unresolved ‘stuff’ with the women/mother(s) in your life. Saturn here through July 1 blows the whistle on the way you divvy up your own mothering energy–towards others and yourself. The March 24 new moon hits ‘refresh’ on your wellness zone, and this theme is echoed a month later on May 7, when you’ll have lunar carte blanche to shift your focus back to where it came from. Think of this full moon as your very own half-birthday gift from the Cosmos–even if it takes a couple of weeks (or months) to unwrap it.

Oh, no time to rest–Just do your best. ‘A watched pot may never boil,’ but the powers-that-be been watching you simmer since September. The Virgo full moon on March 9 illuminates your career corner, and with both Jupiter (expanding) and Mars (cranking up the heat) in your money-kitchen until mid-May, some of your most solid innovations could runneth over into ‘brilliant’ territory. You’ll be nothing short of an evangelical powerhouse, but beware the over-share in your closest partnerships. To skirt any irreparable damage, Venus retrograde in Gemini emphasizes the act of listening. Especially where love and finances are concerned, don your Don (Miguel Ruiz) by being impeccable with your word.

It’s magic… Ablaze with excitement are your long-distance travel and romance sectors, which could play out well beyond May. Whatever’s been brewing since late August of last year is about to come to a head–be it a trip, legal issue or simply the wrap-up of a big project or degree, courtesy of the full moon on March 9. With Venus in your (gl)amour house until April 3, Romance on the High Seas could also be in store! In traditional Taurus, you should channel your inner Doris Day or Omar Sharif equivalent and gear up for some sultry, old-school magic in affairs of the heart.

Nothing’s fast or slow. If you think you haven’t had a chance to #getitsorted by the March 21 equinox, brass-tacks Saturn bids Mars farewell and sets up camp in your sign to align you with a preview of what that means until July 1. Hint: while ‘they’ may say it only takes three weeks to form a habit, the Zodiac’s life-structure foreman reminds you that the soundest foundations are built one brick at a time–and three years is more like it! Mars in your sign acts like free PR until mid-May. Bring your A-game around May 7, and the full moon in your professional corner might give you reason(s) to celebrate soon enough.

Oughta be prayin.’ April finds you in a notably introspective and perhaps exhausted state, with expansive Jupiter in your networking sphere and Mars igniting your ‘soul-itude’ house of cathartic release until mid-May. Meanwhile, paternal Saturn is camping with Mars until July, so this could be a time of epic restructuring in your relationship with the masculine–dad, mentor, within, or otherwise. Conversely, the May 22 new moon in your maternal home zone holds the space for you to set a restorative intention for domestic harmony, be it where you live now or with the one who brought you into this world. Inner work, deep healing, and just plain sating the Neptunian energy within primes you for a year of happy synchronicities.

Omnia: Second Time Round The Sun