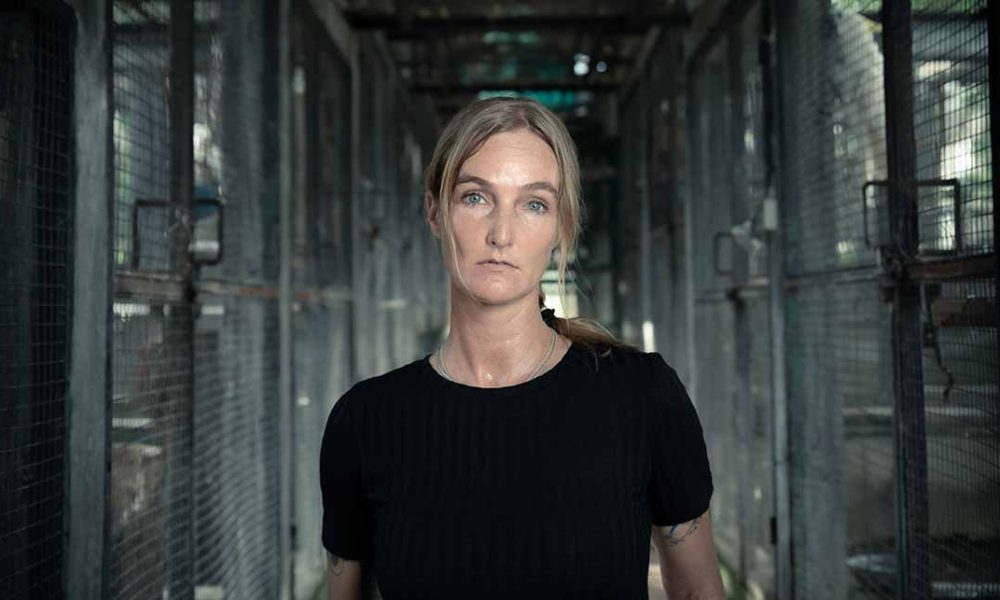 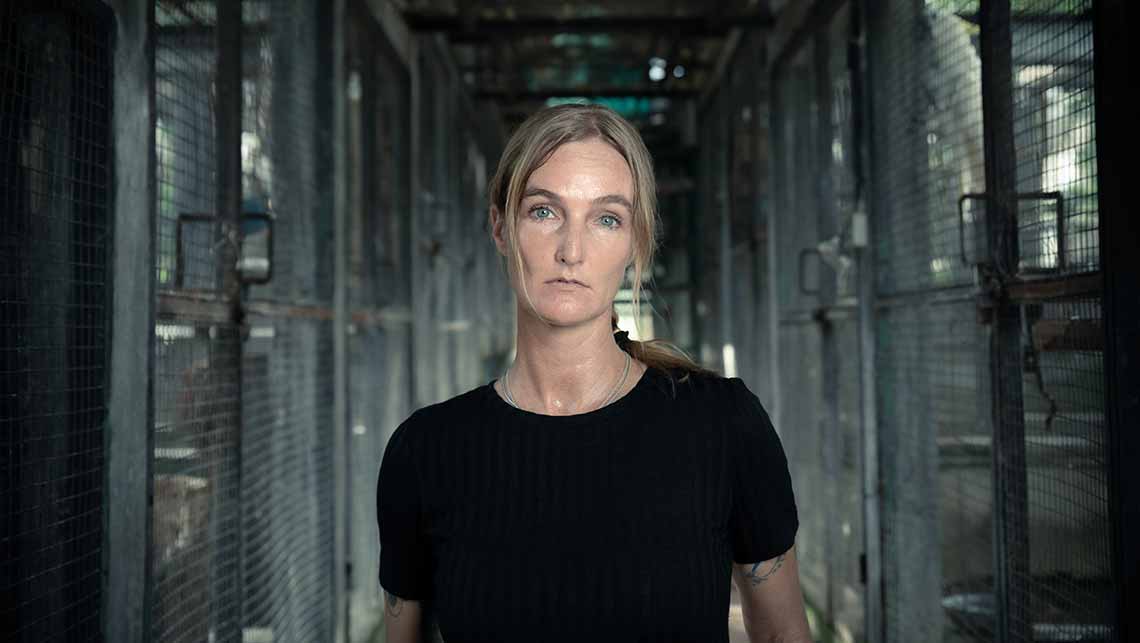 Femke, how long have you been in Indonesia and how did you end up here?

I came to visit my parents in Jakarta when I was 17 on a break from school, then continued my travels to the East Kalimantan Orangutan Rehabilitation project where I volunteered for six months. I returned to Indonesia in 2002 after I was invited to get involved in the setting up of Indonesia’s first wildlife centre, which eventually became a network of six. At that time I thought I would stay for a year maybe, but here I am. The work we did at that time was much needed and I felt very useful.

What is Jakarta Animal Aid Network (JAAN)? How did it start?

After I set up the rescue centre network I realised there was a need for an organization that could effect real change. I’d come to realise that although there were many animal aid organisations, none of them really worked together, with everyone wanting to be the captain … which is why the ships kept sinking, or in my case, why there was a lack of coordination in helping to protect animals. I wanted to set up an organisation that would work as a proper network, connecting people and organisations to stand together to tackle the major issues we are facing – animal welfare and the illegal wildlife trade – through direct animal rescue operations, through education, through lobbying the decision-makers and, when needed, through protest. JAAN now works throughout Indonesia and on an international level with #CombatWildlifeCrime, fighting habitat loss and animal cruelty. We run programs and rescue operations that include raptor and eagle rehabilitation and release in the Thousand Islands, dancing monkey rescue and rehabilitation in Bandung and Jember, sea turtle protection in Flores and other operations in Sumatra and Jakarta. We also have a dog rescue centre in Jakarta set up by my colleagues and co-founders, but I mainly concentrate on the wildlife division @wildlifeaidnetwork. We are supported in Europe by wildlifewatchdogs.com 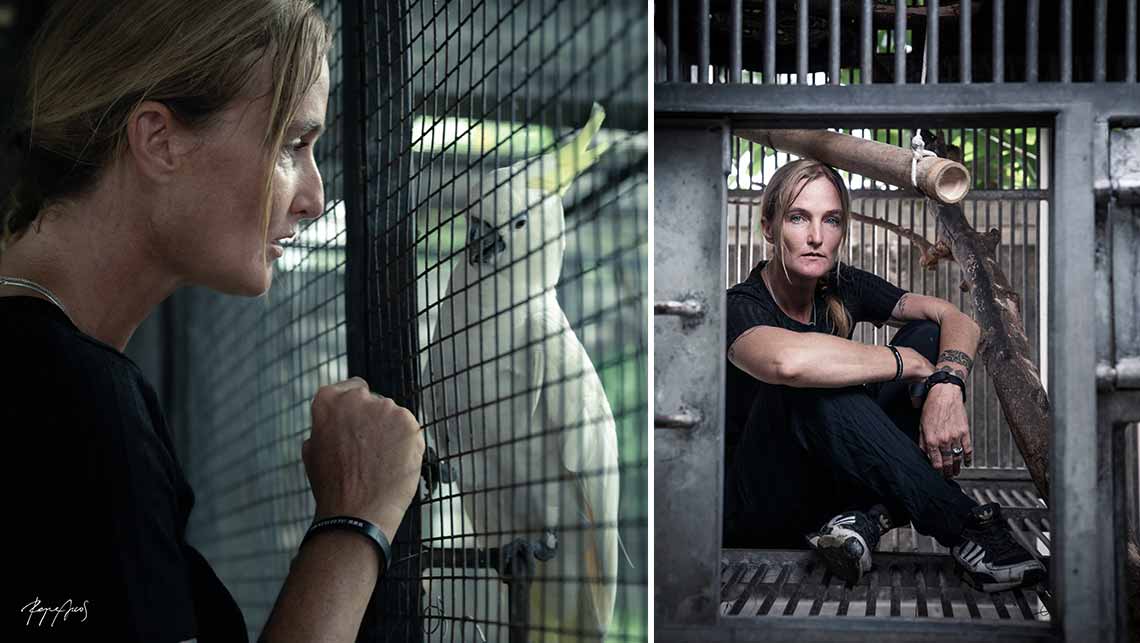 How have attitudes to what you do changed in Indonesia from when you arrived here?

Standing up for animals was something that was completely new to this country when I first arrived.
Animal Welfare wasn’t understood and most people didn’t take me seriously. The animals we confiscated from the illegal wildlife trade would often end up back on the market due to corruption. Wildlife was seen as a product to provide an income for the country – when we set up our first rescue center next to the international airport, animals that were being smuggled wouldn’t be confiscated and dealers would get away with just a ‘fine’. It was also extremely hard to get any financial and technical support for the work we did. We were receiving all kinds of animals, including species I never even knew existed. It was all DIY. I had to treat them, with the team working around the clock to keep the very fragile victims of the illegal wildlife trade alive and healthy on very limited resources. As a veterinary paramedic I could provide medical care for confiscated animals but I learned so much in the field in those years because I had no choice but to do it all myself. There was no one else. I sought advice from people all over the world about how to care for the different and special animals in our centres in order to ensure their wellbeing. We had a small team, all locals, all super dedicated but with no background in animal husbandry. But we did it, we relocated crocodiles, we released eagles, we treated snakes … now we have a huge network of local volunteers and people from as far as Papua report to us about animal abuse, or animals traded. People are rising up. Animal welfare is important in Indonesia, and has now been recognized by the government as a priority. 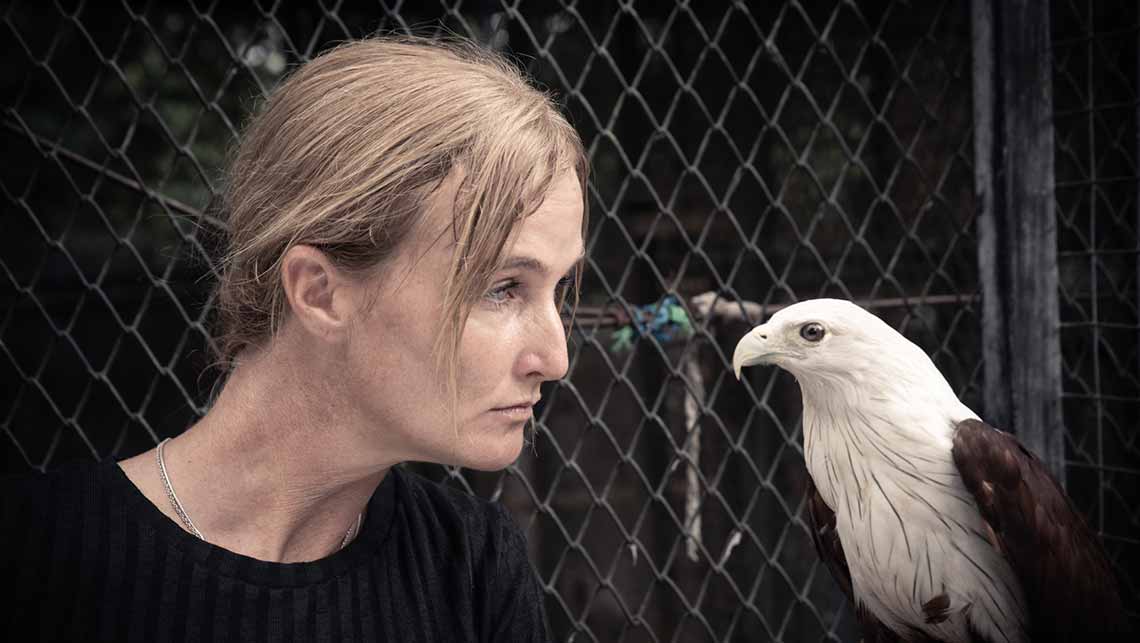 What is the one thing in Indonesia you would change if you had the power?

I would build ethical tourism in areas where the forests are now being cut and destroyed. These forests are so pristine, so beautiful and so full of life they are the best assets for this country. People from far and wide will want to visit and learn about the endemic and beautiful animals that live within. Instead of allowing companies to run riot and destroy these forests and wipe out whole eco systems for their profit, the country should keep them intact. In the long run this would really benefit the surrounding communities and the animals that live within the forests.

How did you make the transition from loving and wanting to help animals to becoming a woman who lives her life serving them?

I can’t stand injustice. I always felt like I wanted to take action and once I realised that what I do is making a positive change, it became my life.

Do you think part of the problem is the idea that most people are unaware or desensitized to the fact that animals feel pain, loneliness and isolation when in captivity? Why does it continue?

Yes that’s precisely the problem. People lack compassion, people don’t realise that what’s happening affects us all, even if it is indirectly. When I see an animal, or a human suffering, and can reach out to help … why would I not do that? 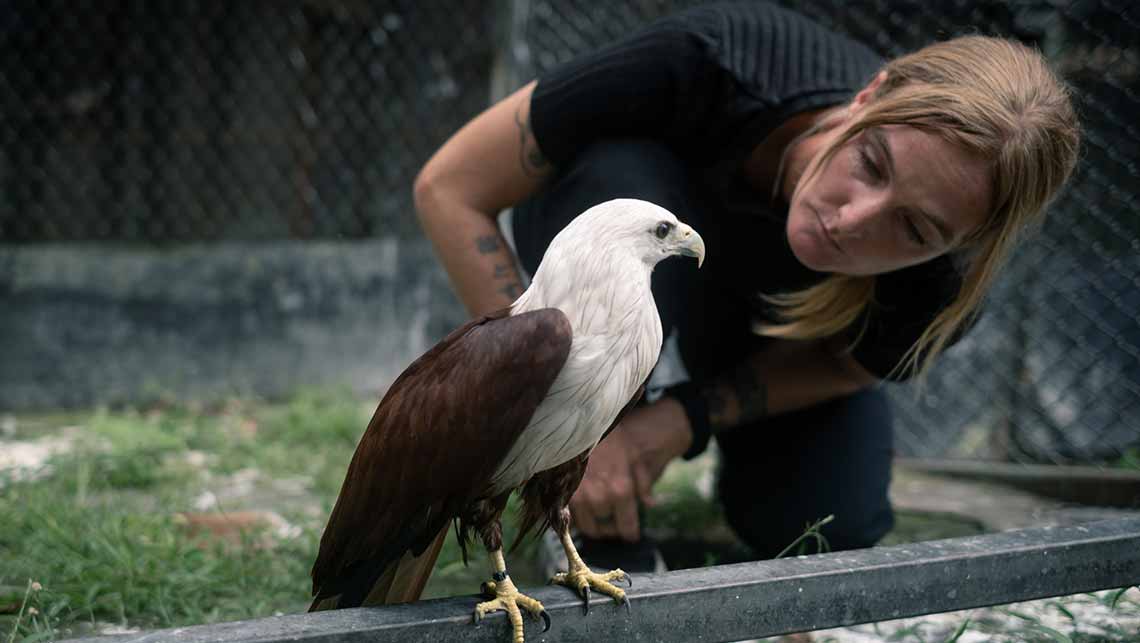 What does an average week look like for Femke?

I have no average week. My agenda changes by the hour as we respond to animals in need.

Tell us about some of the most heartbreaking / heartwarming rescues you have been involved in.

We have done so many rescues in extreme and amazing situations … I can share a few:

The first birds we rescued back in 2004 while at the newly founded rescue center next to the airport in Jakarta were being smuggled out of the country inside PVC pipes. These young Brahminy kites were heading to Saudi Arabia and fortunately we had the chance to nurse them back to health and release them after a long period of intensive care and rehabilitation. Seeing them soaring the skies was beautiful and the start of our long-term eagle rehabilitation program through which we rehabilitate the endangered mascot of Jakarta, the Brahminy kite (Haliastur Indus). In 2014 we received a plaque of honour from the President for our work in protecting the Brahminy kites of Kotok Island. 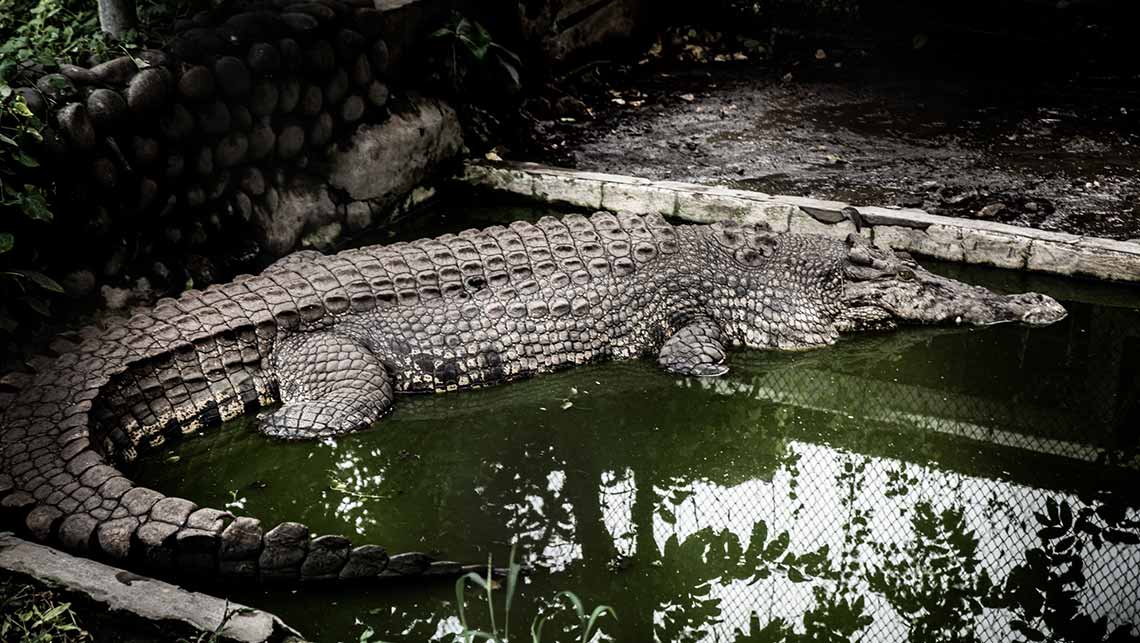 Siamangs also have a special place in my heart as they are highly intelligent primates and very sensitive. Sadly, people like to keep the babies as pets and will kill the mother to obtain the young. The babies often get shot at and have air rifle pellets in their bodies … we always have to check all babies for pellets and often surgery is required. Once we rescued an older male I called Grandpa. He had been captive for so many years in a small cage and his face looked so grim and so depressed. I would walk him daily in the center, where we had a few trees he tried to climb. When he finally managed to climb up, he looked at me very proudly as if to say, ‘I am a Siamang gibbon again, thank you’. I will never forget that look on his face.

With the support of then Governor, now president, Joko Widodo, we managed to ban dancing monkeys in Jakarta and through the years we have rescued over 250 of them. The first mask I took off a monkey’s face felt like a huge victory and we are very proud that we could stop this brutality.

At the Melka Hotel in Bali, six dolphins were kept under horrific conditions to allow tourists to swim with them. It’s quite obvious that all dolphins in captivity suffer tremendously, as they are kept in chlorinated water and are starved to perform and do tricks and entertain people. They also have their teeth removed, which means they cannot survive in the wild. For many years we collected evidence about the poor treatment of these dolphins at the hotel, and after the death of a dolphin named Gombloh the authorities requested us to relocate those remaining. With my greatest supporter the Dolphin Project we relocated the dolphins to a large sea pen, where they now thrive. This project is very new and the dolphins are now undergoing rehabilitation. Being able to lift them out of those chlorinated swimming pools and return them to their home, the ocean, was an amazing feeling for everyone involved.

The Family That Surfs Together Stays Together