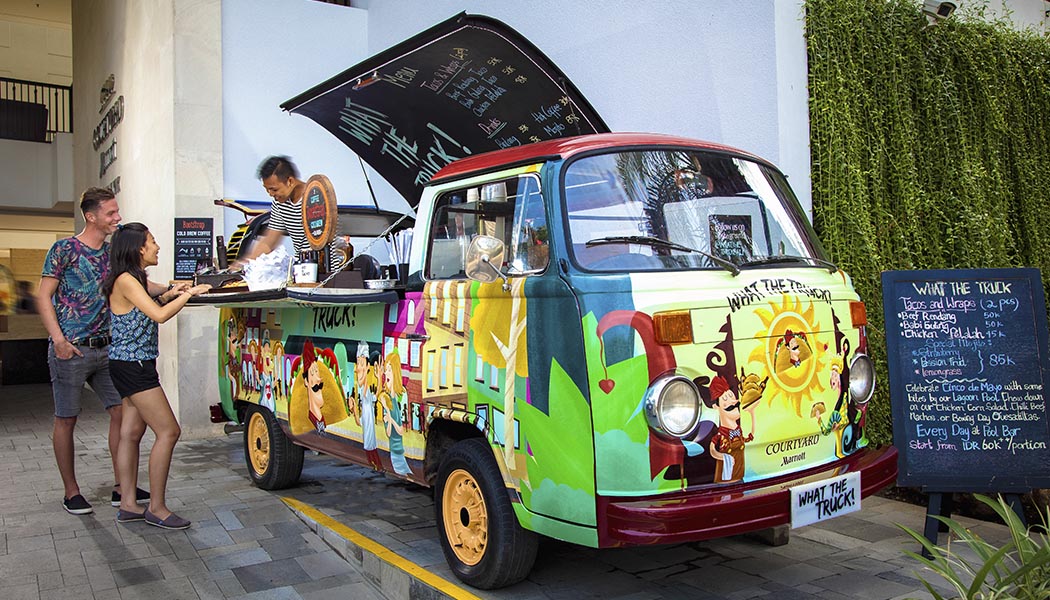 Roll up roll up . . . to the VW Combi at Courtyard by Marriot Bali Seminyak.

What The Truck? It’s marketing genius … and Courtyard by Marriott Bali Seminyak has landed this gem of an idea into the lap of Seminyak. Yes, food trucks have been around for a while, and according to The New York Times magazine, can be traced back to 1872 when Walter Scott cut some windows into the side of his van and sold sandwiches and pies to journalists on deadlines … so we at The Yak feel very beholden to Walter, and to the US of A! 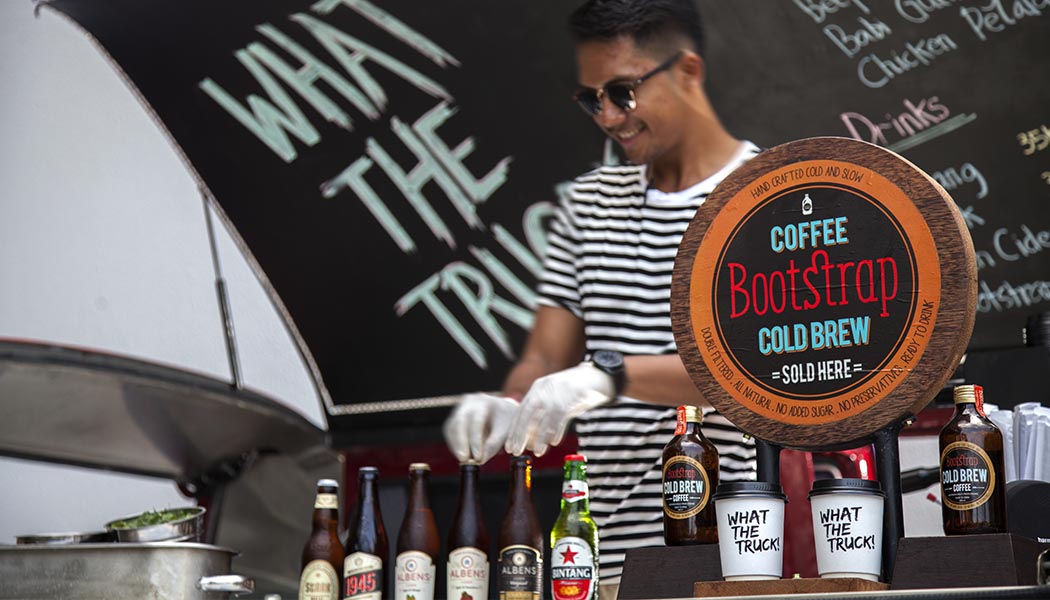 Same era, but on the other side of the world, Indonesia was already town-crying their “kaki lima” (Indonesian for five legs – or to clarify three legs – two of which are human and one of which is wood, plus two wheels) these mobile food maestros have been plying their wares up and down narrow streets, ever-expanding the idea of meals on wheels to suburbia and beyond. 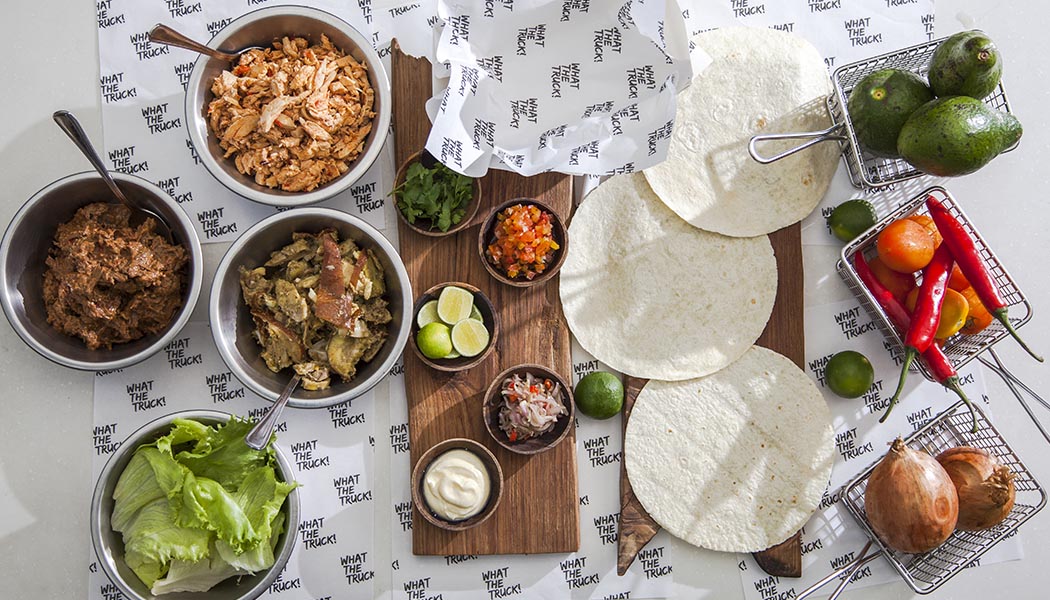 But back to What The Truck; parked curbside by the Courtyard’s lobby, it serves up tangy fusion tacos and wraps accompanied by either a cold Bintang, a chilled Albens cider or a crushed-ice Mojito. What a combination; sounds better than a Starsky and Hutch episode and tastes better than eggs and bacon! From 8am-10pm the gloved-up WTT Team fulfills our cravings for fresh, frozen and fabulous. Breakfast burritos come with an espresso, cappuccino or café latte by Illy Coffee or even a chilled Bootstrap (cold brew coffee). Midday, order up a Combo (a beef taco + a chicken taco + a margarita for a mere 100k nett). Maybe you’d prefer the babi guling taco or the chicken pelalah wrap? Wrap or taco? Mayo, sambal or cheese? 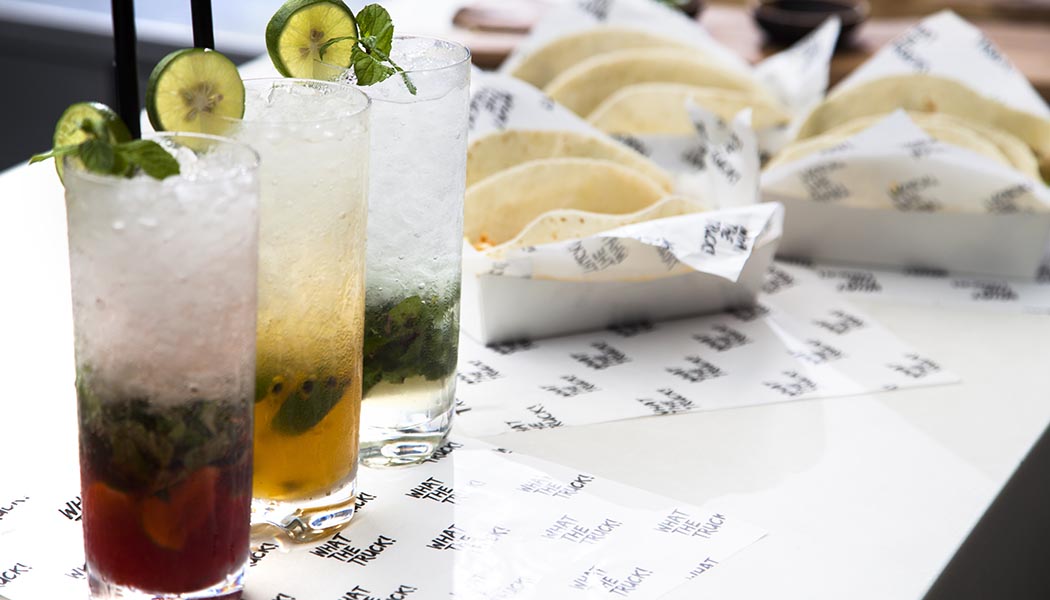 But what about the thirst? Beer or cocktail? Mojito, Long Island, Mexijito, Caipiroska or Margarita. Or you could just quench your thirst with a mocktail.

A team of four, led by the energetic Heri, with iPod playlist pumping, run this 1984 VW Combi with flair and panache. They can been seen at beach festivals, private parties, at food truck gatherings and even in some out-of-the-way spots, as What The Truck and the team are totally up for catering to your private party or event. 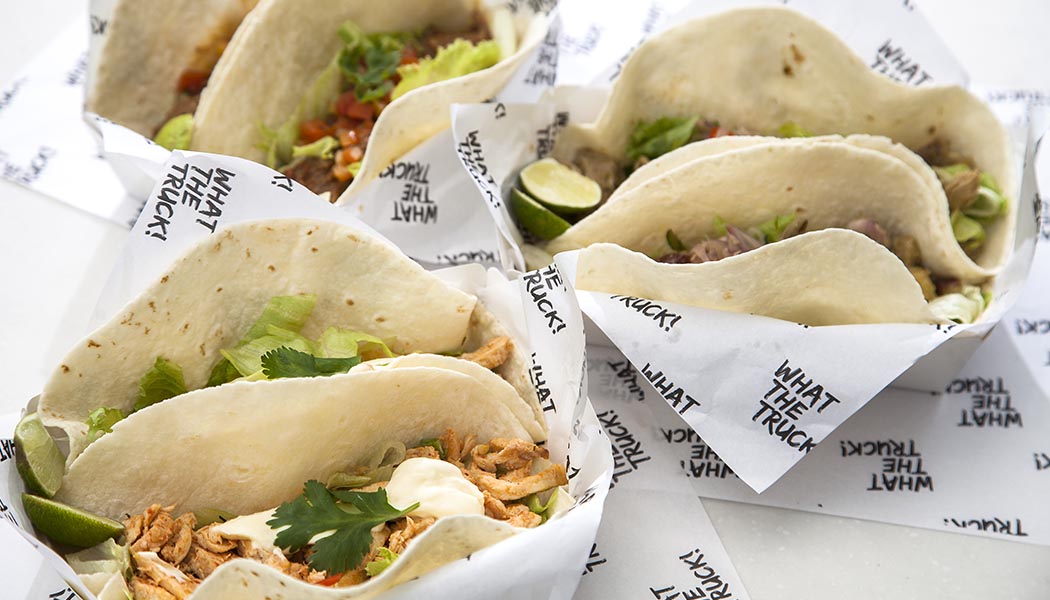 On a side note, What The Truck is about to turn one, and in the upcoming anniversary month it has invited like-minded trucks to come and celebrate its first birthday with a Food Truck Block Party. The party is on; the invites have been sent out. Eight to 10 trucks are heading to the corner next to Courtyard by Marriott Bali Seminyak (on Jl. Dhyana Pura) and they will gather. Expect music, dance and Dj’s and an across-the-truck food styles. (Slated for either March 12th or 18th TBC – check into The Yak Group page on FB for more info nearer the date).

What The Truck likes to party in typical Yak style, so do expect another party sometime in August if you miss this one in March. Until then Taco On and ‘May The Yak be with you’. S.D.