Watermen – it’s a phrase reserved for the very highest beings among a community that revolves around the ocean: surfers, sailors, oceanographers…the kind of people for whom the sea is their blood, their reason for being. Jacques Mayol – the legendary free diver and dolphin researcher, about whom was made the movie The Big Blue – and Tiger Espere, a Waimea life guard, fisherman, surfer and cultural oceanographer, both attained this status, if attain is indeed what happens to lives that appear birthed by their passion. 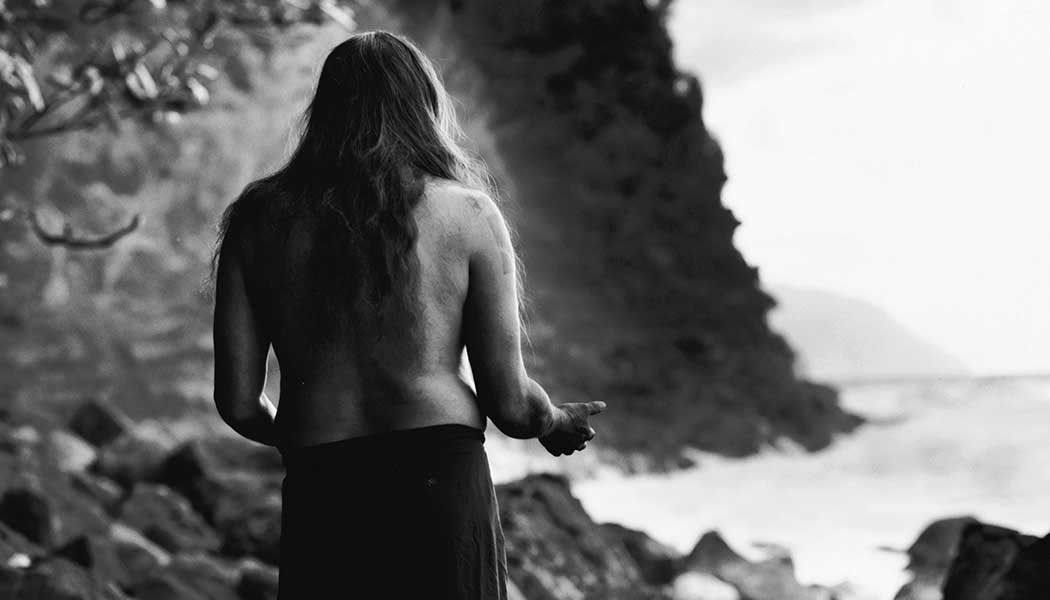 Jacques Mayol was a legend even to those who never encountered him. Born a French national in Shanghai, he was the first free diver to descend to 100 metres – without air, holding onto a weighted sleigh to drag him rapidly to the ocean depths. His heart rate would fall from 80 beats a minute to just 27; the water would flow freely through his nose and mouth; he would become one with the ocean, almost indistinct from the mammals that populate it. His diving philosophy was to reach a state of mind based on relaxation and yoga, with which he could accomplish apnea. His feats were no less impressive given the length of his engagement with the sport: he set a new world record of 105 metres at the age of 56. 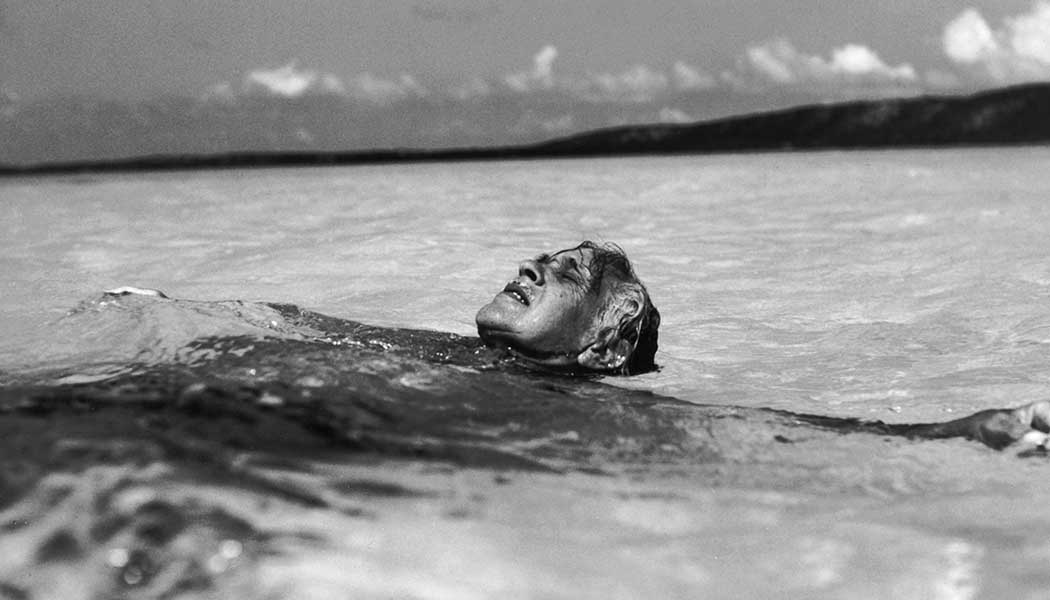 Mayol’s fascination with dolphins started in 1955 when he was working as a commercial diver at an aquarium in Miami, Florida. There he met a female dolphin called Clown and formed a close bond with her. Imitating Clown, he learned how to hold his breath longer and how to behave and integrate himself underwater. It is the dolphins that became the foundation of Mayol’s life philosophy of Homo Delphinus, set out in his book L’Homo Delphinus (1983, published in English as Homo Delphinus – The dolphin within man). Throughout the work Mayol expounds his theories about man’s relationship with the sea, posing the questions: does man really have an aquatic origin? 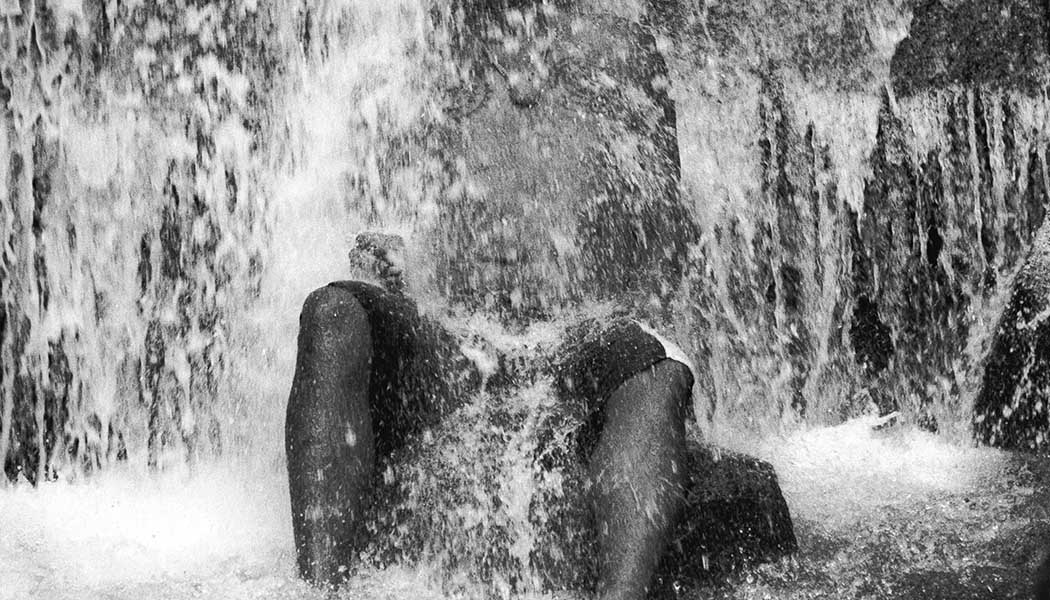 Jacques Mayol predicted that, within a couple of generations, some people would be able to dive to 200m and hold their breath for up to 10 minutes. Today the no-limits record stands at 214 metres (Herbert Nitsch, June 2007). Stéphane Mifsud holds the record for static apnea (breath holding underwater) at 11 minutes and 35 seconds (June 2009). 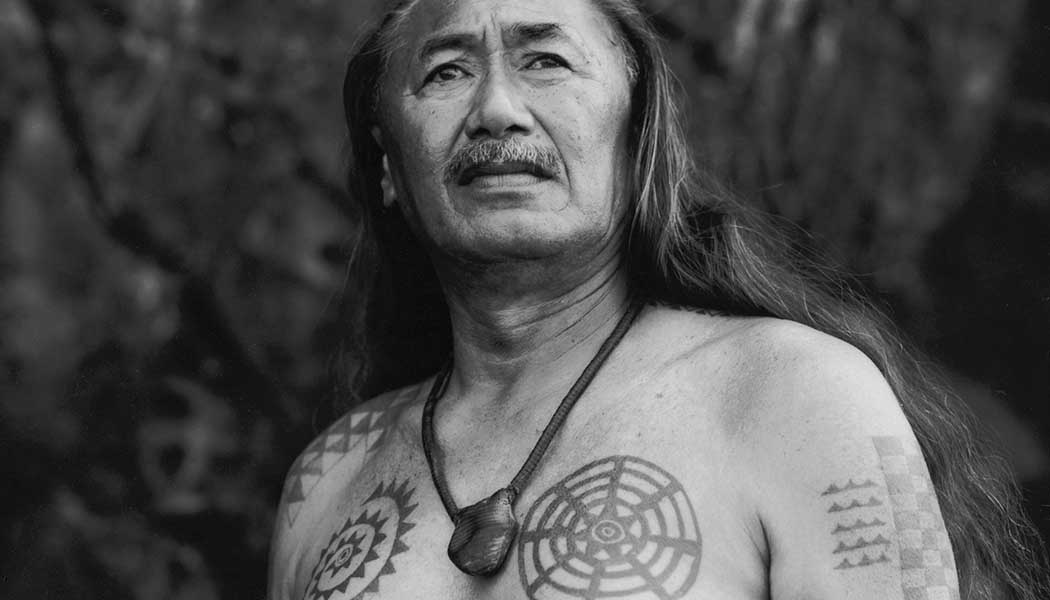 Tiger Espere, besides being at home in the ocean as a renowned surfer and fisherman, was a skilled craftsman who was well versed in Hawaiian culture. He helped build the Hokule’a – a performance-accurate full-scale replica of a wa’a kaulua, a Polynesian double-hulled voyaging canoe. Built to support the anthropological theory of the Asiatic origin of native Oceanic people, and of Polynesians and Hawaiians in particular, Tiger and the Hokule’a undertook many historic voyages on the craft as it sailed from Hawaii to Japan, an almost unimaginable 30-day, 2,500 mile voyage in an open craft, guided only by traditional navigation. 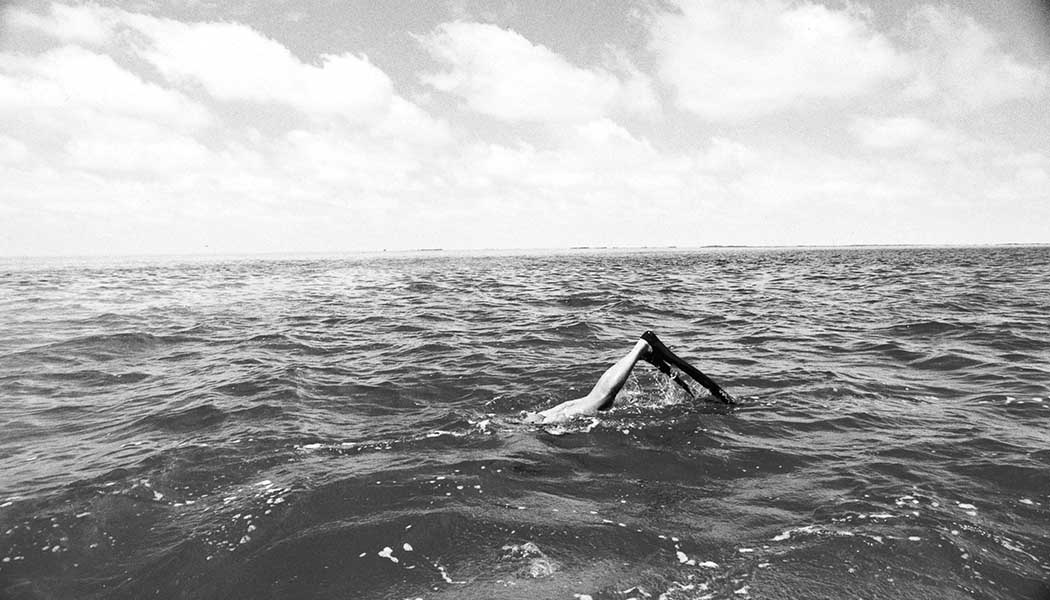 “His contribution was a constant reminder of the relationship of voyaging canoes to the deeper, more spiritual level of Hawaiian culture,” Hokule’a master navigator Nainoa Thompson said. “Tiger’s presence gave purpose and clarity to why we sailed these canoes.” 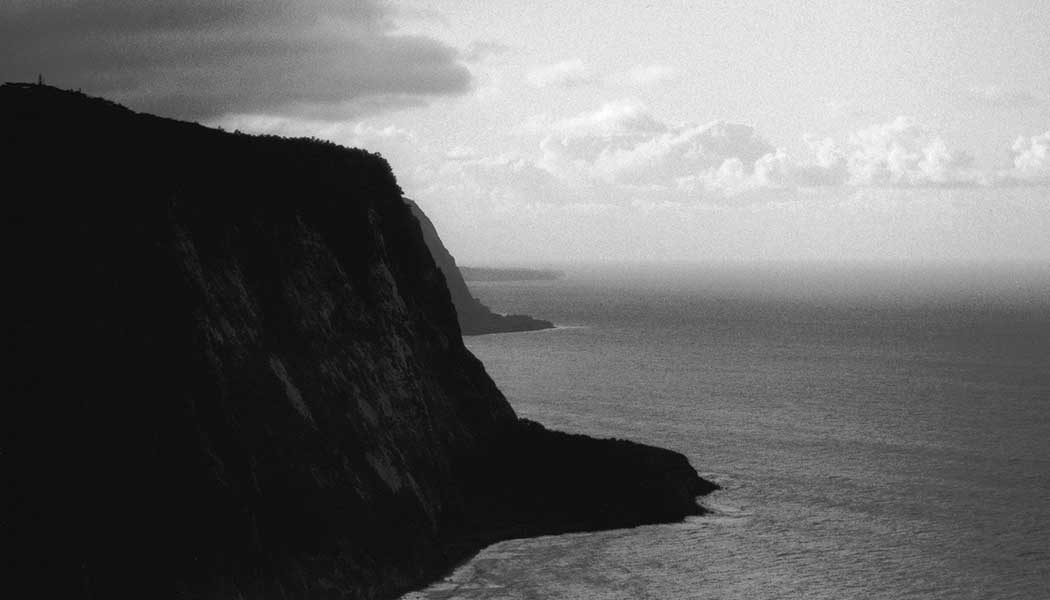 Taisuke Yokohama’s photographs of these two watermen gets as close as is possible in the medium to portraying the real sense of soul within these very special men: people known for their sense of adventure, their warmth, their breadth of spirit and spiritual connection to the past…and the future beyond us. 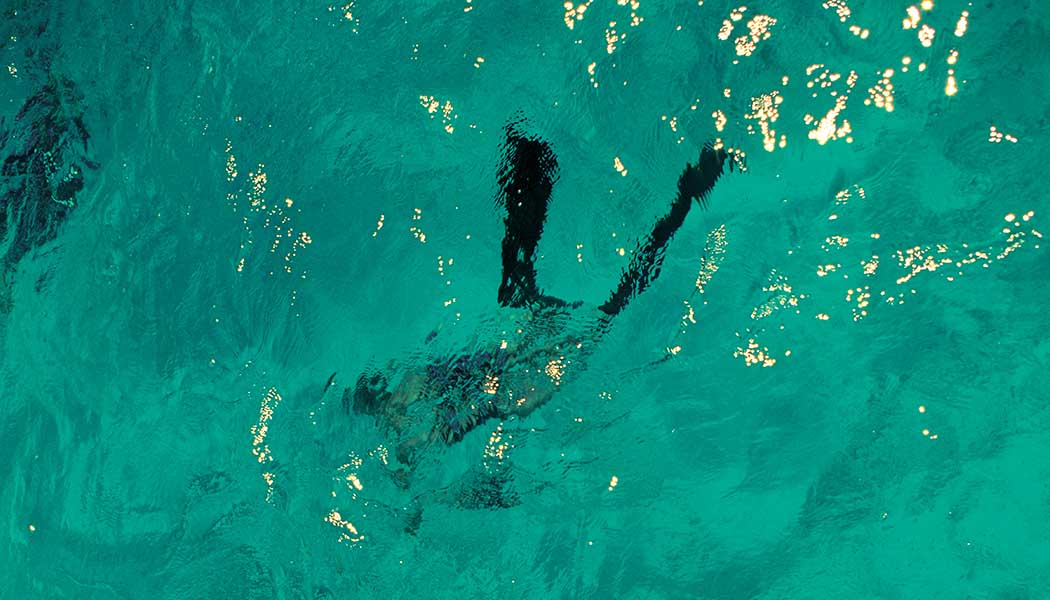 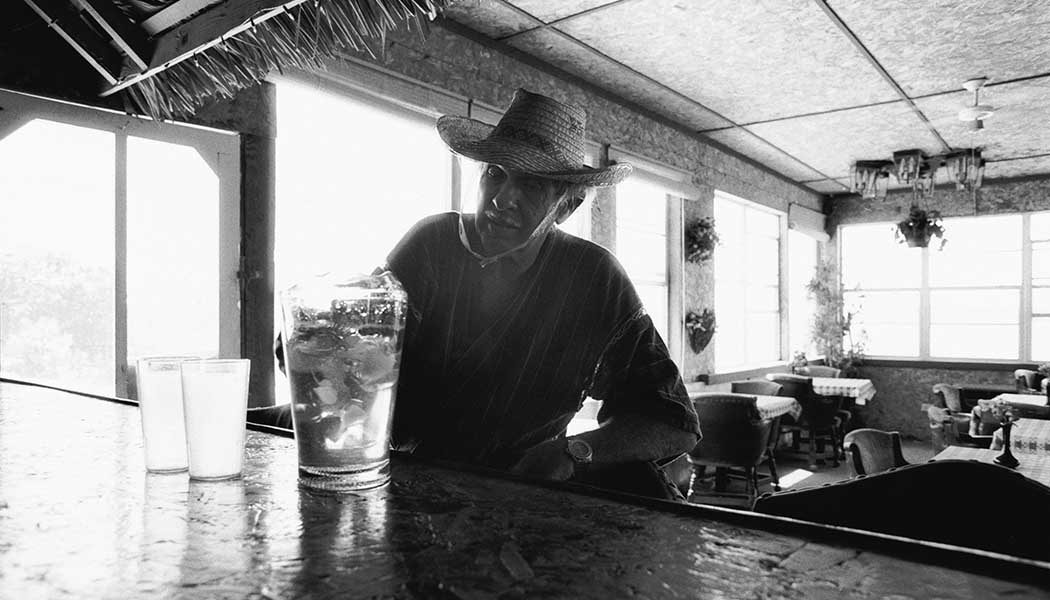 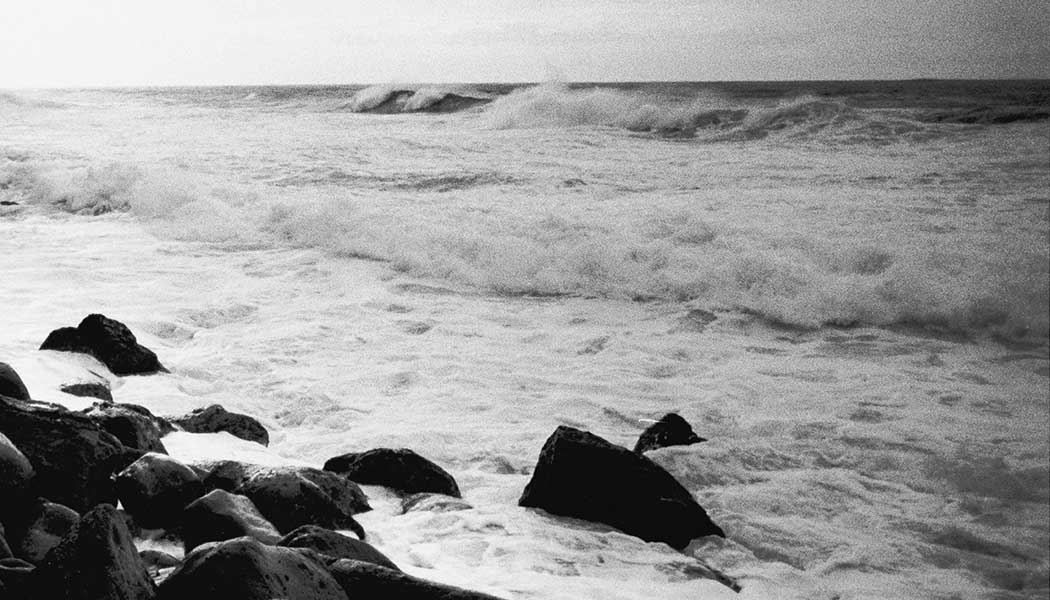