Wah Anarchists To The Core. 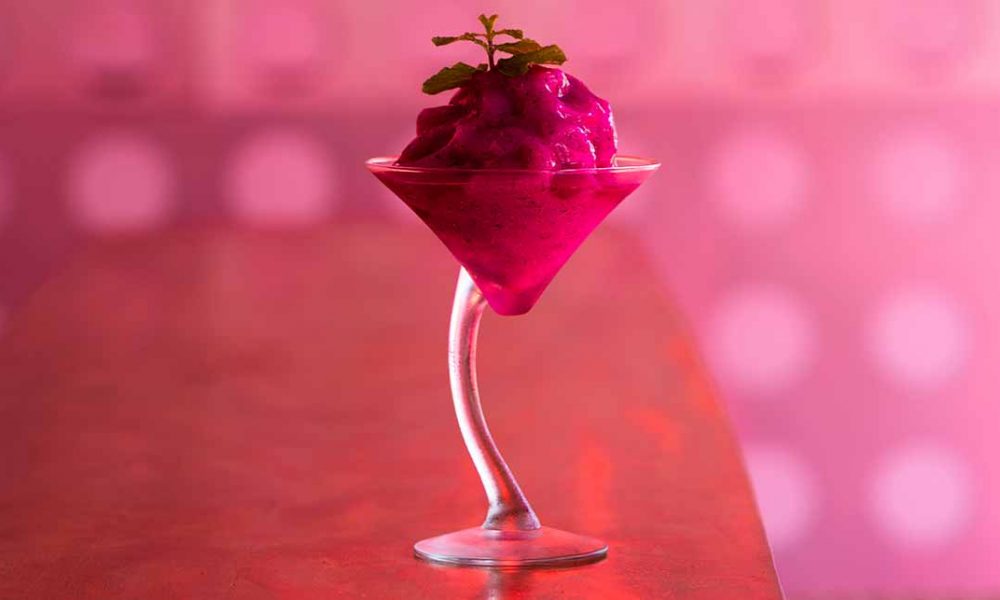 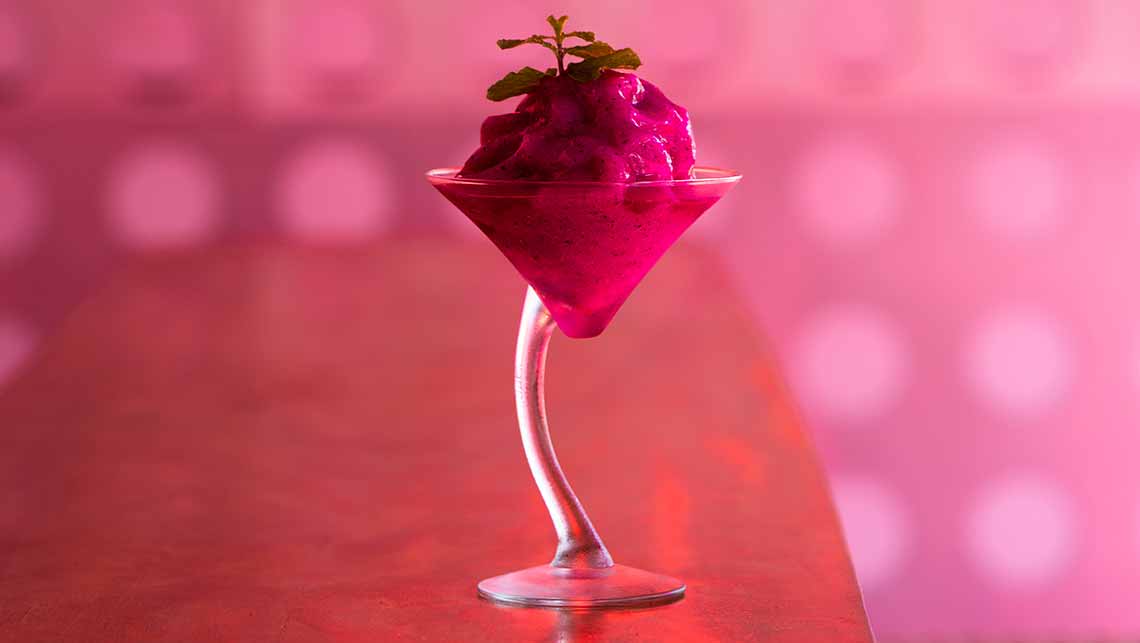 Where else in Bali can a fat juicy vegan burger compete with a wagyu burger adorned with foie gras?

Wah Wah Burger in not really a streetside restaurant but an institution of creativity and fun. It dishes up delicious vegan food and meaty delights with wonderful wine and icy beer.

Expect huge images of Eisenstein, glittering shell chandeliers, neon pink lights, Chesterfield-backed banquettes, big mirrors, black and white-striped cushions and a bird’s eye view for people watching. Look out for an Insta-swing that is in the planning stages.

The motto at Wah Wah Burger is: ‘Vegan vs Carnivore – who is to say? Vegetarians R Rabbits – Carnivores R Not Human”. It’s all good fun and makes great Insta optics.

The menu is vast and embraces dairy-free, gluten-free, vegetarian, vegan and pure omnivore. Drinkers of fine wines, cocktails, beers and those who are tee-total will also rejoice. 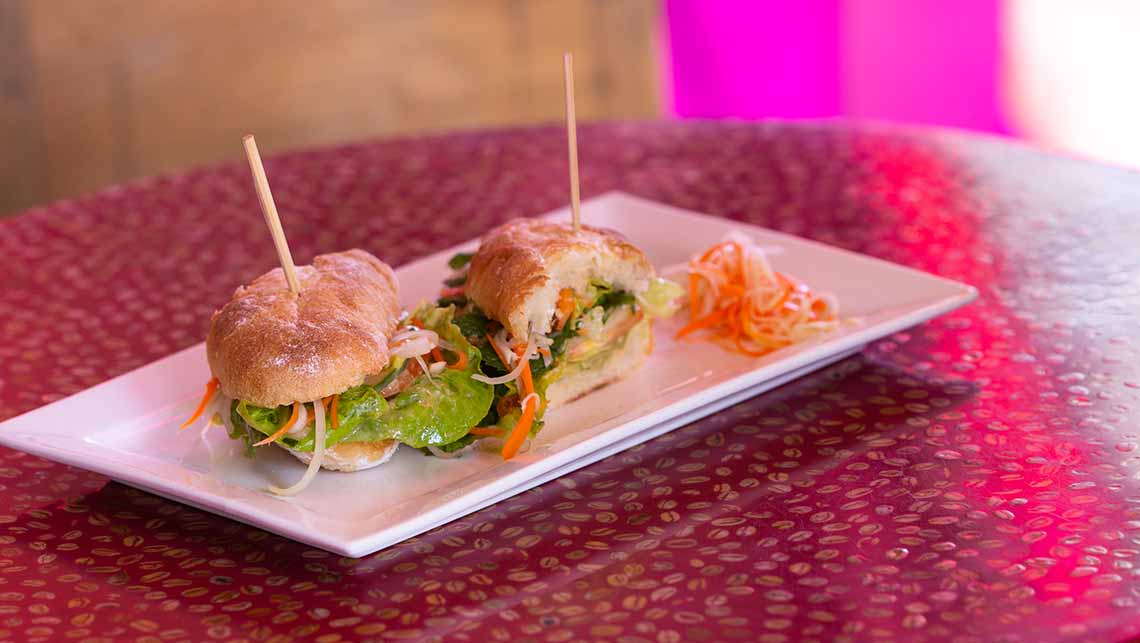 Wah is a people person with a tonne of hilarious charm that is sometimes a trademark among restaurant owning and entrepreneurial Hong Kong Chinese. Emblazoned on the staff polo shirts is the aphorism ‘Wah d’ f#@*’.

“We want the best of both worlds for vegans and carnivores. There is no place where everyone can be happy. So I took the idea to my kitchen and said that we need a place where a couple – a vegetarian or vegan girl and meat-eating boyfriend can go together and both enjoy it,” says Wah.

The result is pretty spectacular. The Deep Purple Burger is possibly the best vegan burger around with a thick veggie patty whose recipe is a closely kept secret. However, it is possible to detect plenty of herbs , purple kale, broccoli, purple sweet potato, roasted pumpkin, sunflower seeds topped with a rich tomato reduction, caramelised onion, fresh rucola and a mustard mayo. This is one meaty burger that is pure vegan. It is so big that one order could easily feed two, if not three yoginis.

The two leading vegan burgers are colour coded with the One & Only Green Burger being free from GMO with a patty made from tempe and corn fritter and served with papaya and carrot pickles, a vegan mustard mayo and caramelised onion. The “Schroom” burger patty is a mix of crushed cauliflower and zucchini, sweet potato, roasted garlic, chives, shallots and a shitake mushroom compote. Also on the vegan menu is a smashed spicy tempe burger that is packed with herbs and pan-roasted. 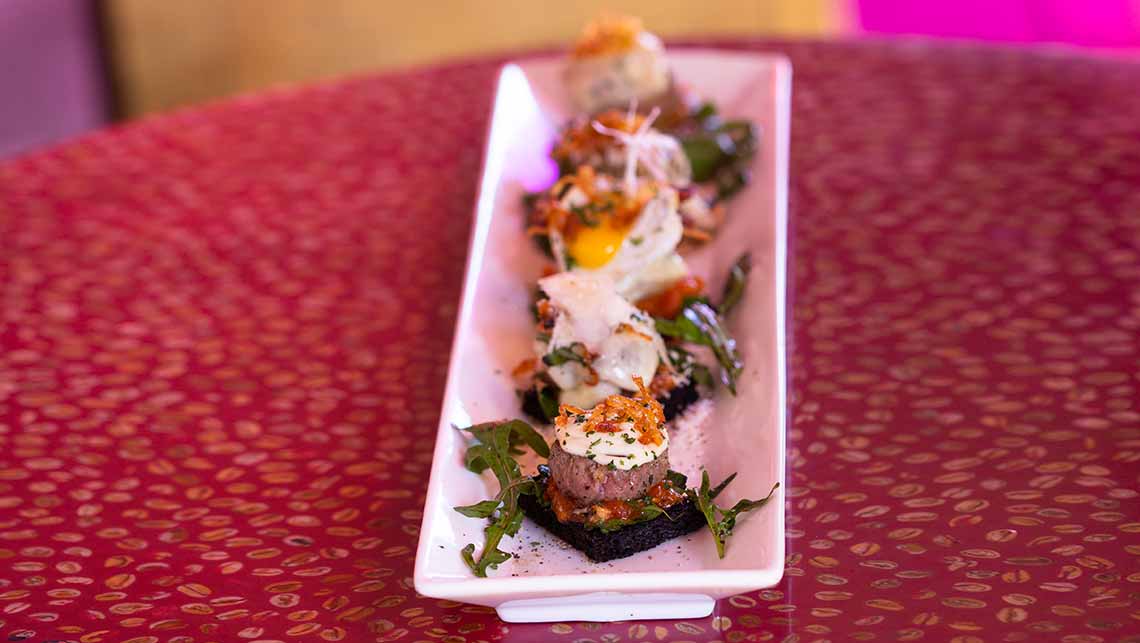 The menu is complex and creative enough to delight the most die-hard of Canggu’s vegan community. It pleases the most prickly diner with multiple gluten-free and dairy-free dishes while MSG, fake colouring and fake flavours are banished from the kitchen.

sliders with mini-Australian prime wagyu patties topped with delicacies like quail egg and foie gras. This dish comes in lighter versions where you can select three, four or five mini slider versions of Wah Burgers’

For those who do not want a burger – then why are you at Wah Wah Burger? – the menu is packed with choices from BBQ pork ribs to soups and truffled mac and cheese. There is even a degustation menu of Wah’s most popular dishes paired with wine. Wah Wah’s wine list is a pretty picture and has some classic choices by the glass to match this amazing burger experience.

Inside the front cover of the menu, both bad and good Trip Advisor reviews have been reprinted without fear or favour with Wah explaining how the big ticket prices for premium items come about by using the best ingredients, with some simple dishes such as potato wedges going through as many as five steps before landing in front of a guest. 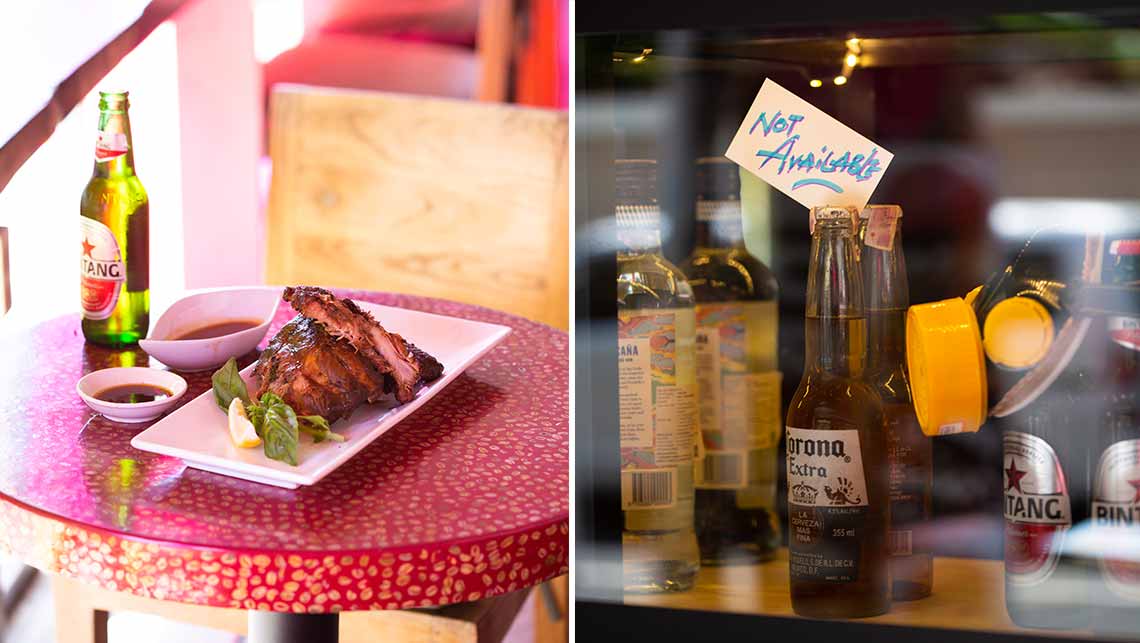 “No corners are cut and no expense is spared down to the smallest detail of the pink rock salt from the Himalayas,” says Wah who noted his burgers will never be made from a frozen beef patty of DNA unknown.

A sneaky vegan pho soup also pops up on the menu. In Wah lore it is created from an ancient Buddhist recipe of shitake mushrooms, bean sprouts, seaweed, coriander, holy basil, mint and parsley in a soup with rice noodles. Why would we not believe him?