Trees And Other Mysteries By Beth Moon 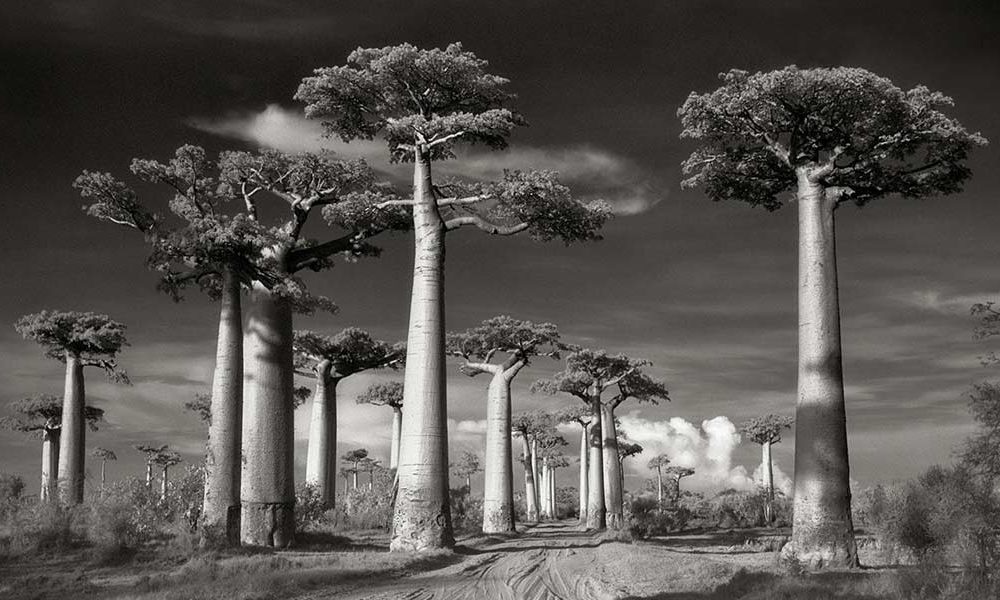 Beth Moon scours the planet for the ancient, the mysterious and the otherworldly, creating timeless and compelling images that ask questions of our world. 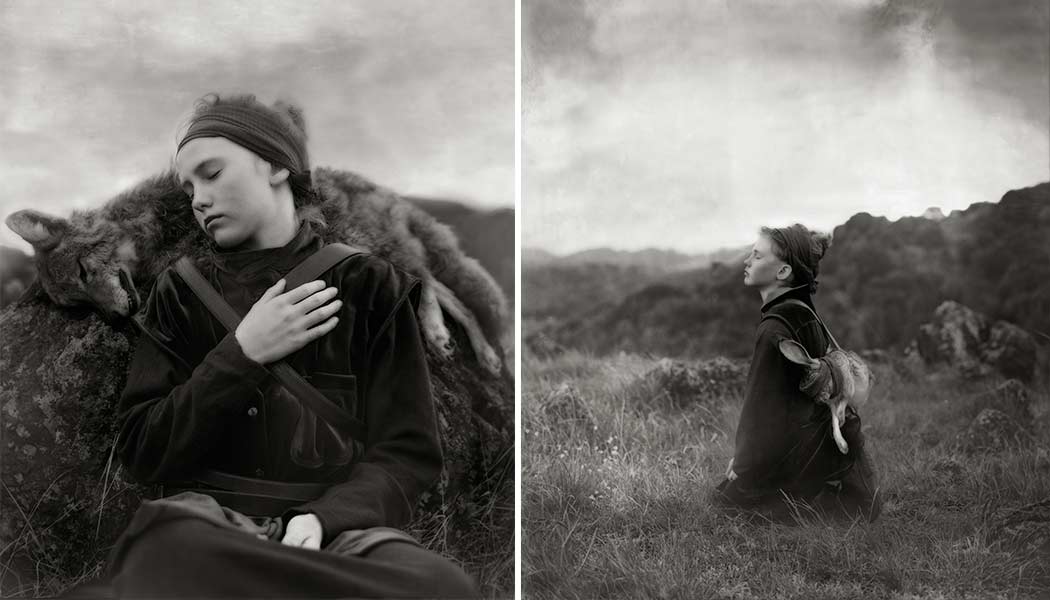 Beth, your photographs are deeply founded in mystery … and they seem to span generations rather than just lives … are these themes that you look for before embarking on a subject?

I believe a sense of timelessness can set a more abstract stage, encouraging a unique personal narrative. The images I like the best take the viewer so far, and then they are left to imagine the rest. It is a delicate balance. 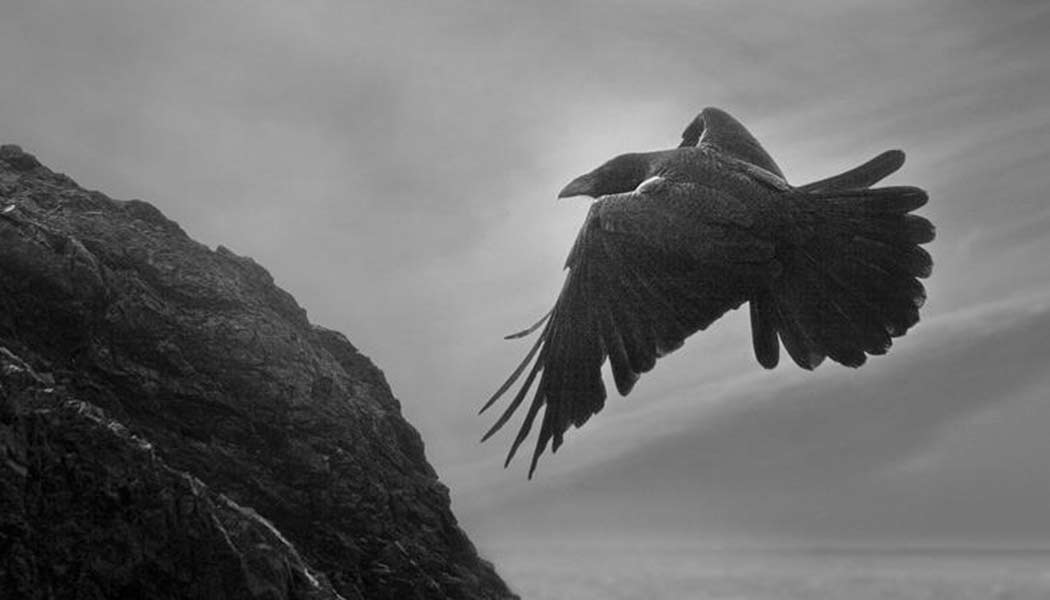 Your book Ancient Trees: Portraits of Time show trees we literally have never seen before. Are they even of this planet?

Some of the trees that I have photographed exist only in certain parts of the world, for example, dragon’s blood trees are unique only to Yemen, or likewise, certain species of baobabs can only be found on the island of Madagascar. These rare trees show a variety not otherwise seen.

Severe weather conditions can also appear to give an other-worldly appearance. The monsoon winds are so severe, the people that live on Socotra are not able to go outside for four months of the year. These winds sculpt and shape the tree’s branches that reach up to the sky, almost like an umbrella blown inside-out.

What first inspired you to track down the world’s biggest, oldest and rarest trees?

I have always had a great appreciation for the natural world, but it was after a visit to an ancient yew while I was living in England that I became entranced with the idea that trees could live thousands of years. Learning that one of the first trees that I photographed, the largest maiden oak in England was severely damaged by a major storm six months later, gave me a greater sense of urgency and I was determined to record as many as I could. 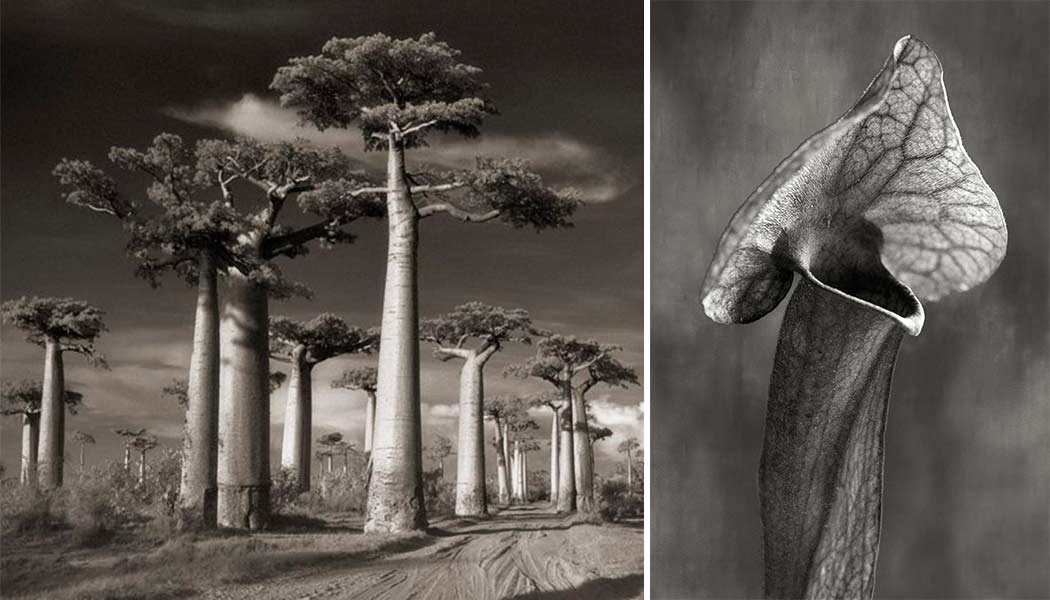 Do you ever get the chance to revisit any of them?

There is always a strong draw to go back! Yes, I have been able to revisit some of them, not as many as I would like, but I am always happy when I am able to. I have returned a number of times to the National Sequoia Forests in California (there is just so much to see!), as well as the White Mountains where the bristlecone pines grow. Occasionally I am able to take a detour to a special oak or yew tree while traveling in the countryside in England. I am always invigorated by these visits. 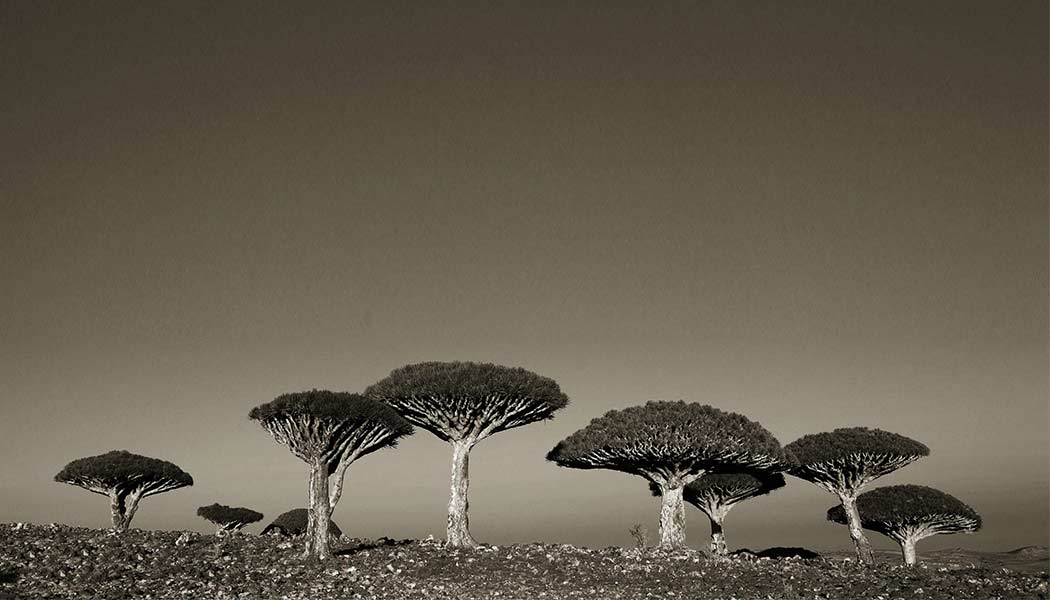 Tell us about the platinum/palladium process that you use, and the importance of paper in your work.

Yes, paper is key for me. The platinum/palladium has a very long, delicate tonal scale with a rich palette of soft grays, warm browns and deep blacks, but I love the tactile feel of the cotton watercolor paper I use. It has been made in the same mill in France for the last 400 years, and since the metals actually sink into the paper fibers, the print will never fade – the perfect process to honour the long lives of the oldest trees! 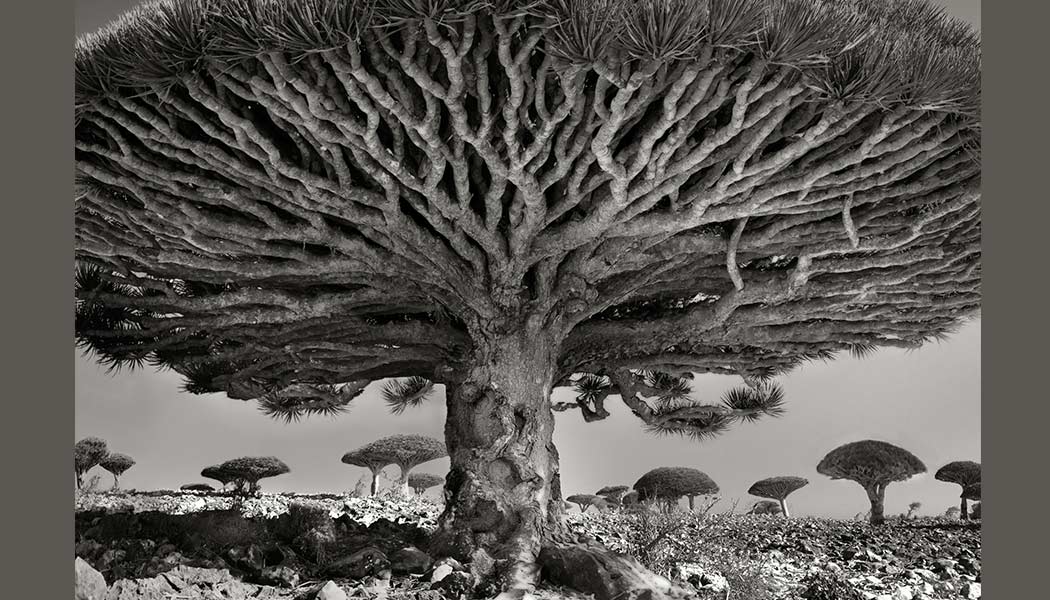 In Thy Kingdom Come, and how did you construct those images? Are those animals actually dead? What was that journey?

My family and I had just moved to the west coast of America from London and we spent a lot of time outdoors hiking in the wilderness. Looking back, it is hard to imagine that we came across so many dead animals over that three-year period, but we found them so fascinating. We were able to study up close what we usually only saw from afar. I tried to photograph the animals, but somehow the photos looked incomplete. My daughters are very compassionate and big animal lovers and at the same time it was a time in their life when they were trying to understand the concept of death. Usually we buried them, but one day I came home to find one daughter holding back tears with a bird that she had seen fall from the sky. They were studying animal totems in Native American culture and the concept of animal spirits in school. We decided to honour the bird by photographing it and the collaboration began. 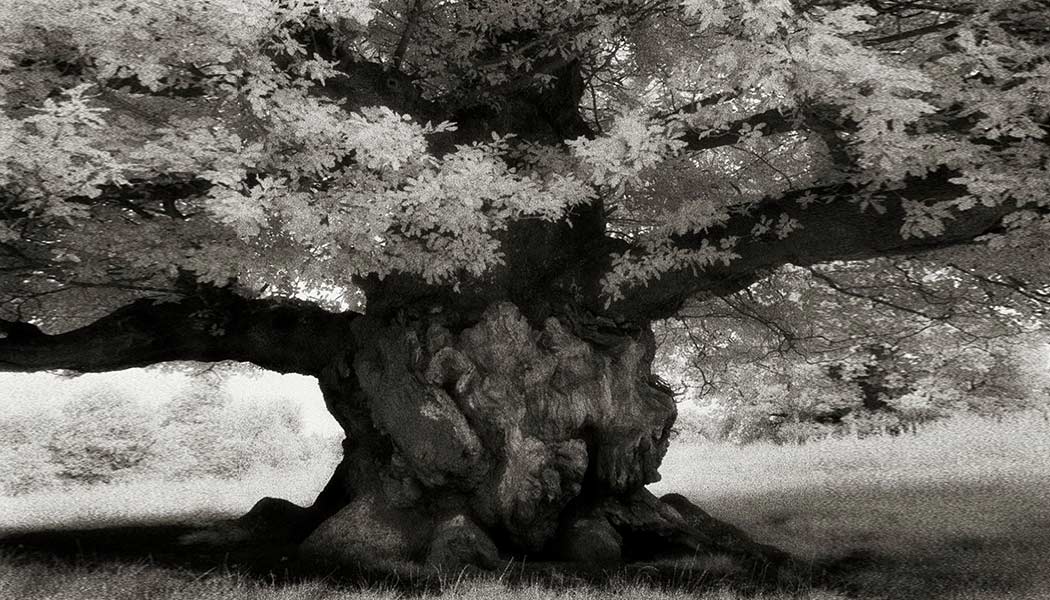 How did you start in the world of photography, and why have you stuck with it?

I was a fine art major in college but a self-taught photographer. I picked up a camera when I decided to start recording the trees. I thought this would be the best process to use. Starting with a photograph is only the beginning of many decisions. I have stayed with this process because I am never bored. There are so many options with photography and print making to choose from. 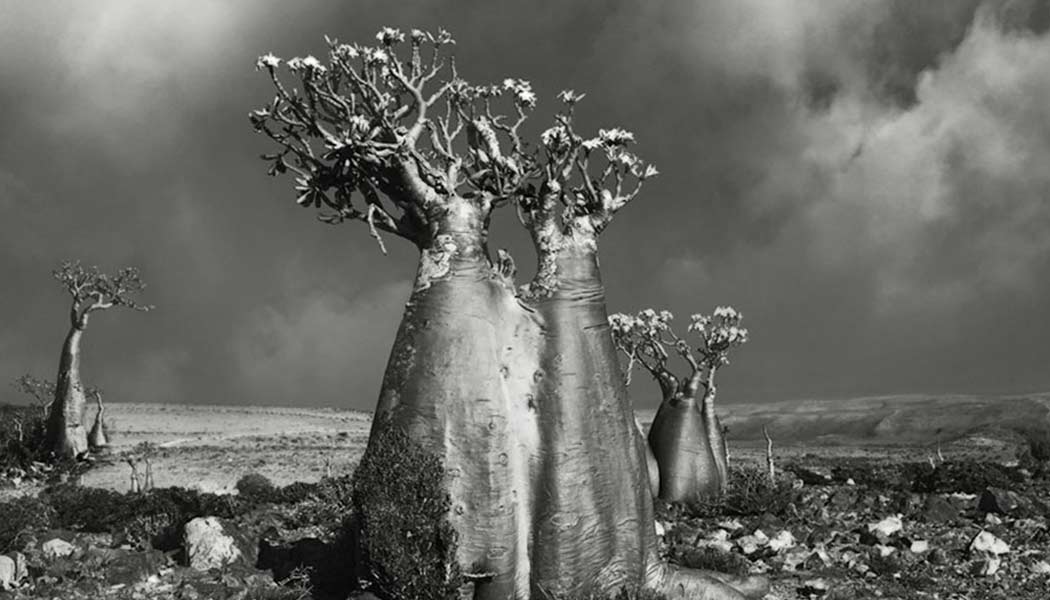 Literary Chickens, your latest book, has a forward by Isabella Rossellini …how did she become a fan?

I started this series of hen portraits, titled Augurs and Soothsayers in 2010. After seeing the photos online, my German publisher contacted me with an offer to publish a book of the work. She mentioned that Isabella raised heritage chickens. I learned that her farm was nearby in Long Island and asked if I could photograph her chickens for the book. She very graciously invited me to her farm. There I found many happy animals free to roam, in what I would call pastoral bliss. Concerned with sustainability and animal welfare, Rossellini is very inspiring. She believes there is a role for each small farm to play, an opportunity to bolster genetic diversity.

Loved this story? Then check out the work of Saskia Koerner here.