Time For A Negroni 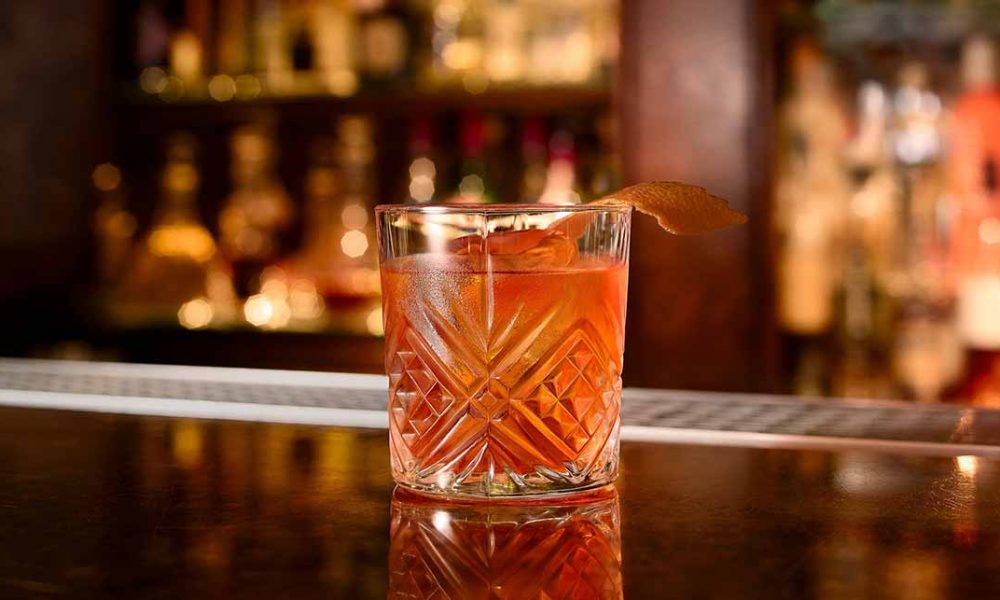 Katrina Valkenburg delves into the dark past of the world’s most intoxicating cocktail. 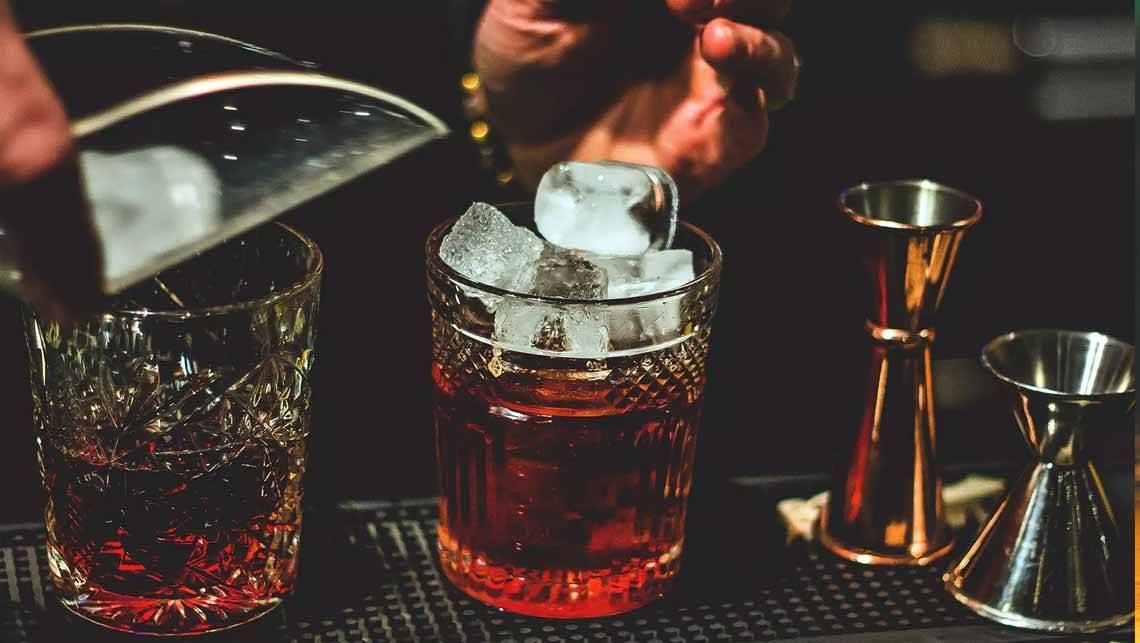 There is nothing humble about the Negroni, it belongs to an esteemed group of cocktails with a traceable history that goes back to the beginning of the 20th century. Many drinks historians have unearthed snippets of its beginnings but none to date are definitive. 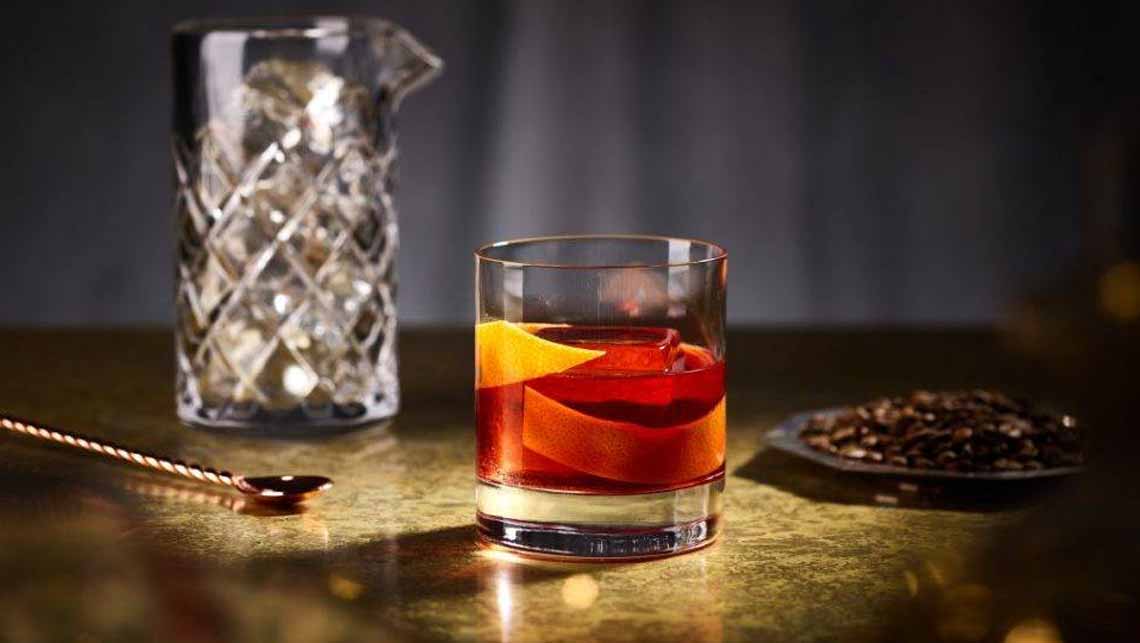 The most commonly held belief is that it all began at Bar Casoni in Florence in 1920 where Count Camillo Negroni, who was a regular, ordered an Americano – sweet vermouth, Campari and club soda from the bartender, Fosco Scarselli, but asked him to beef it up with gin to replace the soda.

We know that it was around October 1920 as a letter from a friend at that time suggests that “he must not take more than 20 Negronis in a day”! 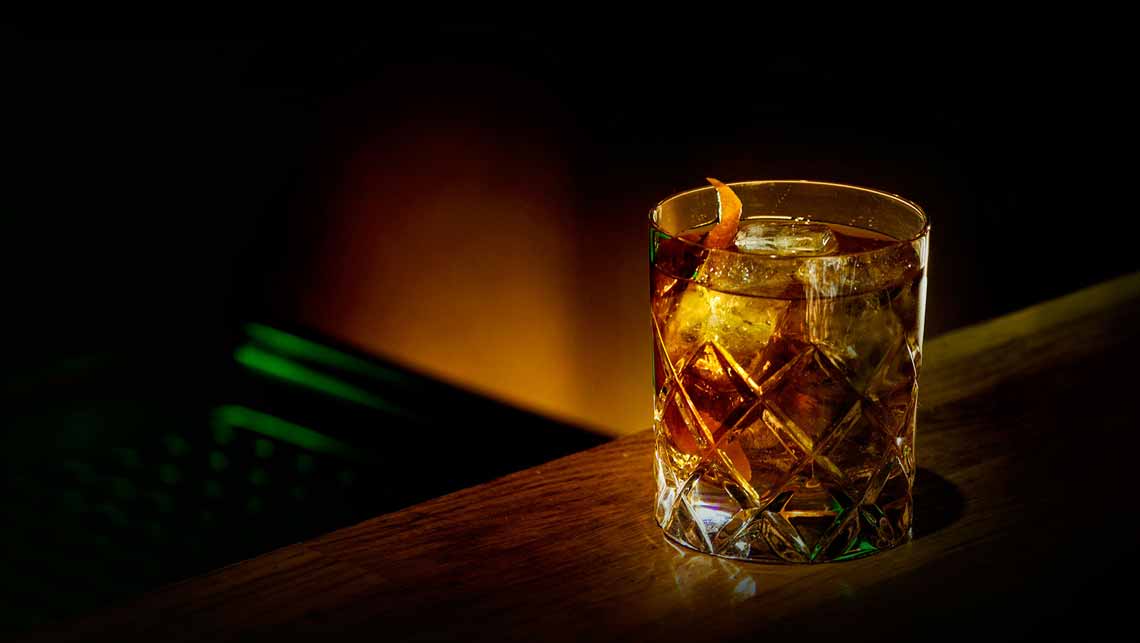 Other patrons of the bar, many of them American tourists, then began to order ‘the drink of Count Negroni’ and the ascent of the Negroni to the international stage of mixology began.

Count Camillo Negroni, who had English blood and had just returned from the Wild West of Montana and Alberta in the United States where he rode broncos, was a tough man by all accounts and the simple Americano was just not cutting it. He was also a professional gambler and a fencing instructor in New York. 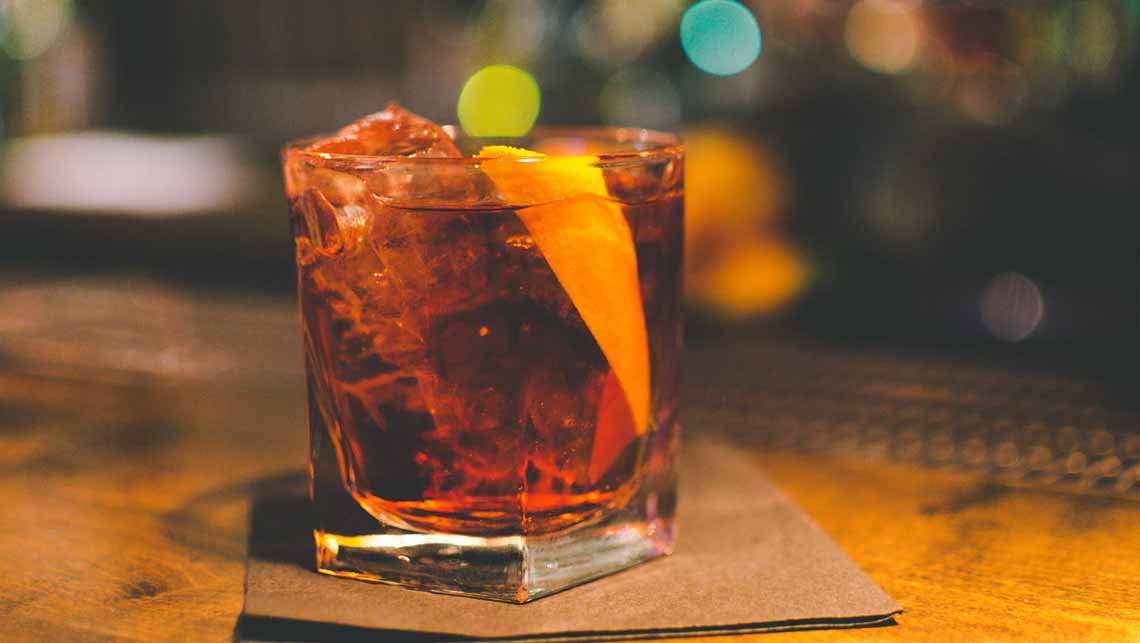 After this time, there is little mention of the Negroni until the end of WWII, when Mussolini and his fellow Fascists, who had ruled Italy from 1922-1945, had been ousted. Not long after that the heady cocktail resurfaced in Italian publications. During the war, a period of austerity, even the word ‘cocktail’ had been banned. Such degenerate and foreign habits such as cocktail-drinking were way too loose and lively for the strictly-disciplined brown shirts. 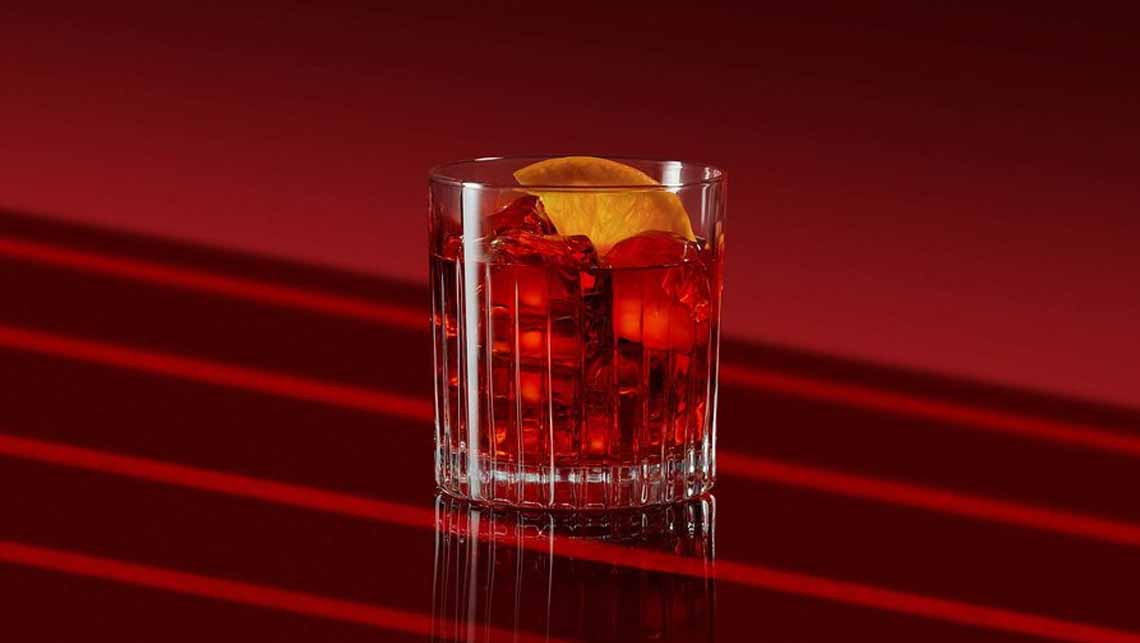 By 1947 an actual recipe was printed in Cocktail Portfolio and it’s the Classic Negroni: 1/3 gin, 1/3 vermouth, 1/3 Campari, on the rocks with a twist of orange and a splash of soda.

At the end of this same year, Orson Welles, who was filming in Rome, wrote to the American gossip columnist Erskine Johnson about the ‘Negronis’ he was drinking where he described the drink accurately, adding that the “bitters are excellent for your liver, the gin is bad for you” and that “they balance each other out”. Johnson added the note in his column which was widely syndicated. 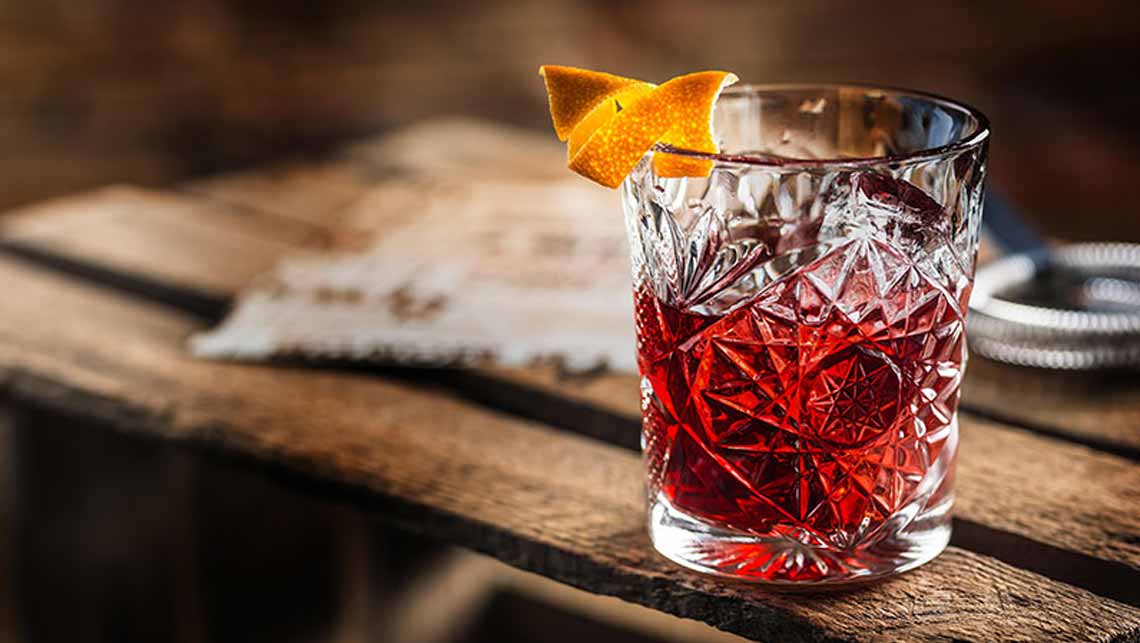 Italian-American bartenders took to the Negroni like the proverbial duck to water – besides being an incredibly well-balanced drink, it’s also a cocktail that’s almost impossible to make badly. No matter whether you’re in a restaurant or bar in Bali, a local cafe on the banks of the Mekong in Luang Prabang or a chic up-town bar in New York, you’re bound to find a Negroni.

The vibrant red hue of the drink is both sophisticated and simple at the same time and is definitely for a grown-up palate, being too bitter for many. It has a complex, somewhat challenging flavour and makes the perfect aperitif. 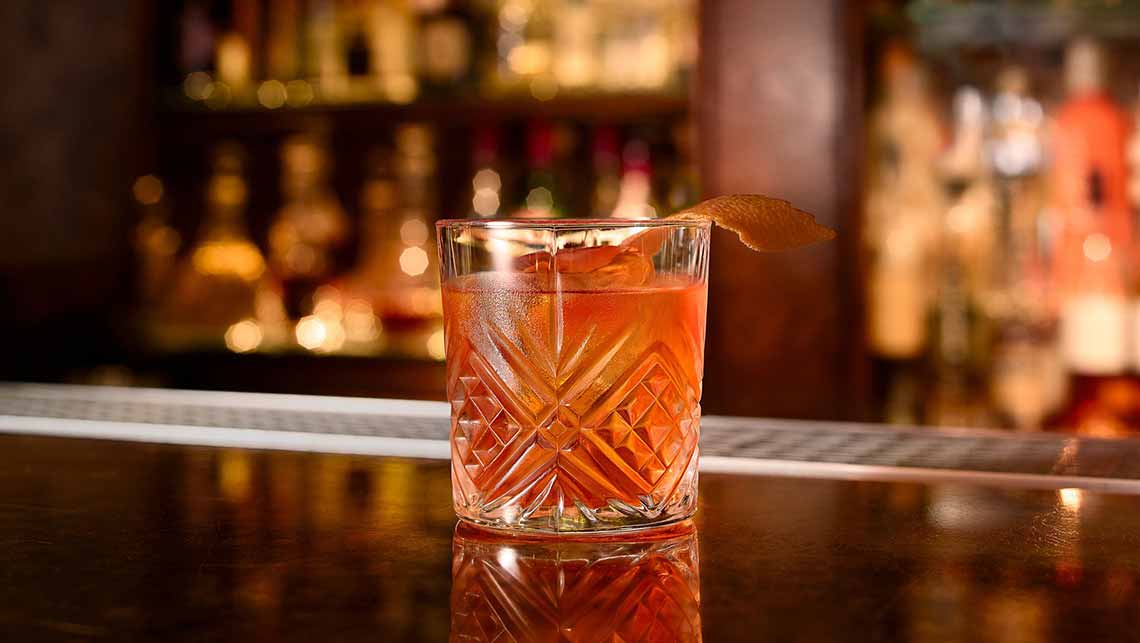 The recipe given above is the standard but as Alice Lascelles adds in her Ten Cocktails, “If you’re feeling really cocky, you can even alter the balance of the formula without putting yourself in mortal danger – just make sure you always observe that holy trinity of earthy/spicy (vermouth), bittersweet/syrupy (Campari) and strong/clean gin, vodka or even blanco tequila can work – although gin is always the best, I think.” 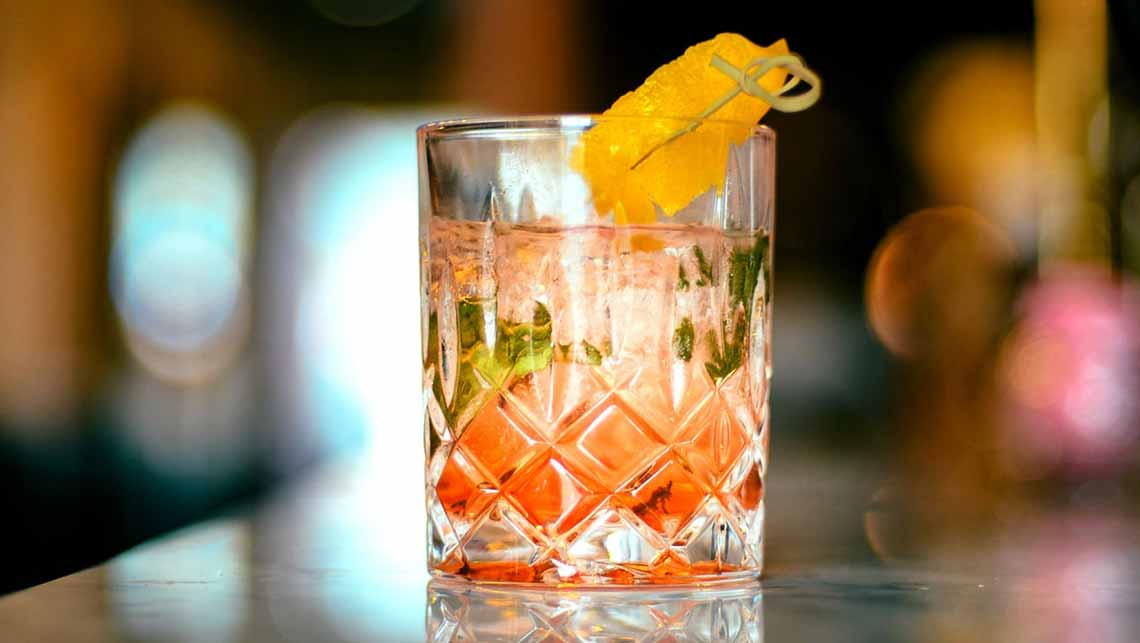 There are only a small number of no-no’s when it comes to making a Negroni: never shake with ice, never add lemon and try to keep the ratios even.

Do serve in an Old Fashioned glass, use a chilled cut-crystal beaker to stir the spirits, pour over an orb of ice and char the orange skin to release more of the essential oil and voilà, a great quaff is guaranteed.

Look out for the Negroni Week event in Bali, 31st of May. TBC.

6 Of The Best Swim Up Bars In Bali