Those Were The Days #1 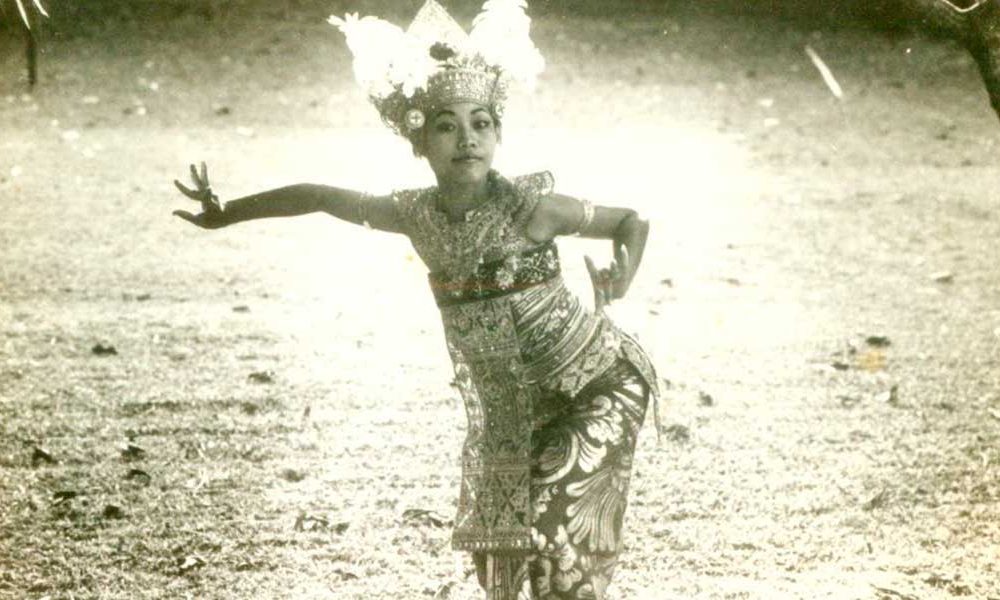 Victor Mason reflects on a band no-one remembers. And some tomatoes… 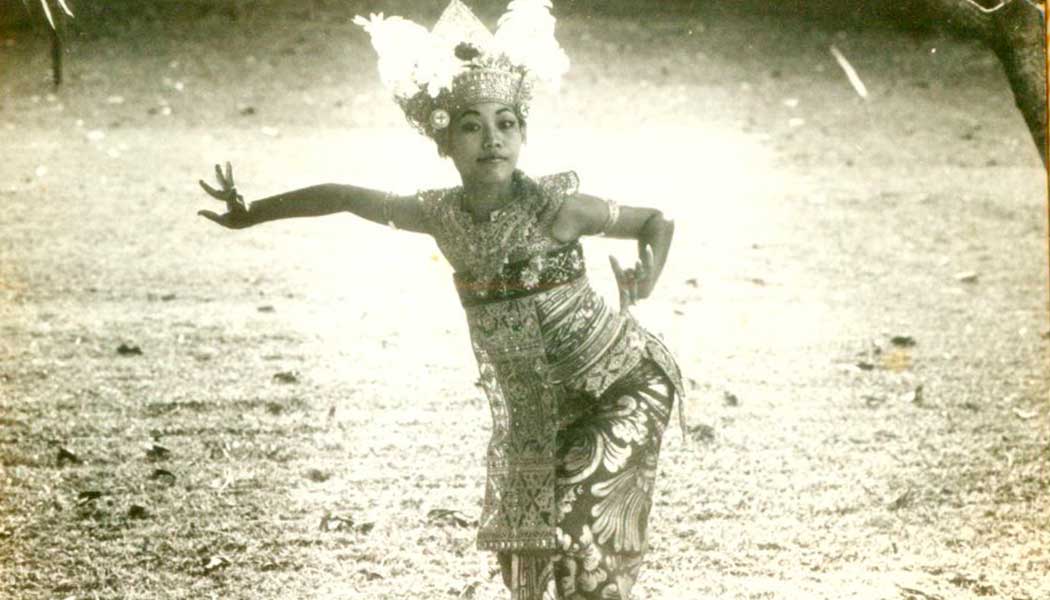 Who now remembers The Prophecy – that wonderful band of New World émigrés (although percussion man, Spunky Bash, was undoubtedly of British stock)? It was towards the end of ’69 when I first stumbled across them, gorging on strawberries and cream in Lembang, high in the hills above Bandung. Later, in Jakarta our paths crossed again in Kampung Bali, where a good party was had by all. “You ought to come to Bali,” I told them, before heading out to Hong Kong.

Our next meeting was in Bali, at the opening of La Taverna, which I think must have been in May ’70. They were all there, especially Spunky Bash, whose lively antics sparked the proceedings no end. “Where are you staying?” I asked them. “Pengosekan,” they said. “We’re back in the garden, man; you must come and visit us sometime, and try our tomatoes.” Tomatoes? No one in Bali grew tomatoes, surely?

The best thing about Pengosekan, then, was that it was – in the terminology of guides to archeological sites – difficult of access. From the bend in the road at Teges, you walked through the rice-fields, fording a rocky stream, before proceeding a half mile or so on a muddy track to the village itself. Or you could attempt a much longer and muddier trail that led from Ubud market, through the wood surrounding pura dalem Padangtegal (now known to all, by the medium of tourist brochure hyperbole, as Ubud Monkey Forest), eventually reaching the hamlet’s watering-place.

When I went to visit a few days later, the first person I saw was Charles Levine. Not entirely unpredictably, he was fondling a red, ripe tomato, newly plucked from the vine. “Here,” said he, proffering the fruit, “get a load of this.” It wasn’t bad at all, though I must say I’ve tasted better. There is nothing quite as good the succulent, aromatic produce of a greenhouse back in blighty. 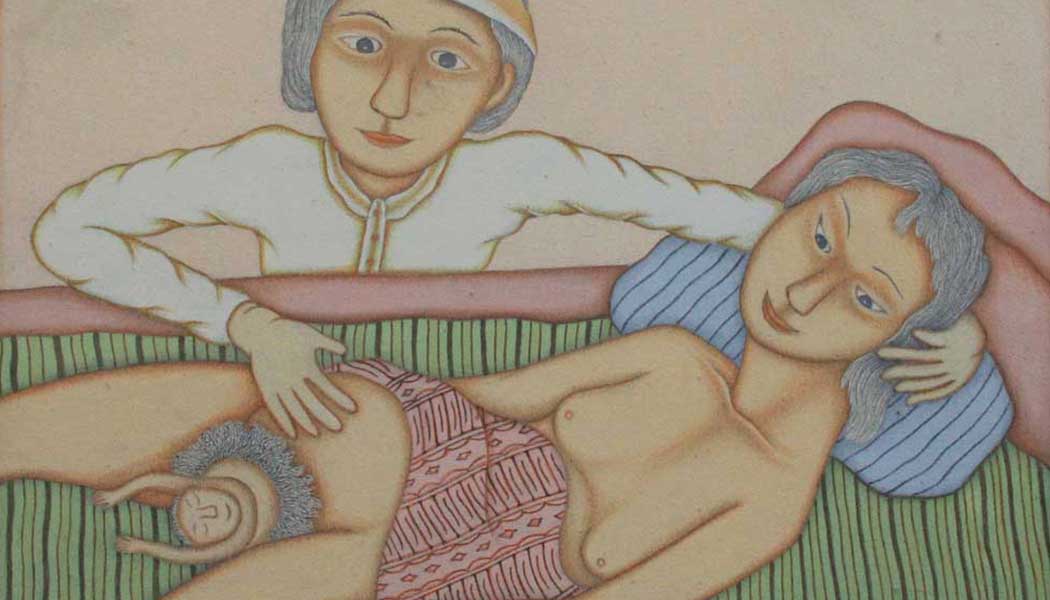 Presently I was introduced to several local notables, whose acquaintance I have cherished ever since. They were I Ketut Liyer, artist and exorcist extraordinary, Dewa Nyoman Batuan, village headman and creator of exquisite mandalas, and his half-brother, Dewa Putu Mokoh, founder of a whole school of painting and the most original artist on the island. They brought out their superb gong balgunadi, and Desak Nyoman Suarti performed a spectacularly energetic taruna djaya. This all happened before lunch. I had never seen anything like it, and I was utterly overwhelmed.

I can’t remember exactly when it was that I proposed to The Prophecy that they should do a gig at La Taverna, but in no time at all they became the band in residence – all eight of them for all of six months – under the able impresarioship of Achmad Fahmi, who shortly after opened the notorious Tanamur in Jakarta – else no more, neither he nor it.

They were a sensation – every night a packed house, and we regularly used to run out of food, if not drink. And I have to mention here the pizza, which were nonpareil. Sky Walker, lead guitarist, taught the staff how to make them. This was before we had a proper pizza oven, and of course we had no electricity or bottled gas in these days. Somehow they emerged miraculously from a paraffin-fired tin box, perfectly crusted and scrumptious; but it took about an hour to produce them, two at a time. I was told that Sky Walker’s father owned a string of pizza parlours in the Big Apple – ‘but Sky, he no wanna make da pizza, he only wanna play guitar!’ Naturally we used tomatoes grown in Pengosekan. I don’t think you could buy them in the market, then. 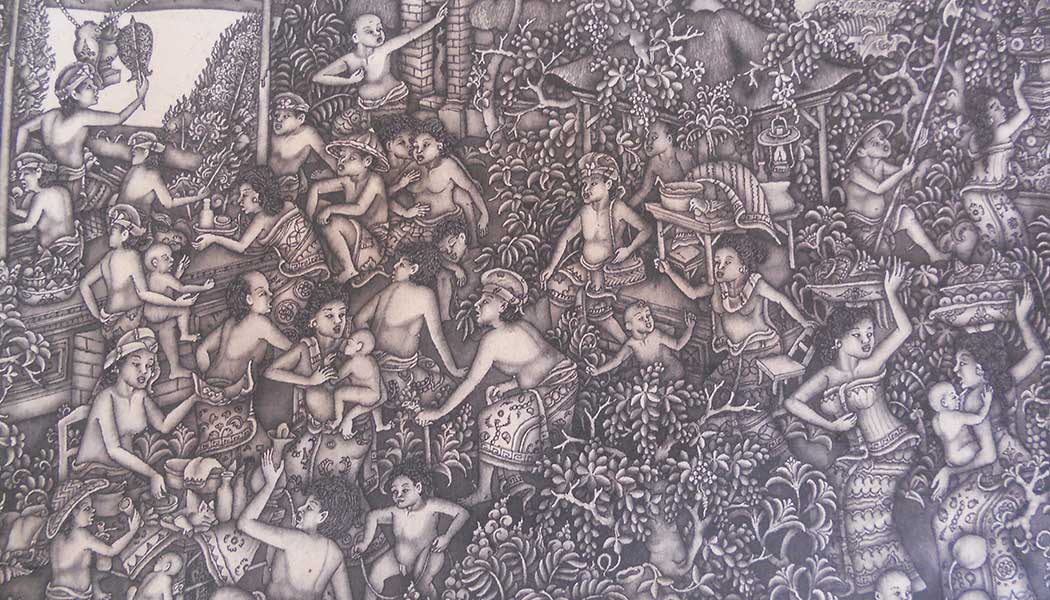 Those were the days indeed. It all came to an end when – on December 22nd 1972 – the place burned to the ground, together with everything I owned, including my priceless collection of paintings by the likes of Mokoh, Batuan, and Liyer. I hung around Kuta for a few months and the mountain resort of Tretes in East Java – but that, as they say, is another story.

So what became of The Prophecy after that? All I know is that Spunky Bash gave up music, got married and settled down in the U.K. He and his lovely English bride came to visit me in Ubud on their honeymoon some years later. Another string-man, Zoum Zazzo, is still active, playing experimental trance music in the Bay Area. Wizard Cream, real star of the show and multi-instrumentalist, went on to become lead trumpet player with the Berlin Symphony. The others? – I don’t know. But, if Sky Walker, decided after all to make pizzas, he would be a very rich man by now!

By the end of ’73, it became imperative to establish myself. The lure of Ubud was irresistible. It still is.

This is the first in a series of articles Victor wrote for The Bud Magazine.