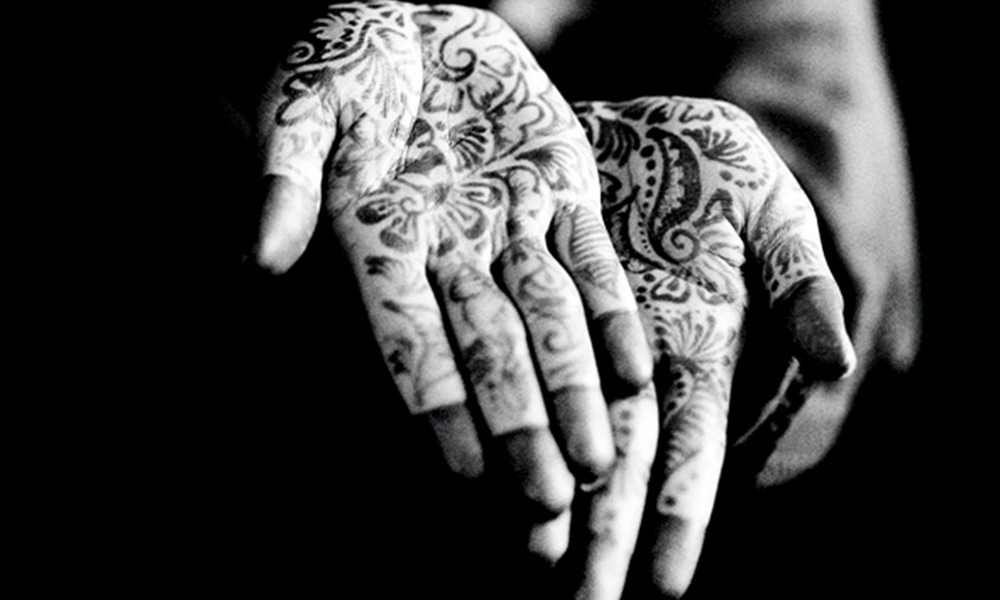 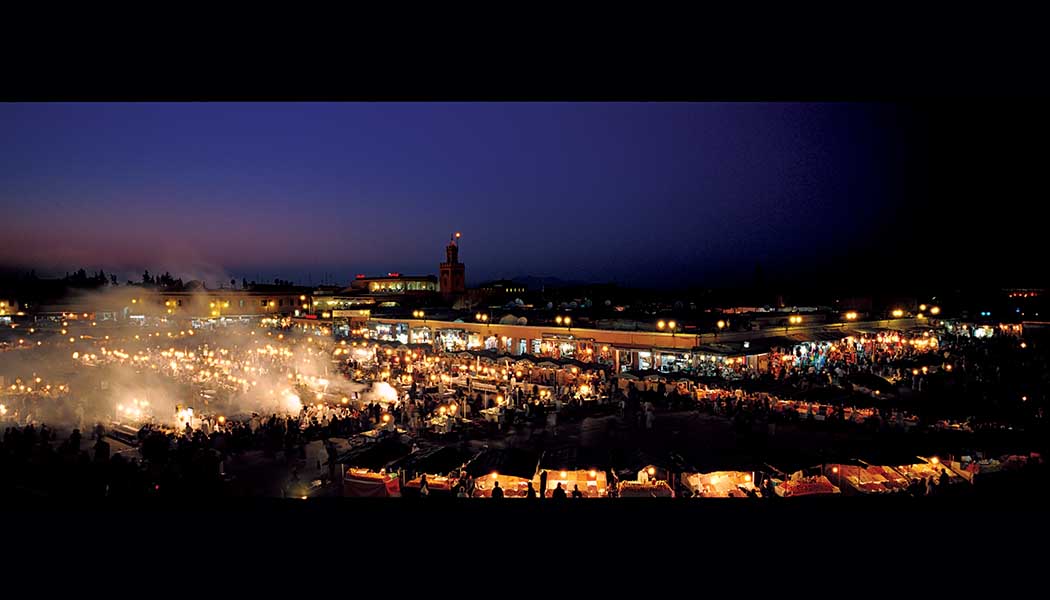 THE words of Katy Perry catch my ear as I wander through the deepest, darkest part of the kasbah, blending with the metallic clang of a copper-worker’s hammer and the rumble of a wooden donkey cart. The music seems totally incongruous, yet oddly appropriate. Because this western edge of Africa surely is a golden coast – one of those rare Saharan landfalls that seems to have passed into the 21st century without any major upheavals.

By just about any measure Morocco is one of Africa’s runaway success stories. Exports are booming and foreign investment flowing in. Average income is rising and poverty rates falling. The Arab Spring blew through with barely a ripple – largely because social reforms have been in the works since the late 1990s. Meanwhile, the Economist recently ranked Morocco as having the best quality of life in all of Africa.

Yet Morocco has been able to achieve all of this without rejecting traditional Islamic or African values, and without diluting the exotic ambience that has long compelled writers, artists, and other soul-searchers to find themselves while riding on the Marrakech Express. 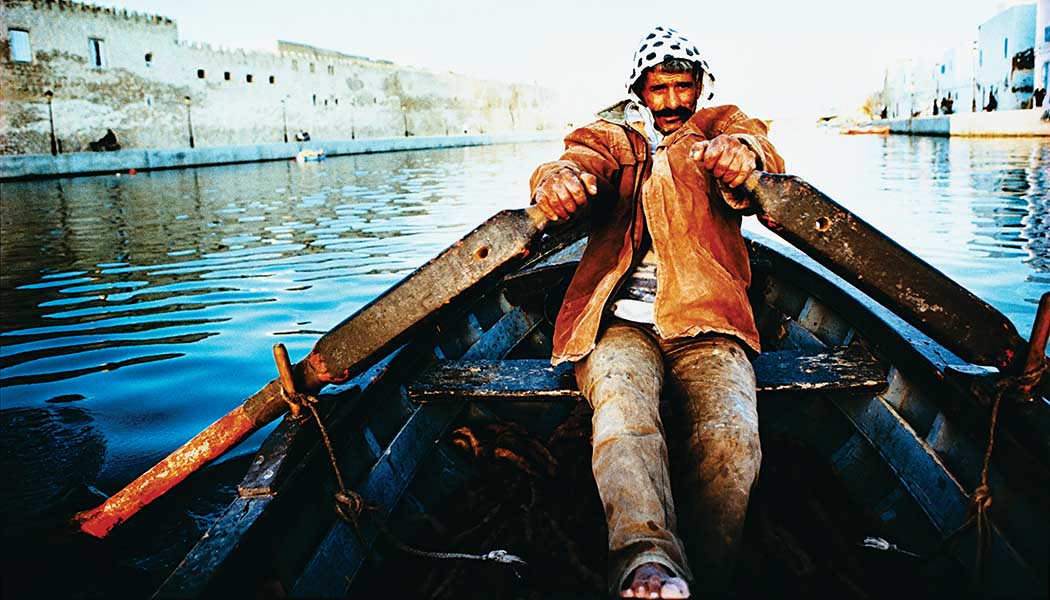 This African-style yin and yang is what lured me to Morocco, and what ultimately charmed me the most. The muezzin calling the faithful to prayer can still be heard five times each day in every village and neighborhood. Yet this is one of the few Islamic nations where many of the women go unveiled and flaunt the latest Parisian fashions.

Nearly every city boasts a walled, maze-like kasbah. Yet around the periphery of the old towns are skyscrapers, air-conditioned malls and boulevards bustling with the latest European cars.

Flying in from London, my first stop was Casablanca on the Atlantic coast. The very name summons notions of heroic deeds, star-crossed love, and unforgettable movie lines. The iconic film was shot more than 70 years ago, but the legend lingers. And it’s not too much of a stretch to claim that Humphrey Bogart has done more for Casablanca tourism than any advertising campaign. 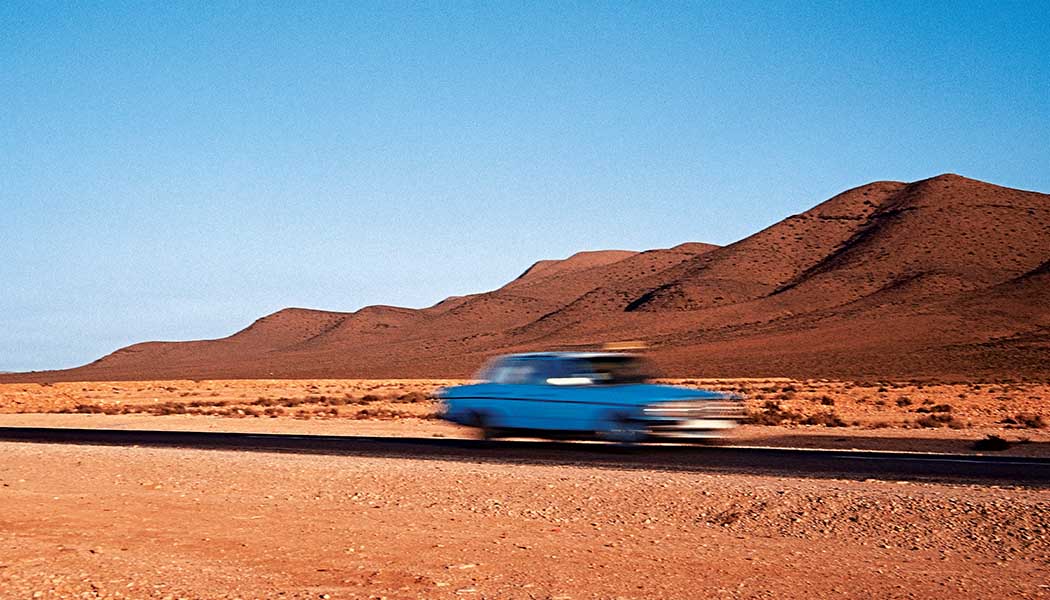 Groucho Marx famously quipped that he had no idea until the film came out that “the city of Casablanca belonged exclusively to Warner Brothers”. Even all these years later, the Hollywood influence remains so strong that it tends to obscure the line between fact and fiction. I met a young British couple who arrived in “Casa” expecting to dine at Rick’s Café and drink at the Blue Parrot.

I didn’t have the heart to tell them that both establishments were conjured in the mind of a Hollywood scribe.

Once upon a time, Casablanca probably did harbour that sort of “joint”. But in the aftermath of the Second World War, it grew into a huge, sprawling metropolis with more than six million people – Africa’s second largest urban area after Cairo. Driving its population growth is a booming economy that revolves around a bustling port and a central business district flush with banks and corporate headquarters.

The ghost of Bogart might be elusive, but I discovered that much of the architecture from that period remains – a blend of Art Deco and neo-Moorish style called Hispano-Mauresque that was popular through much of the 20th century. 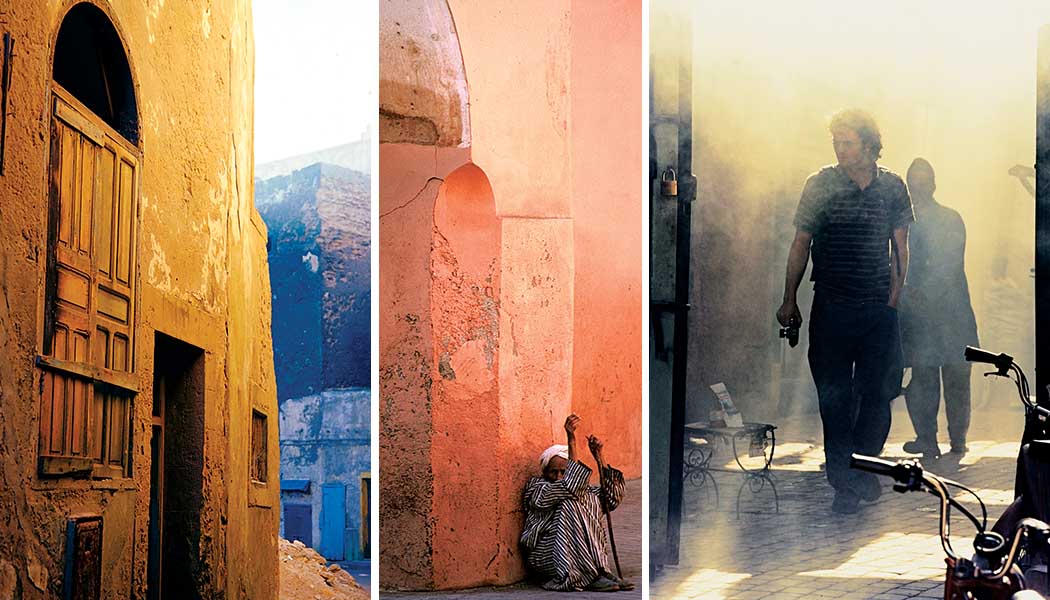 Two of the more notable structures are religious in nature . . .

The massive, whitewashed Cathédrale Sacré-Coeur was the hub of Roman Catholic life in the city until it was secularised in the 1950s after Moroccan independence. Nowadays it functions as a generic cultural center – and if you are brave enough to climb the rickety stairs to the roof – a great place to look out over the rest of Casablanca.

Half a century younger than the cathedral – yet looking much older because of its traditional design – is the massive Hassan II Mosque.

As a non-Muslim, the only way for me to explore the interior was latching onto a guided tour. But it was worth the wait, because the mosque is astounding in both size (the world’s third largest place of Muslim worship) and the beauty of its craftsmanship. 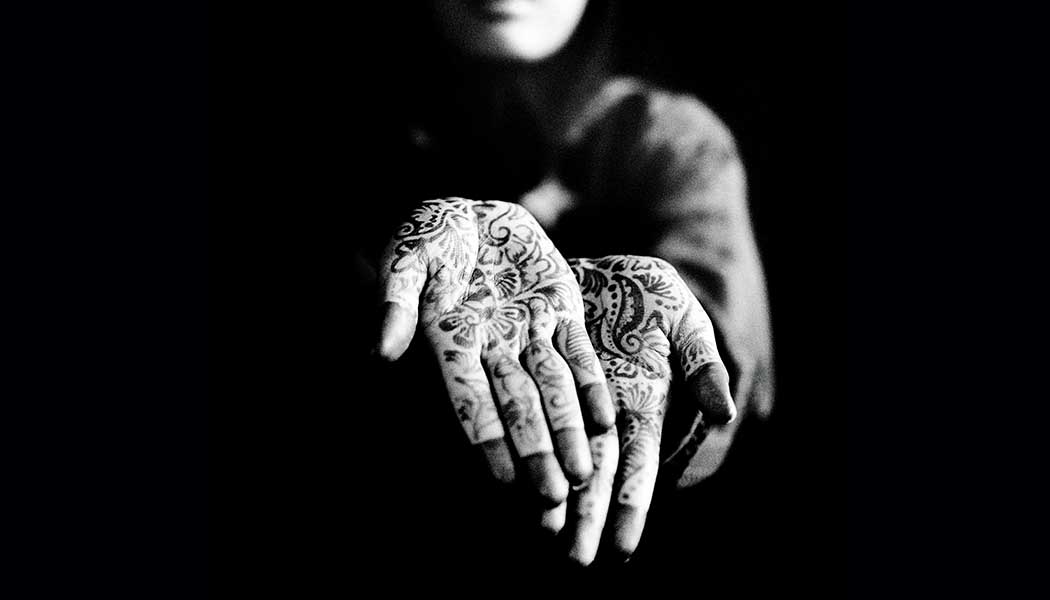 Yet Casablanca paled in comparison to the architectural wonderland that I would discover several days later in Marrakech, an ancient caravan city that still belongs in large part to the wildness of the Sahara. The place was a motley collection of mud huts until the 11th century when the Almoravid tribe moved across the Atlas Mountains and decided to make their capital here. Within 40 years of its founding, they had built Marrakech into a fabulous city of gardens and palaces guarded by stout walls. They introduced the famous kettara irrigation system that continues to water the date groves of Marrakech, and pioneered a distinctive Moorish architectural style that would eventually spread throughout northwest Africa and across the Strait of Gibraltar to Spain. 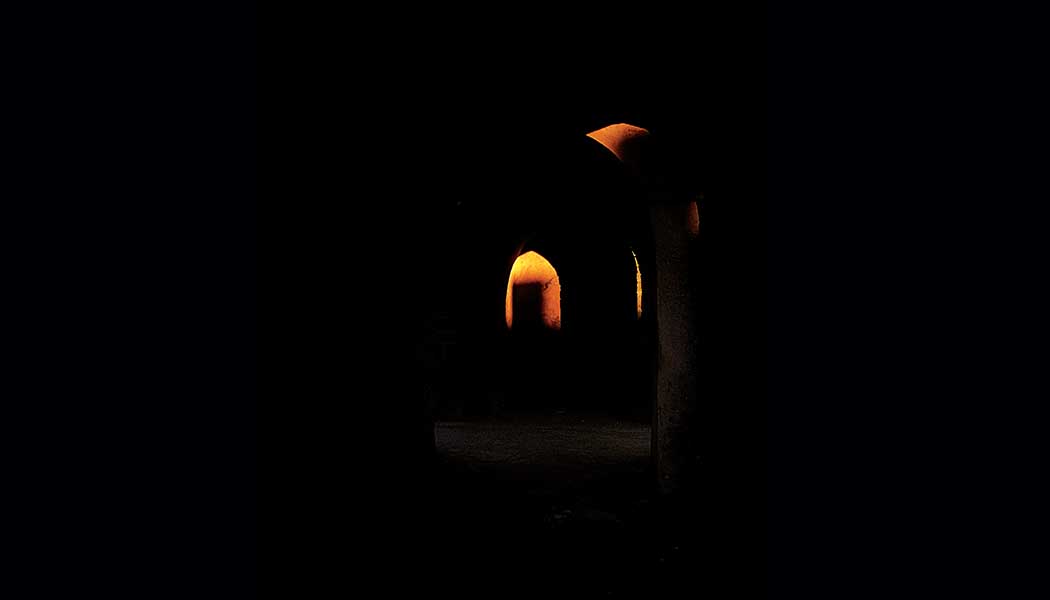 Like just about everyone else who comes to Marrakesh, it wasn’t long before I found myself drawn to the Djemaa el Fna, a large public square in the heart of the old quarter that functions as both an open-air market and a gathering place for street entertainers of all ilks and manner.

An assault on all my senses that eventually morphed into sensory overload.

Escape was close at hand – an entrance to the Medina – a warren of narrow streets and alleys first constructed a thousand years ago and so perfectly preserved that UNESCO declared the old quarter a world heritage site. 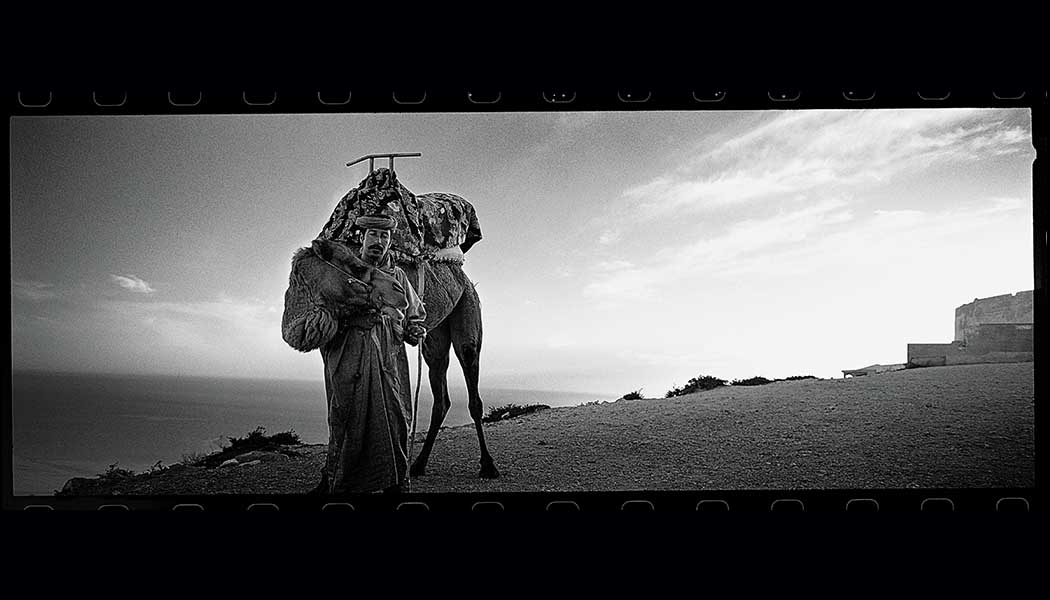 Wedged between the ancient palaces and gardens are souks (markets), each with its own specialty – carpets, copperware, silver, leather, ceramics, textiles and ironwork. And each of these old precincts has its own special atmosphere.

The most colourful (in a literal sense) is the Souk aux Teinturiers, where local dyers hang their chromatic wares out to dry on long wooden poles extended across the alleys.

I followed my nose to sumptuous aromas of the food market behind the Quessabine Mosque and got swept into a current of local women hunting for bargains in the Souk Smarine clothing market.

Through a combination of asking directions and my own dead reckoning I found the fabulous Palais de la Bahia, a Moorish-style residence built in the 19th century as a showcase for intricate arabesque plasterwork set around tranquil gardens. Nearby was the smaller Dar Si Said, a former palace that now houses the Museum of Moroccan Arts and its array of carpets, clothing, weapons and musical instruments from around the country. 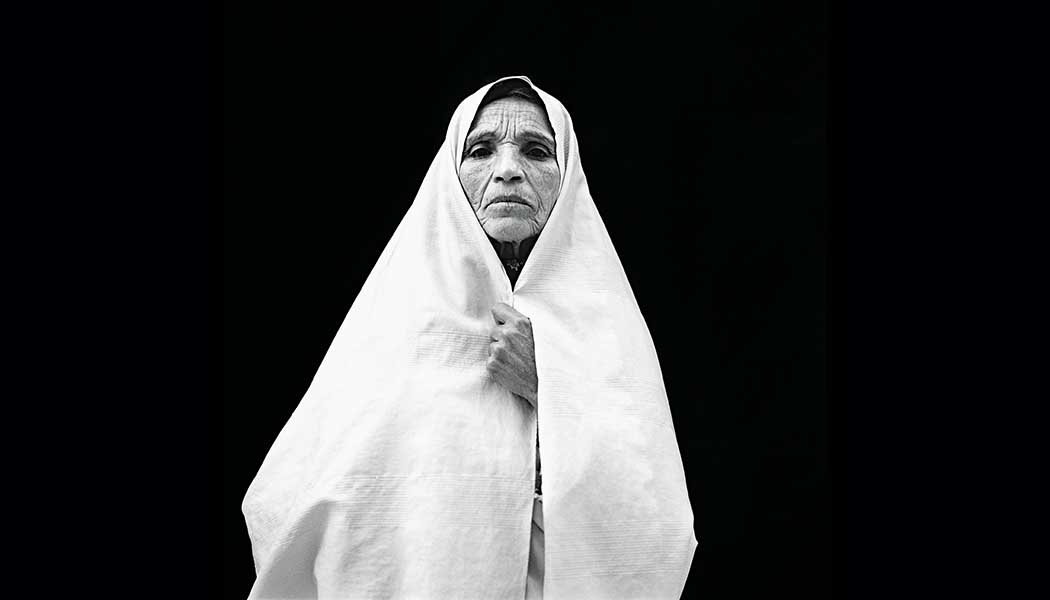 The massive Palais el Badi is the most famous of the old royal abodes, but most of it now lies in ruins. Sultan Ahmed al-Mansur mandated the construction of Badi in the 16th century as the finest residence in Morocco, importing Carrera marble from Italy and employing skilled artisans from all over North Africa. Less than a century later, another sultan had the palace dismantled and the exquisite building materials shipped to northern Morocco where they were used to construct his own palace in Meknes.

A few nights later I was back at Badi for a performance of the National Folklore Festival, the ruins artistically floodlit as warriors on horseback staged mock charges and music and dance troupes from every province took the stage.

Agadir was a modest, mild-mannered village until February of 1960 when an earthquake destroyed the town in a matter of minutes. More than 15,000 residents perished and those who survived were left with only rubble. Rather than abandon their ancestral home, the survivors rebuilt their town on the sandy seaside flats to the south of the ruined town. Only this time, thanks to government funds and foreign aid, they were able to build their homes, schools, mosques and shops to earthquake-safe standards. In the process, they also transformed Agadir from a drowsy fishing village into a thriving tourist destination with some of Morocco’s best beach hotels. 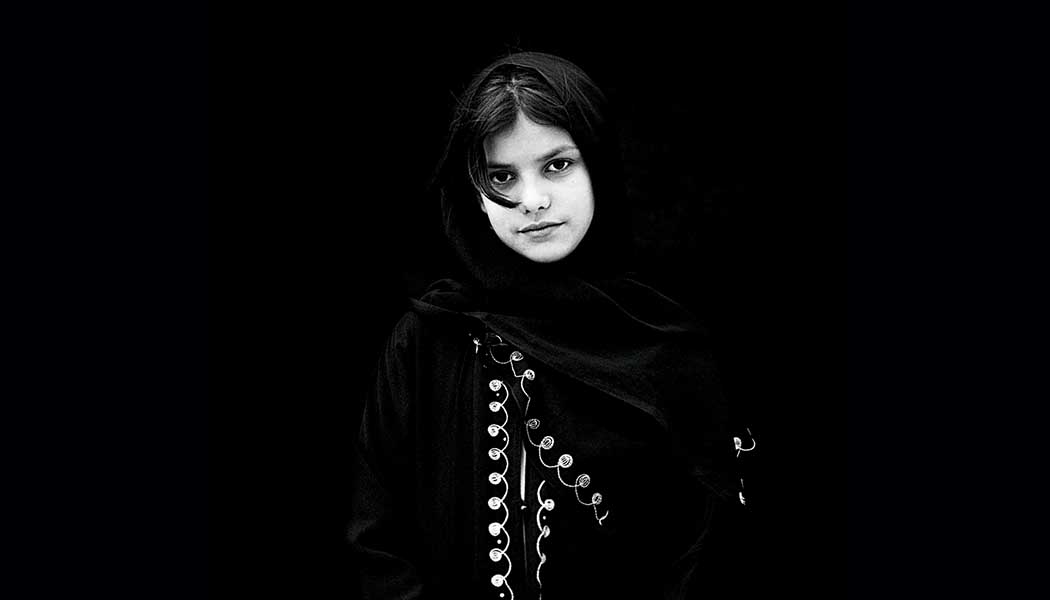 From the balcony of my high-rise hotel room, I looked out over a five-mile curve of pearly-white sand and sapphire Atlantic – a gem of a beach spangled in colored umbrellas and lobster-red European bodies. The only thing that perches directly on the beach are low-slung villas and holiday flats, plus a shady eucalyptus grove – giving the illusion that Agadir is a much smaller resort than is really the case.

Walking the oceanfront promenade on that first afternoon, I came across all of the usual seaside distractions – kite surfing and paragliding, surf schools and open-air bars that served mojitos and margaritas. 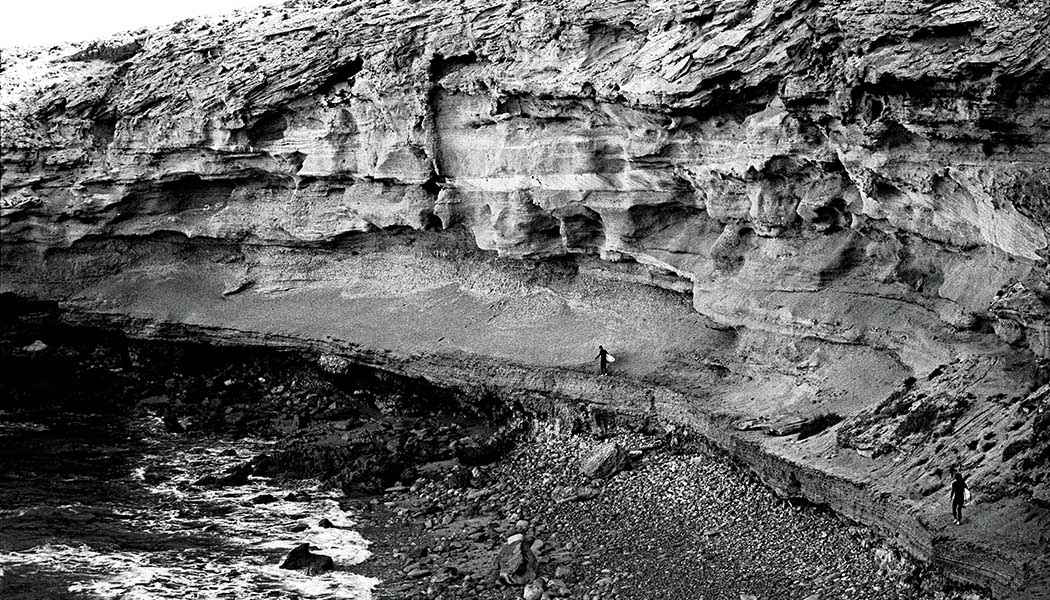 Yet once again I found myself drawn to the old.

At the northern end of the beach, on a bluff above the sea, were the ruins of the Agadir Kasbah, destroyed by the quake. I figured I would be the only one up there. But there was a Moroccan fellow with a camel. Nicely saddled, of course. Ready for a tourist such as myself to ride for a modest fee. 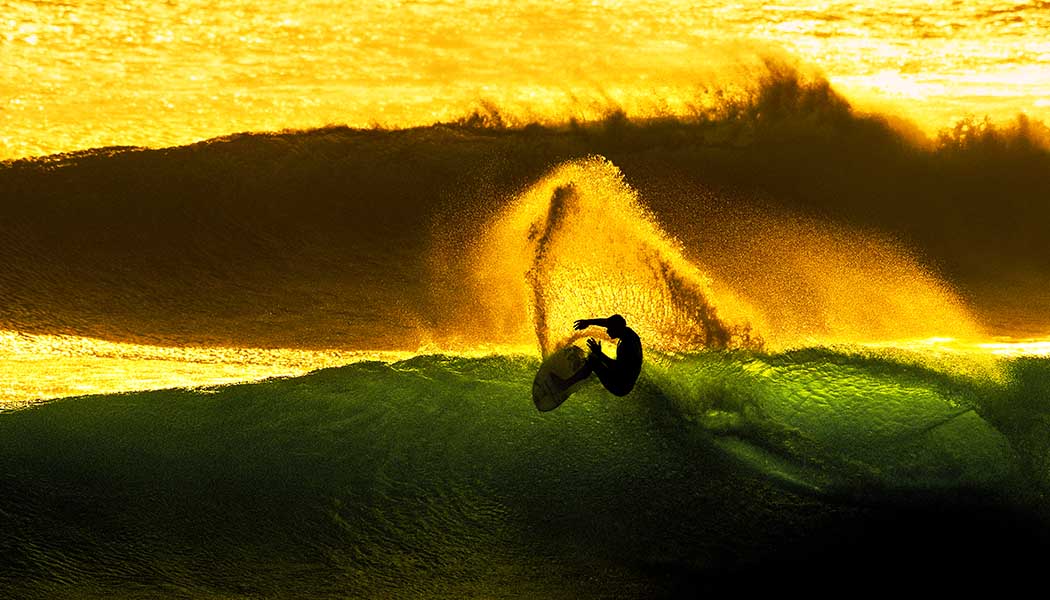 But it seemed such a classic indulgence.

When in Rome and all that . . . if I was ever going to ride a camel, then this was the place.

Amid an ancient kasbah overlooking the sea, and Morocco’s version of the golden coast. 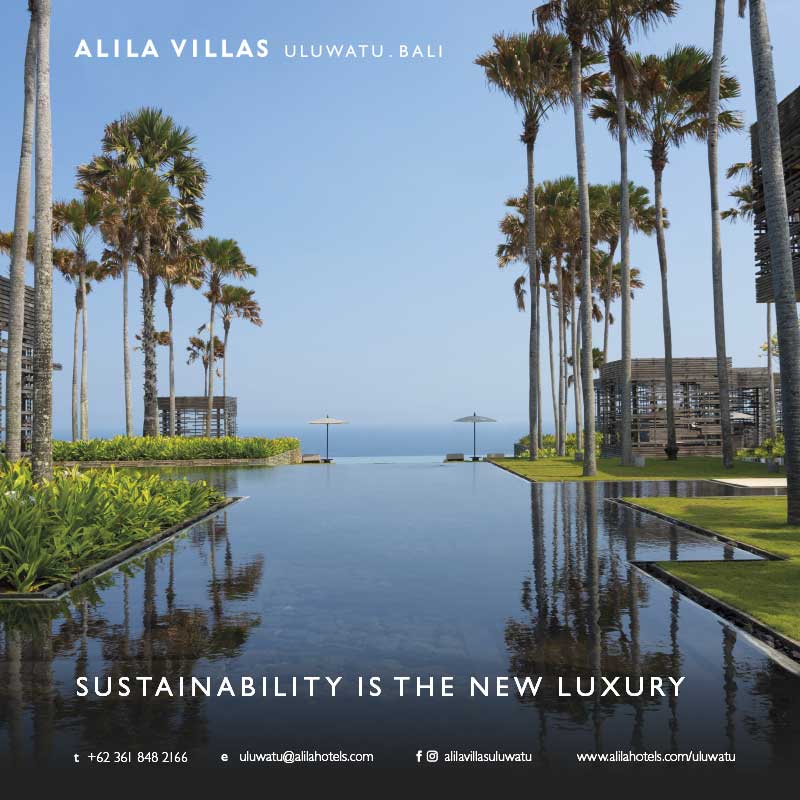 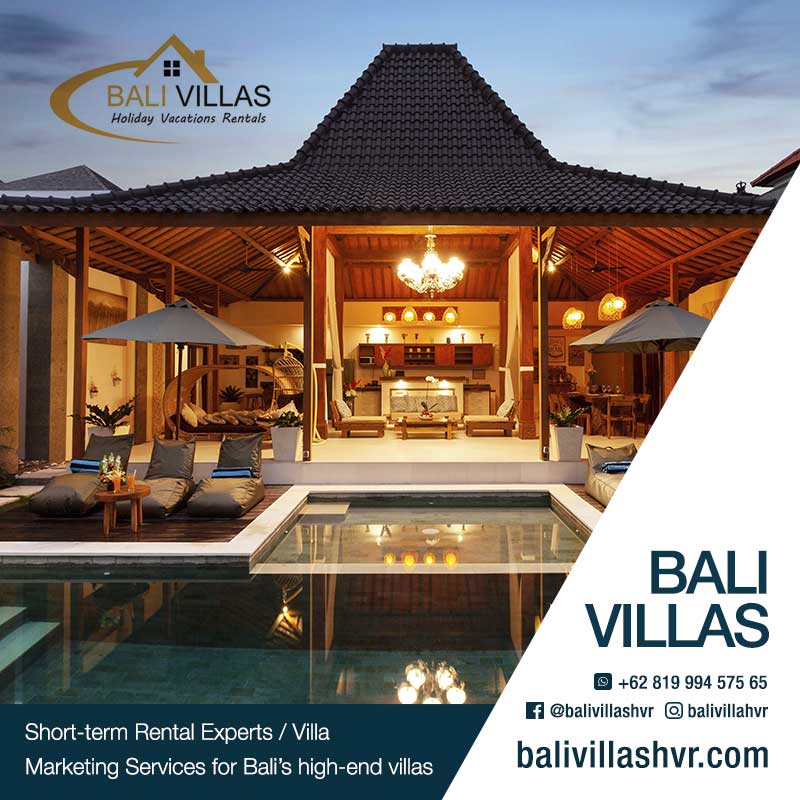 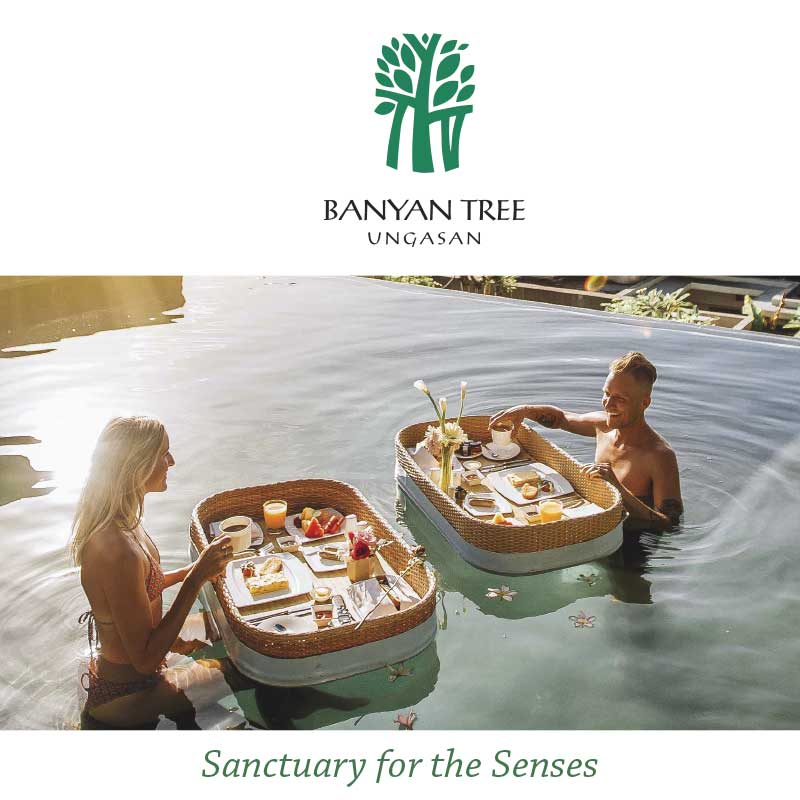 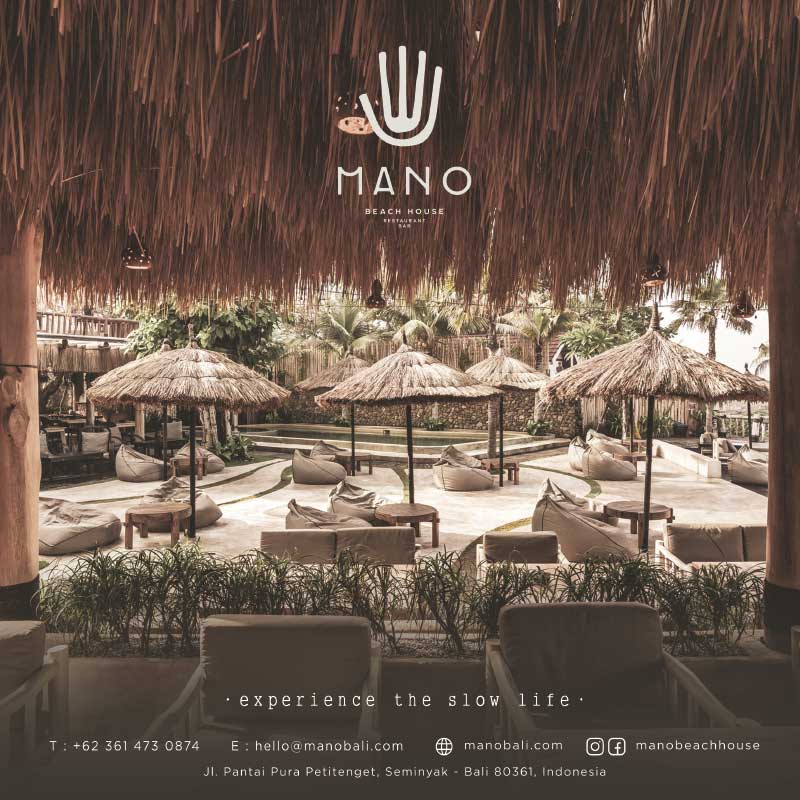 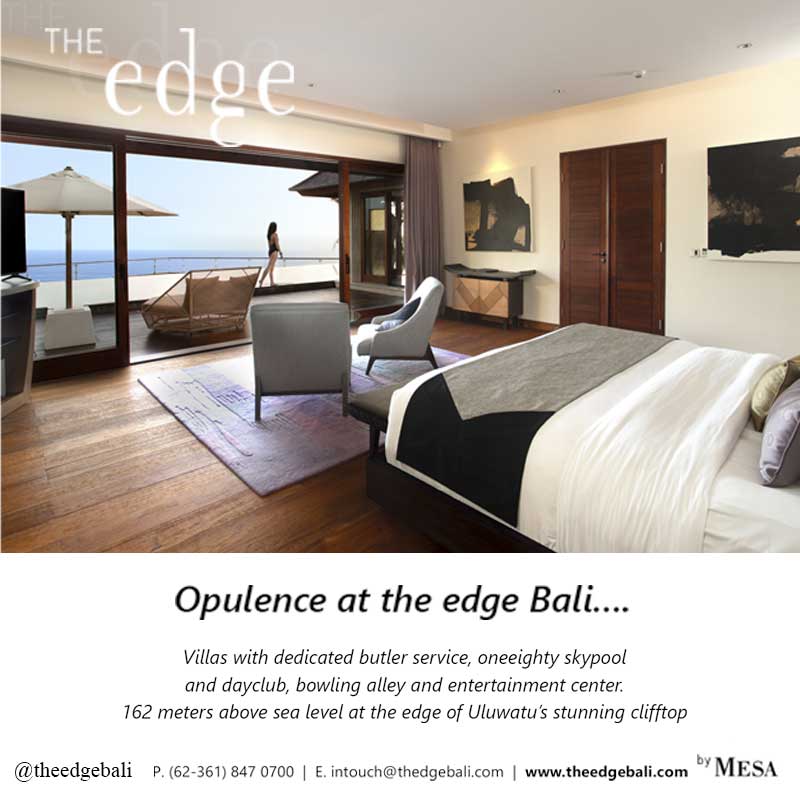 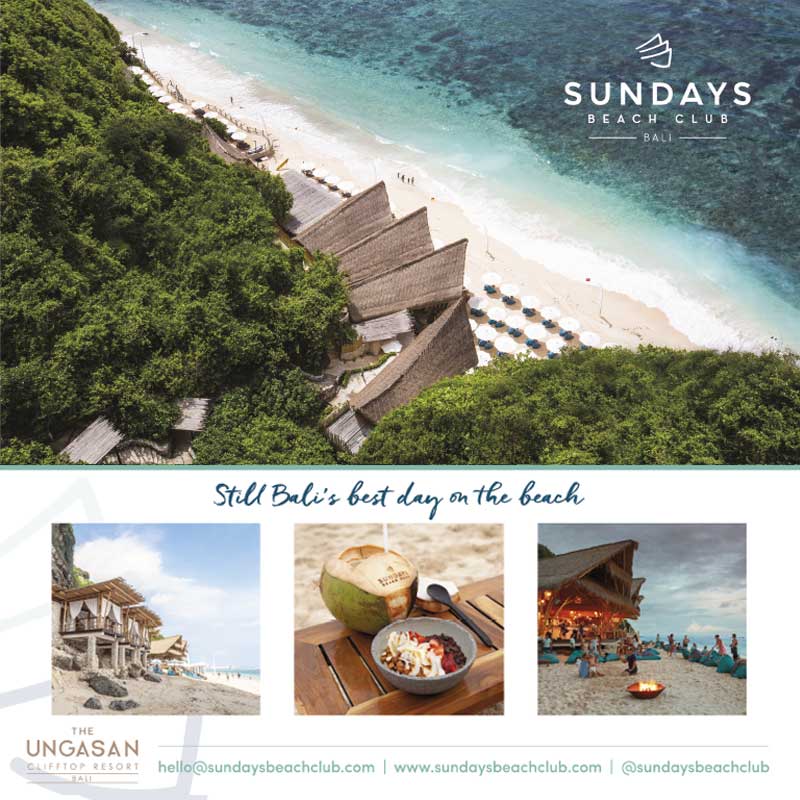 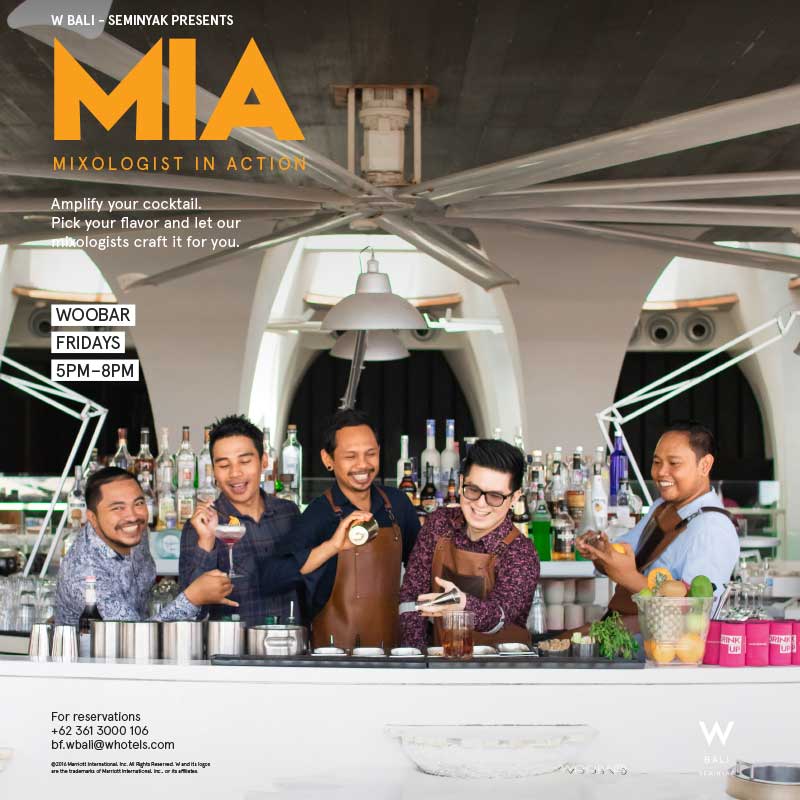