The Man In The Red Hat 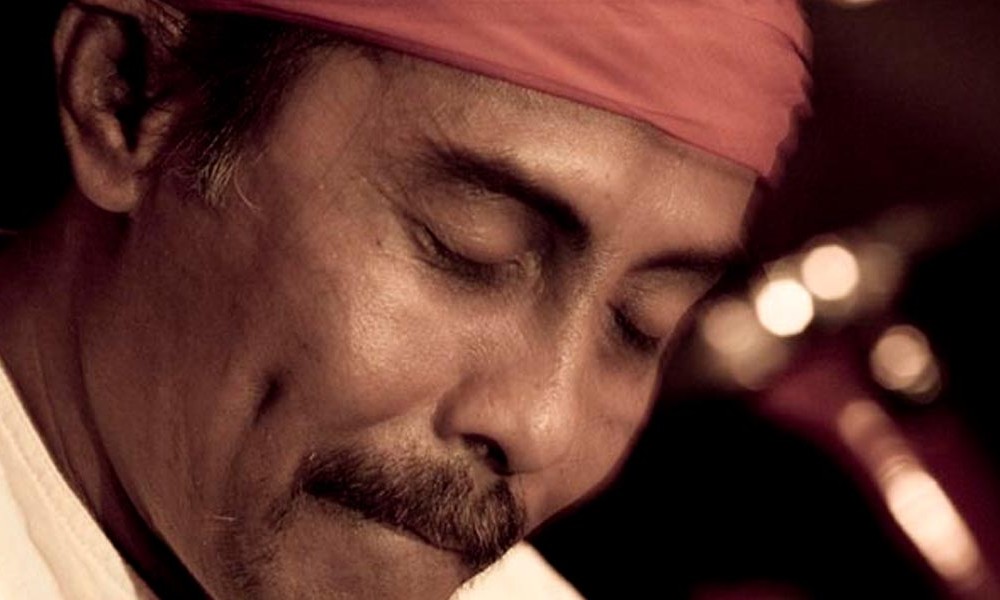 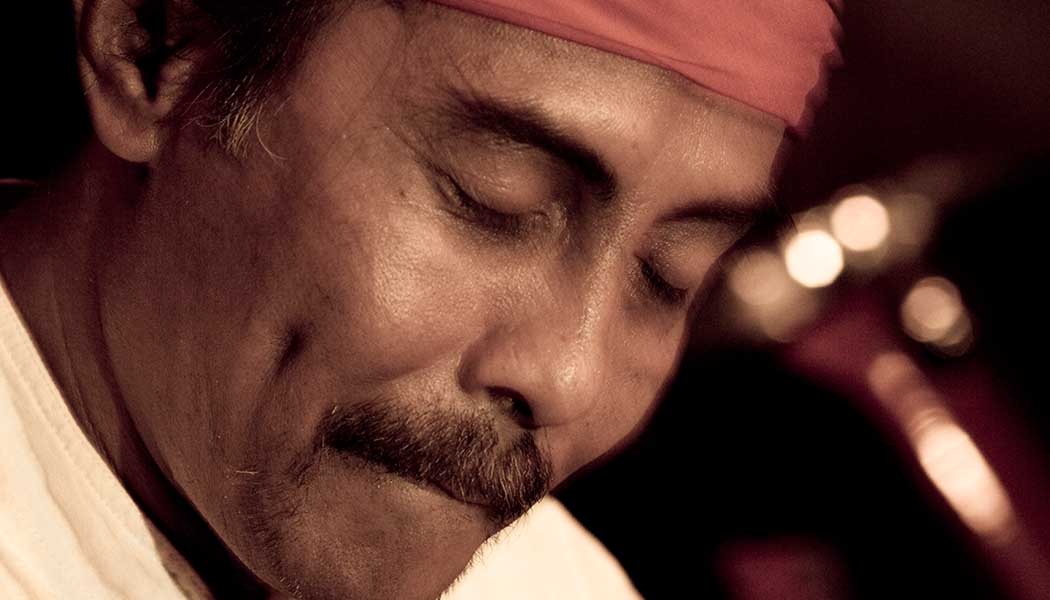 Tropical Transit was the first band to explore the outer regions of Bali … and has continued to reinvent itself with latin and soul-based rhythms. Founder, and muso-in-chief, Riwin, shares the vibe with Salvador Bali.

My Balinese name I Gusti Ngurah Ketut Riwianna but I’m known simply by the name of Riwin. My age … ageless.

When did you learn to play guitar?

About 30 years ago. I met an English guy who was a hippie and he taught me how to hold a guitar in order to play. I learned enough in two weeks – the basics – enough for me to learn by myself. I met him at the immigration office, and he was wearing cut-off jeans … they threw him out.

What style did you learn?

Before that, what were you doing?

Going to university in Bandung where I was studying biology. I was at the university in ‘76 where I met other musicians, and we started a group called Pahama. We entered a contest for radio and television … did an acoustic act, and we won. So for four years I was in Bandung, then back to Bali. 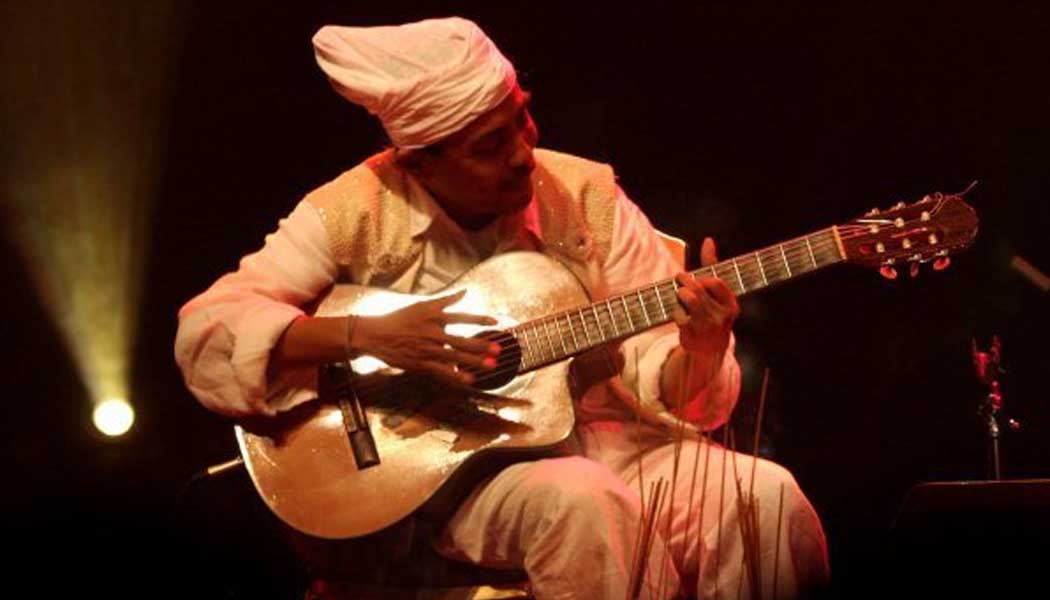 That’s when you started Tropical Transit?

Who was in the band when you started?

France, but he passed away. Most of my earlier band members have passed on … so Transit band members come and go … the lineup changes all the time.

Did Tropical Transit get you out of Bali?

Yes, we were sponsored by the Ford Motor Company in Europe, we went to the Caribbean – there was a party at the Bali Hyatt Hotel and we played there; the people liked us so much that they invited us to play on a cruise ship which was a very nice experience.

Do you play cover songs or original music?

We try hard to be more original.

Now here’s something that should turn some heads – you’re a priest as well … how did that come about?

Many spirits came to my house where I have a special room for them, and every full moon people would come and they would ask me to cleanse them … now they call me Mangku Rock ‘n’ Roll.

Did you know you had this ability to contact spirits?

I don’t know, I pray a lot so many people came to my house, they trust me and I made them happy and make them cool, get rid of their problems. 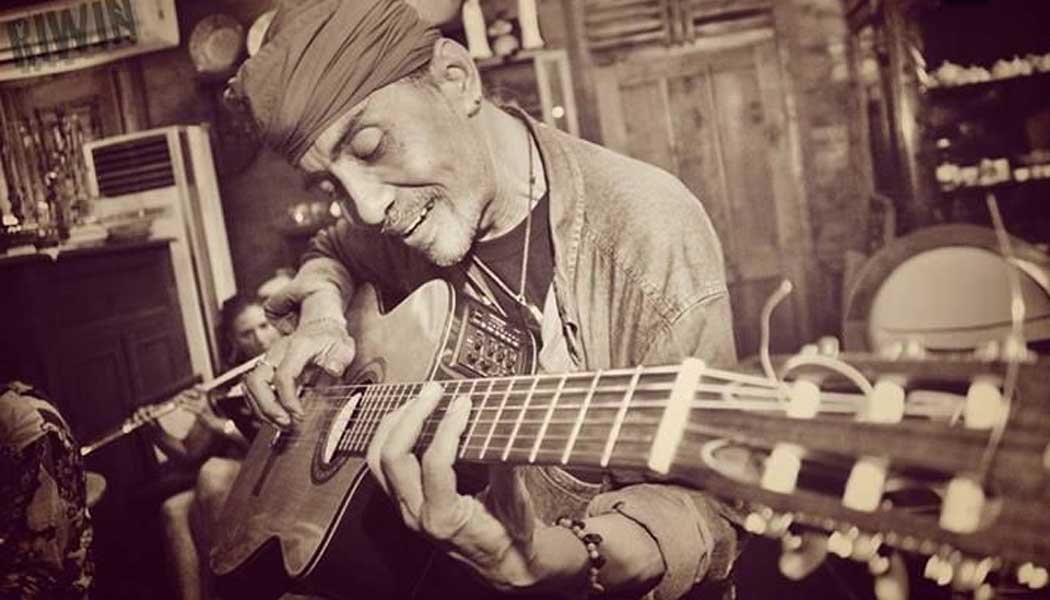 A Japanese friend, Jakki Inaba, came to my house and listened to my songs, and said where did this come from? These songs should be on radio. Jakki is from Tokyo and is in the music business … very techno oriented … computers and all that. So he says, okay we will make a radio show and he did it. So now we have Tropical Transit Radio Internet from Bali to Japan.

Is the music on the Radio Internet only Tropical Transit or other music as well?

Will you collaborate with more people in the future?

Yeah, we will be also be doing spiritual ritual – playing a type of world music. We did that at the Jakarta Jazz Festival … it’s what we do in Bali with incense and holy water. You can meditate with the music. We plan to go to Australia – to the World Music Festival and do this for the people down there.

What words do you have for up-and-coming musicians.

Play with your heart … if you’re really into it that it will be your reward. It’s not about money.