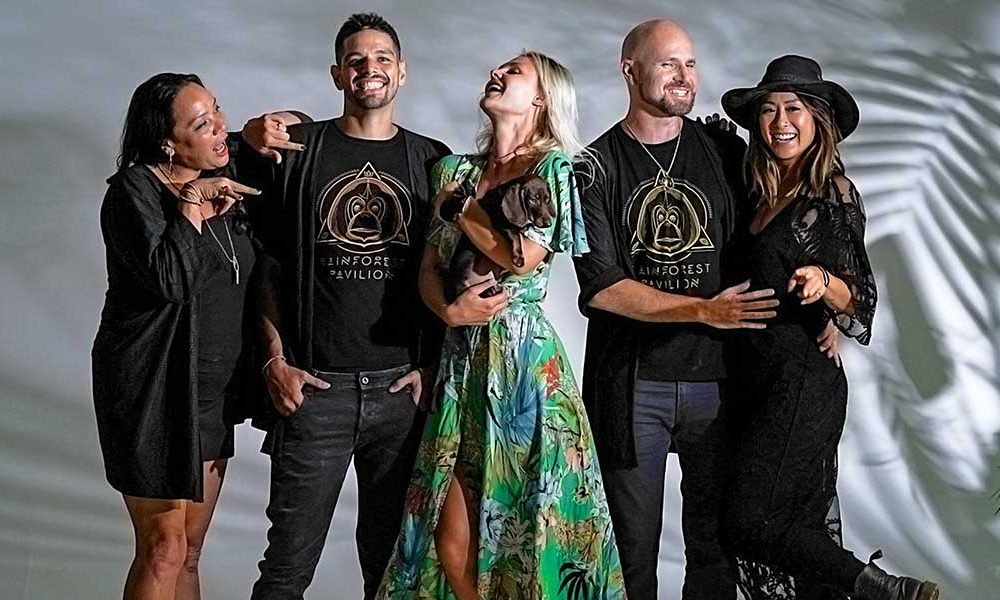 Meet Alex Joy and the collective. 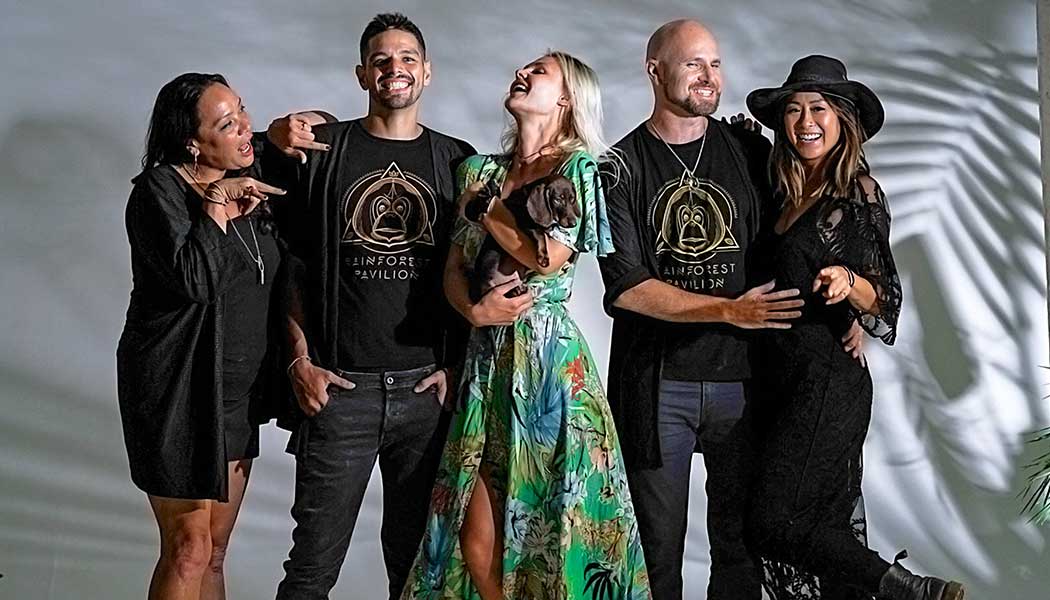 If you attended any of the last three Wonderfruit festivals, you may have come across Rainforest Pavilion, a brilliant arts and entertainment platform that aims to make saving our rainforests fun and sexy by combining music, art, and dialogue in one immersive space.

This year the Rainforest Pavilion brought together DJs and performers from around the world, ecological speakers from the IUCN (International Union for Conservation of Nature), vendors, artists, and scientists to celebrate rainforests and raise awareness about their destruction. They also raised enough funds to purchase 404 hectares of rainforest in Kalimantan for conservation through Rainforest Trust.

We caught up with Rainforest Pavilion founder Alex Joy to find out more about this unique platform and the issues that are most important to them.

Alex, how did you get involved in eco-activism and rainforest conservation in particular?

I was brought up with rainforest conservation. My father was very active in battles to save the temperate rainforests around Victoria, British Columbia, where I grew up. My parents also brought me to live in the rainforests of Sarawak when I was about six. The whole family went on long treks and lived with the Dayak people, who shared their ways of dance, hunting, art and thriving in the forest. So I developed a deep appreciation for forests from a young age.

How did Joy Collective and the Rainforest Pavilion come about?

Founded in 2016, Joy Collective came about when I realised what an interesting network of people I knew and how if I could unify people from different sectors and industries towards common causes we could really have an impact. Rainforest Pavilion grew out of this and is the first project of Joy Collective.

When I first experienced Wonderfruit festival and learned about their ethos, I was eager to get involved in something in the music industry that went beyond just the good times. I pitched the Rainforest Pavilion concept and the festival curator and founders liked it. Then I actually had to pull it off, so I shared the idea with my Bali fam, Halim and Tina Ardie. They also loved the concept and threw themselves at it fully. Now it’s three years later and we’re still growing. The process has brought me together with so many interesting, dedicated people. It’s a really good feeling when something grows organically in an industry that has become almost overwhelmingly about hype.

One of your goals is to make saving the rainforest fun and sexy. Why is that important?

For something to become popular in the 21st century world of selfies and chronic vanity it simply must be sexy. Imagine if saving rainforests was seen as a symbol of prestige the same way a fancy car or handbag is. If saving the environment was the ultimate status symbol, imagine the steps that we would be taking to preserve ecosystems rather then exploit them to buy other status symbols.

What are the most critical issues right now regarding rainforest conservation in Indonesia?

Like many countries, Indonesia has many issues when it comes to rainforests including lack of foresight and enforcement of laws, population pressure, and irresponsible agricultural practices. In some areas Indonesia is improving with deforestation rates going down. This is due in part to a proactive fight against land clearing to fight the haze issue as well as market pressure on palm oil to be produced without deforestation. Indonesia actually has progressive laws to prevent deforestation of original forests and most major palm oil retailers and manufacturers have made zero deforestation pledges, so if we can hold them to this, Indonesia could become a leader in conservation.

To date, what are your biggest accomplishments with Joy Collective and the Rainforest Pavilion?

The last installation at Wonderfruit festival was our biggest accomplishment. At the previous site we were working with an existing structure by Thai architect Duangrit Bunnag so we didn’t have to build the actual structure. This year we worked with designer Matteo Messervy and builder Mana Sarewong to build it from the ground up using bamboo and an open-plan design featuring nature as the backdrop. It was challenging, but also liberating. Also, the proceeds this year will also lead to the support of 404 hectares of forests. This is 100 times more land then previous efforts!

How optimistic are you about the future of Indonesia’s rainforests?

It’s very hard to say right now. The past 50 years have been devastating for Indonesia’s forests. For example, Papua has the most massive tracts of forests in Indonesia, but there is a lot of industrial development slated for Papua. We have long identified extremely destructive industrial practices that have detrimental effects of human life as a whole, but we have an economy that rewards these destructive practices. Until we can evolve to a new value system, there isn’t a lot of hope for rainforests.

Globally we are seeing a stark increase in deforestation, including the USA, Brazil, Russia, Eastern Europe, and embarrassingly in Canada (my home country). As these ancient trees become rarer, their timber also becomes more valuable. In my view all original forests should be protected. I’m not suggesting the end of forestry, far from it, just an end to taking from ancient rainforests that stand at far less then half of what they once were. To date only two countries that I know of have taken this step: New Zealand and Thailand.

That being said, one of the great connections I’ve made through Rainforest Pavilion has been with with Dr David Gaveau. I’m impressed with the work he is doing with CIFOR, which is mapping in detail what is happening with deforestation in Indonesia focusing on one island at a time. This is a working model for Kalimantan now and shows the slowing of deforestation rates in recent years, so there seems to be some progress.

Are there any big plans on the horizon for Joy Collective and the Rainforest Pavilion?

Yes! We’re releasing the music recorded at the Rainforest Pavilion last year as a mixcloud series and 100 per cent of the proceeds will go to rainforest conservation. We are also planning a Rainforest Pavilion in Vancouver to bring attention to the shocking increase in deforestation of ancient forests there in the recent years, and fundraising and planning for the 2019 pavilion at Wonderfruit. It’s going to take a lot of work to reach my goal of preserving five million hectares of rainforest, but I’m confident it can be done.