Noun: A fair, objective, and permissive attitude toward those whose appearances, opinions, beliefs, practices, racial or ethnic origins, etc., differ from one’s own; freedom from bigotry. By David Gava.

I DON’T mind if you’re black or white, straight or gay, religious or a non-believer, pro-choice or anti-abortion, for capital punishment or against it — as long as your particular stance is not one that promotes hatred towards anyone holding opposing views.

Be a Hare Krishna devotee if you want, and march along Kuta Beach tinkling your bells while chanting; it always makes for a colourful sight. Jehovah’s Witness? Yes I’d love to have a chat, but let me tell you about Charles Darwin and evolution while I’m making the tea. 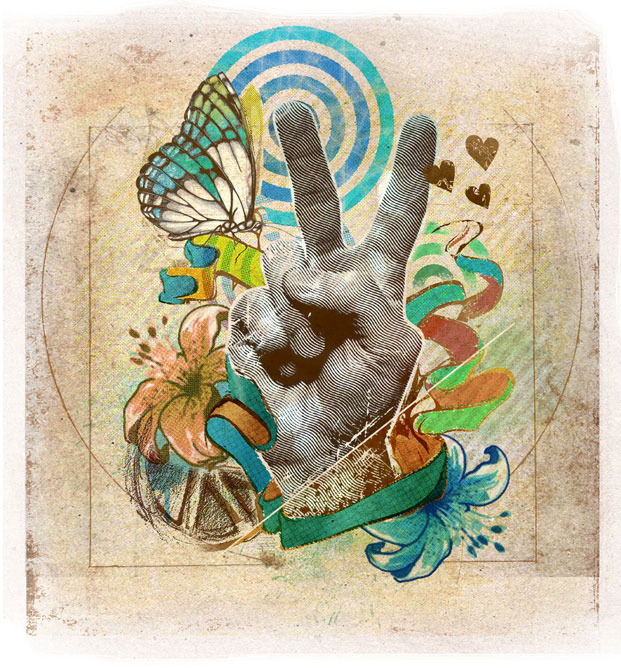 Eat pork if you like, or slaughter your farm animals a certain way to ensure compliance with your religion. Prefer dogs to cats, or choose red wine over white — even while eating fish? It matters not to me. And do I care whether you drink your Bintang out of a glass rather than the bottle it came in? Not one bit.

Why? Because I like to think of myself as a tolerant person.

The founding fathers of Indonesia prided themselves on being tolerant by writing it into the 1945 constitution in the form of “pancasila”, a political philosophy and national ideology that sought to unite an archipelago of 17,000-plus islands now populated by around 250 million people drawn from more than 300 distinct ethnic groups and boasting a tongue-tying 700 living languages.

Obviously it is easy to find examples of intolerance in Indonesia today despite U.S. President Barack Obama — who famously spent part of his childhood here — telling the last APEC summit that the country was an example to the world. Christian churches are regularly targeted by fundamentalist Muslims in Aceh, while in Java, thugs purporting to be defending Islam have murdered and persecuted the Ahmadiyya community for years, claiming they belong to an heretical sect.

Only recently, under pressure from a vocal but minority parliamentary bloc, the government banned the sale of alcohol at convenience stores (with some exceptions for tourist areas of Bali), ostensibly to protect teenagers. Wouldn’t it be better to actually enforce the laws that prohibit sales to minors in the first place?

A month later, legislators in Sumatra drafted a bill that proposed restricting the availability of condoms to pharmacies as a means of preventing casual sex and thus (apparently) reduce the transmission of HIV.

Actually, that isn’t intolerance, that’s idiocy. Fortunately it didn’t pass.
But, by and large — and sometimes to the surprise of many who visit — Indonesians are a tolerant bunch.

Here you can you find communities of transgender people in multiple cities — their non-derogatory nickname “waria” comes from a mash-up of the Indonesian words “wanita” (woman) and “pria” (man) — dominating certain sectors, such as hairdressing, fashion and cosmetics, while no local soap opera from Jakarta is complete without a regular appearance by a camp-as-Christmas pantomime queen, lisping the latest gossip.

People of all hues, religions, sex and ethnicity occupy high office across the archipelago. Many politicians and leading state officials have multiple wives or mistresses, some celebrities are openly gay and Bali has become the latest go-to destination for same-sex couples wanting to solemnize their unions.

Nobody bats an eyelid. 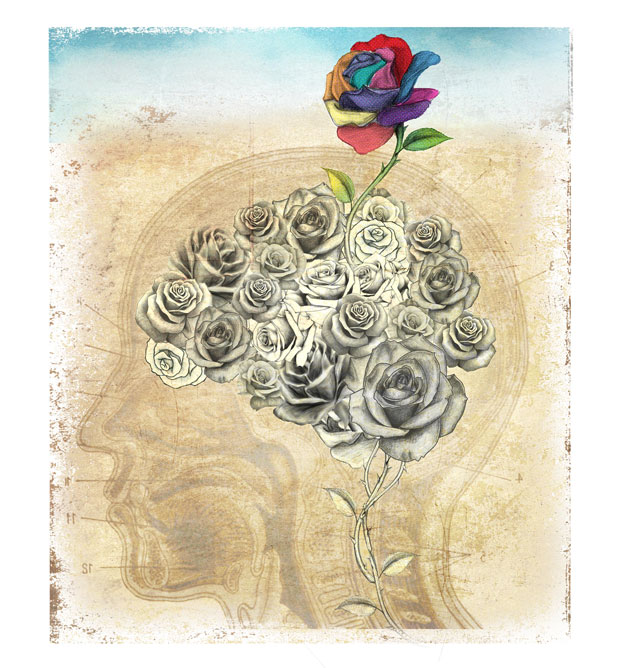 There is, of course, a hierarchy of intolerance across the world and it is our duty as living, breathing humans to do something about it.

Religious intolerance is probably top of the food chain.

All religions claim to be tolerant of others, but history and reality suggests otherwise. The Inquisition, the Crusades and the oft-brutal forced conversion of Indian natives in South America by the Catholic Church are really no different to the murderous expansionism of ISIS today in the Middle East.

Take a look at the Phelps family of the admittedly fringe Westboro Baptist Church in Kansas, forcing their children to picket the funerals of U.S. soldiers with hateful signs reading “God hates fags”, or visit the unintentionally entertaining Creation Museum — founded by Australian Ken Ham at a cost of $30 million — where you can see dioramas of remarkably Anglo-Saxon-looking people living side-by-side with dinosaurs, because apparently the earth is only 6,000 years old.
We allow these nutters to live among us because we are largely tolerant, but visit either premises and ask a pointed question and you’ll be shown the door, possibly violently.

“While religious tolerance is surely better than religious war, tolerance is not without its liabilities,” wrote neurologist and philosopher Sam Harris in Waking up: A guide to spirituality without religion.

Belligerent nationalism of the sort that sparks wars is probably next in line — the genocides that saw Turks massacre hundreds of thousands of Armenians in 1915, Germany and its allies gas millions of Jews in World War II and Hutus in Rwanda turn on their Tutsi countrymen in 1993.

More recently Yugoslavia disintegrated into hate-filled carnage that scattered many of its people across the globe, only for them to recreate their intolerance as far away as Melbourne, where spectators came to blows watching a tennis match between an Australian-as-you-like Serb and his Croatian émigré-turned-compatriot opponent.
“Patriotism is the last refuge of a scoundrel,” wrote Samuel Johnson in 1775 — nearly 250 years before the first “Fuck off, we’re full” bumper sticker appeared on the back of a Sunshine Coast Holden.

The tolerance for helping refugees, or asylum seekers, or economic migrants — call them what you will — seems to be at an all-time low across the world. Hundreds have died in the Mediterranean attempting to cross from North Africa to Europe in the past year, possibly thousands in Asia’s waters.

Yet the Daily Mail — the self-proclaimed “voice of middle England” — can scarcely escape a week without a headline shrieking something along the lines “Britain being swamped by refugees” despite the country colonising more than 90 percent of the world over the course of its modern history.

Archives don’t show any headlines reading “World being swamped by Britain” during the Victorian era. 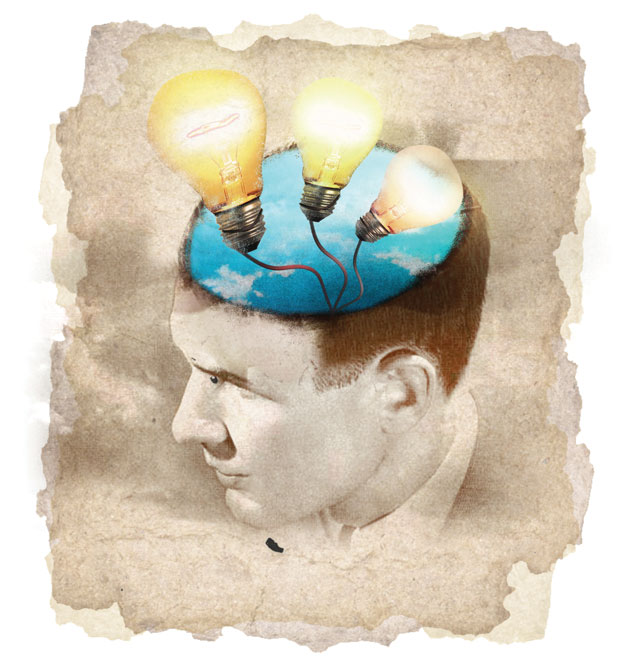 Admittedly us mere mortals can do little individually to change much of the already offered examples of intolerance save by using our votes, believing (or not) in more tolerant branches of religion and not reading the Daily Wail (sic) — unless you absolutely have to find out the latest on the Kardashians, or Posh and Becks.

Look at sport, for example.

While things have improved since the days spectators threw bananas on the pitch whenever a black player took the field, just this year Ghanaian international Emmanual Frimpong was sent off in a Russian premier league game for giving fans the middle finger after repeatedly being taunted by monkey noises whenever he touched the ball.

These were fans of his own team, and the coach helpfully suggested that Frimpong needed to “toughen up”.

In Australia recently, immensely talented Aboriginal AFL player Adam Goodes celebrated a goal by performing an indigenous war dance that included mimicking a spear throw. Since then he has been booed every time he gets the ball by fans who disingenuously claim they are doing it not because they are racist, but because he is a grub and a sook — two of the most hilariously inoffensive insults ever to emerge from that country’s generally rich vocabulary of swearwords.

What you do about incidents like this? Well for starters, don’t boo and secondly, if you are seated next to someone being racially offensive, or making monkey noises, then point it out to them. Tell them to stop.

Australian rugby captain David Pocock caused a stir earlier last year when he complained to the referee — and then went public — after a teammate was constantly being taunted by an opponent as a “poofter” for having taken part in Sydney’s gay pride parade .

Pocock was pilloried by some of the more Neanderthal pundits that populate the sport — and the internet erupted in a hash tag storm of indignation from some fans who suggested things along the lines that “rugby is a man’s game” and “what happens on the field, stays on the field”.

“It was the least I could do,” said Pocock, who earlier this year was arrested, along with his wife and other protestors, after chaining himself to a super digger being used to create a coal mine in a national forest area.

“Tolerance implies no lack of commitment to one’s own beliefs, rather it condemns the oppression or persecution of others for their beliefs,” said John F. Kennedy at the height of the Civil Rights movement in America when blacks sought equal opportunities to those granted white citizens — and certainly the election of Obama suggests the U.S. has come a long way since.

But is the world becoming more tolerant?

International cooperation via such organisations as the United Nations, European Union, ASEAN and NATO have made enormous strides in reducing the likelihood of world wars or regional conflicts based on nationalist ideals, but rebellions and conflict remain.

Some 18 countries now recognise same sex unions, with legislation in place in at least a dozen more, and apart from the usual suspects (looking at you, Saudi Arabia and ISIS) religious tolerance is also growing — and more importantly, the freedom not to be religious.

And while we’re all products of our environment and upbringing, racial tolerance seems to be improving, although a lot more needs to be done in that area across the world.

But being tolerant isn’t just about that.

Being tolerant is being good.

Not everyone, however, is a fan of tolerance — as anyone who has watched Fox News for more than five minutes can attest.

“Tolerance is a very dull virtue. It merely means putting up with people; being able to stand things,” said E. M. Forster — somewhat surprisingly given the celebrated author of A Passage to India, Room with a View and Howard’s End was homosexual and had a long-term relationship with a married policeman in an era when you could be jailed for it.

“Tolerance is another word for indifference,” said fellow author (and homosexual) W. Somerset Maugham, while a third great British man of letters, strident Catholic G. K. Chesterton, suggested: “Tolerance is the virtue of the man without convictions.”

The great 18th Century English poet Samuel Taylor Coleridge — who clearly had a high tolerance for opium given his lifelong addiction — wrote: “I have seen gross intolerance shown in support of tolerance”, thus sparking a first-term debate subject for every philosophy student since: “Should we tolerate intolerance?”.

Perhaps the final word should be left to that other great man of letters, the fictional Nigel Powers, father of Austin Powers in the movie Goldmember.

“There’s only two things I can’t stand in this world … people who are intolerant of other people’s cultures, and the Dutch.”