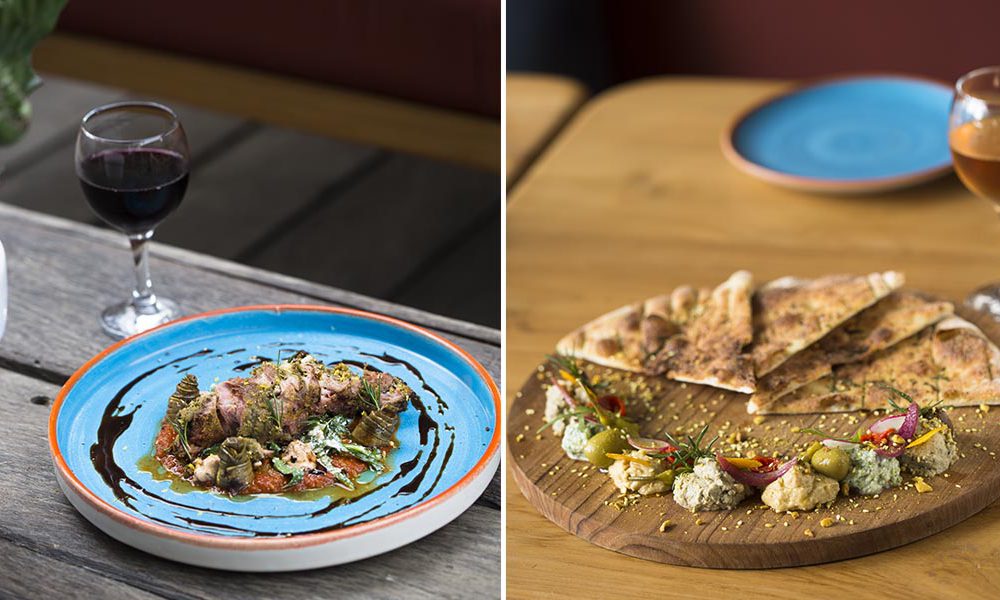 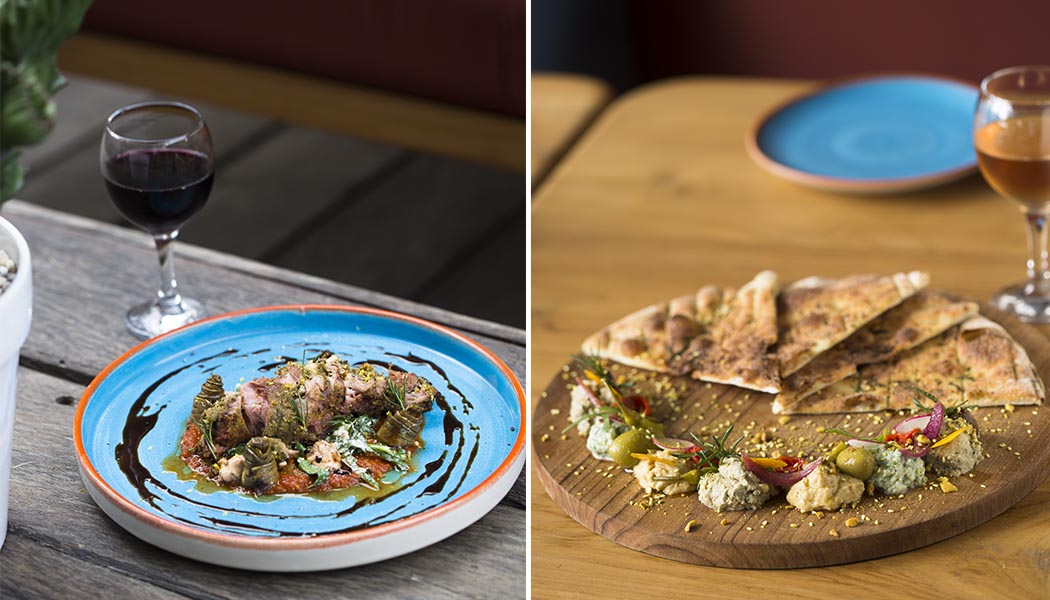 There’s a lot of chitchat about Bali’s dining scene at the moment, and a growing list of serious contenders for international awards and best-of lists. Chachara may well slide in to one of those lists and it won’t be the first time chef and founder Willy Trullas Moreno has grabbed the spotlight. He’s something of an extroverted expert.

Despite the name, which means chitchat in Spanish, Chachara opened down a lane off Jalan Batubelig with little more than a neon sign over a dark doorway. The sensory explosion happens once you navigate the funky entrance. It’s a bit like arriving at a surprise party; you really do not expect what lies within.

Partly because the El Willy phenomenon had escaped me, happening largely in Shanghai where the colourful signature of Barcelona-born chef Willy is celebrated. He has since made an impact on diners from Hong Kong to Manila and now it’s Bali’s turn.

Chachara is a Spanish-inspired tapas restaurant, to put things simply, but with an Italian behind the stoves, crossing borders is not a problem. That’s the other thing about this group; they aren’t just outside the box, they blew it up. They love colour, art, music, fashion, graphics, out of the way places, sex and food. They have serious culinary cred, so underlying the colorful interiors and cheerful chitchat is a sensational menu. 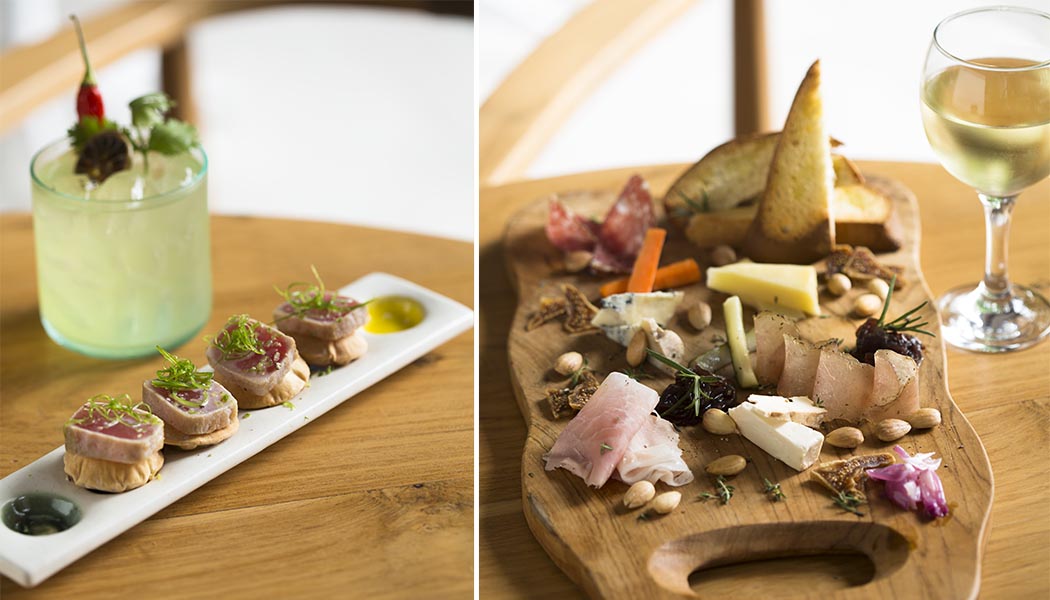 Chef Willy’s brother handles design and Chachara’s inspiration is both retro and contemporary. It’s a curated space to hang out with friends, throw a party, drop in for some explosive snacks (more on that later) and sing along to some great live music.

But don’t be misled by the quirky décor. The team behind Chachara have worked in restaurants as revered as Georges Blanc in Paris, Aquavit in New York, from Greece to China, Australia to the UK. Diner’s Club lists El Willy in Shanghai among the 50 best restaurants worldwide.

Orange and turquoise are the theme colours, with flashes of neon. There is an open kitchen, a neon orange VW van serving drinks and coffee, a large open courtyard, a sleek bar and an air-conditioned dining room that can be sectioned off for private events.

Cocktails are as sexy as the tapas menu, and a great list of wines and beers complete the picture.

Chef Pancio, Alberto Panciera, makes his way to our table among a flotilla of explosive dishes and test plates for the upcoming Halloween. We sampled a chorizo choux, a tiny pastry stuffed with a quail egg, a slice of grilled chorizo languishing on top with a crown of scrambled egg white. 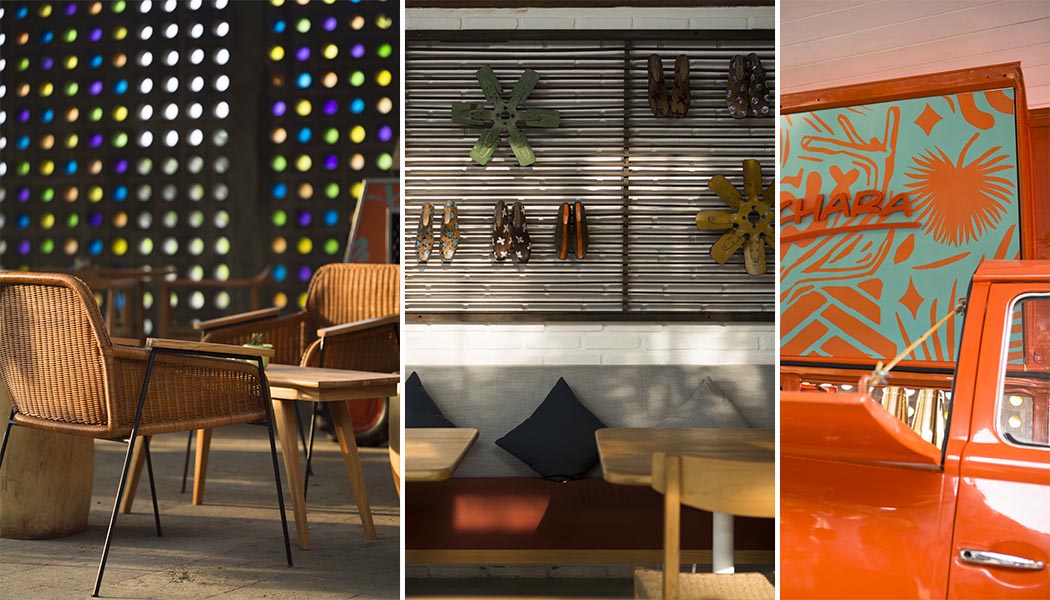 We then got into the explosions. The ‘air baguette’, is a signature, a filled bread case that explodes as you bite into it; our first was filled with a melting raclette-style cheese with a thin slice of steak on top – a play on a cheese steak. An avocado explosion followed with fresh guacamole inside, topped with slices of avocado and a glisten of chili.

The ‘balik’ salmon explosion has already made culinary headlines, a slice of salmon on a pastry base stuffed with honey and truffle that literally explodes as you bite into it. It’s all created to be happy, sexy and delicious, prepared with skill and made to look simple, despite the often intense preparation involved. It is easy on the eye and easy to eat. Fingers are encouraged as are chopsticks, cutlery or whatever works for you.

A truffle croquette followed, a fragrant, crispy bite of scented cheese, and then Chef Pancio’s signature suckling pig arrived; a sous vide pork belly, crisped in the oven and served with carrot cream, grilled leeks, sweet potato chips and dressed in a beautiful demi-glace. Best of all, it isn’t heavy or stodgy, just very good.

“When I first met Chef Willy he seemed crazy, it was so different working in his kitchen, it felt like a family, and like jumping off the high board. Whatever you asked him to do, he would find a way to make it happen, I liked that. If it seemed impossible, we would do it anyway,” recalls Chef Pancio. 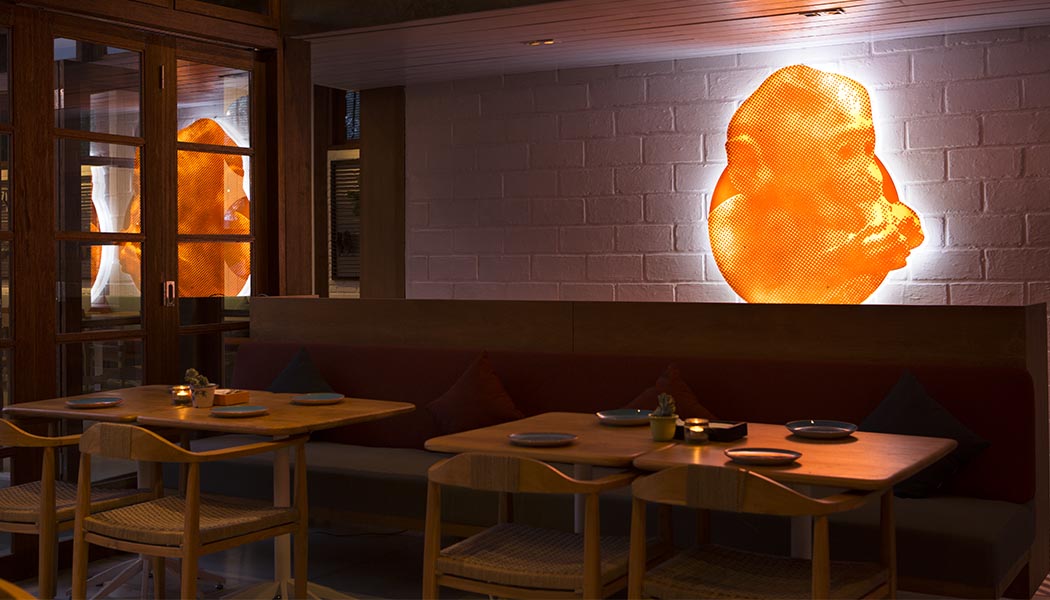 To pull this off takes a forward thinking chef who just says, bugger this, I’m going to have some fun. Willy isn’t the first to throw off the shackles of white tablecloths and haughty waiters. His infectious attitude has filtered through though to the entire team, and Bali’s Chachara beams with skill, enthusiasm and irreverence.

Pancio’s signature dessert is already a bit of an Instagram star. Carved up on a wooden board, little pieces of sweetness are artfully placed amid fresh fruit and chocolate. There’s a little panna cotta, brownie bites, tiny ice cream scoops and jewel-like fruit tarts. All sprinkled with a dust of icing sugar and perfect for sharing. Chef Pancio likes sharing.

The whole experience is fun. It’s a clever concept that will go down well with Bali diners who often prefer to hang out and drink more than they eat. Serious food lovers can go the full marathon.
Thursday nights offer live music programs. The night we visited a soulful singer/guitarist was performing, having been plucked from the crowd during a previous performance. He was quirky, talented and quietly accomplished, a little like this venue. With a line-up of international friends from the fields of music, food, fashion and art, Chachara has more surprises up its sleeve.

I think I’ll be back to try the Sunday brunch, the Sangria nights, the happy hours and possibly for no reason at all, just because it is a happy place. S.D.