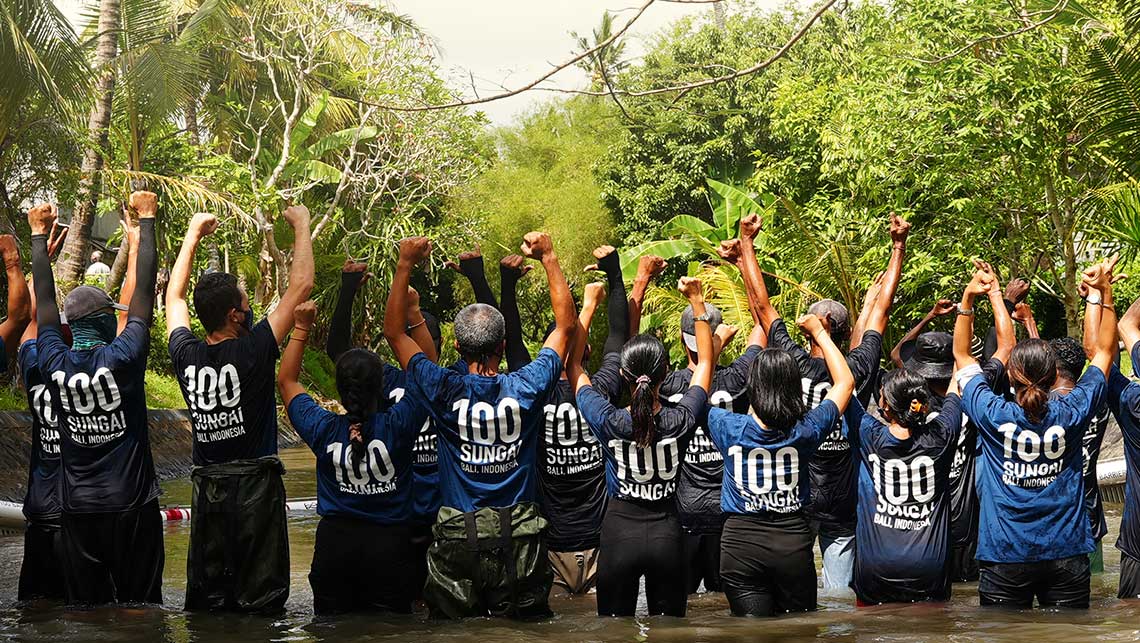 On Friday, August 20th, 2021, Sungai Watch, an Indonesian environmental organization will be installing their 100th trash barrier in Bali, Indonesia. Sungai Watch’s trash barriers are a simple but effective technology to stop plastic pollution from going into the ocean.

Sungai Watch, who placed their first barrier in October 2020, had made it their goal to install 100 of their trash barriers on Bali’s rivers and have achieved their goal in less than a year.

A big part of Sungai Watch’s success has been their approach to involve the local community. Sungai Watch believes that clean rivers start with community, and they select and empower Sungai Warriors in every river where they implement new trash barriers. 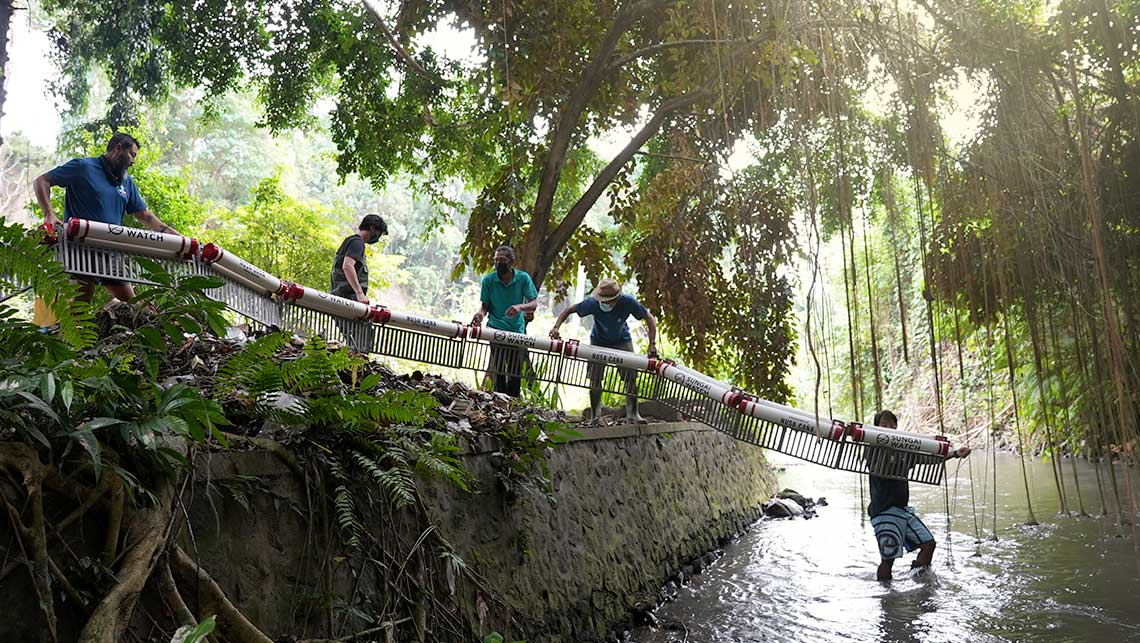 Since starting their operation in October 2020, Sungai watch has collected 650,000 kg of plastic.

Around 90% of plastic in the ocean originates from rivers. Indonesia is second only to China as the world’s largest contributor of this kind of waste to the ocean plastic problem.

Bali, Indonesia — On Friday August 20th, 2021, Sungai Watch, will be installing their 100th trash barrier protecting rivers and stopping plastic pollution from going into the ocean.

Sungai Watch hires 50 people on Bali, including a patrol team who go out and clean all 100 barriers every single day. Once the trash is collected from their trash barriers, the trash is brought to one of their 3 warehouses spread out throughout Bali. In their warehouses, Sungai Watch sorts the trash into 15 categories/materials, they wash the trash, shred it and are experimenting with turning it into valuable products.