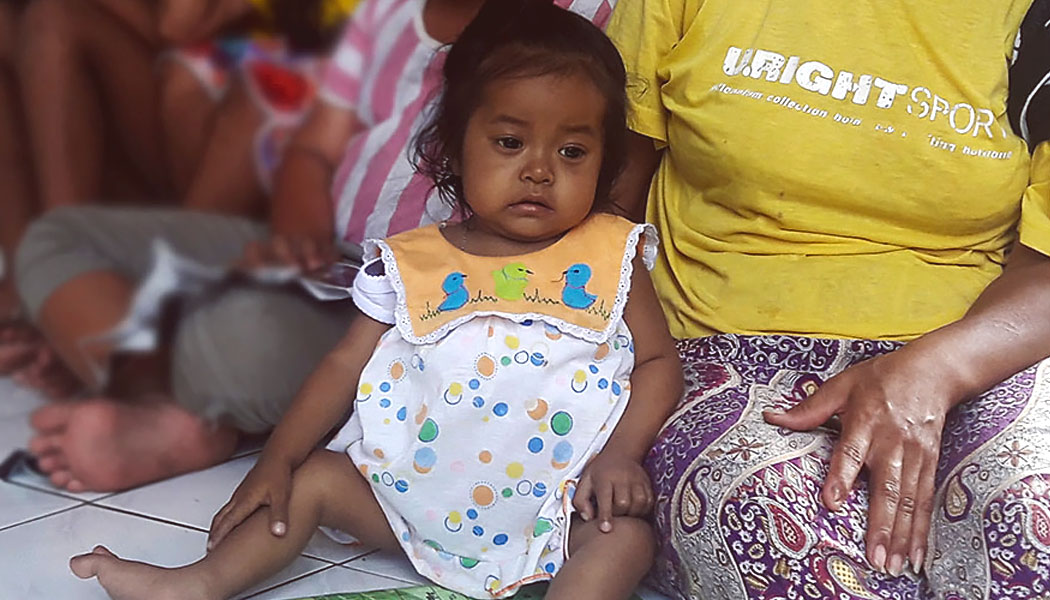 FOR every tourist on the ‘island of the gods’ there are countless Balinese and Indonesians living in dire poverty, many with debilitating diseases and in abject misery. Often they have no access to resources or assistance and suffer in silence while the world turns a blind eye. This is where Yayasan Sole Men Indonesia steps in, a Bali-based Indonesian non-profit foundation that is dedicated to alleviating suffering and helping the disadvantaged in Bali. 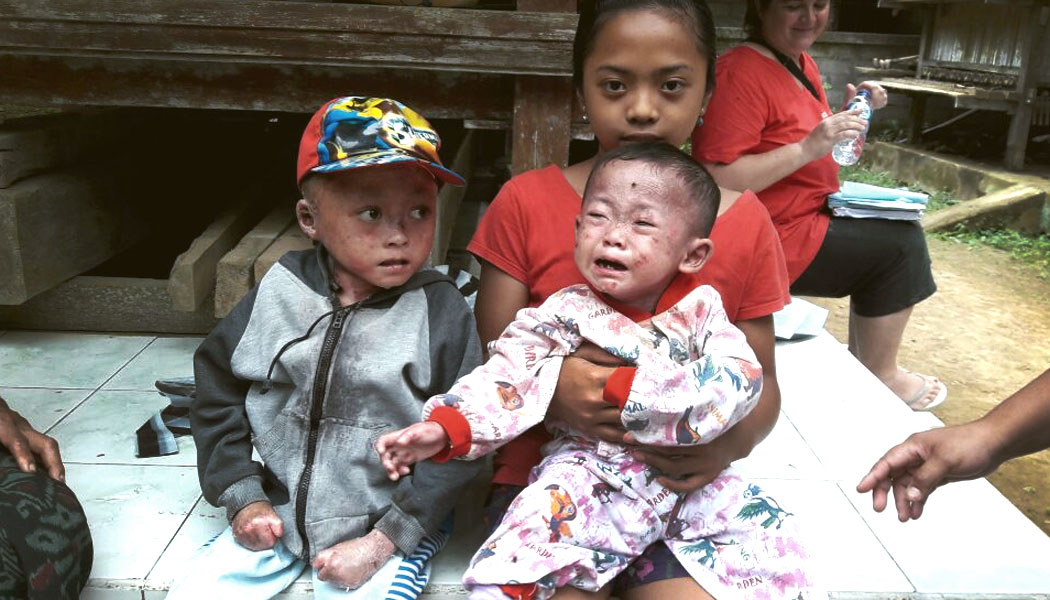 Sole Men was founded in 2010 by Robert Epstone and Beat Schmidt de Gruneck, both of whom led vibrant lives prior to settling in Bali. Robert has many years of experience trekking mountains in a number of countries to raise money for cancer research and facilities, and developing volunteer teaching projects for children of migrant workers in China. Beat Schmidt de Gruneck was once a Swiss Merchant Marine and is a passionate sailor who has travelled around the world by sea. 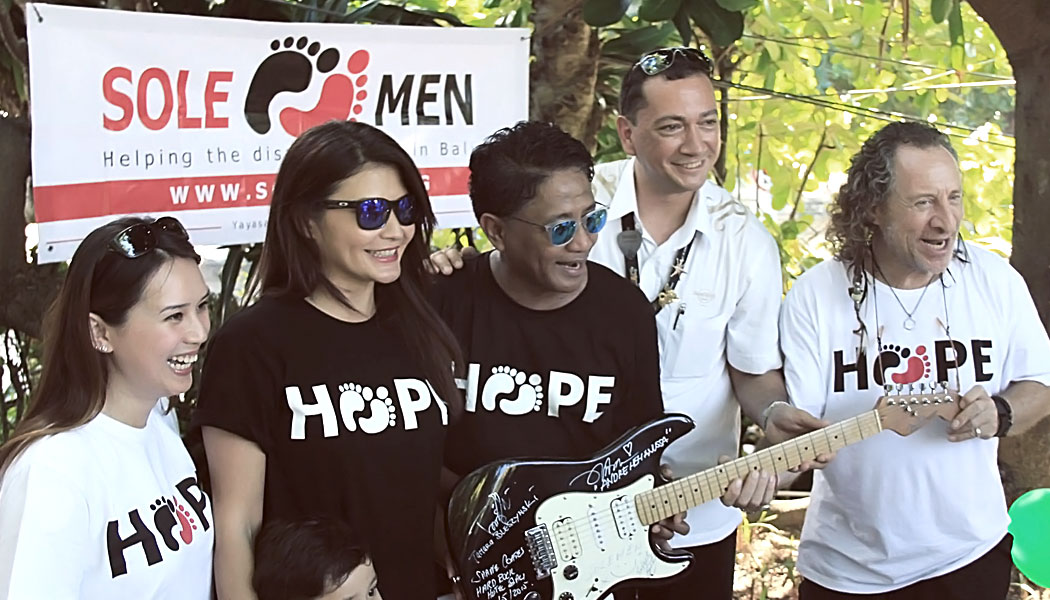 The two men met in Bali and discovered a shared concern for the plight of thousands of Indonesians living on the streets and in slums. When Robert heard about an old friend in China who had decided to go a year without shoes to raise money for the poor, he began to think of doing something similar in Indonesia. He declared his intention to Beat, and Sole Men was born. The two men pledged to live their lives barefoot until Sole Men raised one million US dollars. Their aim is to “to be in solidarity with those who don’t have a choice to wear or not wear shoes”.

Robert and Beat planned a 535-kilometre barefoot walk around Bali, which allowed them to get their message out, raise funds, and work with a medical team from Anak Anak Bali to hold health checks and distribute health and safety information to schools, orphanages and villages along the way, as well as teach children about how to protect and respect the environment. This would be just the first of several walks for the Sole Men team. 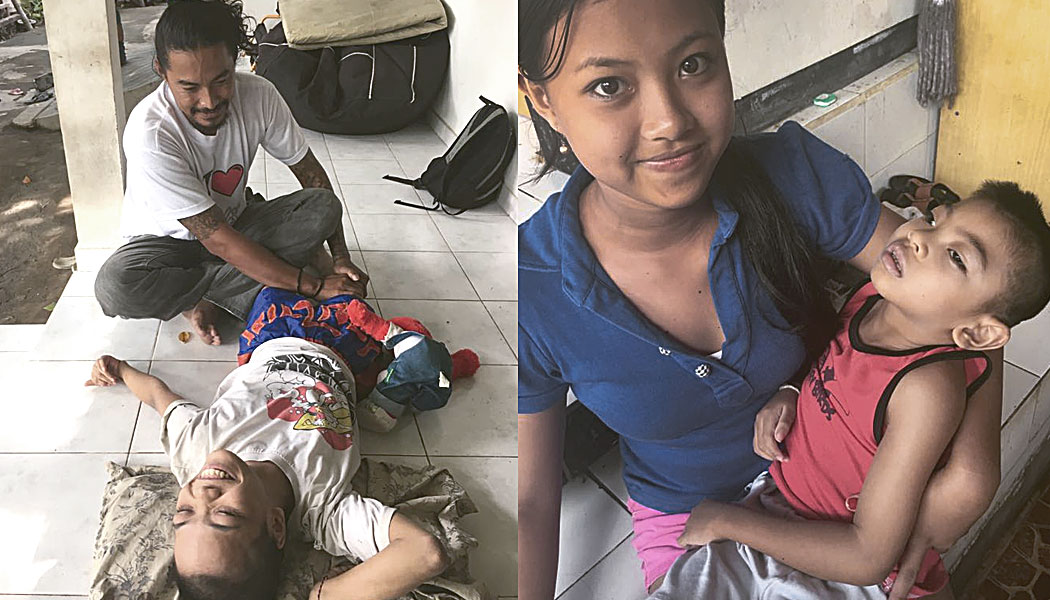 Today Sole Men also focuses on searching out and assessing individuals in need of assistance. They work with many accredited agencies, aid groups and projects that work to alleviate suffering, and they have helped to provide medical care and therapy to people with physical and mental disabilities and diseases, raise money for organisations like Bumi Sehat and Anak Anak Bali, and with government support, they have even relocated impoverished families to new safe and sanitary residences.

The foundation is ever in need of donations not just in monetary terms but also food, clothing, mobility and disability aids, sponsors and more. You can visit their website to review their wish list to see what is currently needed.