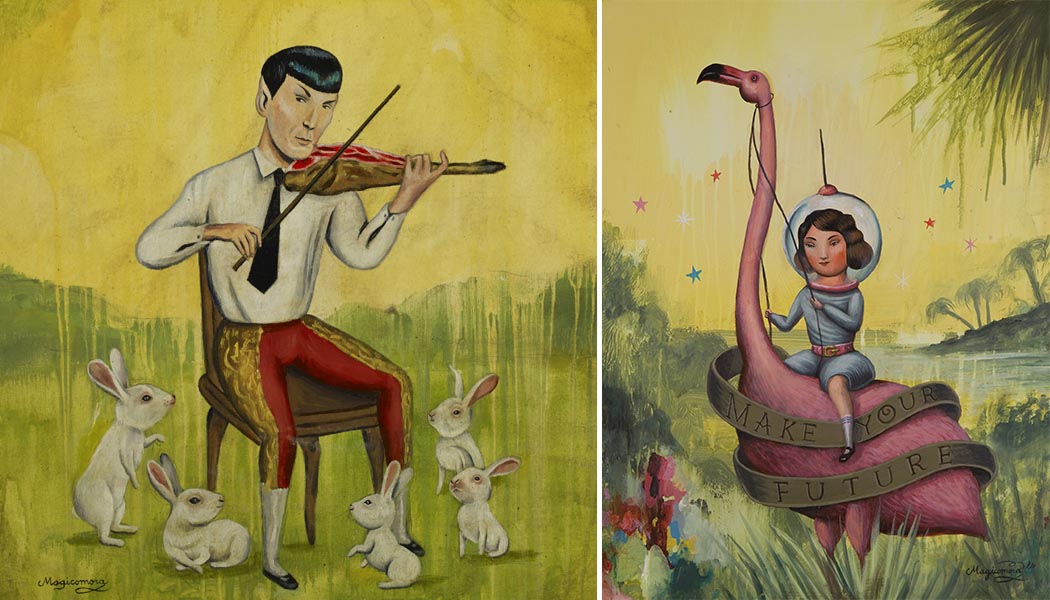 Sought out by Philippe Starck, he once painted a Krishna on a flying flan … welcome to the world of Sergio Mora.

“MORALAND is a country ruled with an iron hand by Sergio Mora, the terrible dictator who forces his citizens to live in extreme poetry, mortal luminosity, totalitarian humor, industrious elegance, dangerous benevolence and amusing absolutism. Worse yet, that state is a state of being. A state condemned to sublime happiness. The rest of the world is worried.“ – PHILIPPE STARCK. 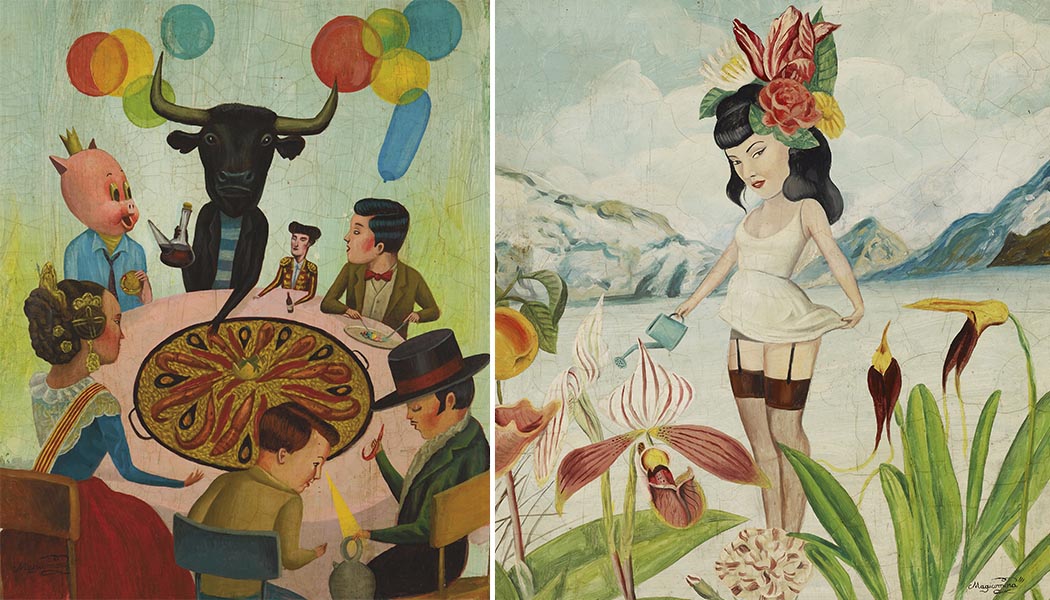 Sergio, that’s all Mr. Starck’s praise. When and how did you meet him?
In 2016. His studio contacted me to collaborate on two decoration projects. Apparently they got to know my work thanks to the Spanish architect Juli Capella. Anyway I went to meet PS in Paris and he told me about the project – designing tile murals to cover the walls, floors and ceilings of two restaurants for Chef José Andrés, one in Miami and one in NY. And if that wasn’t enough, he gave me total creative freedom. A dream come true. 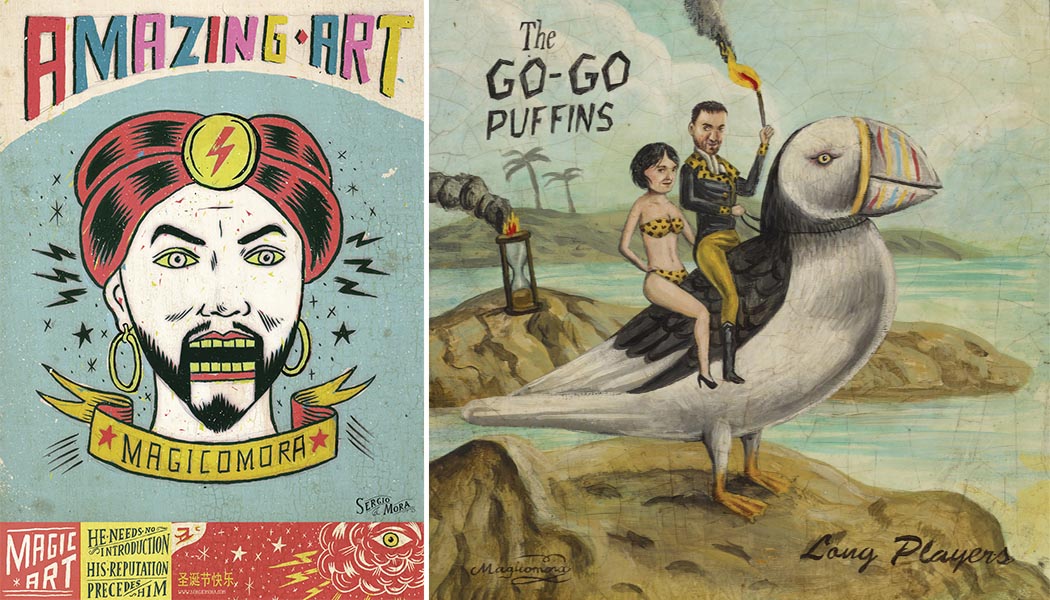 Your work deserves the attention. Tell us a little more about Moraland, where it’s at and how it’s inspired.
It was Starck who baptized my universe with the name Moraland. For me it’s a territory that has been taking shape little by little over the course of many years. It’s a universe that is forming with its own codes, a world in which everything is possible, and in which there is a balance between poetry and humour. 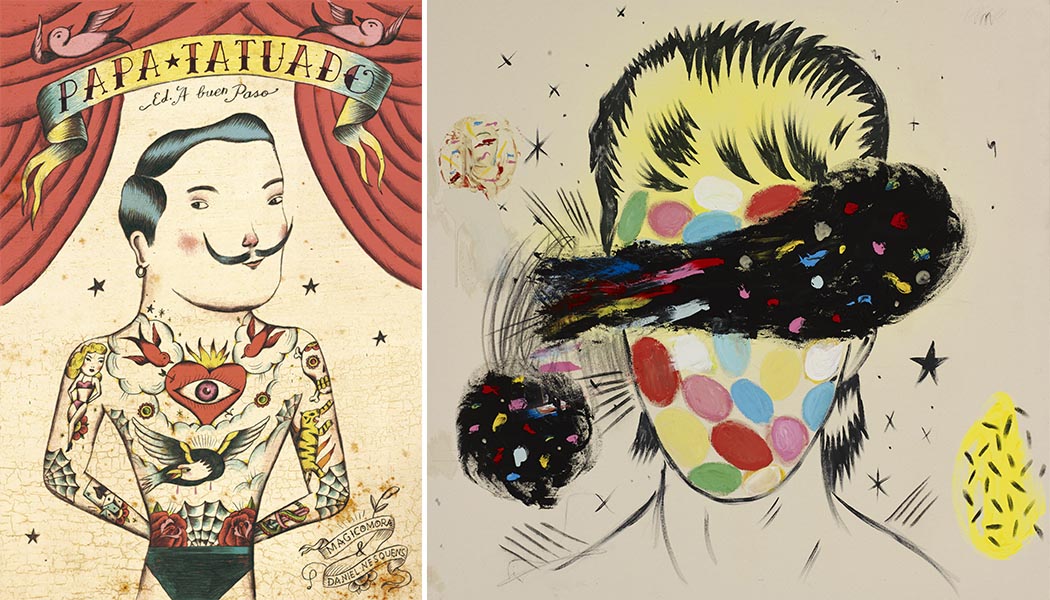 Were comics a big inspiration when you were growing up?
Well, yes. When I was a child I was always reading comics and I loved cartoons and television in general. I also started painting in oil when I was very young – my parents gave me an oil set at eight or nine years old. I guess you can see the rest in the work. 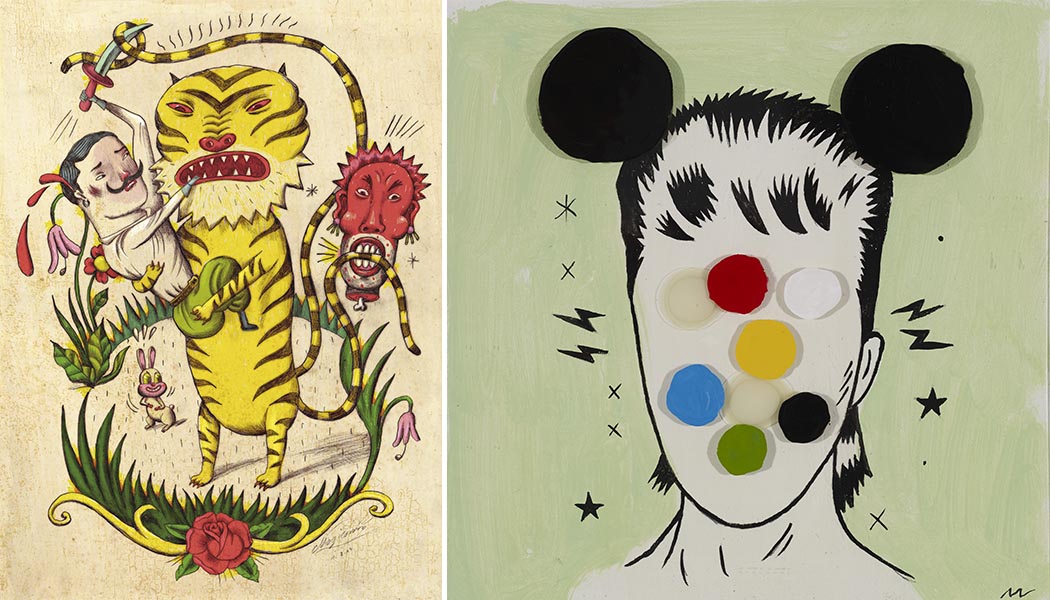 So it all started from such a young age. When did you decide you wanted to focus on illustration?
I studied at Llotja, the school of arts and crafts in Barcelona, and I think I chose to specialise in illustration because the school was in the urban centre of the city, and I liked to go there every day. Illustration was all around me, it kind of crept in. 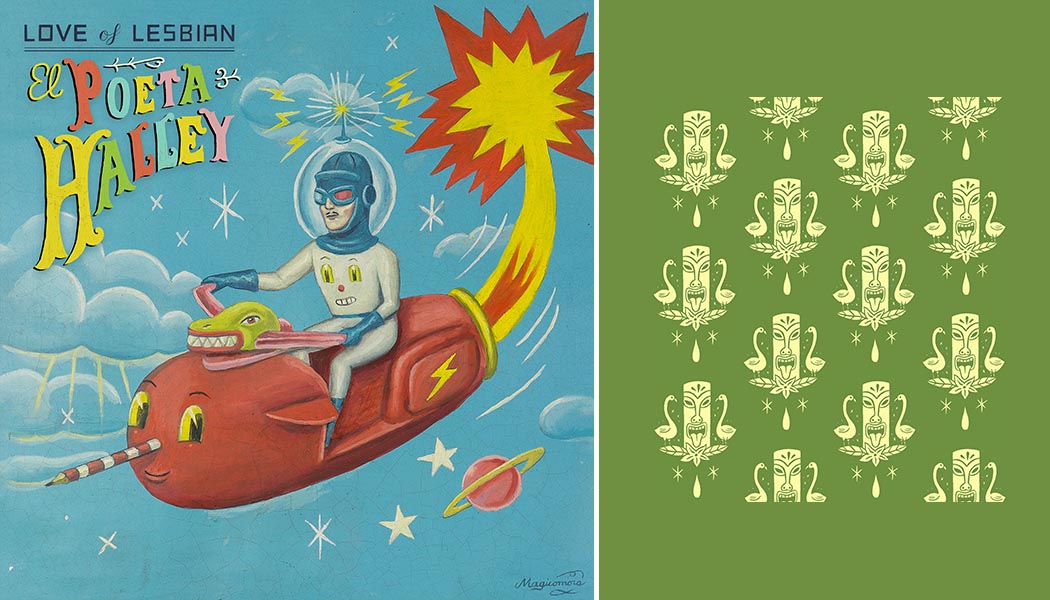 Dr. Spock doing yoga in front of a dinosaur and a volcano. Please explain your work “Space Hula Yogasan”.
Some years ago I took up yoga and it changed my life. But yoga is usually associated with a New Age aesthetic with which I do not identify, so the idea has always been to take yoga to my universe and give it a pop and a surreal tint. Spock and Bowie both reoccur in my work, often in a scenario that combines cosmic aesthetics with Tiki. 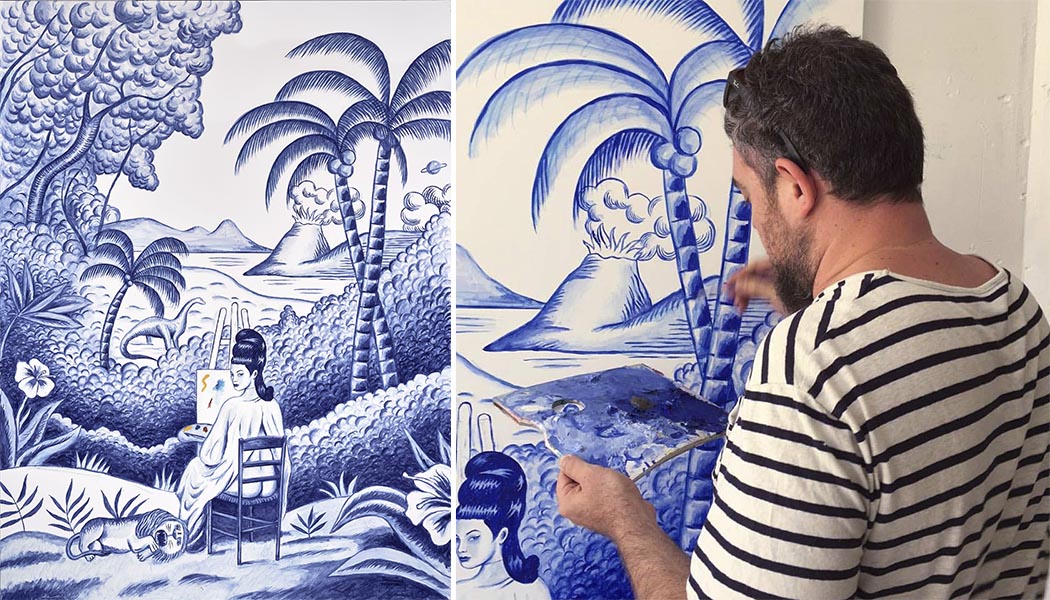 Righto. We’re sure that everything is pretty free in art class in Spain, but have you ever been told: ‘MORA, STOP MAKING THESE RIDICULOUS DRAWINGS! Maybe an art teacher? Or a father?
Ha ha, but the truth is – no. People have always encouraged me to do draw, paint, illustrate. I guess they like the work. 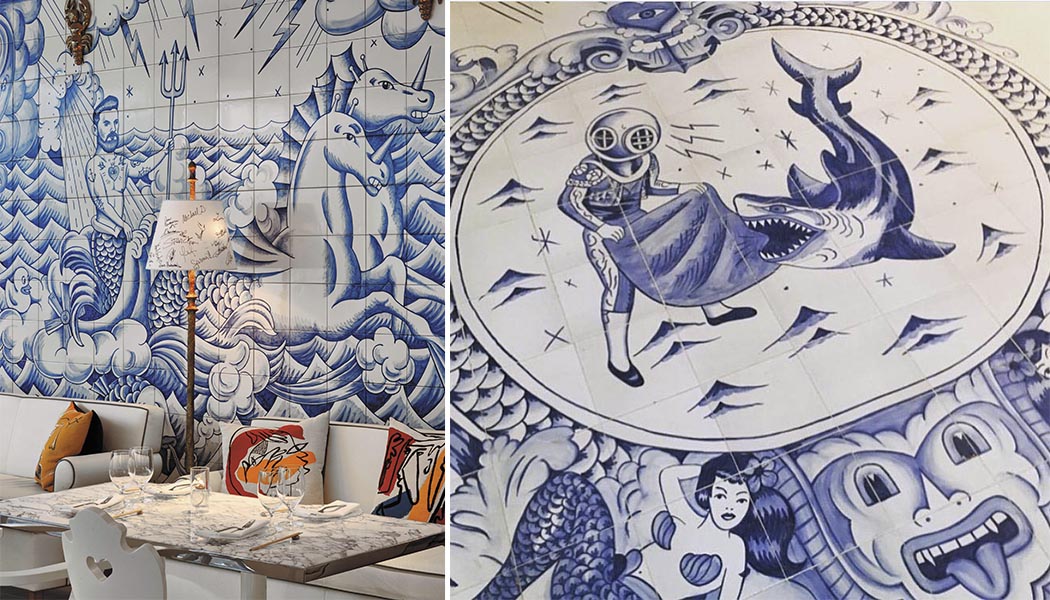 You have won a Grammy, nothing less. Congratulations.
Well thank you very much. I won it for the Best Design 2016 for the animation “El poeta Halley” of Love of Lesbian. You can check it out here bit.ly/2zGdjwf

Great work it is too. Ok so … Palm trees, frangipani flowers, tigers, volcanoes … they all appear in your work. Have you ever been to Bali or Indonesia before? You’d fit in well.
Sadly I have never been but I would very much like to visit! So if there are any good gallerist in Bali reading this they have my permission to invite me to exhibit 🙂 [We put him in touch with the gallery at Deus, so let’s see] 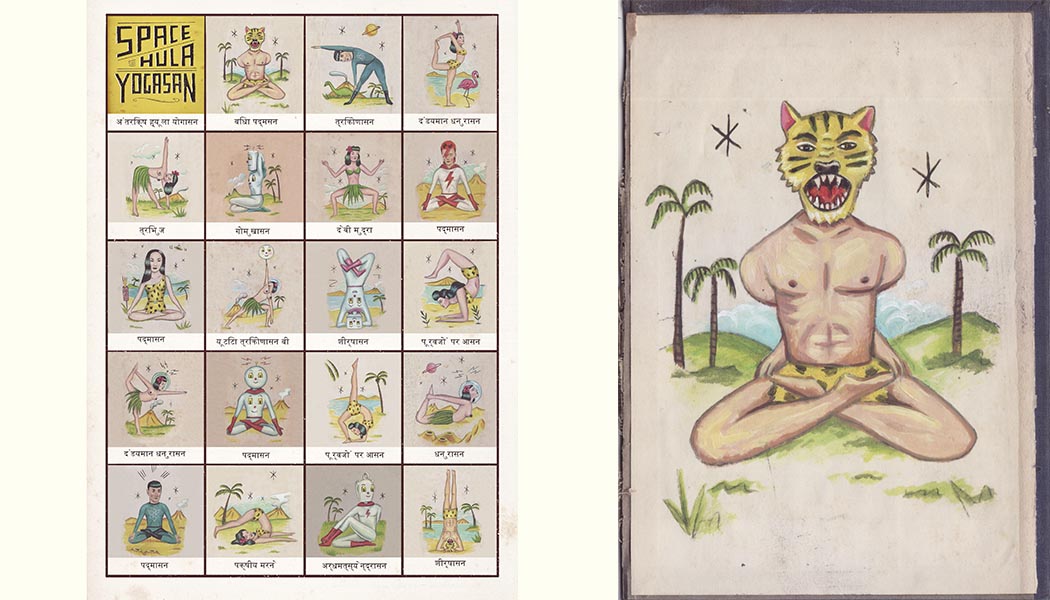 Some of the girls you feature remind us of those first sailor tattoos … what else do you see and think, damn, they did it better back then!
I look to all sides: the past, the present and the future.You find interesting things everywhere. I believe that as an artist one must be permeable to all kinds of sources. And so I keep an open mind. 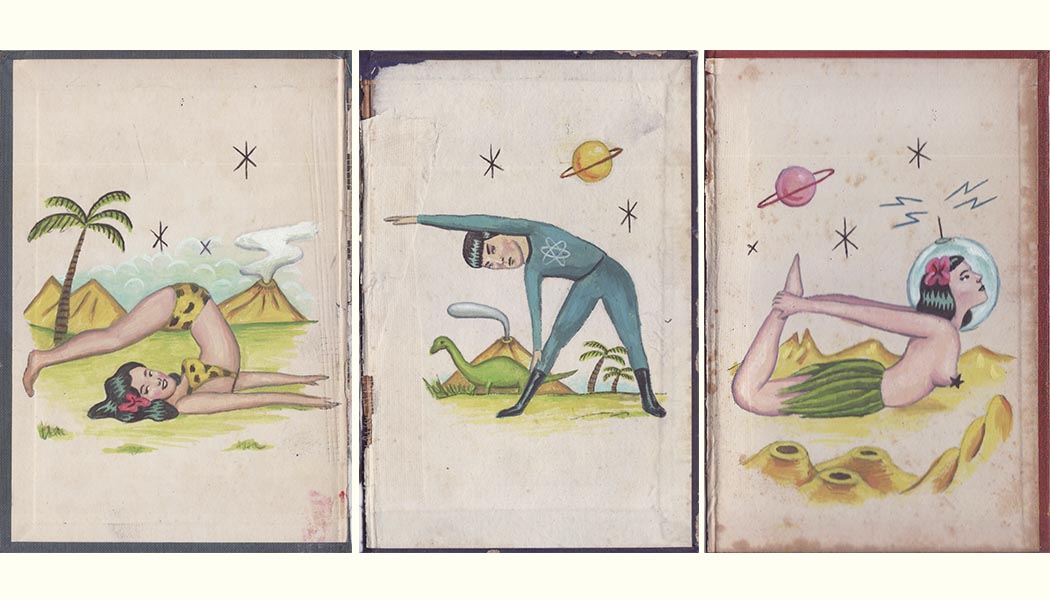 What’s your view on the problems now facing Catalonia? Do you ever get political in your art?
The situation in Catalonia is reaching its climax, but I am not a supporter of independence. Nowadays looking to the future implies breaking down borders, not creating new ones. I think we must develop a broad view, a planetary consciousness, planetary. We are all in the same boat floating in space, why fight it? 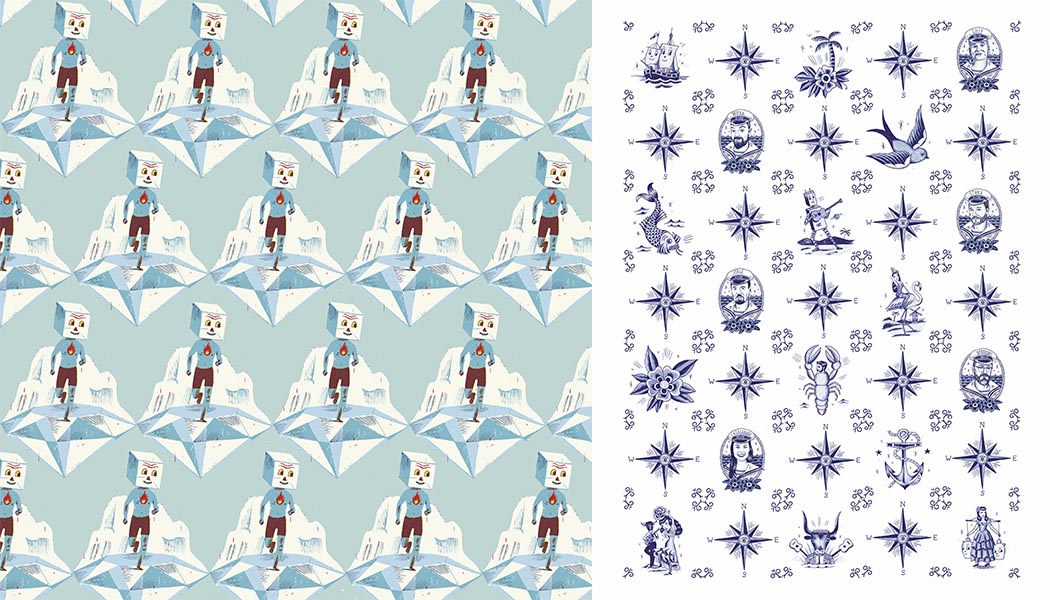 What’s the strangest thing you have ever put in a picture?
Not sure, but one painting comes to mind from 2004 in which, among other things, a Krishna appeared on a flying flan. 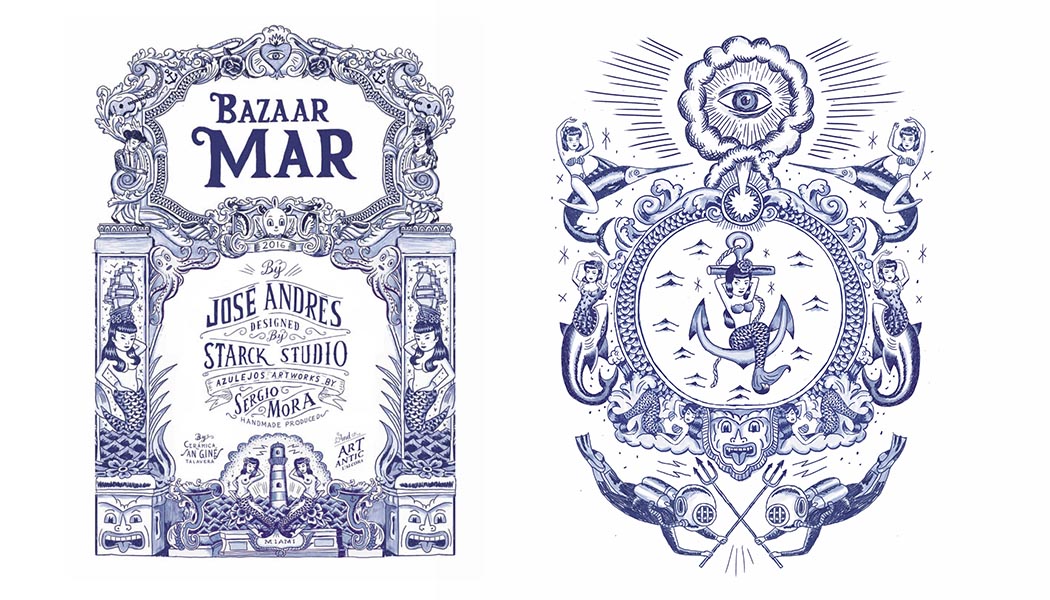 Lol. And, finally, Sergio: what would you be doing if you weren’t covered in paint all day long?
Probably directing films, or a writing … maybe a singer? There’s still time. I bought an electric guitar last week and now I am taking classes! 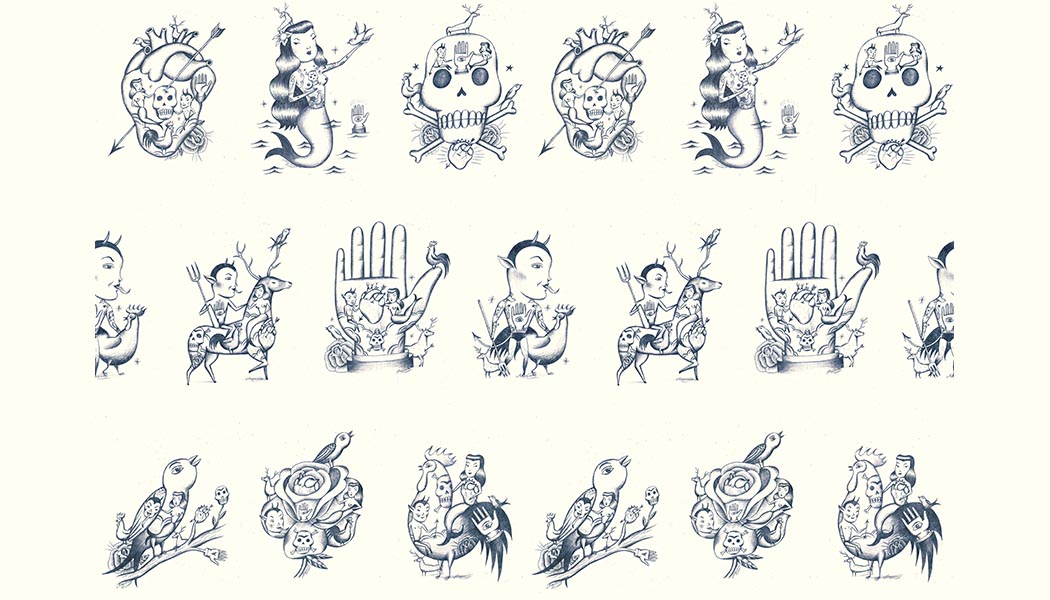 Best of luck with that and thanks so much for your time.
It’s my pleasure and thank you for your interest in my work. T.S.