The Yak goes one on one with…

…Scott Pullen, founder of The Groove Academy and Best DJ 2019 at The Yak’s annual award ceremony  – The Yak Awards.

So Scott, just for a bit of background, you became a DJ because you couldn’t dance?
Who told you? I love dancing actually, but it has to be the right music & a fun crowd. I actually fell into DJing by mistake. I was at art school studying a BA in Visual Arts majoring in film, video & sound & wanted to make video clips. I worked as a bar tender at a club called Nightmoves that had live bands & a DJ. One night the DJ didn’t turn up & the manager asked if anyone knew anything about music. I had played in bands since I was 15 so raised my hand & the rest is history. 12 months later I had a residency at Sydney’s premier club at the time, the Tivoli.

You’re obviously a vinyl-first kind of DJ – what was THE track that you played that was guaranteed to get the dance floor pumping?
Well, THE track would have changed a few times over the past few decades, but I do remember thrashing one of my all-time favourite house tracks, “Passion” by Gat Décor.

You founded The Groove Academy – tell us a bit more about the why and with the ‘who’.
The Groove Academy was something that just evolved naturally. It’s both a sound system (DJ based band) & an entertainment agency. I always loved working with musicians & performers as it brought a new live dimension to my sets. The Groove Academy has had some of the best singers & performers in Australia work with the band. Singers like Muma Megs, Michelle Martinez, Chloe West & great musicians from the Sydney scene have all played a feature role in the development of the band & incredible live performances. We now have a larger pool of talent & regularly work with powerhouse singers like Gemma Lyon, Reigan Derry, Carlos C Major, Ron E Jones & Nadia Aya, with Dane Laboyrie, Mike Raper & Matt Ottignon in the horn section, Warren Jackson & Pete Atkins on drums & DJ James Mack or Claire Elliott on the decks.

What have been some of the best and biggest gigs you played at, and what’s on for the The Groove Academy in 2022 and beyond?
The Groove Academy has performed at some amazing events over the years across Australia, New Zealand, Fiji, Vietnam, Singapore & beyond. We’ve toured Australia for Hed Kandi’s Deep House CD launch & performed at parties for Chanel, Calvin Klein, Clicquot in the Snow, Sydney Harbourside NYE, Palazzo Versace NYE, Hamilton Island Race Week & NYE, & some great gigs in Bali at Ku De Ta (Marlboro), W Hotel (Easter Sunday) & for the Fortune 500 company, Splunk, for 3,000 guests at GWK.

The lock-down for many in the music industry – be they DJ or music maker – has been seriously challenging. Where did you see your mind going and what career changes could you see yourself having to make?
Everything went ‘arse’ up around March 2020. No bookings in Bali or Australia as the world went into lockdown. I experienced a pretty dark time & was very depressed. I went through a break-up & was living on my own, I had no income & no potential to earn a living for months on end. I felt very isolated & almost didn’t make it. I had to drastically change my mindset just to survive.

So what actually happened?
It was tough, but I knew a lot of people were doing it tougher than me, so I tried to live in gratefulness & appreciate what I had instead of what I didn’t have. I did quite a few live streams with different DJ mates, raising money for the very poor people of Bali & also for the NHS in the UK. I also underwent training to volunteer for the LISA suicide helpline, so I could help others who were struggling during these difficult times.

Then it dawned on me. I could also use this time to learn to produce my own music. I had always had a lifelong dream to produce music so I set up a small studio in my villa. I had a few DJ/producer friend’s tutor me & I watched a lot of tutorial videos & had other producer friends offer me their own tutorial videos & feedback on my music. There would be days I would wake up, make a cup of coffee & head straight into the studio until sunset. I’d eat some food & head back into my studio working late into the night. This happened for days, weeks & months on end; always learning, getting feedback & learning some more. Finally, I was creating my own music & had record labels around the world interested in releasing my music.

What is on the cards for Scott in the next few months and year ahead?
My debut tracks, ‘Mombassa’ & ‘Lost in Rio’ are scheduled for worldwide release on Caballero Records over the coming weeks. I am also very grateful I have been offered a contract to work for the luxury resort chain, One&Only, & will be heading to their resort in Mauritius, Le Saint Géran, to perform as a guest DJ over the festive season. I have been in discussions with One&Only to continue working at some of their other luxury resorts in the Maldives, Cape Town, Dubai & beyond. So after four years of living in Bali, I’ll be packing up & travelling for some time to come. I’ll be taking my studio with me, and looking forward to curating the soundtrack at some amazing locations & producing music in my down time. 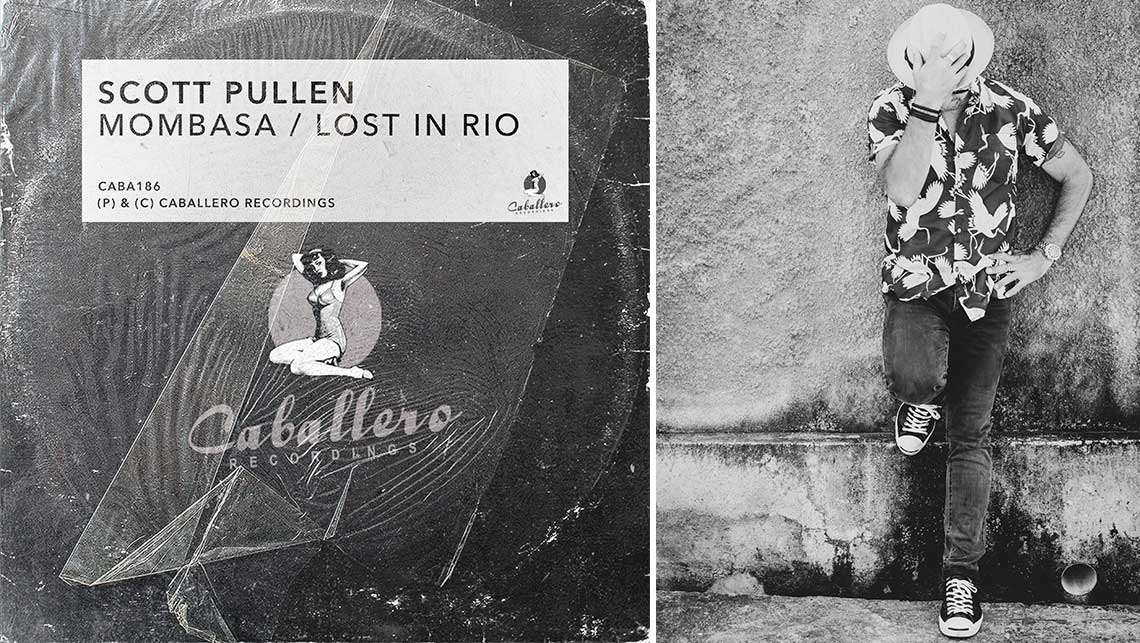 Going back in time – who was your biggest influence, musically?
I’ve always gravitated towards black music: African, Latin, blues, jazz, soul, funk, disco & house music. I think it was my late father, Bill, who loved gardening & listening to the likes everyone from Louis Armstrong to Herb Alpert. Bless him.

Who taught you the most about life?
Both my parents taught me about kindness, gratefulness, humility & love, but it was my beloved sister Cheryl, who introduced me to art, contemporary music, poetry, literature, dance parties, clubs, philosophy, diverse cultures & sub-cultures & life-changing experiences.

If you got one wave of a magic wand, what would you change about your life, if anything?
I wish I had started producing music 30 years ago.

What can you see for yourself on the Pullen horizon – let’s say 5 years from now?
I can see myself programming music for resorts & hotels, producing music for films & collaborating with talented musicians & performers to create amazing tracks & live performances.

Where can we come and see you and which platforms can we follow to hear your latest music?
That’s a tricky one because record labels don’t like artists to upload their music online, at least not until after it is released, but you can catch snippets of my upcoming releases on my IG page & listen to my DJ mixes on Soundcloud.

I’m really focused on producing at the moment, but I will be doing a very special gig before I leave Bali.

You’ve got an event at Savaya on Saturday November 13th – what’s it for and can anyone come?
This will be my farewell gig in Bali before I leave; I’ve been heavily influenced by the music scene, the people, the culture & the natural beauty here in Bali. It will be a very special gig for me as not only will it be the pre-release party for my two debut tracks, ‘Mombassa’ & ‘Lost in Rio’, it will also be my farewell performance for Bali and an opportunity to share some good times with the friends I have made here over the past four years. I’ll be on the decks from 4pm, so everyone is welcome to come & celebrate, dance & enjoy the amazing sunset on the cliff at Savaya to the Pullen soundtrack, carefully curated with love.

Wishing you all the best in your travels and adventures Scott… stay in touch, and don’t forget to send us a postcard!!