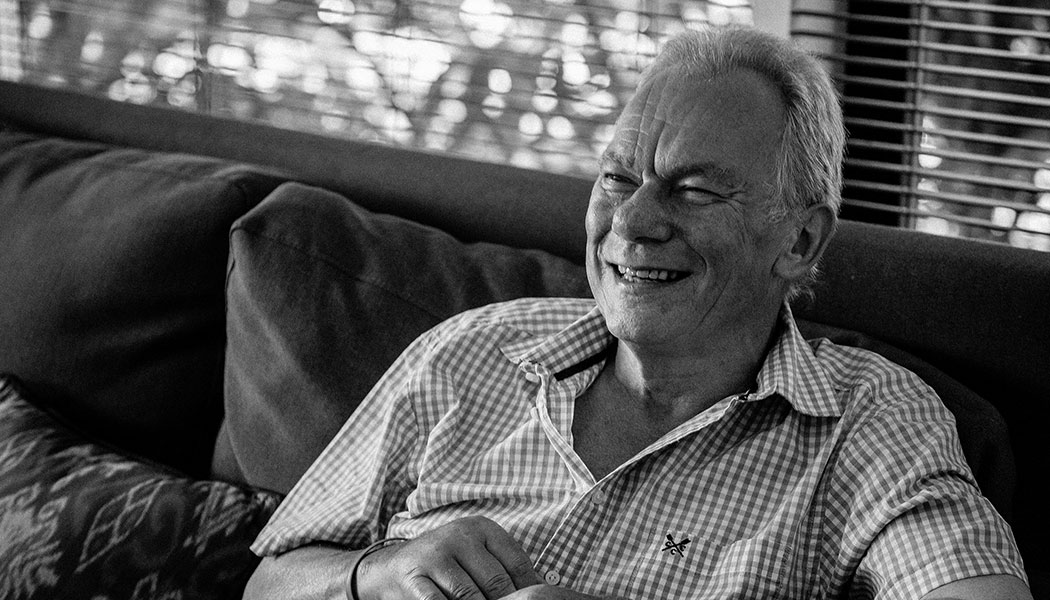 Who said ‘crime does not pay’? Deep in the recesses of an opulent sofa in a luxurious villa over looking the ocean sits the greatest art forger of our time. He talks with Ondy Sweeting.

The reserved British grandfather and enthusiastic church organist John Myatt, is relaxed in Bali being a teacher to the scion of a local family and his fiancé. Many years have passed since being banged up in Brixton Prison and nicknamed ‘Picasso’ as the pivotal figure in ‘the biggest art fraud of the 20th Century,’ according to Scotland Yard.

In a case of the truth being far stranger than fiction, back in 1983 the young single father in rural Staffordshire needed more money than his art teacher’s salary to keep his tiny family afloat. As a talented mimic of the Great Masters of art, he put an ad in the UK’s Private Eye magazine offering ‘Genuine Fakes for GBP150-200’to get income by working from home. 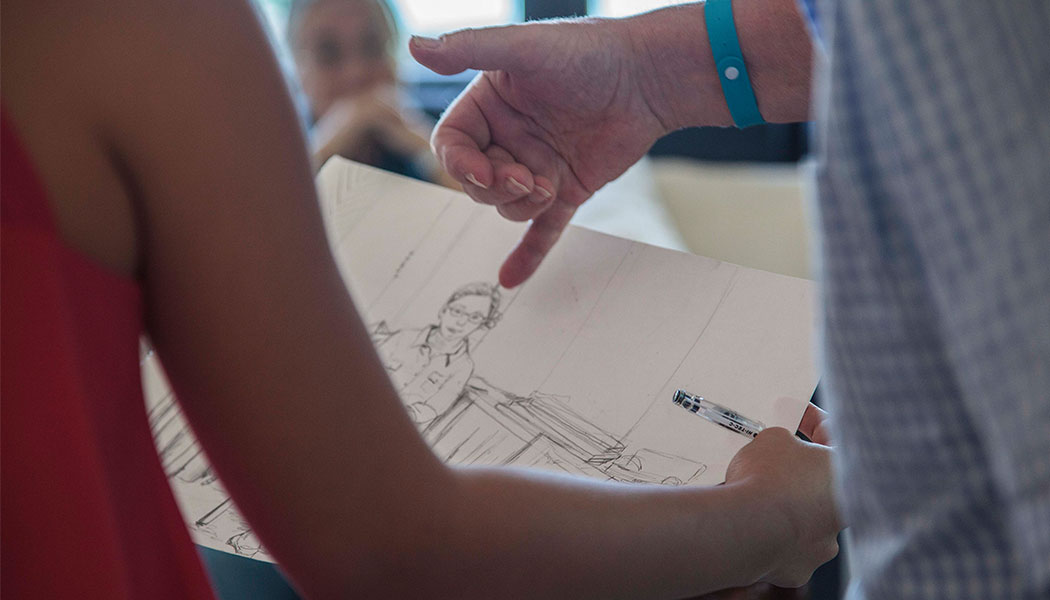 The mysterious ad attracted the attention of con man John Drew – posing as a professor and nuclear physicist – and over the next two years John Myatt painted 14 canvasses for Drew– and their business relationship solidified.

In 1986, Myatt produced a copy of Cubist paint Albert Gleizes, which Drew claimed London auction house Christie’s had valued it at GPS25,000. A week later John was handed a brown paper envelope stuffed with half of the proceeds. John’s financial woes evaporated in an instant as he was drawn into a life of deceit and delinquency. From Modigliani to Monet via Miro – John got to work.

He is now a hired gun and guru at the luxurious Pandawa Cliff Estate by Elite Havens delivering speed-learning art school to couple Hanson and Clarissa.

“In Ubud we visited the ARMA museum and met Agung Rai. He has done an amazing job and is a superb man. The work at the ARMA is extraordinary particularly the fine detail with birds and bamboo – the detail just blew me away. I’d buy one if I could,” the artist said. 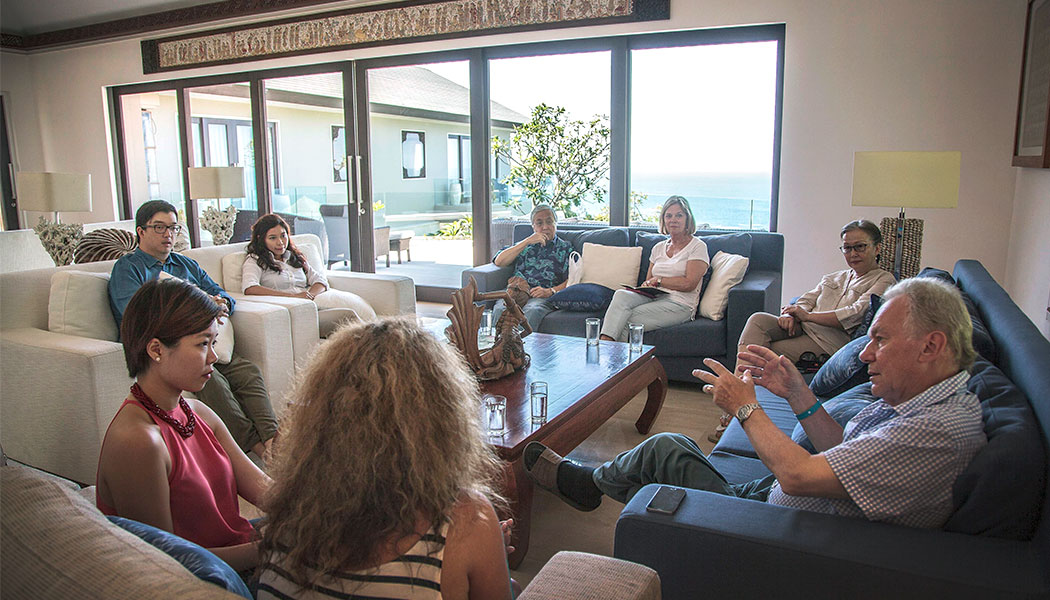 While John went on to produce 200 paintings that included forgeries of Giacomettis, Matises, Van Gough and Renoir – about 120 of which remain in circulation. He refuses to identify his work even though some are crafted from unorthodox and modern materials including KY Jelly and acrylic.

“What good would it do? I would be losing a perfectly innocent people money,” he says.

The forgery business collapsed in 1995 when Scotland Yard’s antiques squad was the tipped off by Drew’s estranged wife. The game was up and John was sentenced to 12 months in Brixton prison in 1999. He was released for good behaviour after four months having helped the investigation from the time his studio was raided. While he swore to never paint again, his arresting officer Detective Sergeant Jonathan Searle immediately commissioned John to paint his family portrait for GPS5,000 and the pair remains great friends today. They appear as a duo art crime conferences in London. One of the case barristers was his next legal commission again making painting pivotal to his life. Serial con man and former conspirator John Drew remains in jail today – for other dastardly deeds. “Perhaps to do with mortgages.” 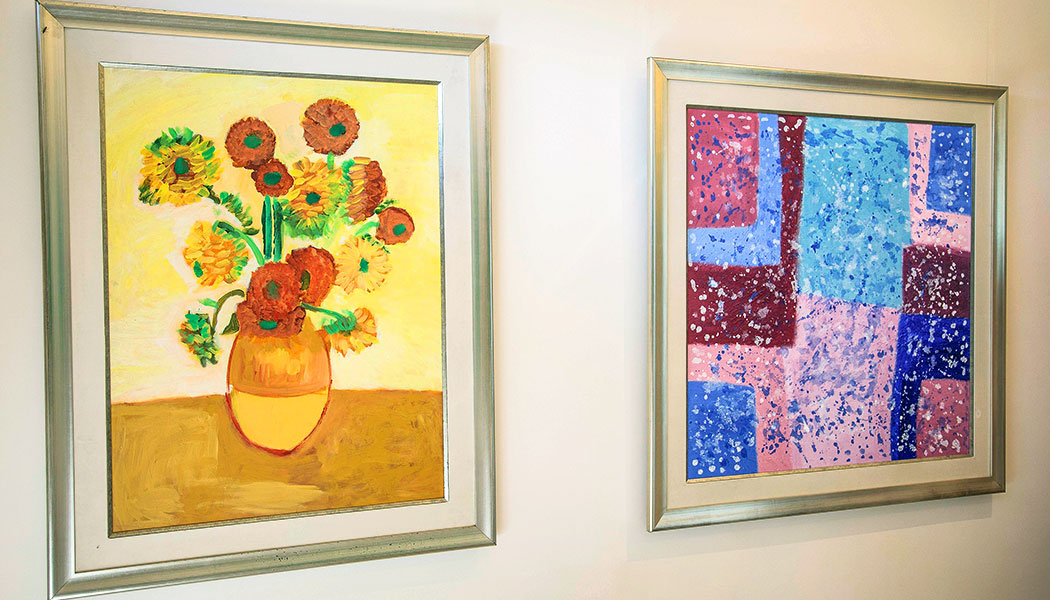 John Myatt’s epic talent has provoked many exhibitions where his work sells for thousands of pounds. He has a series of television shows including ‘Brush with Fame’ where he paints celebrities including comedians as Bill Bailey and Terry Gilliam in a master’s style as well as Brush with Fame, Fame to Frame and Virgin Virtuosos. A book – Provenance – has been written about his life and Hollywood production house Green Eye film has acquired the rights to Genuine Fakes.

“I should fake my own death just to see how the prices go,” he says.

So it was that John – who was once a session musician and co-wrote British hit song “Silly Games“, for Janet Kay in 1979, is astounded that he finds himself and his wife Rosemary in a extravagant Bali villa promising his students – Hanson and Clarissa a day of learning to paint in the style of Monet. 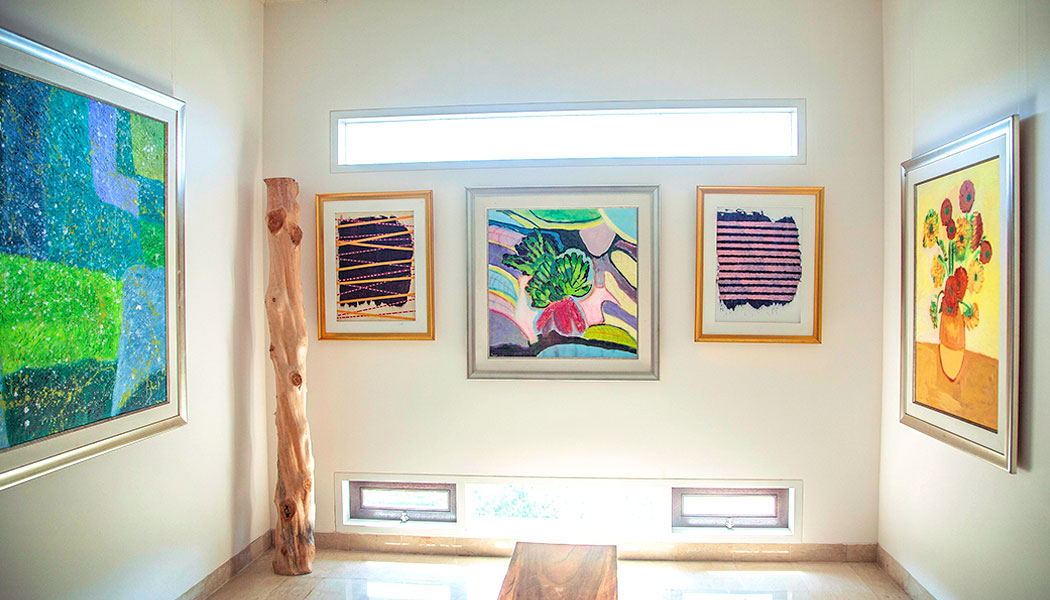 “What is happening to me shouldn’t really happen out of crime. When a lady in London first contacted me about the possibility of coming to Bali to teach, I did not take it seriously. Now I would love to do something in Jakarta and Singapore,” he says.

But offer was indeed not fake and the world’s greatest, and possibly nicest living art forger appears slightly bemused and more than a little happy while teaching painting techniques to two young and dedicated students who, unaware of his truly incredible history, discovered him on youtube.