Photographer Ted van der Hulst met Dennis, an orphaned orangutan, and shot a book to raise awareness of his plight. Along the way he was struck by the similarities of his own journey as a new father of a baby boy. Interview by Kimberly van Dijk. 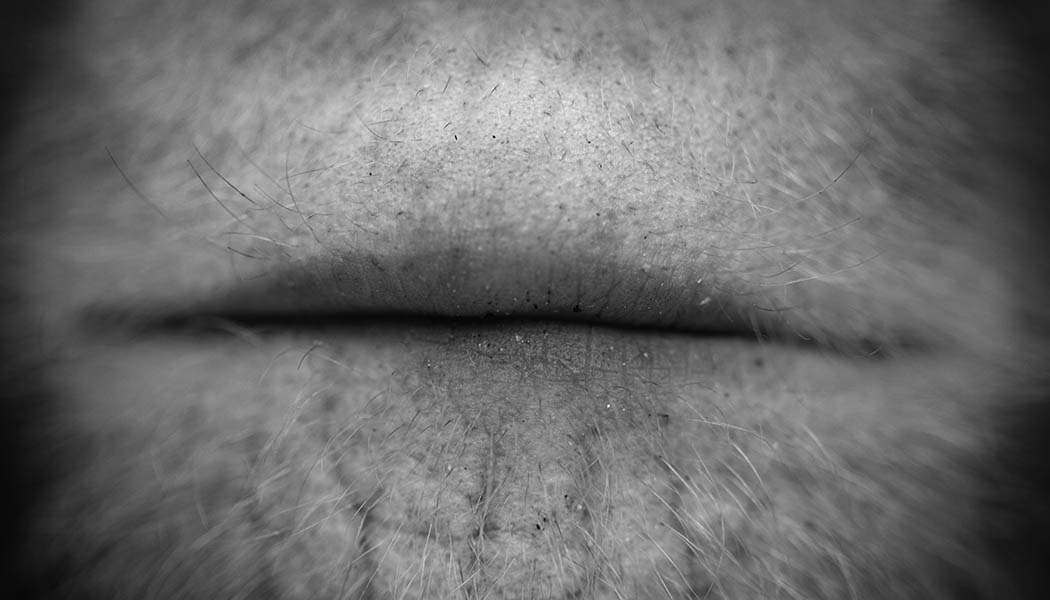 TED, tell us about your background and how you arrived in Bali.
I was born in Utrecht and was raised in a small village called Maarssen. I started with photography when I was around 20 years old. I did some small courses and after that I went to photography school in Amsterdam. First time I went to Bali I was 19 years old and fell in love with the island right away. I was just staying for a holiday for two weeks then I called up my friend and told him we should go back and stay much longer. So we did, multiple times. I met my wife in The Netherlands and we got married in Jakarta. I did an internship at some magazines and was a photography teacher at a La Lasalle College. When our son arrived we decided that Jakarta was not a place to raise a kid, so we moved back to Holland. But that didn’t suit us, and after a year we decided to move to Bali to follow our dreams. Me as photographer and my wife as a make up artist.

Tell us about Dennis, and the day you met him.
I met Dennis at Sumatran Orangutan Conservation Program (SOCP) center in Sumatra. It was amazing to meet him the first time. He was sitting in his cage with his friend. He had really strong eyes and amazing hair, and it was hard not to feel for him after learning his story. His mother was shot in front of him and he lost his home and everything that had been familiar to him. When I met him he was learning new skills – how to survive in a rehabilitation center. 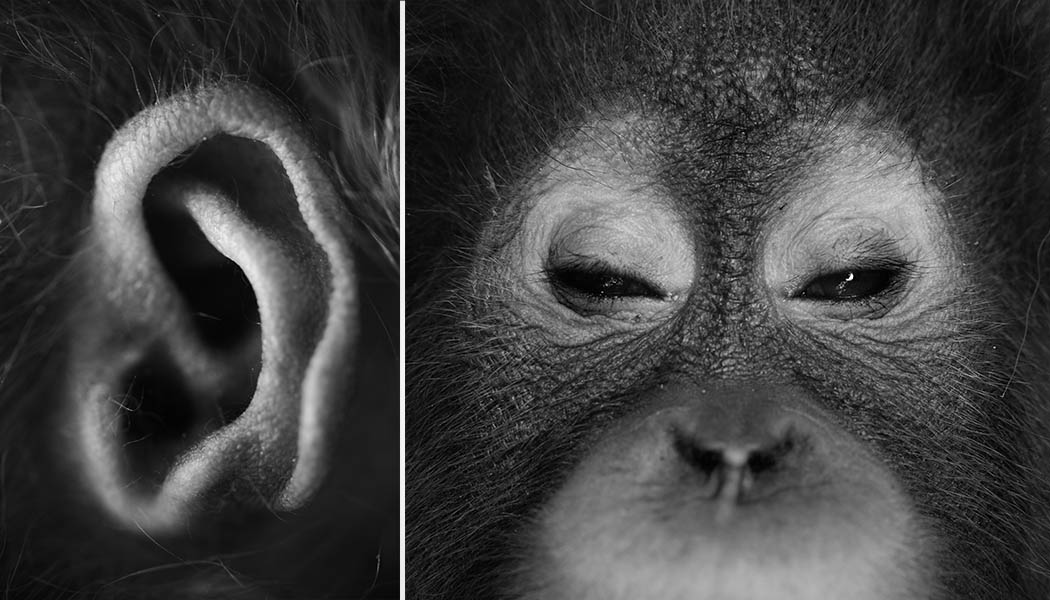 What did you see in his character? How was he different to other orangutans there?
He was a rebel! He was nothing like the other orangutans who were sitting quietly in the playground. When Dennis entered the room you could see he was teasing all the other orangutans and the keepers were shouting at him . . . ‘jangan Dennis, no Dennis, not over the fence Dennis!’ He was very naughty. One time I was alone with him and he climbed on me and he saw his chance to take my camera. He is very strong so when he took it I kept holding on . . . and we stood like that for 10 minutes until he got bored and gave up. Frankly speaking he reminded me of my son Django.

How did the book come about?
I met Femke den Haas in a warung in Bali. She’s the founder of the Animal Aid Network (JAAN) and she talked to me about what they do and told me about the Save Dennis campaign. So I asked if it was possible to go see him and take a portrait of him. And so I went over to Sumatra and took some shots, and when she saw them we decided we should make a book about him. Dennis became a poster boy for all the threatened orangutans in the world. 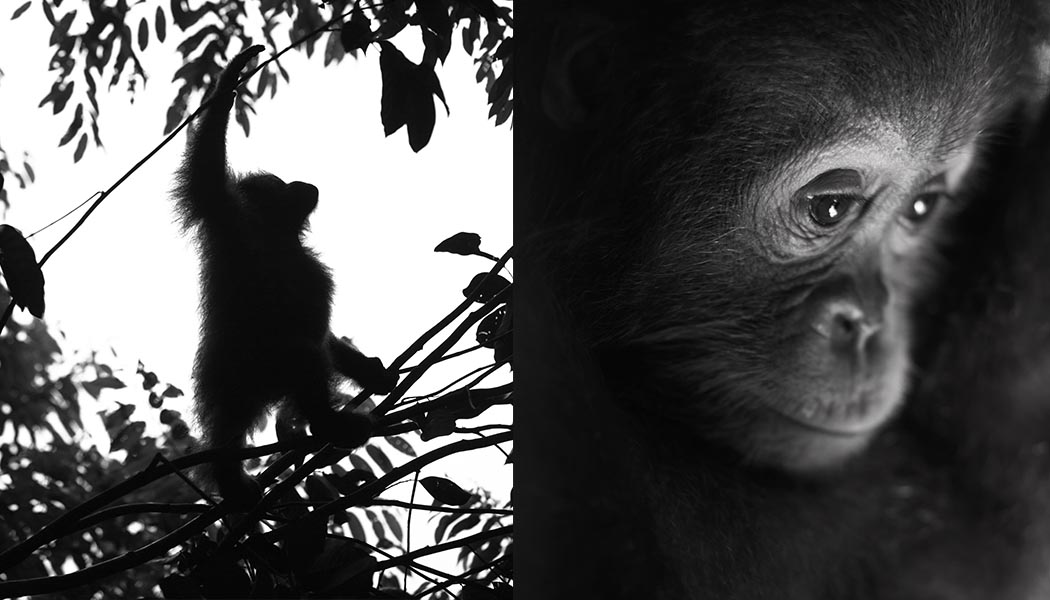 How big is the problem for endangered orangutans, and what are the causes in your opinion?
When I went to Sumatra and landed at Medan we had to drive for almost four and a half hours to go see the orangutans in the wild at the Leuser National Park. On the way all you see are palm oil plantations. Everything has been burned to the ground to make way for palm oil. The orangutans can’t live here of course because no other trees can grow. So they starve to death. Workers and owners at palm oil plantations only see the orangutans as a problem, so they kill them, take their children and sell them. A mother orangutan will never let go of her baby, it’s the same with us. If someone tried to take my child they would also have to kill me first. 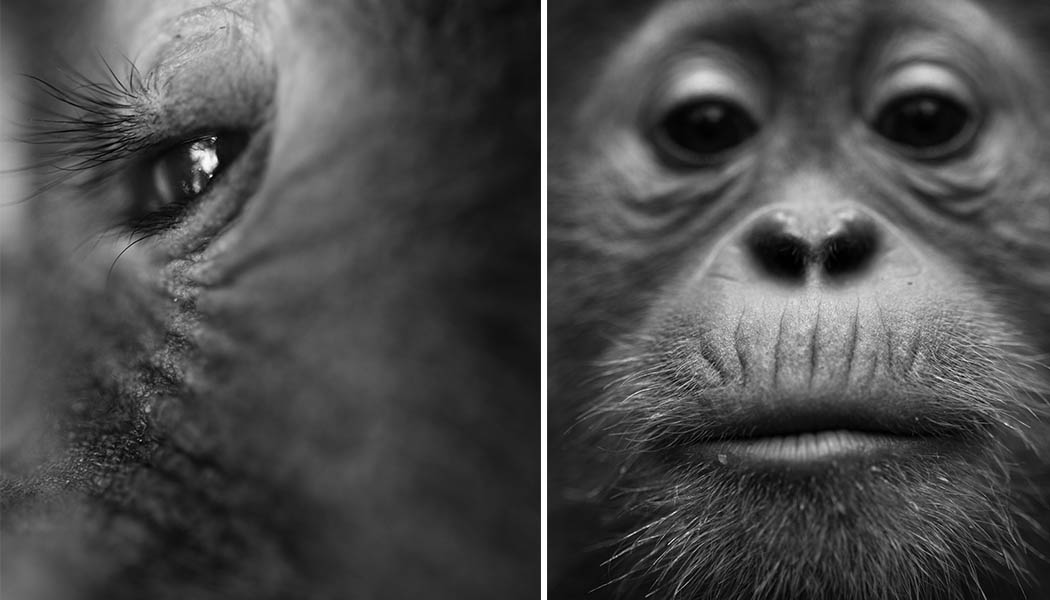 You spent a lot of time with Dennis while shooting the book. How long did that take, and what was your relationship like?
The book took me a little over a year and in that year I went to Sumatra six times and stayed there for a week at a time. It was important for me to see the progress that Dennis was making. How he figured out how to build a nest and learned to climb and find food. I wasn’t allowed to touch Dennis. It was important and continues to be important that he doesn’t get used to humans. We are a thread to him when he gets released into the wild again. So I only observed him and followed him around. I have no idea if he remembers me. Maybe he will remember my annoying camera.

Do you still see him?
The last time I saw him was one week ago. It’s always great to see him again. I really can’t wait to see him released back into the wild. I live for that.

How important is this book do you think in terms of showing us the beauty of orangutans?
It’s important to show how beautiful the orangutan is, but also important to show how much they are like us. Which is why I decided to shoot only in black and white. I have tried to show Dennis not only as an orangutan, an animal if you will, but as a person with the same set of emotions that we experience. I see the orangutans as the children of Indonesia and I believe we should take care of them. Orangutan have never harmed humans … but still they are killed  every day, simply because we use palm oil. Most supermarket products use this oil, and it’s important to raise awareness about the harm it is doing to the natural world in Indonesia. I hope this book does that.

What’s next for you?
I continue to work on photography projects that help animals. All animals. And I would like to see my son grow up on this beautiful island we call home.

Ted thanks for your time.
My pleasure. Please support Dennis, and the plight of all orangutans under threat. Order the book!