Sample The Seraya Bliss In Komodo

It’s dawn at The Seraya and the sun is rising in the east, over the magnificent Flores Sea and Sebabi island that sits pristine in the distance.

A kingfisher watches the ocean’s shimmer and makes an early foray into the water, where Dalliance, the resort’s navy blue phinisi, sits languidly in the early morning glow at the end of a grey, ironwood jetty.

It’s an exotic sight. The backdrop is of Seraya Besar, another of Komodo’s family of brown-hued islands that give the archipelago such an African feel at this, the driest time of the year.

In a few months the rains will come and the landscape – a collection of jagged, dragon-shaped landmasses – will change from Africa to something closer to Scotland.

The hills will green, the grass will grow and the tamarind trees will burst with fruit. Only the sunsets may subdue, bleeding from startling pinks and rich reds to a more subtle golden pantone. 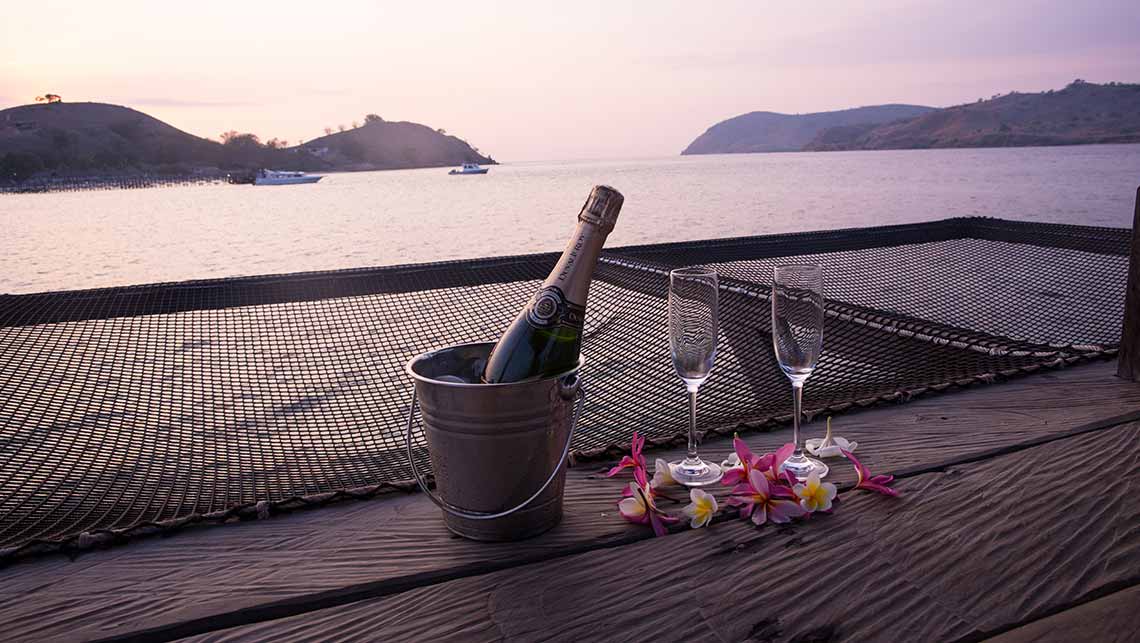 Beneath the water little will change – and it’s here the real adventure begins. Below the jetty a teeming coral reef offers a natural aquarium the like of which I’ve rarely seen. Baby sharks emerge from the mangrove; iridescent squid argue with parrot fish over their patch of paradise. On good days, mantas, dolphins, sometimes whales, glide past in the channel between the islands.

It’s dugong season too, and these strange, often friendly, aquatic mammals gave rise to the island’s name. ‘Sereia’ in Portuguse means ‘mermaid’ – it was the dugong that bewitched early sailors to these shores, prompting stories of angelic, fish-tailed maidens that frolicked near their boats.

There were other myths born from the early days of colonial exploration – there be dragons among these hills, and it is mostly for their sake tourism has now whole-heartedly arrived in the nearby port town of Labuan Bajo.

We are 20 minutes away by fast boat from that dusty frontier, where construction butts a harbour filled with scores of impressive wooden boats. The Seraya is the child of architect Emytha Taihutu and master builder David Mansell, who first saw the land on which it sits around 10 years ago.”

They too were bewitched . . . by the fold in the hills that overlooked a living reef, and it was here that they built the property’s manta-shaped bamboo restaurant. Today it sits majestically unseen above a mangrove – to its right a line of luxurious ‘glamped’ bungalows form a row at the tree line, right on the small bay’s sandy beach; behind them a line of more modern sea view bungalows are equally as welcoming.

The resort’s brown Labrador Inca greets us as we approach, past the dive centre and swimming pool and up the steps to the restaurant. The view is stunning. The Seraya’s aspect is unbeatable, its scale intimate and chilled. We sit down with Will and Georgina, David’s children to whom it has fallen to manage this particular piece of nirvana.

They are friendly in the Australian way, well informed and practical – it’s easy to see why they have been entrusted to run the show.

“We opened in 2017,” says Will, “at first with four bungalows at the back and the restaurant building, and we’ve been expanding ever since.” Now with an additional 10 bungalows and 24 staff, the phinisi Dalliance and a dive centre on site, The Seraya can offer the full Komodo experience, and it’s to the national park that we head the following day.

Boarding a speedboat at 7am, we reach Padar island in an hour, then onto another to wallow in the park’s famously pink sand; we dive with mantas directly off our boat and visit the famously infamous dragons on Komodo . . . an experience I won’t easily forget . . . and before too long we are back at The Seraya in time for cocktails, in our particular patch of this tropical Jurassic Park. 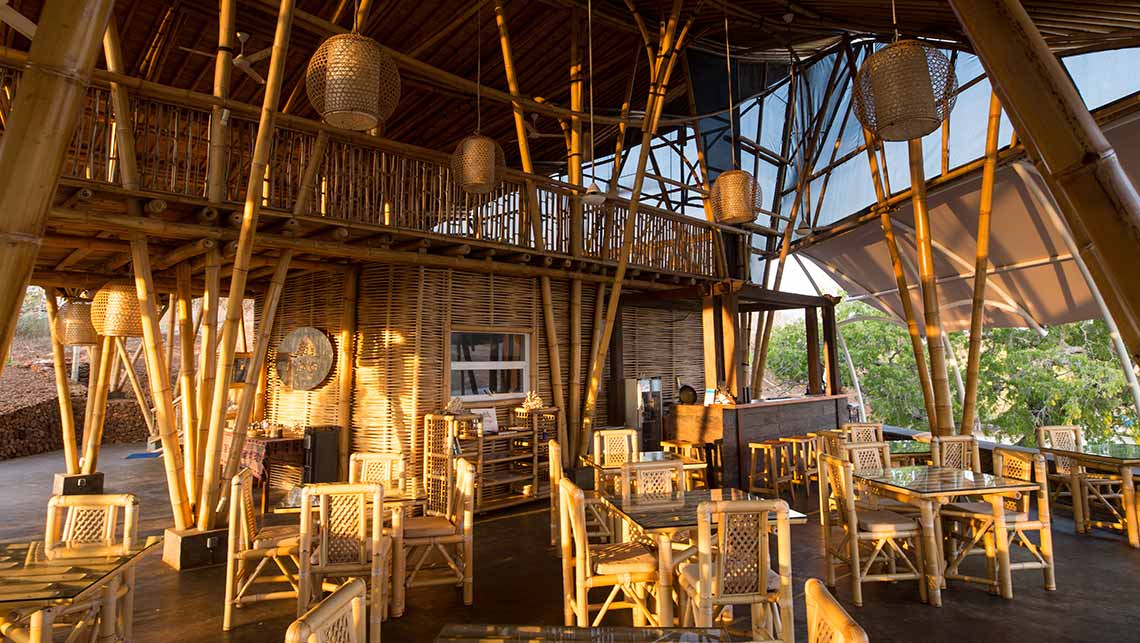 Tales of reptilian adventure are perhaps for another time, because today we marvel once more at the teeming reef beneath us as we arrive back at the jetty. An octopus crawls over a coral outcrop, the boat’s arrival puts up a huge shoal of tiny fish that leap in unison above the water’s surface. A heron attempts to catch its dinner in the ensuing cluster, and a pair of angel fish dodges the action as a needlefish floats by.

Komodo is startling in its grainy austerity above ground, and the national park is a marvel of prehistoric nature, but it’s what lies beneath the surface of the ocean that stands out for me, and nowhere is it more easily accessible than from The Seraya’s pier.

If you are feeling adventurous but want to miss the crowds around Komodo, slip on a mask and snorkel and a pair of fins and plunge into the clear blue ocean water. You’ll be amazed at what you see – and filled with a sense of wonder for this remote and beguiling region. Certainly you will not want to leave, and I guarantee you will plan a return. Komodo and The Seraya await your attention.

The Seraya offers 14 bungalows, full board with a minimum two nights stay from $180 in the off season.

Get Away From It All At Samsara Ubud