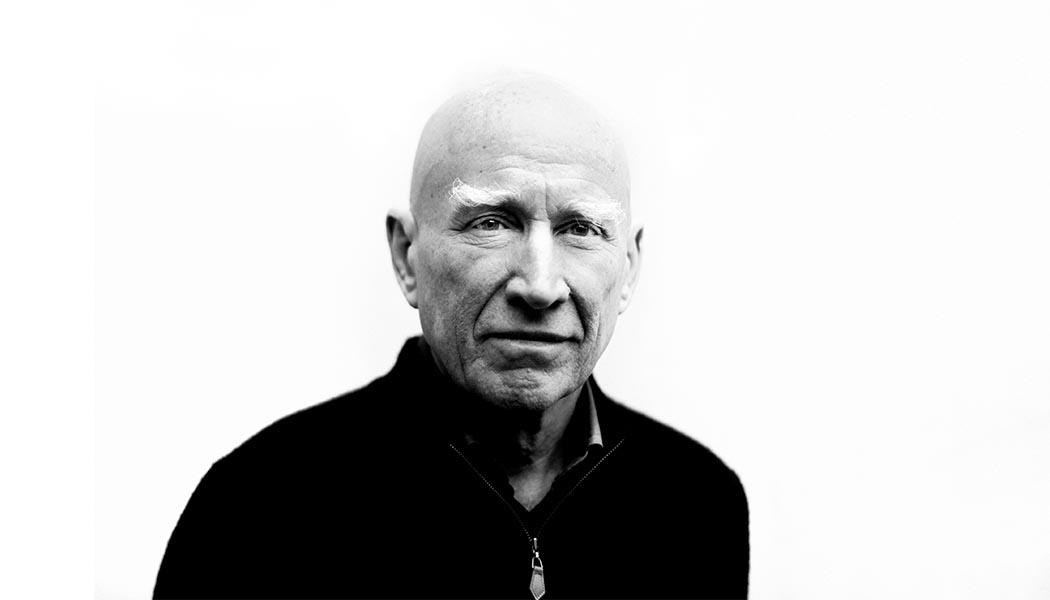 BALI is extraordinary in many ways, not least in its ability to attract gifted scholars, artists and thinkers to its shores. Certainly over the years there have been some greats . . . Walter Spies, Miguel Covarrubias and Pandit Nehru were all beguiled by the island, so why was I surprised to learn that the world’s preeminent documentary photographer Sebastiao Salgado has a house here? 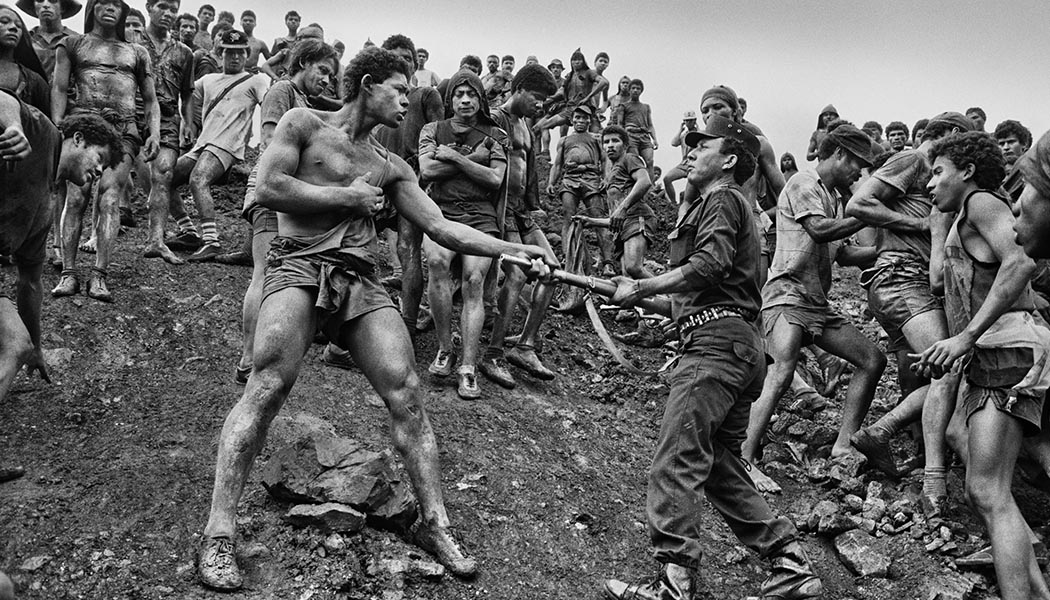 For those unfamiliar with the name, surely one glance at some of his more iconic images will stir recognition for his extraordinary projects. Often spending years on each subject, his work has spanned the bleak mud-covered miners climbing hellish pits in the Serra Pelada gold mine in Brazil to oil-soaked workers in the war-torn oilfields of Kuwait, to the epic mountain ranges of the Arctic in Alaska – his work possesses qualities most photographers today seem to have forgotten about in this selfie-dominated world: empathy, meaning, truth. 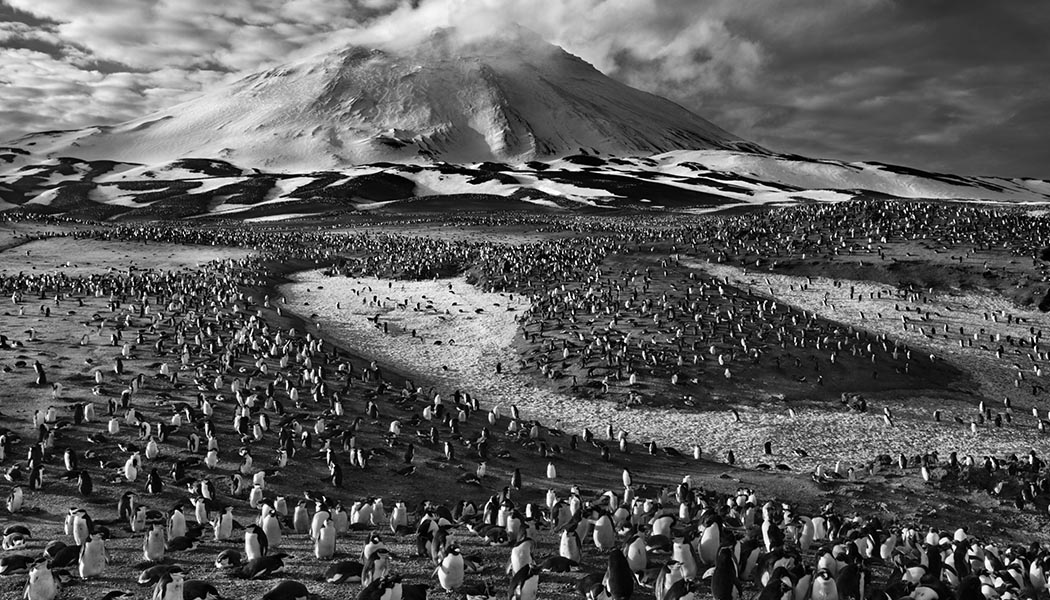 Salgado is truly one of the last great photographers. For more than four decades he has travelled the planet, first capturing human conditions one can scarcely imagine, and, later on, documenting untouched landscapes and civilisations that no one thought real. His oeuvre has included such classics as Workers (1986-1992), Exodus (1993-1999), Genesis (2004-2011) and a special portfolio titled Other Americas (1977 onwards). 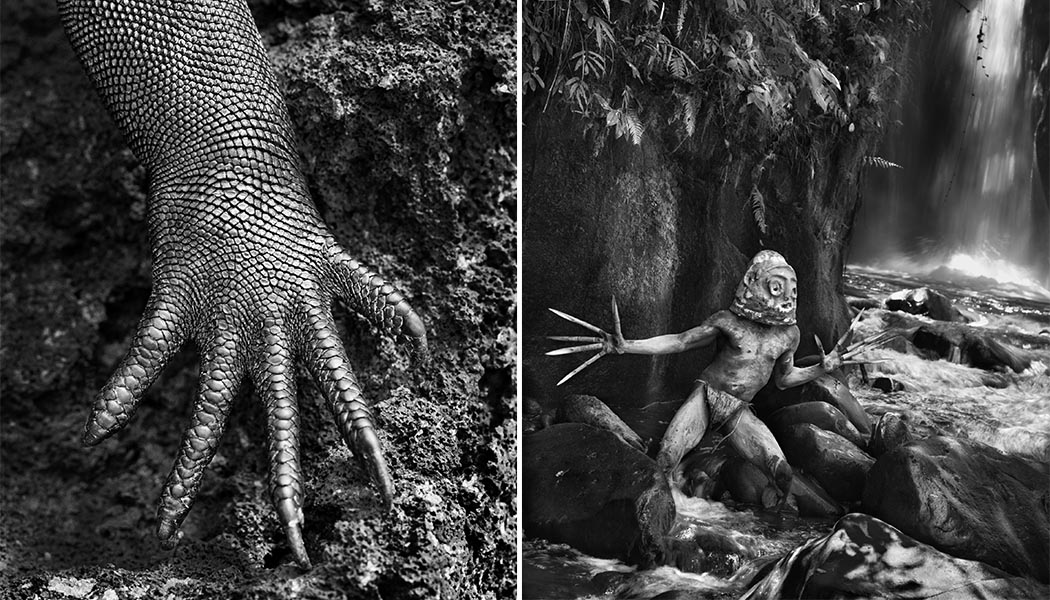 To understand the man is to understand his work. Born in 1944 on a farm surrounded by forests in Minas Gerais, Brazil – “the most beautiful place on the planet” – he never touched a camera until he was in his mid twenties, yet his birthplace was to play a large part in the rest of his life. “I had incredible light when I was a child in Brazil,” he recalls. “And this light stayed inside me. When I see my own photography, these are my lights from Minas Gerais that I bring with me.” 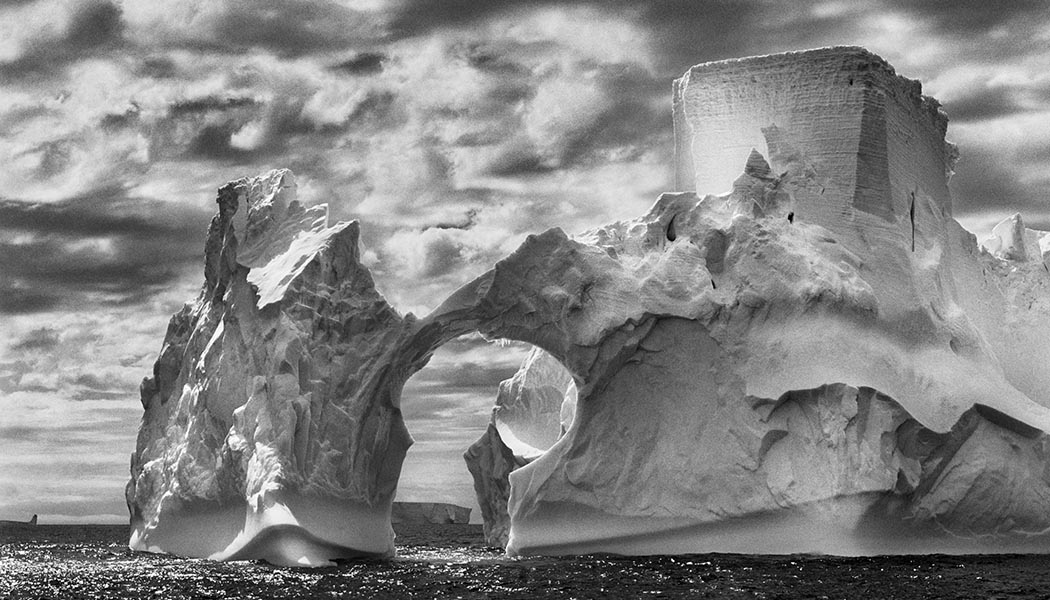 Salgado’s projects, like his style, manifested over time. With a strong background in economics, and having travelled to Africa often for missions as an economist, his passion lies in attempting to understand the world, and our place in it. “I studied macroeconomics,” he said. “It was a mixture of sociology, anthropology and mathematics. And these made a huge contribution to my cultural background.” 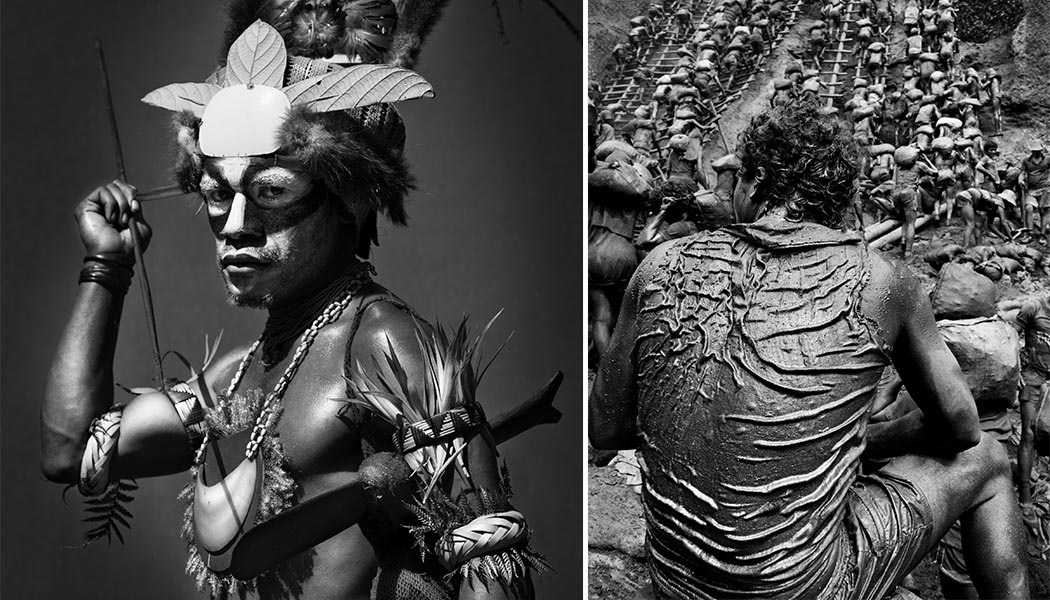 The grand narrative of Salgado’s work – the brutal impact of globalisation, war and conflict on the poorest people – remains startlingly relevant today. Workers, for example, depicts the plight of the last manual labourers toiling away in an ever more industrialised and globalised world, and Exodus came naturally after seeing people in developing countries uprooted from their homes by the same global phenomenon.

When working on his projects, Salgado spends months, years, with these communities to truly understand and capture the most profound images for the world to see. 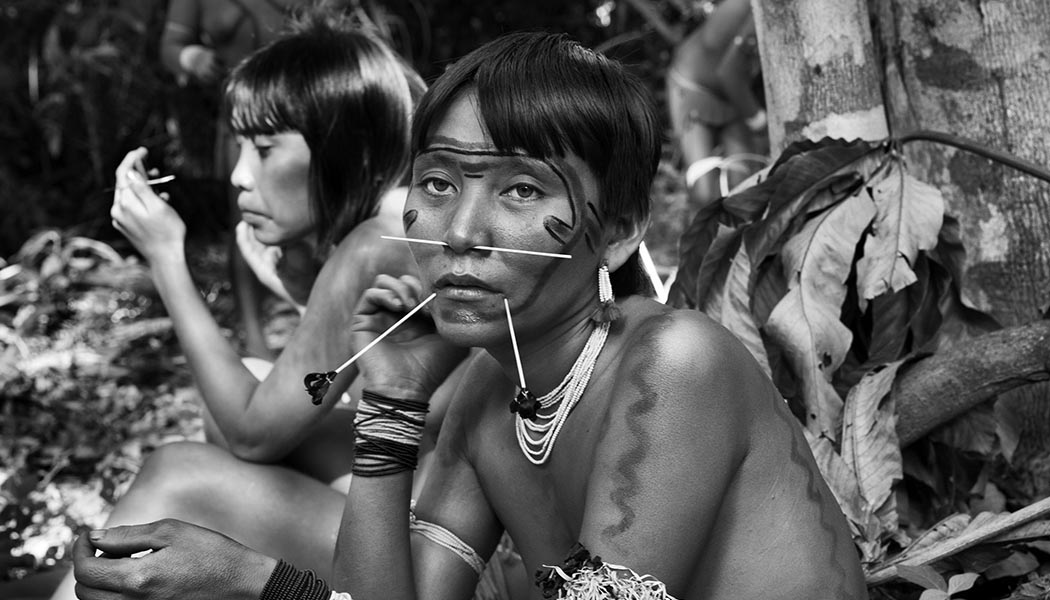 It hasn’t been without personal cost. Whilst working on Exodus, Salgado saw so much war, death and destruction in Rwanda and the Balkans that he started to physically and psychologically waste away. He saw bulldozers stack mountains of corpses at a cholera-stricken refugee camp; he saw thousands of dying orphans laid out on train tracks and thousands more dying around them. It was killing him. His doctor said his body was giving up, and he had to stop. 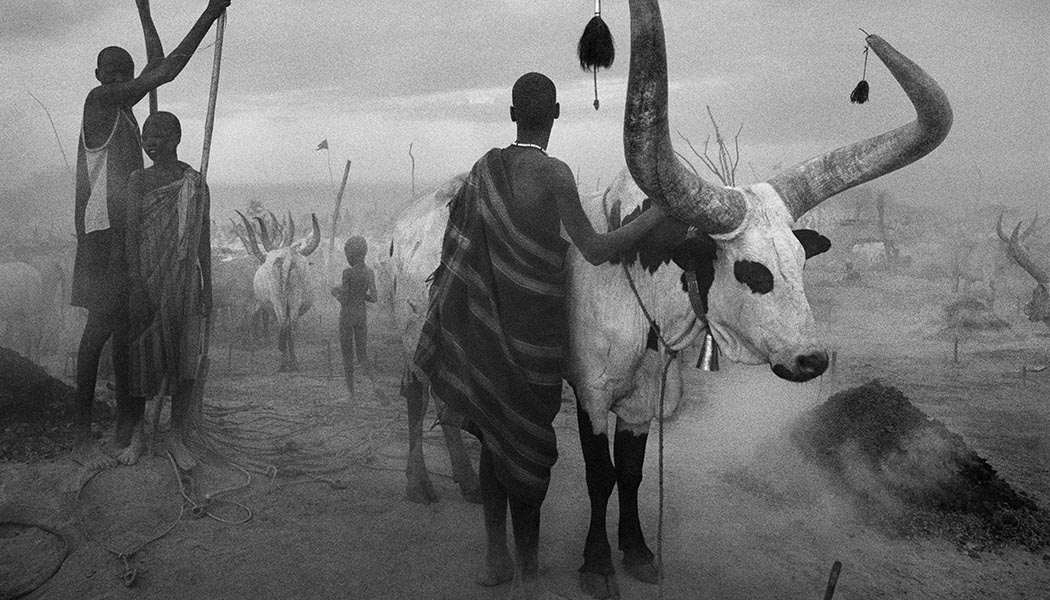 “I was so upset with the things that I saw,” he said. “I became deeply depressed. I went back to Brazil, and we received the farm from my parents. I thought, ‘No more photography. I’ll become a farmer’.”

Yet when he returned Salgado saw that the forested paradise that he grew up in was, like him, mostly destroyed. From what had been 60 percent forest, only half-a-per¬cent was left. Not knowing what to do, it was his wife Lélia who suggested he replant the rainforest. With help from friends and environmental organisations, Salgado was able to completely rehabilitate his land – now known as the Instituto Terra, a non-profit organisation with a mission of reforestation, conservation and education on the environment. 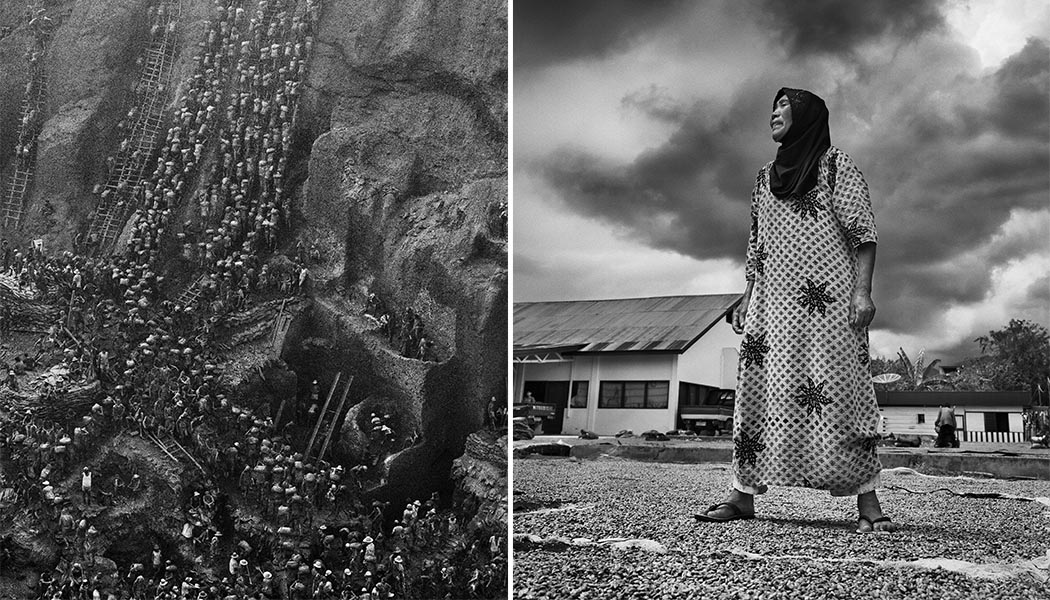 Rehabilitating the land also rehabilitated Salgado’s soul. “When we started, we became so close to nature,” he said. “I then had a huge wish to go photograph the planet – to see what was pristine. From there, we conceived the Genesis project.” 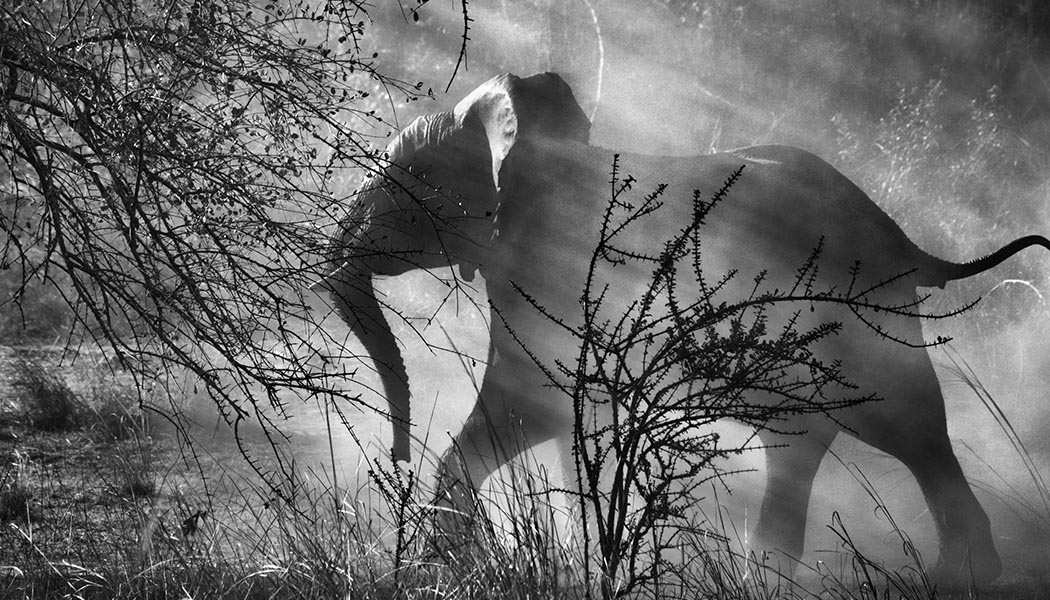 Salgado is still pushing his cause forward. His current project has taken him back into the Amazon, documenting Indian tribes. 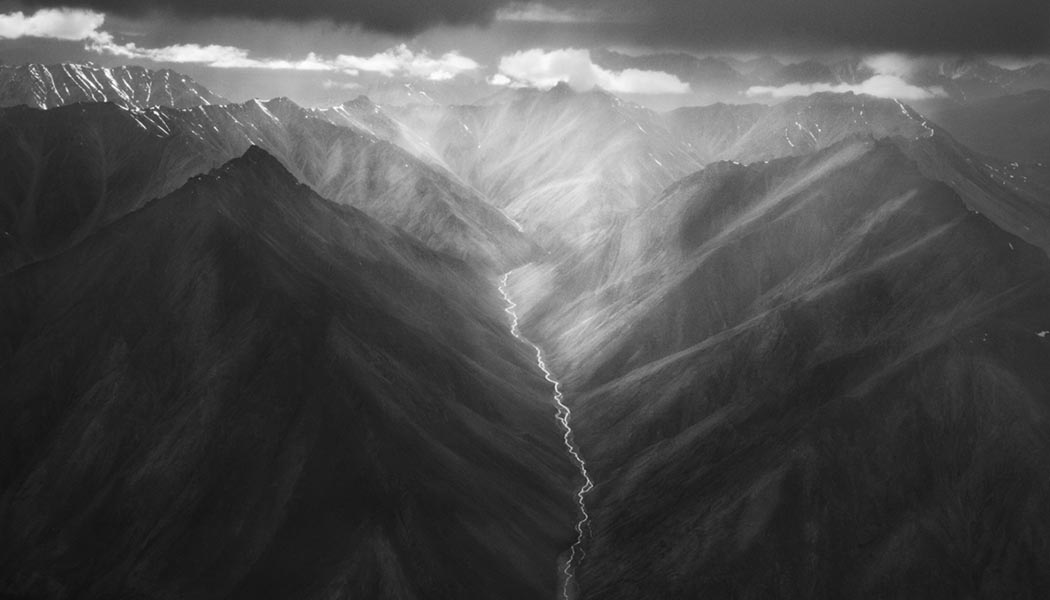 “I am working on a story about the tribes of Amazonia,” he told me, “about the rainforest, about the system of water. Amazonia is huge, 3.5 million square kilometres. I am trying to do a body of work to see if I can participate in the protection of the Amazon. The day we destroy the rainforest is the day we will change the system of rain and humidity around the planet. Inside this space we have amazing people, at least 100 groups that have yet to be contacted. These people are living in our pre-history. 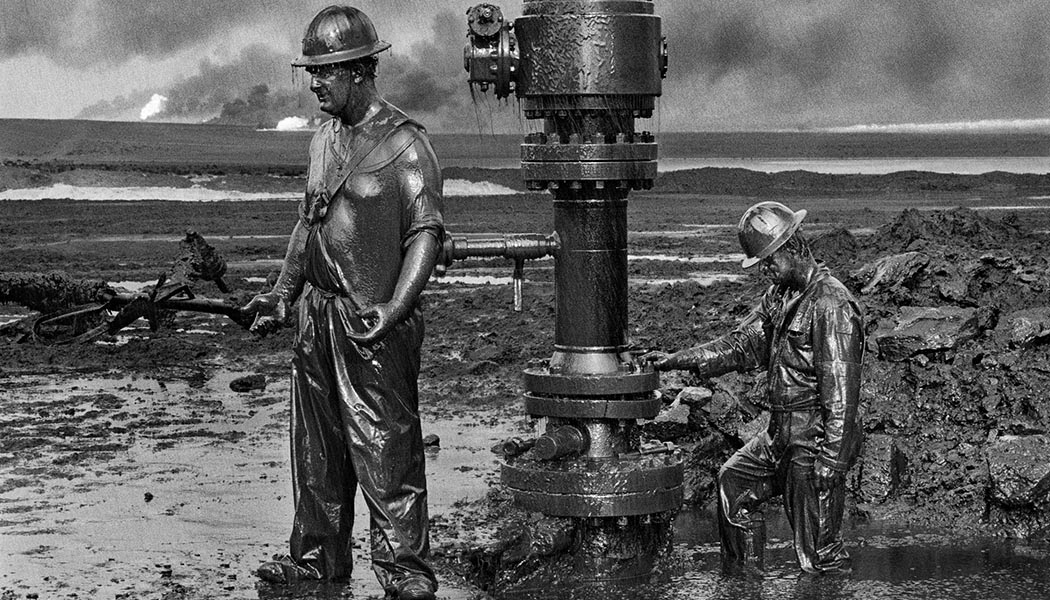 “It is not easy to get there, to meet them,” he said. “I have been working for one year to get permission to do this project from the Ministry of the Interior in Brazil. Once authorized, they must send someone to talk to the Indians, to see if they agree. They have many meetings, it takes weeks to reach a decision. And when the decision is taken you are advised and you prepare to go. 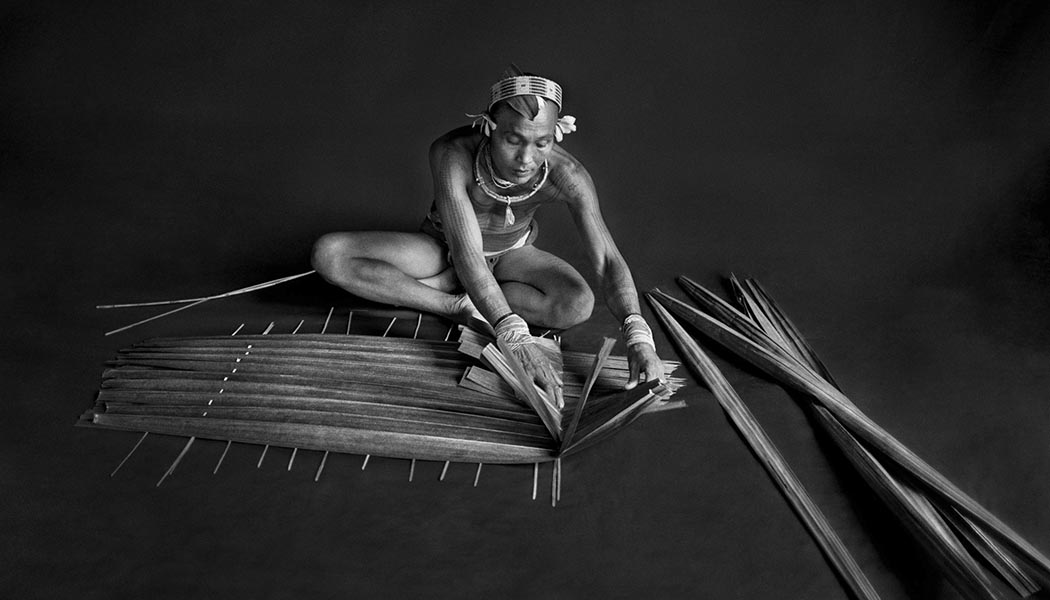 “First we take a regular flight, then hire a Cessna Caravan, a small plane, to fly to a tiny place and there we must do a medical examination because we cannot carry any diseases to these tribes. 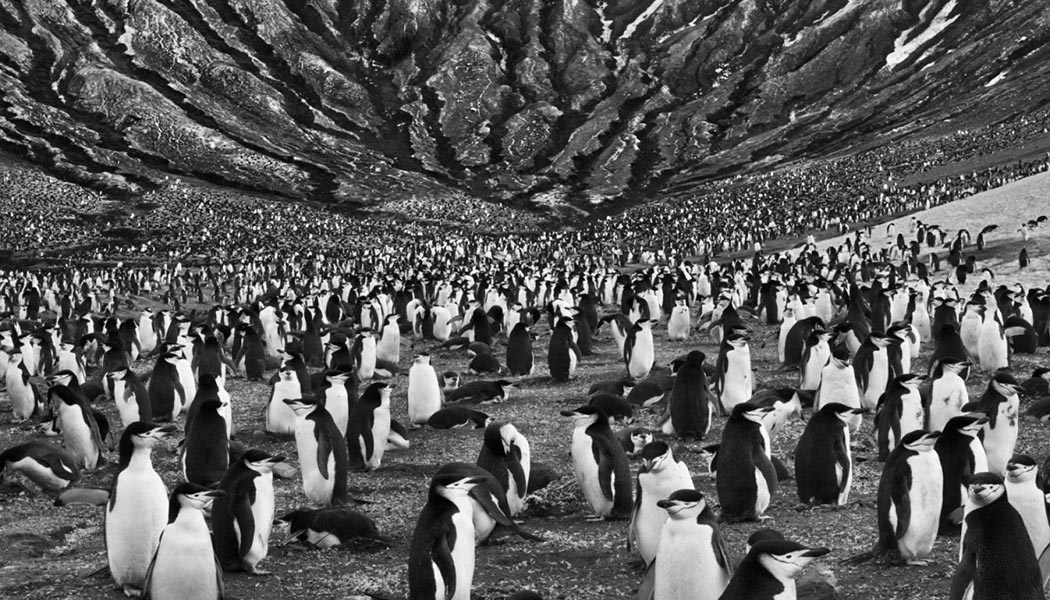 “After the examination we have one further week of quarantine, then we jump in a boat and have to navigate the river for five days to reach the base of the Indian reservation, where we must wait two days before walking for a further day to reach the first tribes. Then I will spend around six weeks with them. It’s very isolated. There is no internet, no electricity, nothing. I have a satellite phone which I can use to contact my wife every two days, I have solar panels which I have used all around the world on other projects. It’s so peaceful. Most of these Indians, the last value in their scale of values is violence. They are not violent at all. If there is a conflict, of interest, of position, it is made in a common discussion. 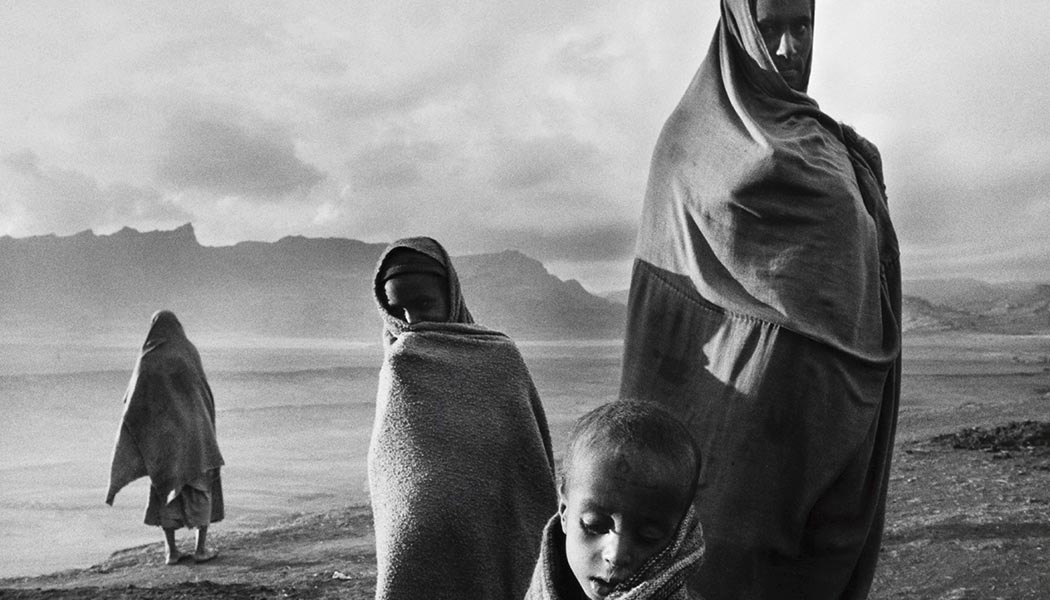 “It’s a kind of sterilization of the problem. You have a big meeting, 40 or 50 people sit around, you come in the middle, the person that you are having a conflict with in front of you, and you say you did this, the other replies … but then someone says, excuse me, I was there and I interpreted the situation in this way, a different way. And after two or three hours the issue is finished, and then they have a huge party. 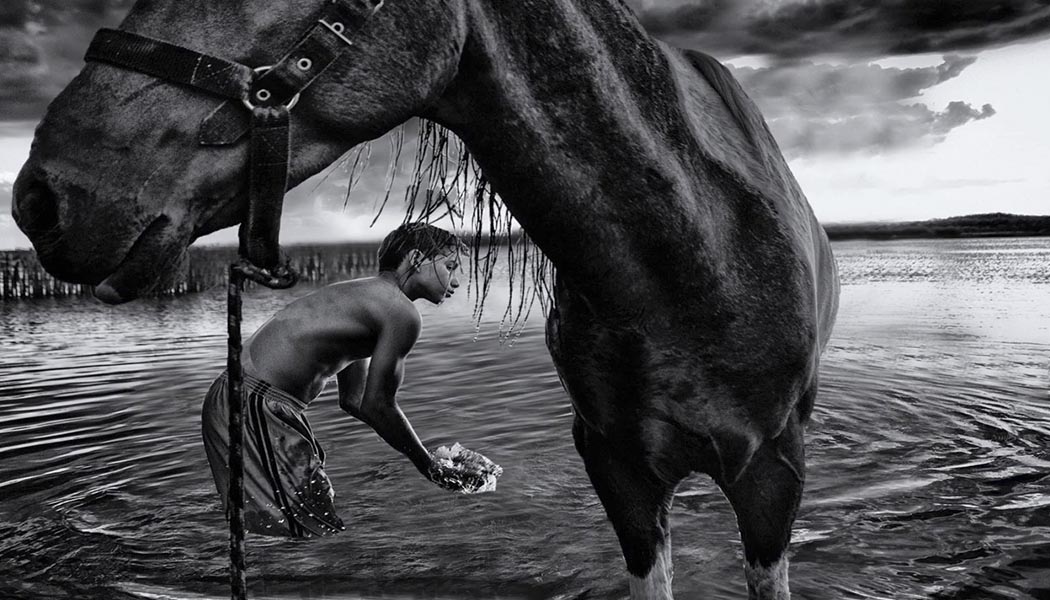 The most basic things about the first trips into the forest startled him. “What is amazing when I first started to work with the Indian community I had the impression it would be very difficult for me to be with them, because I don’t speak the language, because they live in a completely different way, close to nature, everything they have to feed them to take care of them comes from nature and I said my god, how will I, coming from an industrial society, cope with this life? 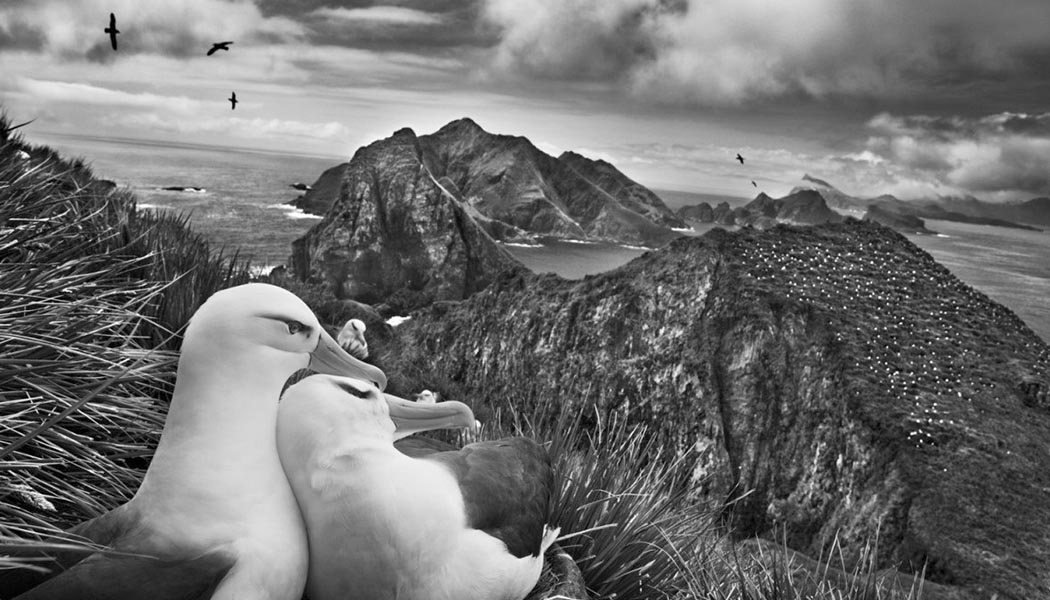 “But then I discovered, in two days, anyone, even you, feels adapted. Do you know why? Because you are going inside your community, a community of homo sapiens, of humans. What is essential for them is essential for me … love, relations inside your family, solidarity, the idea of community, these are the real values in society. When you come – as I did in Genesis – inside a community of lions, gorillas, tortoises, of whales, it’s much more difficult, because everyone has a logical system. It’s a big lie to think we are the only rational species. Every species is deeply rational, but inside the logical system of the species is very difficult for us to identify. But when you come to your own community it is so easy. In two days you are home, and you can do what you want.” 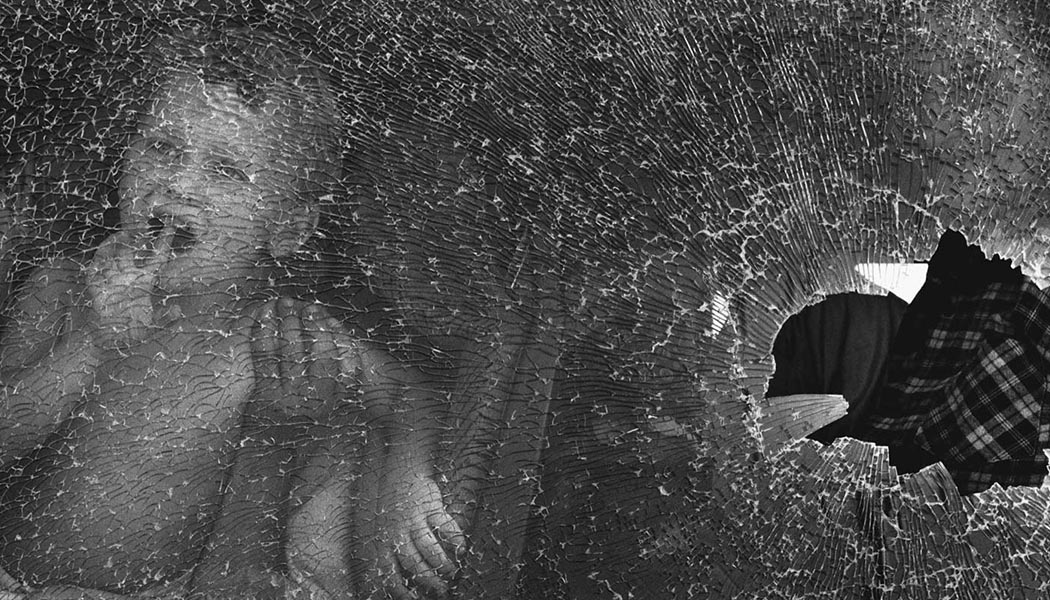 His Amazonian adventures are the world laid bare for a man who thought he had seen it all. “In the end, we are the same. Look at our story, the story of homo sapiens. Around 70,000 years ago we left east Africa, and the beginning of the middle east, and from there we spread and we met other humanoids in Flores, but homo sapiens were not able to match with them, biologically, and this species disappeared.

“But homo sapiens spread further, to Australia, 45,000 years ago, they crossed the ice bridge between Asia and Alaska, they went up to America, to northern Europe, so when the Spanish arrived in America for what they thought was the first time, they met themselves! Same with the Portuguese. It’s amazing! And these guys that we are going to meet in Amazonia, it’s just us that went before, like going to meet us . . . ourselves.”