Rising talent Raff Track has been filling dance floors at Koh and Jenja with a melodic techno that takes audiences on a wild ride into the unknown. Photos: Bali Tonight. 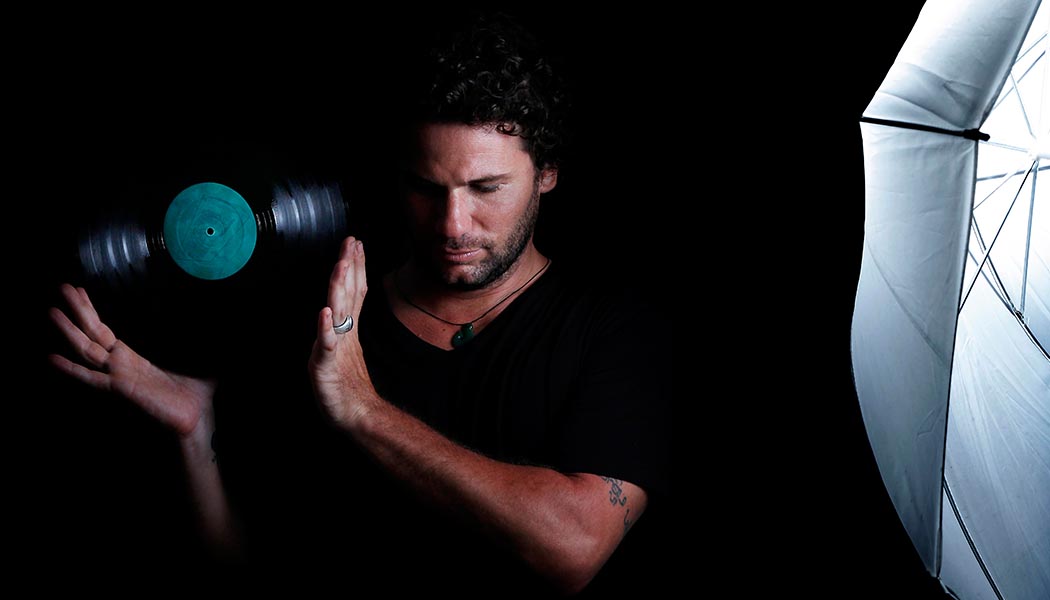 Raff, can you tell us where you’re from, and how you grew up?

I was born in 1986 in Marseille, France. I grew up as an only child in a pretty big family – I consider myself lucky. My mom and dad gave me much love and taught me to never care for materialistic things. Growing up in the industrial city of Marseille by the Mediterranean sea, I was always surrounded by nature contrasted with the underground night life and art scene of the city.
My parents and entire family made sure to teach me the right values – respect, humility, love and passion for nature, while encouraging me in arts and sports.

How did you begin your musical journey?

My parents were always very fond of music: from French singers and classical music (from my mother) to a more rock and blues influence from my father, who had a massive vinyls collection at home. The first records my dad ever bought me were by Led Zeppelin (they remain my favorite band of all time), and a live album by Deep Purple. The music was a revelation to me: I started playing guitar soon after.

Probably my biggest influence however came from my great uncle, Maurice Bejart, who was a world-known ballet choreographer and a visionary trendsetter in his field. I grew up particularly close to him and had the chance to be exposed to his world – I was touring with his troupe before I could walk.

It’s hard to put it into words, but he somehow managed to fill me with both humility and an undying passion and curiosity for the art of movement around music. I saw dozens of ballets during my childhood, and I dreamt that one day I would be playing music for the pleasure of dancers. 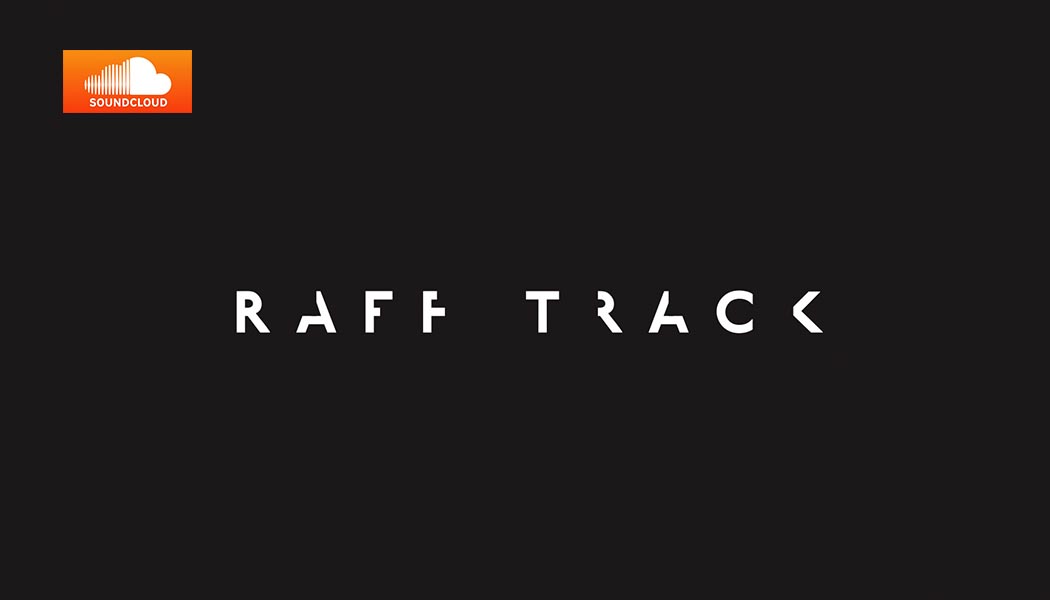 So when did you actually start on the decks?

My parents got me my first turntables when I was 16, and after that I spent countless hours in vinyl shops, listening to music and hanging out with many of the great DJ’s in Marseille at that time. I just became fascinated by the endless possibilities of harmonies and the large spectrum of genres which electronic music could combine within a powerful techno beat.

I basically started Djing as a hobby for a few years until I felt the need to experiment on my own. I then felt the need to create my own music – I think it’s a natural feeling for any DJ. So I took the step and started playing around with isolated sounds, creating my own sequences. It all started on the now legendary Electribes drum machine, as well as computer programmes like Logic.

Those experimental days have confirmed and anchored my love for techno: When I was digging around for tracks, I was profoundly moved by the minimalistic sound of Berlin. It was like music had reached out to me and everything went full circle: that was it, techno, it had the complexity I longed for, it allowed me to go places and mainly, take others with me.

Similarly, back then, Marseille and Montpellier were both massive Minimal music scenes. The B Pitch Control Crew, for example, were regulars in our area. 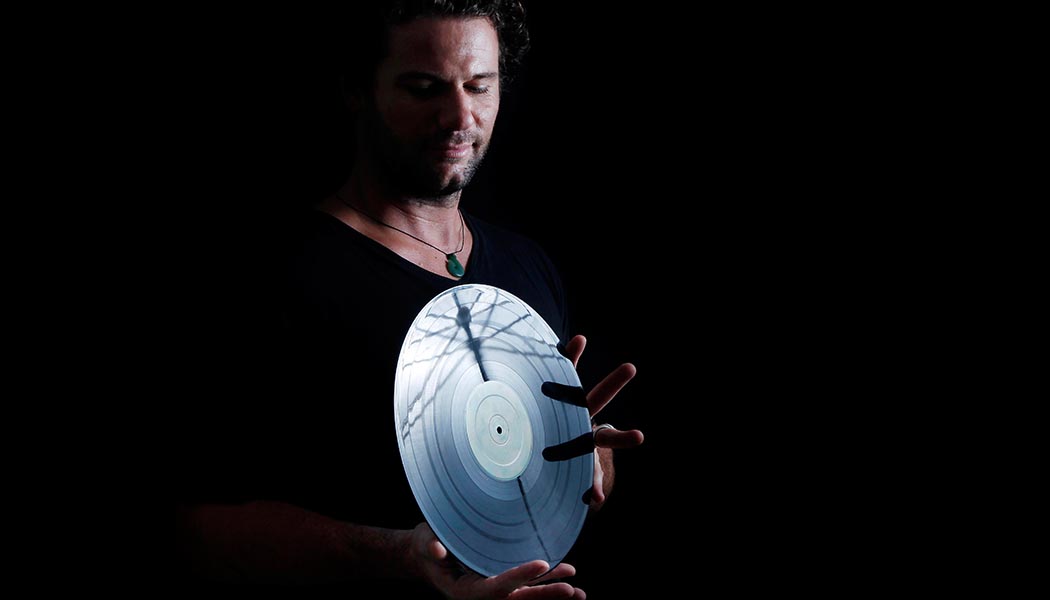 How has Bali, and being away from your homeland, affected your sound?

I have been away from Europe for quite a while now, travelling around, mingling with many beautiful cultures – I am well aware of how fortunate I am to be able to experience, absorb and be influenced by the diversity of my musical exposure. My music definitely took a different direction as I moved forward with a more organic and natural type of melody, still coupled with the cold industrial city techno sound from my home town.

I ended up in Bali five years ago in search of the perfect wave – and never left. I have surfed for most of my life, and the ocean has always played a huge role in how I have developed as a conscious human being – it has had an influence on how I connect not only with our Earth, but with people.

This type of connection is invaluable when you want to provide your audience with a musical experience. A DJ set is a journey, you have to see it as a whole book. It’s important to say I am not out to please anyone, I just love to surprise them. There is a pleasure beyond understanding in seeing confused and enthusiastic faces in front of you when you take an unexpected turn during a set. I don’t believe a DJ is there to give the audience what they want, but to share a musical story that no one forsee.

I never take anything for granted and either never fully satisfied with what I do, there is always room for improvement, I never stop learning, searching and pushing my music into a next level.

I’ve switched to Ableton live for production recently, and I’m surrounded with many talented musicians, producers and DJs… Everyone has their own field and speciality – as you can imagine on an artsy island like Bali – this is what makes the music scene here so special and rich.

What are you up to now, and where can we hear you play?

I have been a resident DJ at the underground club Koh since it opened, as well as at the notorious Jenja, where I have had the chance to play next to many international DJs and producers. One of the biggest frustrations as a DJ is to be forced to play as requested by patrons and club managers. Both Koh and Jenja – with their own distinct personalities – never meddle in their DJ sets. Artistic freedom isn’t optional, and they deeply believe in our music, which of course is extremely rewarding. These two clubs are the only ones I feel truly comfortable playing at this point – and they both have a solid reputation in Asia.

Raff Track, thanks for your time and best of luck…