Reine Paradis Is The Stranger In Paradise 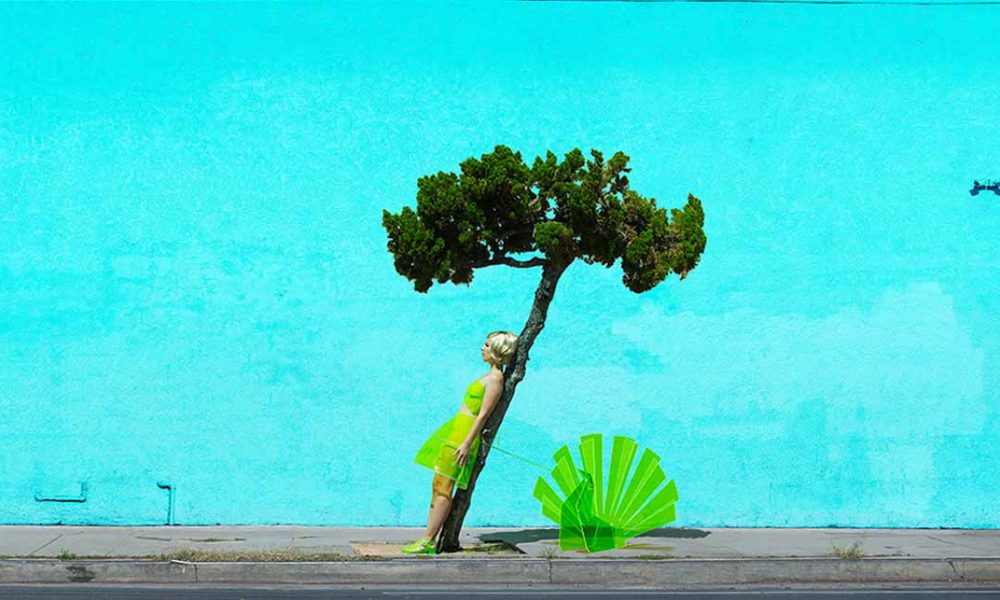 Reine Paradis puts the whack back into wacky with her potty pop art, formed out of a guerilla mindset in the wild wild west. 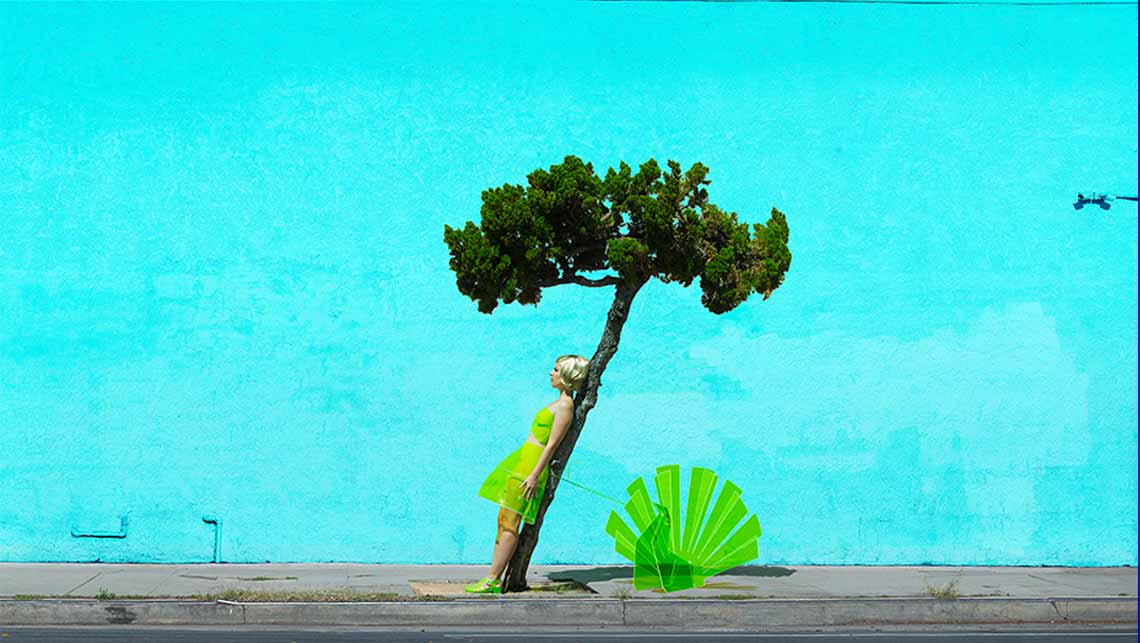 Reine, we’ve seen your work described as “the surreal holiday we never took” … does that get close to summing up what you try to create?

It always makes me smile when I read that line. Who wouldn’t want to go on a surreal holiday, right? 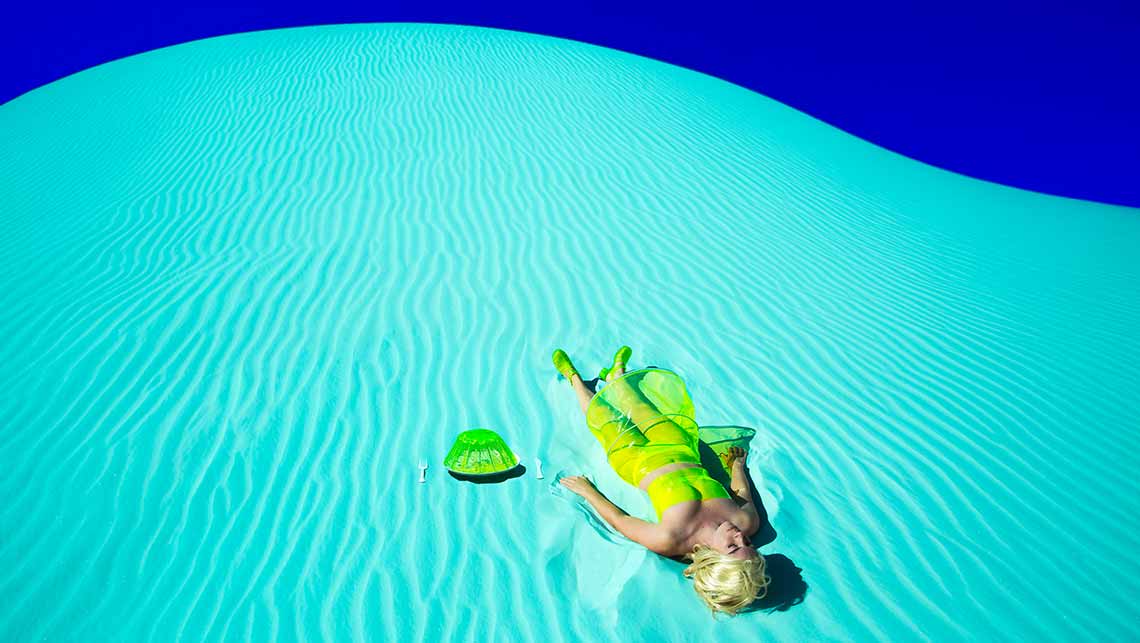 How much is LA a part of your work?

I moved to LA in 2012 and this is when I started developing my photo series. I was very inspired by my new surroundings and it’s definitely very present in my work. 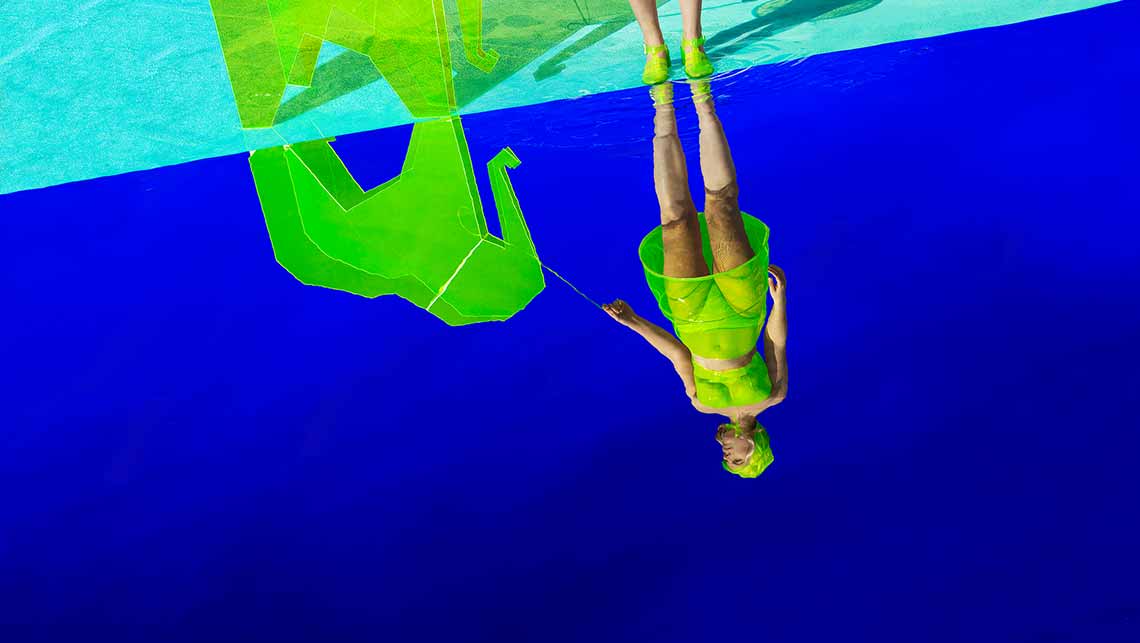 Day glo plexiglass, bold plastic costumes, origami animals … these reoccur in your work … is there a central theme here or are you just dealing with surrealism and form and color?

Everything that surrounds me is a source of inspiration however I am naturally drawn to bright colors, very simple shapes, toys, minimalist architecture and the light in California … so all those elements are part of my work. 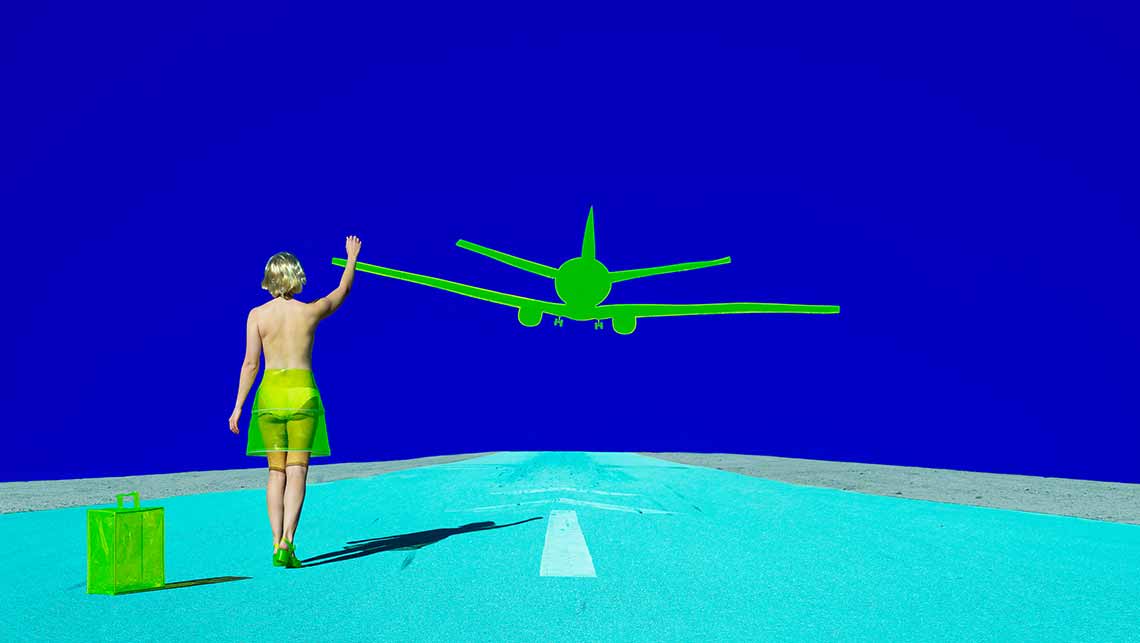 Your production seems firmly gonzo, in that you don’t seem to worry too much about getting permission to shoot at locations. Has this ever caused you problems?

Shooting without permission has its benefits, but you are always at the mercy of the situation. The danger is enhanced when the locations are more difficult to access such as buildings’ roofs, ski chair lifts, billboards, an airport runway … but that intensity comes out in the images and I love it. A good example of that is when we photographed the “Billboard” scene. It was shot on top of an actual billboard on the side of a very busy road in California. It was really risky and intense to climb on top of it to install the whole scene and even more difficult to get the shot just right … all without getting caught.

The performance is truly something that I enjoy. 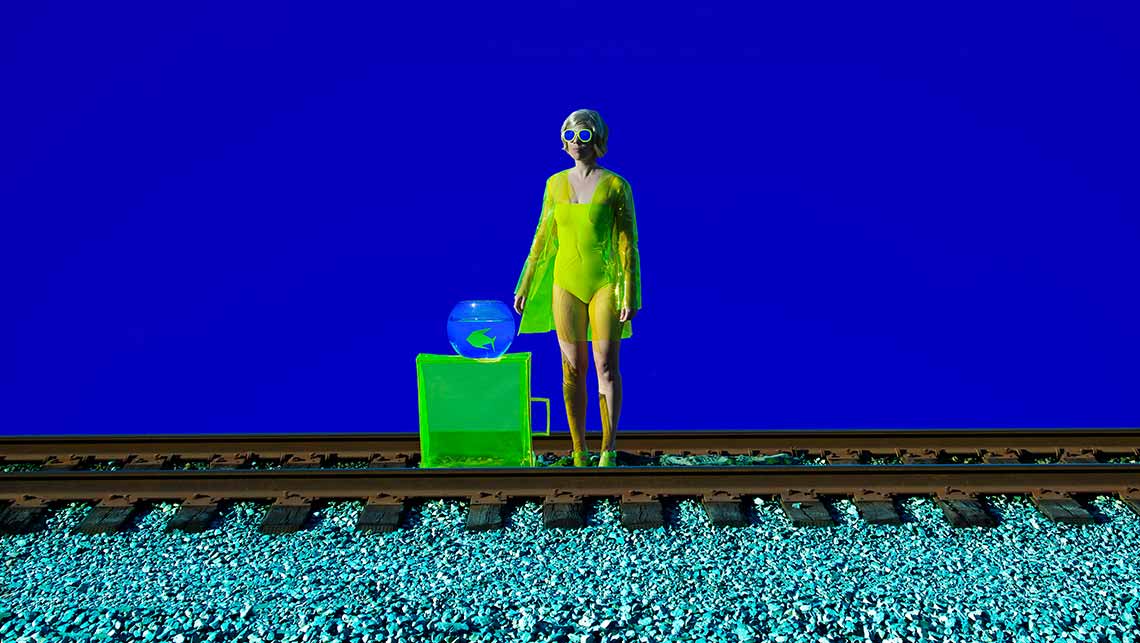 How do you work from start to finish? Presumably there’s an idea first … and then how do you follow it through?

For each scene, the process is the same: first I imagine a scene, then I create a maquette that I use as a reference throughout the whole process. I design the props, costumes, and origami, then I shoot the scene in a real location. Because I imagine all the scenes before shooting it’s often challenging to find the real locations. Sometimes I have to spend a lot of time scouting before finding the perfect spot. It’s a big part of the process. 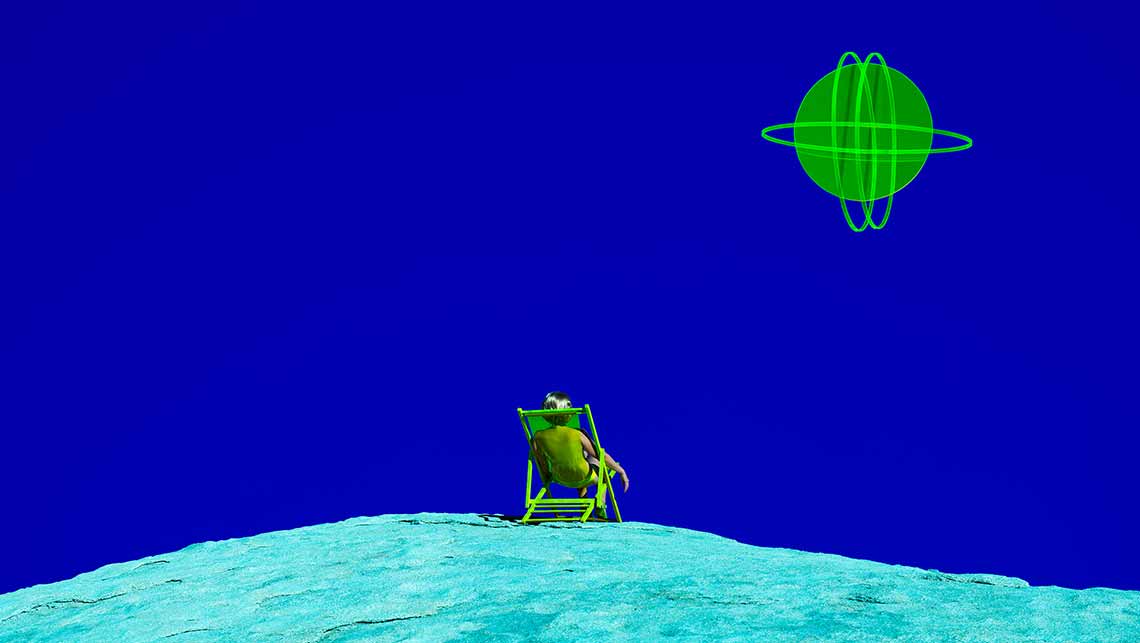 Having seen your work and the ‘making of’ trailer for the feature documentary Queen of Paradis on your series Midnight, we get the impression you don’t really like being told what to do! Where does that come from?

Sometimes when people approach me while shooting they come from a place where they have been used or lied to in the past. If there is a problem I always talk honestly with them and share with them what I’m doing. After that, usually people are very friendly and even helpful. It’s part of the surrealistic nature of the whole situation. 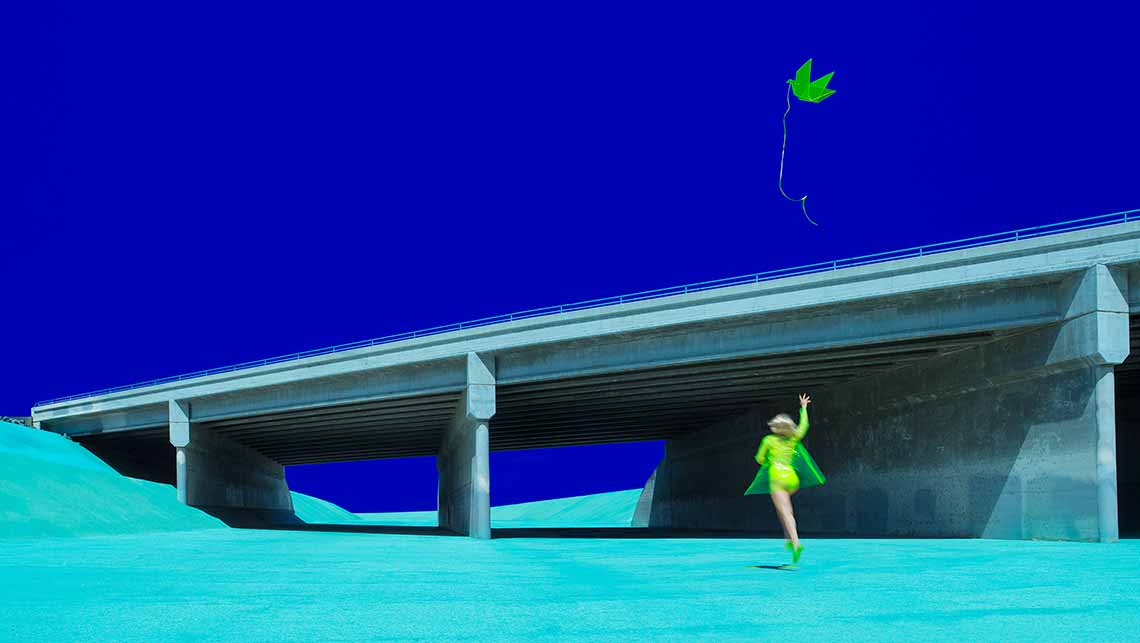 What did it take for you to get from a life in rural France to becoming an artist in South Central LA, where you’re now living?

You mean my whole life?! For that answer you’ll have to watch the documentary Queen of Paradis coming out on Amazon Prime March 6th. Right now I’m based in Los Angeles, where I work and live with my husband (and director) Carl Lindstrom. 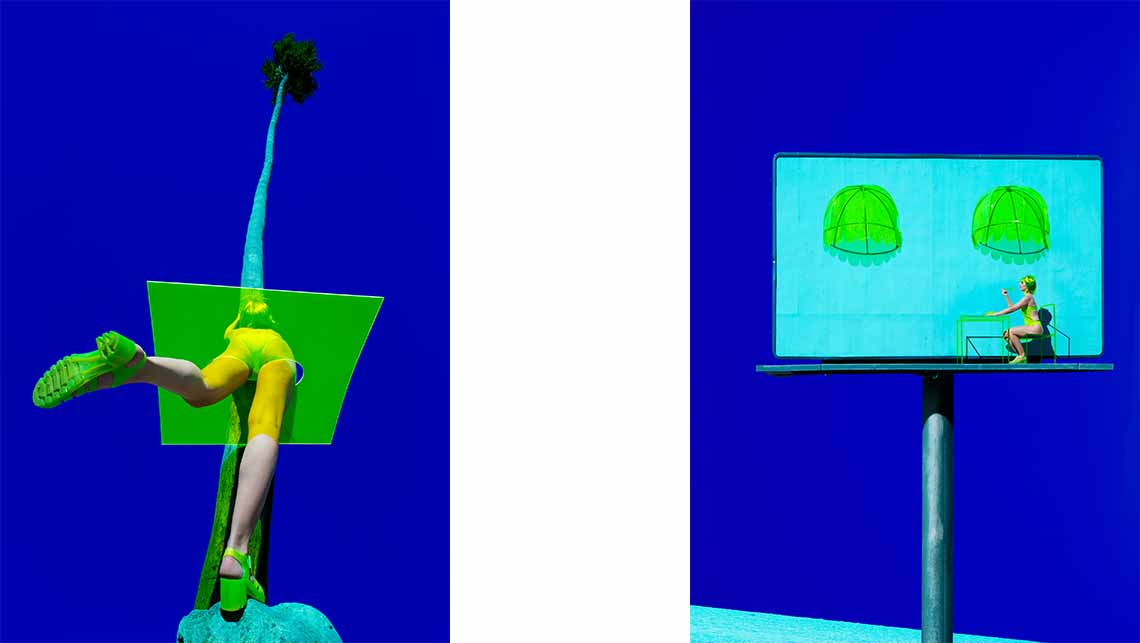 Have you been surprised by the positive reaction to your work? It must be so hard to stand out against everything else on offer online …

I am very thankful for the positive response and I am very grateful to have the opportunity to share my work around the world. 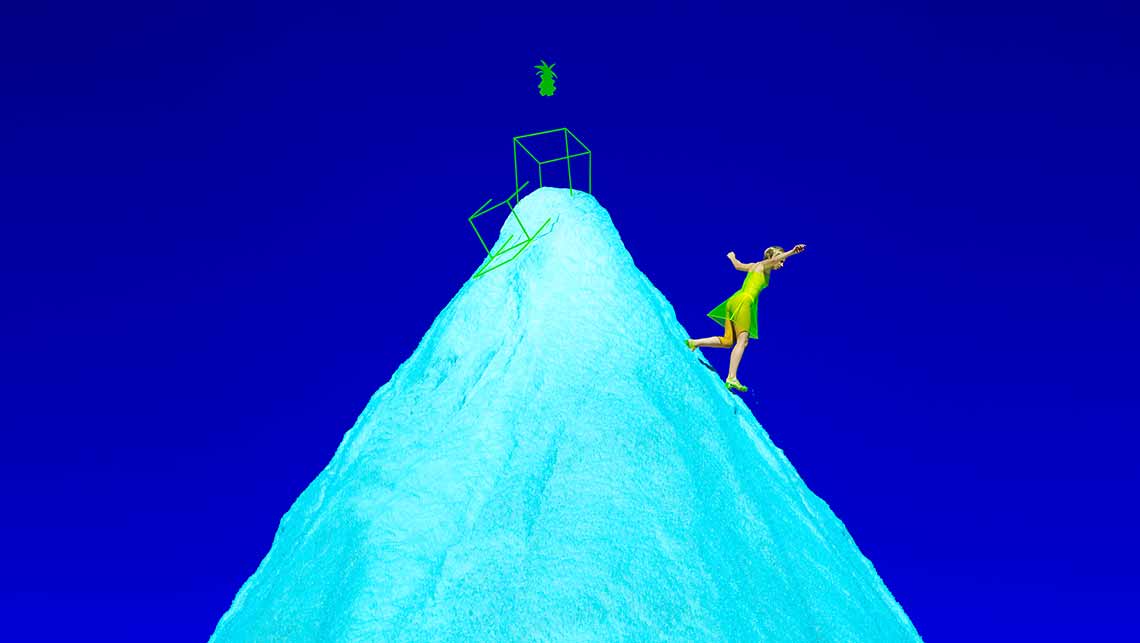 Tell us about your perfume … why make a perfume?

Last year I collaborated with the French perfume house Ex Nihilo to create a new fragrance called “Lust in Paradise”. I always wanted to create my own fragrance and Ex Nihilo is my favorite perfume brand. It was a dream come true to work on this project. The scent is very solar, like a skin warmed by the Californian sun combined with some more woody notes. I’m obsessed with it. 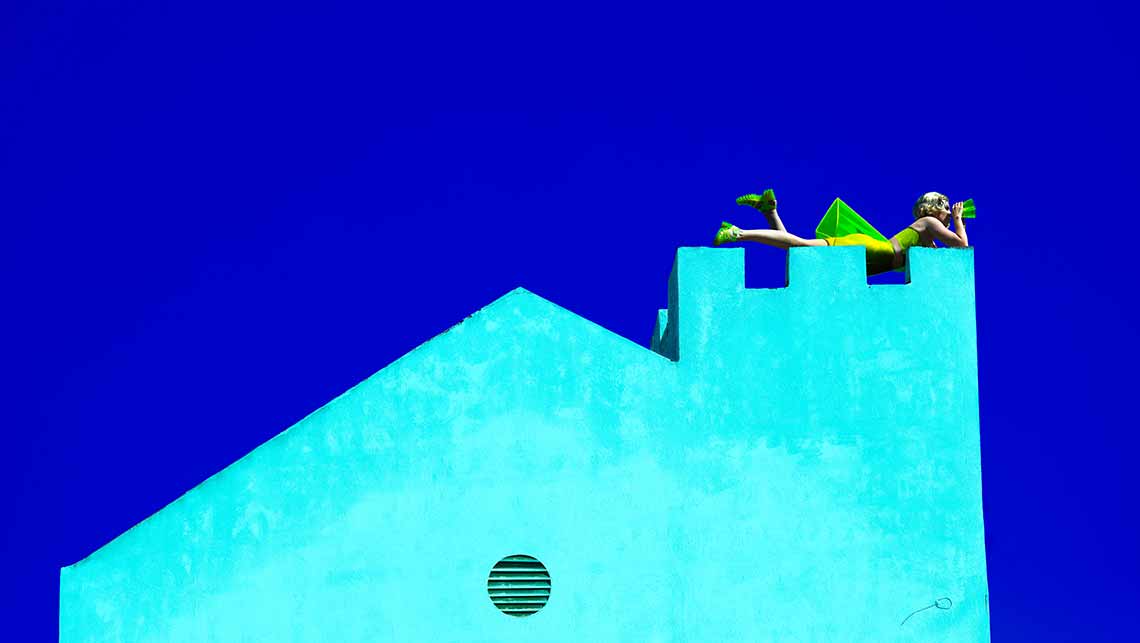 What are your working on next?

I am at the moment working on my new photo series Mars and I am also working on a new TV series project which I am very excited about. 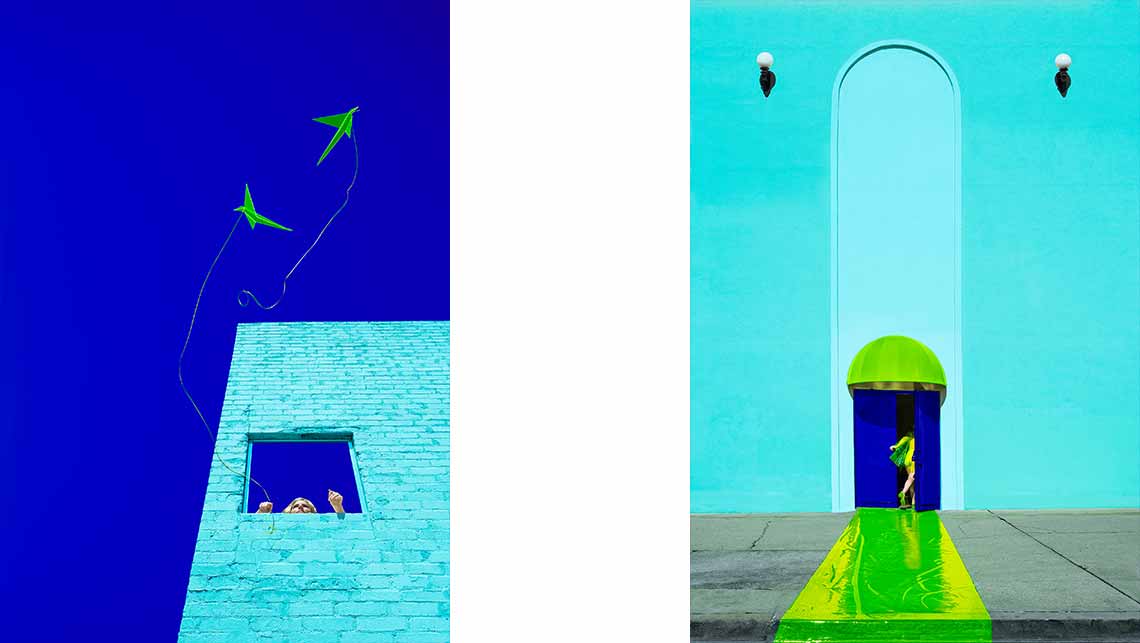 Left: The Birds. Right: The Door.

Where do you see yourself in five years’ time?

Reine, many thanks for your time.