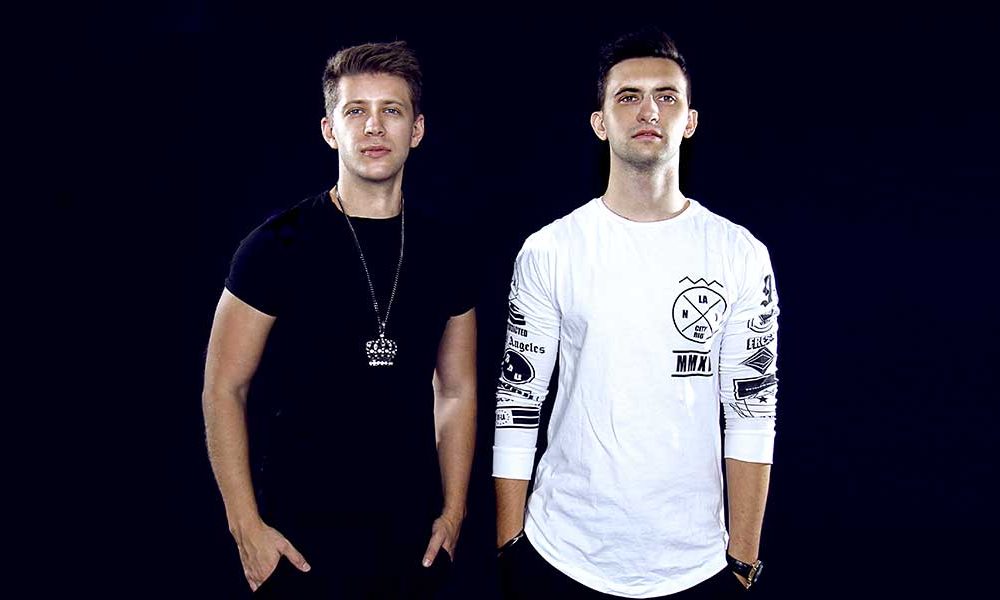 The Yak jumps behind the DJ Booth with Rave Republic – Stas Madorski and Mathias Schell, Asia’s #1 DJ duo and asks all things music and otherwise… 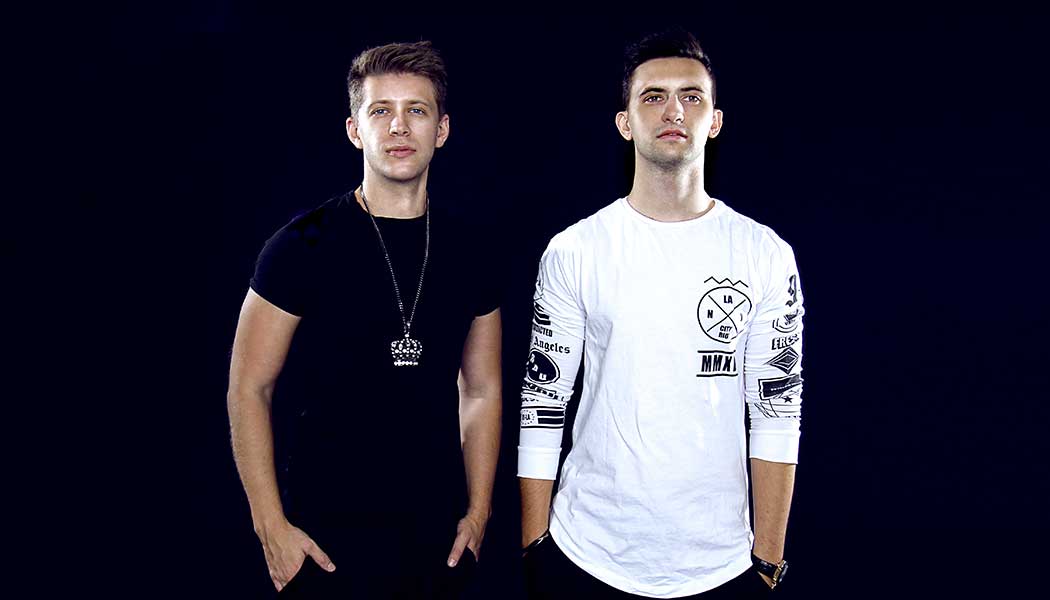 Guys, you are one of the only electronic artists signed to music giant Warner Music Singapore – what sets you apart from the others?

We’ve found a good balance between the sound we produce and the sound we play at our DJ shows. The sound we produce is very pop/radio driven which has allowed us to work with Warner Music, a label both of us idolised – it was like a dream come true. On the other hand, we want to keep the club/festival goers happy so this year we will be putting out a lot more club/festival bangers. We think having a good balance of both spectrums sets us apart from others musically.

You met, you clicked, you triumphed – have you met each others families?

Our families met in Bali actually! They all got on very well. We both come from families that have very similar values, and they all are massive supporters of our careers. 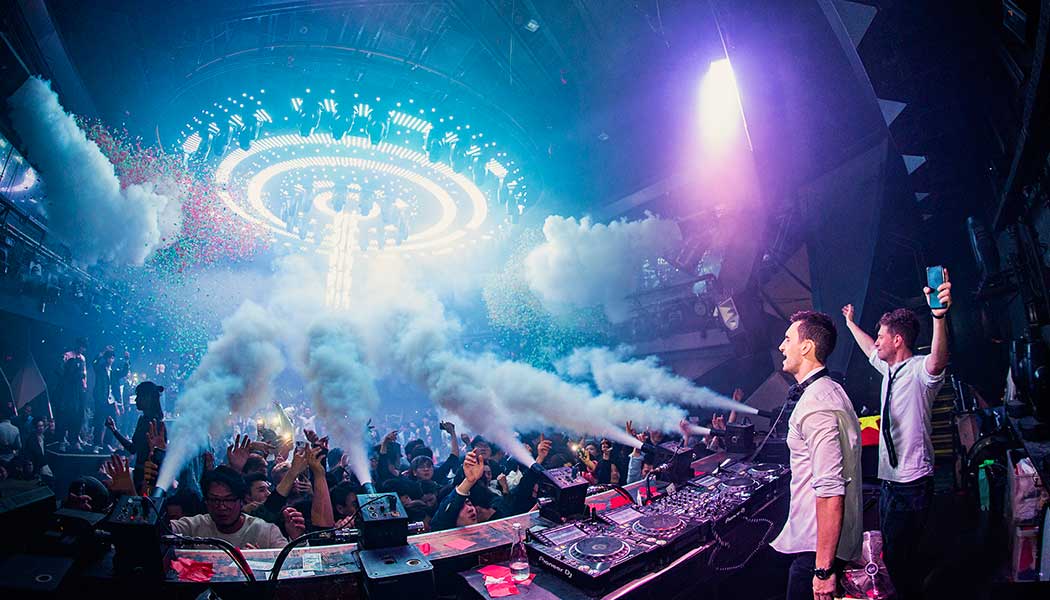 You are based in Singapore, but where is home?

Mathias is originally from Switzerland and Stas was born in Russia but grew up in Australia.

Avicii’s passing was a terrible shock to the DJ world and to all. Have managers and the “powers that be” sat up and listened to the pressure DJs are under?

Yes… it was a very sad day for the whole dance music community. It’s a tough question to answer as every person in different. Some DJ/Producers are addicted to touring and want to play as many shows as possible (like us), whilst other DJs/Producers want to spend as much time in the studio as possible. But to come back to your question: yes, we think his passing  has changed the way people think. Hardwell, for example, announced that he was taking a break from touring.

As a duo do you have each other’s backs – what does this entail?

We do! We are lucky that we get on very well together – we’ve never had a fight/argument! Having each other’s back basically means that we trust the decisions we both make when it comes to music/sound direction, but also when it comes to business decisions.

Where to even start! We have so much lined up this year. On the music side we are going to be releasing a lot more club/festival bangers. We also have some HUGE collaborations we are currently working on – we can’t wait to announce it. On the performance side we look forward to keep performing around the world, discovering new places. We will also campaign hard  and try to improve our DJ Mag ranking as well – we want to continue our mission to put Singapore on the dance music map and make our fans proud! 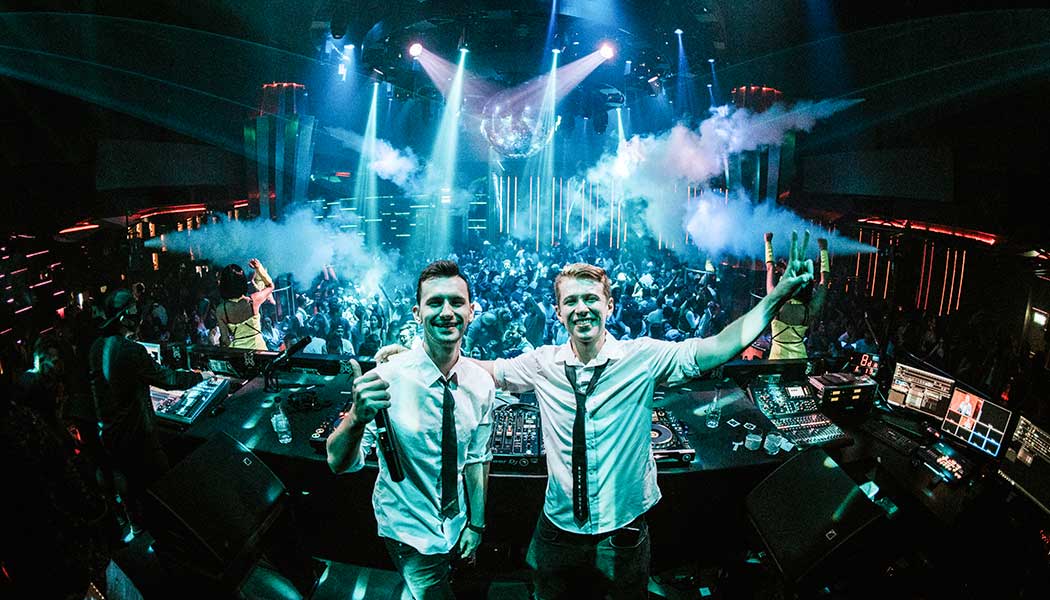 Would you say your music is embracing more of a pop sound? Do Rave Republic die-hard fans mind?

We have the best fans in the world. They have been very loyal from the beginning and keep supporting the music we put out whether it’s pop or EDM. It always makes us so happy to all of our fans coming out to our shows. While we kept our ‘EDM’-heads engaged with our remixes, one thing we were lacking was with original festival style productions. After spending months following ADE crafting our new sound, we are almost ready to release it to the world.

Corporate events like Ferrari and Louise Vuitton – do you change your style drastically to fit in with the “luxury” classes?

We drastically change the sound we play according to what the client wants from us. We’ve played stuff like 80’s Italo disco, to house, to hip hop. We started off as DJs, and are flexible with all genres.

What do you take way with you from playing Main Stage at Ultra?

Playing at Ultra Music Festival itself is a dream come true for us. Having a slot on the main stage just made it even more special! Our main takeaway is probably to keep working harder so we can play a primetime slot.

Have you ever had a major equipment failure at an event?

Recently in China the mixer had an issue, so we hardly had any sound coming out of our headphones. It was a challenge but we ended up making the best of the situation and still put on our usual, very energetic show.

Biggest challenge in the next couple of years?

Biggest challenge – it’s still difficult to get noticed as a DJ who’s home is in Asia. The DJ Mag ranking unlocked a lot of opportunities for us, and the collabs that we are working on will hopefully propel us further. With that we also hope to help more local and regional acts get noticed, too. 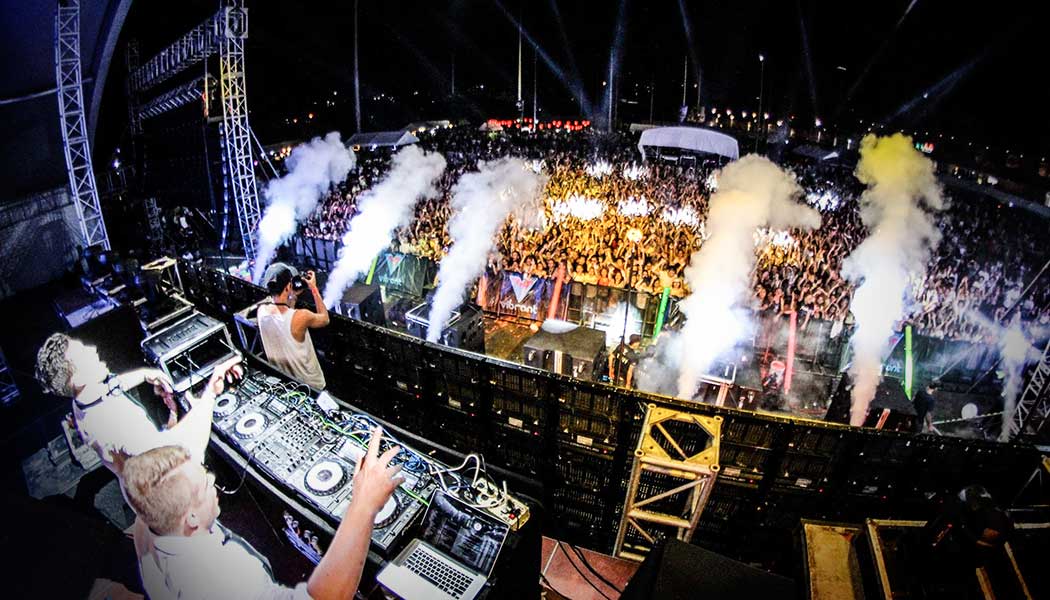 Both of you wear black ties, white shirts and black trousers? Any brand in particular? And on your feet?

No particular brand no, any white shirt will do.. We do have our own custom-made Rave Republic ties though. Same goes with shoes, anything goes. Matt prefers white shoes whilst Stas usually wears black.

Lastly, if you could be anyone but yourselves who would you be and why? Super hero or otherwise…

Thanks for your time guys – see you around the region… 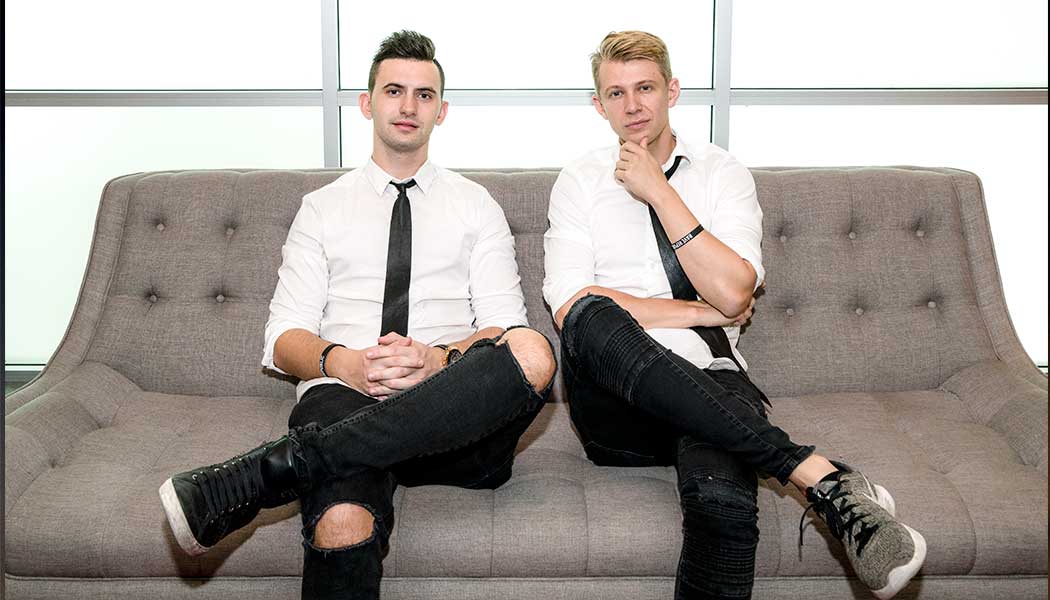 Rave Republic is a DJ duo, based out of Singapore. They were ranked number 98 on DJ Mag’s Top 100 DJs list in 2018. Rave Republic are best known for their pop-EDM crossover productions which have topped charts across the region

Ranked in the Top 100 DJs in the World (DJ Mag Top 100, 2018)
Asia’s #1 DJ duo
• Signed under Warner Music
• Over 2 million streams on Spotify
• Two #1 hits on iTunes (and on the charts in 8 countries), a #1 album, and 2 charting singles on Spotify (#2 on Viral Top 50, only beaten by Coldplay & Chainsmokers’ hit)
• Overwhelming experience playing at clubs and major festivals with all genres of
music

• DJed on the main stage of Ultra Singapore, EDC China
• Sets at numerous Top 100 Clubs
• Used to sharing the stage with just about as many Top 100 DJs you can name including Afrojack, Nicky Romero, Alesso, W&W, Alesso, DJ Snake, Carnage and Skrillex