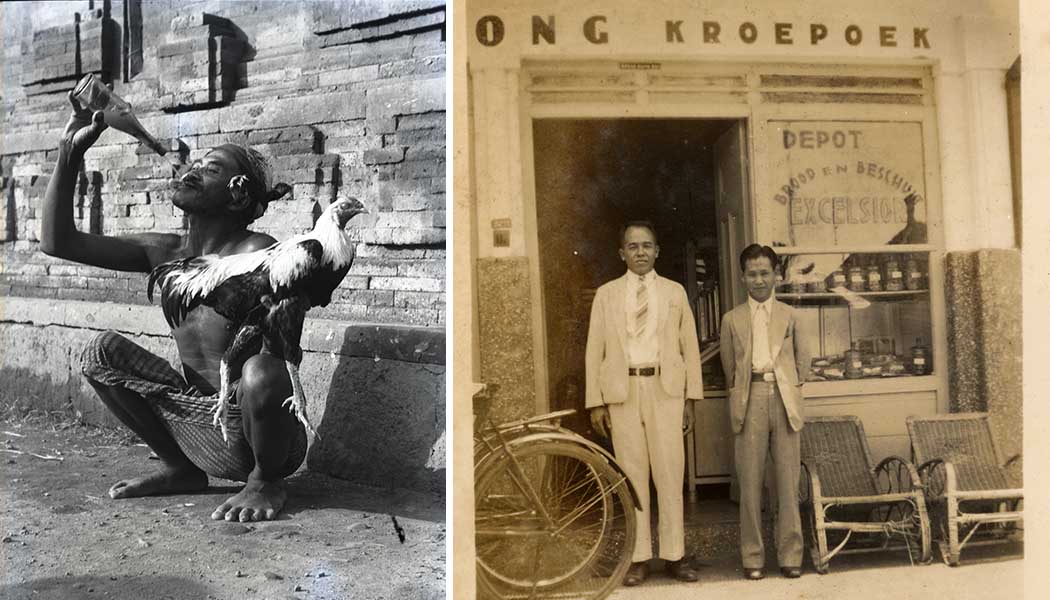 Photographer and art collector Jared Collins shares a look into Indonesia’s past through his vintage photo collection from the late 1920s and early 1930s.

Jared, these photographs are amazing. Do you think they show a Bali (and Java) that is lost to us?

Perhaps. Photography gives us a remarkable ability to view people, places and objects from the past. Gazing on a simple photographic portrait of a family, or a group of friends gathered to eat, or just an amateurish snapshot of a seemingly ordinary house, takes on a completely different feeling when we know that those things depicted in the image existed a century ago. We instinctively want to compare these visuals from the past with what we are familiar with today, and try to imagine what it might have been like during that time. Indonesia, and Bali in particular, is paradoxical in the sense that it is constantly being bombarded by modernity, yet somehow, its present is still firmly rooted in the past – you only need to drive two minutes outside of Ubud centre to see an unspoiled scene of exactly what life looked like here more than 150 years ago. We understand this simply by reviewing the art and photography that was created back then. Local traditions and ceremonies from ancient times are still practiced here daily and this is one of the unique places in the world to which people flock to witness a suspension in time. 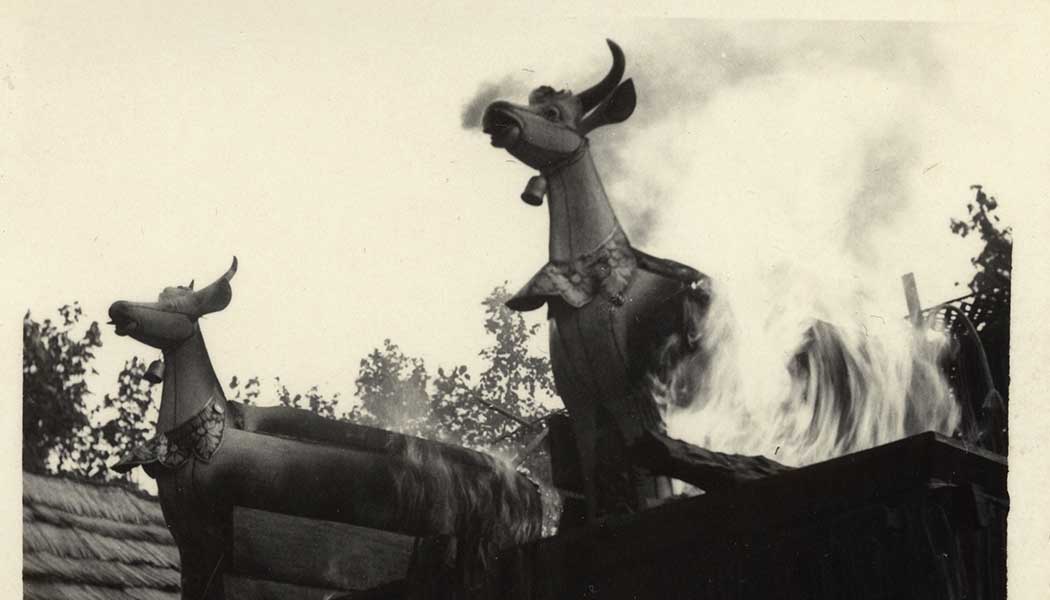 How did you find these images?

Some I found in Jakarta at antique shops, some I found through people who know I collect but the most recent batch came from a trip to Lombok with some friends and colleagues. I came across an antique store that had a digitally reproduced photograph of a Dutch shipping captain. He was a portly guy with a beard, sitting in a chair on the deck of his merchant vessel, and flanked by a group of the most intense looking tribal people I’ve ever seen. By tribal I mean similar to people from Kalimantan or Papua, yet completely different. I had no idea what I was looking at. After asking the owner of the store about this photo, I discovered the native people in the picture were in fact from Lombok. Until that moment, I had no idea of what Lombok people used to wear or how they adorned themselves 115 years ago, which was when the photo was created. So then I asked him if he knew of anyone who might have more photographs like this one – preferably originals. He suggested the name of another shop owner, so I hopped on my motorbike and just a moment after walking into this man’s nearly empty shop I found something totally unexpected. Sitting innocuously in a glass case were dozens of old 4×5 negative film boxes. I asked him what was in them – in truth I only wanted to hear him say two things, and he obliged. “Old negatives and prints,” he replied. Even though I had a boat to catch just an hour later, I was prepared to stay there as long as necessary to go through each and every image in those boxes…

Who took the shots?

Various people, but specifically a man called Lie Tjan, a Chinese Indonesian living in Lombok with his wife and son. He had established one of the first and only professional photography businesses on the island. From reviewing his body of work, we know that he was regularly experimenting with travel and portrait photography. The antique prints and original negatives that I had the opportunity to go through were created by this photographer more than 80 years ago. Much of this work focused on his travels inside Lombok and Bali, as well as snapshots of his family and friends. While perhaps never becoming a well-known master of his art form, Tjan deserves tremendous credit for being one of the few Indonesians at the time (especially in Lombok) who was working professionally with photography and darkroom printmaking. Manual photography has always been an expensive medium, and comparatively few Indonesians had the financial resources or access to the equipment and materials necessary to document the amazing land in which they lived. Through Lie Tjan’s dedication to photography, the public is afforded the opportunity to view some never before seen images from old Bali and Lombok. In a sad twist of fate though, the person who bought Lie Tjan’s business and photos some years ago explained to me that many of Tjan’s most important negatives – images that are still circulating today in the bookstores and souvenir shops around Bali – were actually destroyed in a bonfire created by his son, for reasons unknown. All that remains of these well-known images from the early 1930s are postcards and posters likely reproduced from a few surviving original prints.

Is it hard to find original negatives from that time?

Definitely. While it may be an everyday event to find old photographs of almost every subject matter scattered throughout the antique markets of New York City, Paris and London, it is much more unusual in this part of the world to find an original vintage print or, even better, a black and white negative. Heat, humidity, neglect, and even lack of interest have relegated untold numbers of images to the dustbin, many of which would have proven to be of great interest to historians and collectors alike. Rumours of this exotic place on Earth brought foreigners from around the world to see it for themselves, and fortunately, some of them came to document it as well. Those travelers who did in fact make photographs here in Indonesia, especially the Europeans and particularly the Dutch during their colonial time, took the images they made out of the country, many of which are now hanging on the walls of museums. It’s the excitement of finding an interesting original photograph that has never been out of Indonesia which drives the search for them. It’s the scarcity of them that makes them more coveted.

What strikes you most about these images?

When we look around at our current surroundings here in Bali and Indonesia and then take a moment to compare them with the photographic images from its past, it’s hard to believe how much has actually stayed the same. So much of the environment, as well as the Balinese people, look just like they did in the 19th century, though the sheer number of cars, traffic and stores would suggest that great change has occurred. But would we really be able to say that the guy with a cigarette tucked behind his ear, wearing a sarong, drinking tuak straight out of a bottle and holding a chicken in his hand was something only happening 100 years ago? Or could we see that same person today, right now, in a village just around the corner? Photographs are able to provide us with the best evidence we have to make such a comparison. They are one of our best resources to educate us, remind us, show us what has changed, what has transformed, and preserve for future generations what was once here. For a vintage photography collector, having the ability to hold an original antique print, created in a darkroom by hand and printed onto photographic paper that no longer exists, has extra special meaning. It is simultaneously a historical object, a window into humanity’s past and often a piece of art in itself.

Jared Collins is compiling a collection of vintage images for a book project showcasing Indonesia’s heritage. He is currently inviting anyone with original photographs or negatives to contact him at jaredinbali@gmail.com