Andrew E Hall contemplates peace in a time of turbulence. 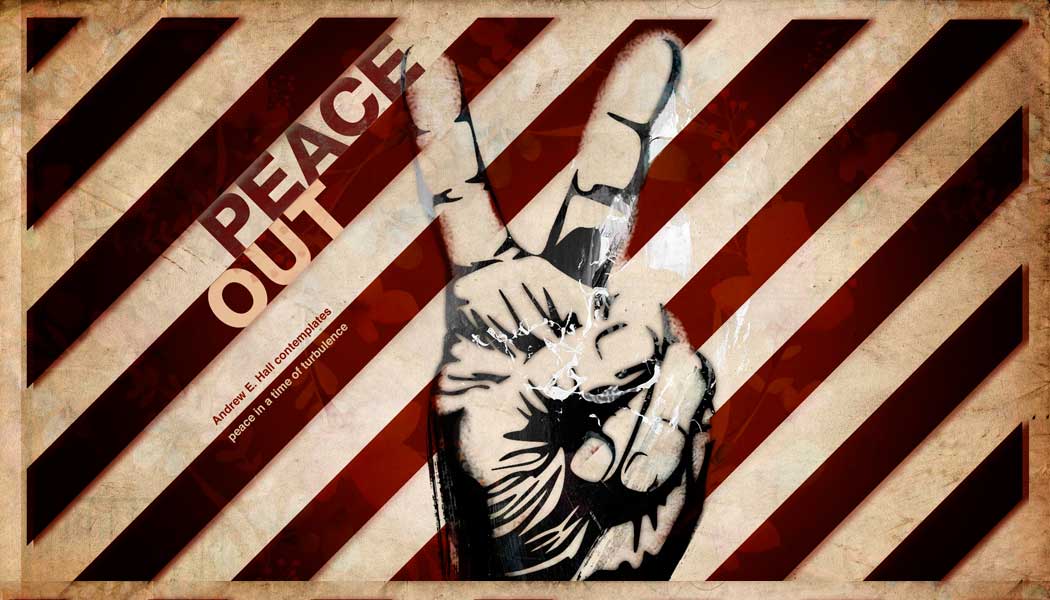 Someone commented recently that she thought my worldview was somewhat dark, I replied that it makes it easier to see the light.

Pinpricks and rare flashes that illuminate potential; that polarise (in the sense of lenses that cut through glare) the illusion that brightness brings – mirages conjured by the mendacious and maladroit.
It’s been a hell of a year hasn’t it?

I’d like to be gobsmacked, astounded and amazed that, as we move towards the end of the year and into 2018, there are people – who apparently know what they’re talking about – actually applying odds to the likelihood of nuclear war.

But given the grubby qualities of certain national leaders these days, I’m kind of not.
I do, however, ponder if “peace” has become passé.

What does the concept mean to you?

Some might say that peace can be found in the raptures of orthodox religion, so let’s head back in time to the peer-reviewed transcript and all-time best-selling book, The Bible, and its Old Testament God who claims kudos for kicking off the whole human thing . . . and everything else on the place we call Earth. 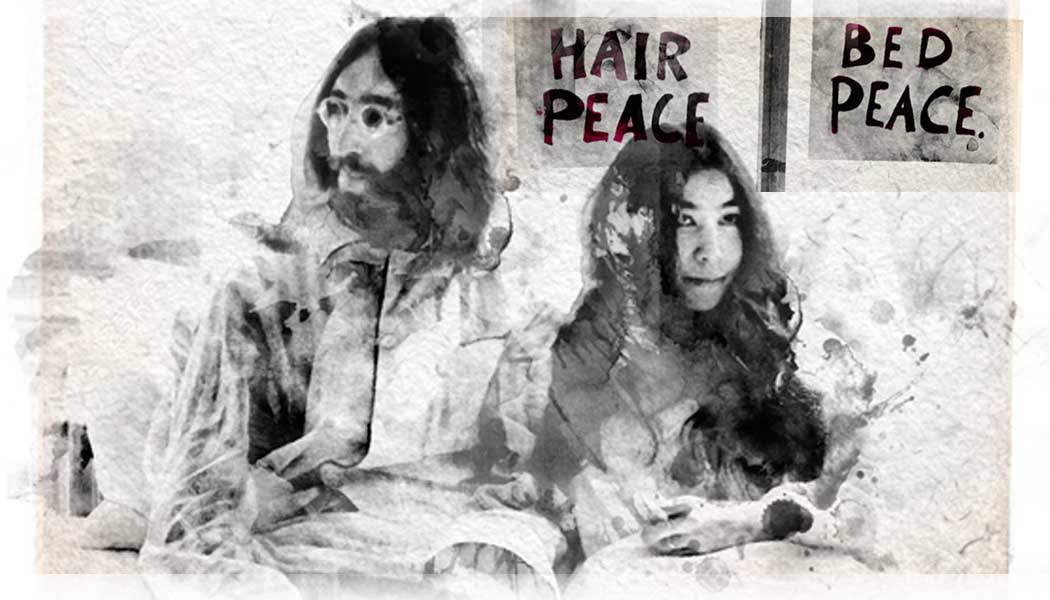 As far as I can make out God suffers from obsessive-compulsive disorder, as revealed in a 10-point plan allegedly printed on stone slabs and delivered to a chap named Moses on the summit of a hill (possibly) located in a place we now refer to as Egypt.

Point one: I am the Lord thy (your) God! Thou (you) shalt have no other Gods but me!
Not only did He invent the exclamation mark, He just dissed all the other gods who came before him. And probably spent inordinate amounts of time washing his hands of them.

Point five: Thou shalt not kill!

On the whole an admirable sentiment, except when one considers that God demands unconditional love, and failing that threatens to kill you, your family, and your pets in myriad unspeakable ways.

And threatens to unleash an unspecified “pestilence” on all the rest of you who might have an each-way flutter on the nature of faith.

Point nine: Do not let thyself lust after thy neighbor’s wife!
Yep, fairly obvious, but it raises the (Angel) Gabriel, (Virgin) Mary and (husband) Joseph-of-Nazareth conundrum.

Then, in the literary sequel New Testament (with its Gospels, Psalms and letters to The Editor), comes God’s revisionist Son – you know who he is – who basically acknowledges his Father’s propensity for grumpiness but reminds us that He’s got our best interests at heart, and that He created us in His own image.

For which we must all give thanks and enter into various existential crises linked with the tricky “free-will” caveat that he threw into the mix as a loyalty test . . .

He also suggests that “love” is a good thing (as long as we all love Him) but that when power junkies are kicking lesser mortals in the arse, the righteous thing to do is “turn the other cheek”.

There are obviously many who have contemplated the nature of “peace” in the intervening period but I will fast-forward to more recent ruminations on what it might be. And contemplate that it is regarded popularly as a comparative concept that only exists in the context of war. 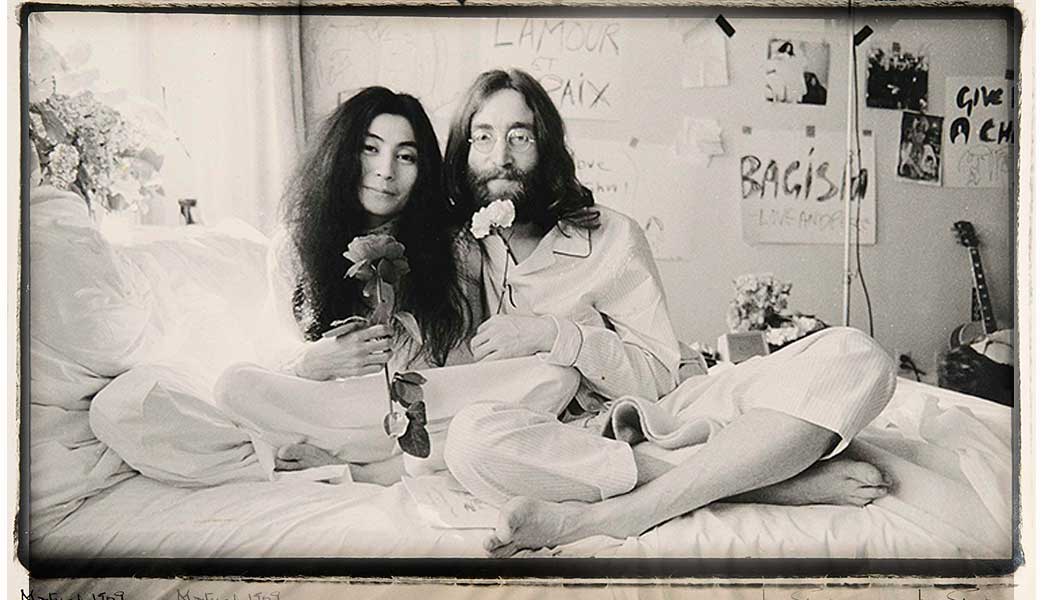 Singer, “proto-rapper”, novelist, poet, teacher and civil-rights activist Gil Scott-Heron in Work for Peace writes: “If everyone believed in Peace the way they say they do, we’d have Peace. The only thing wrong with Peace, is that you can’t make no money from it . . .

Perhaps we should pay heed to the words of another African American, Martin Luther King Jr., when he said in a speech (before he was shot to death by someone who didn’t agree with him): “I have a dream that my four little children will one day live in a nation where they will not be judged by the colour of their skin, but by the content of their character.”

Sorry, noble friend of humanity, not happening, especially in the country of your birth.

Or Mahatma Gandhi: “Nobody can hurt me without my permission. Let others hate you and talk behind your back. Their hate can’t affect you without your consent.” 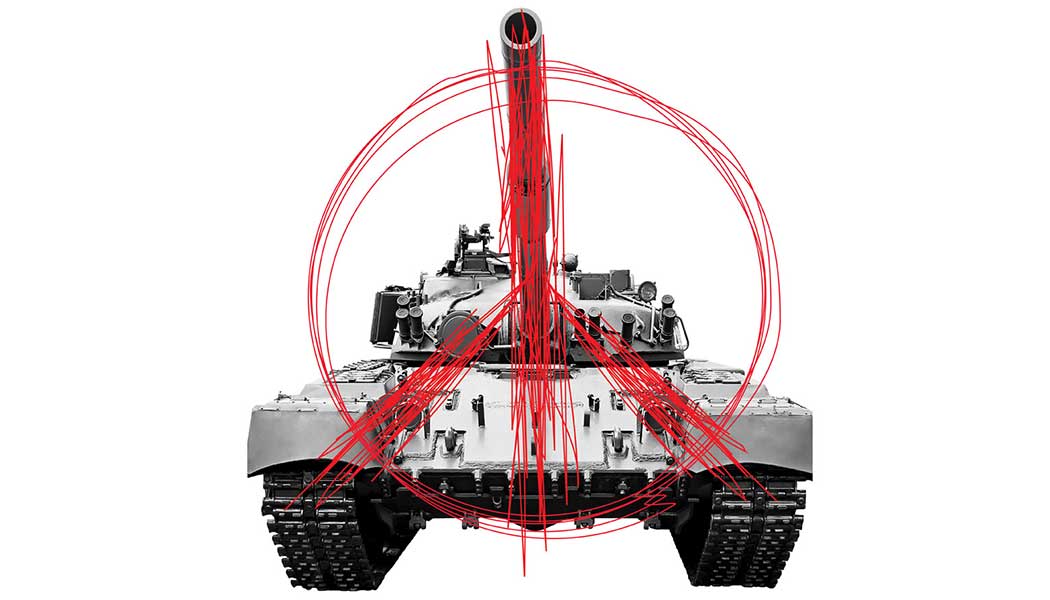 People of my vintage like to reminisce about the lyrical genius John Lennon, and his anthem Give Peace a Chance. Unfortunately he didn’t avail us of a follow-up record that expanded on his thesis about the nature of “peace” and how to achieve it.

It would be wonderful if all of us could afford to occupy a large bed (not necessarily with Yoko Ono) for extended periods in a swanky Amsterdam hotel suite, smoking a whack-load of weed, and selling another form of dope to a sycophantic celebrity press pack.

I’m pretty sure John Lennon was very sincere in his desire that peace might be achievable, if only a more sizable portion of the population advocated for it.

“The only thing wrong with Peace, is that you can’t make no money from it . . .”

Lao Tzu lived about 2,500 years ago and is credited with being the founder of the Taoist philosophical tradition, and being the author of a text titled Tao Te Ching, in which he says: “Music in the soul can be heard by the Universe”.

Perhaps this is the real contribution made by the John Lennons of this world – that, if we are able to find the appropriate tuning and tonal qualities, the Universe reflects upon us a sense of joy and love, no matter who we are in the corporeal scheme of things. 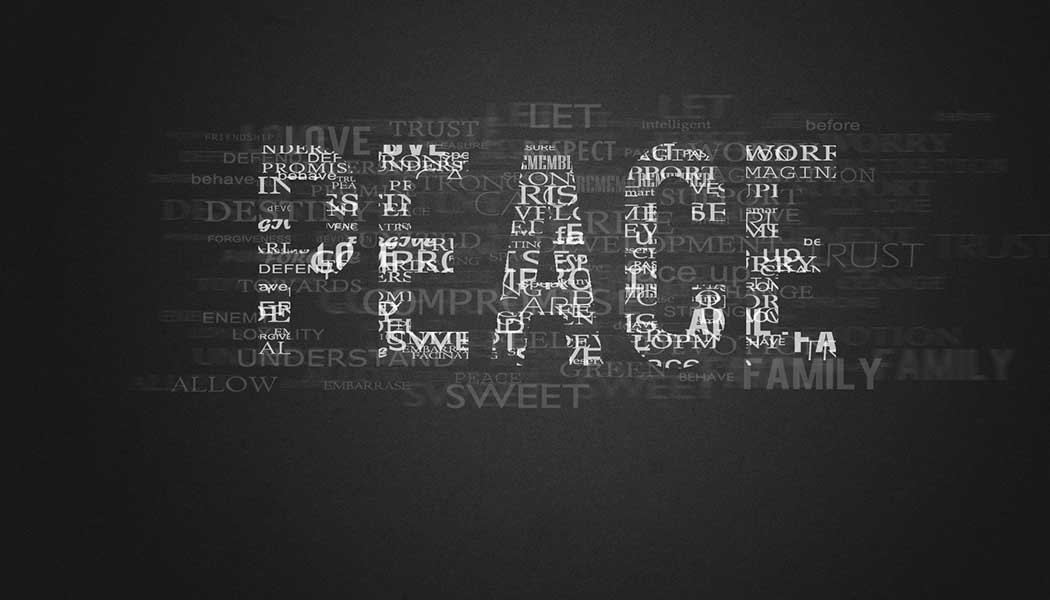 At this point may I beseech you to dial up YouTube and watch a video that features two fabulous musicians – Prince, who left us in 2016, and Tom Petty, who graduated (with Honour) in 2017 – that features a performance of While My Guitar Gently Weeps, celebrating the induction of Prince and (former Beatle) George Harrison into the Rock and Roll Hall of Fame.

It might just bring you a few minutes of happiness and reflection. Feel good about the look on Dhani Harrison’s face as Prince rips into a most stunning, theatrical guitar solo.

Oh baby, oh yeah! There’s some peace and love in there.“Being deeply loved by someone gives you strength, while loving someone deeply gives you courage,” Lao Tzu says, and also that, “those who do not compete, therefore, no one can compete with them.”

Which is a salutary admonishment for those who live in a world that, at an elemental level, is founded upon notions of internecine combat and narcissistic intent.

Reflected and reinforced by the electronic reality replacements you are addicted to – that promote a world where productivity is measured moment-by-moment by banal bean counters who appropriate a deep indulgence of the mean, but not the meaning. 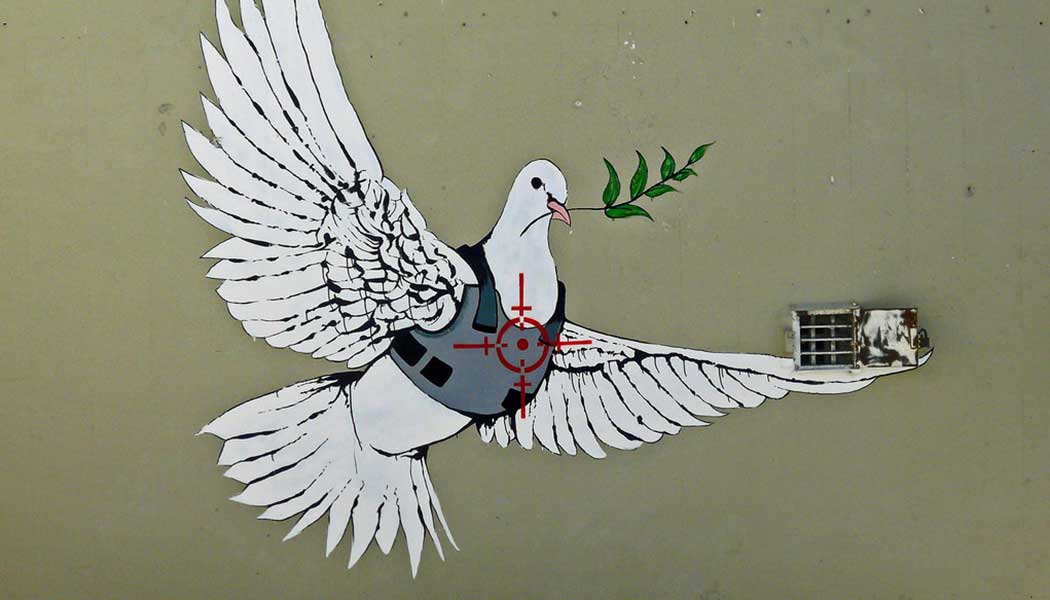 Where personal value is a value judgment made by others, ill equipped but validated by a form of words that has been conferred by intellectual cowards.

Where subservience is clothed in the silence of those who have every right to speak loudly in resistance to, and in dissent of, the modernist Dickensian entitlement that infests the corporatist commode.

In the skin tight-but-fashionable pants of a cacophony of calumnious, cracked actors who have created elitist cliques on a formerly “Tranquil Isle”? A place that was my home when “community” was contemplated in the context of what existed before we came.

Not as an inexpensive service industry that caters to the base druthers of well-heeled refugees.
In contemplating peace and what it might be, I’m at a loss. And the irony is that when I started to write this, I thought I might have something useful to offer on the topic. 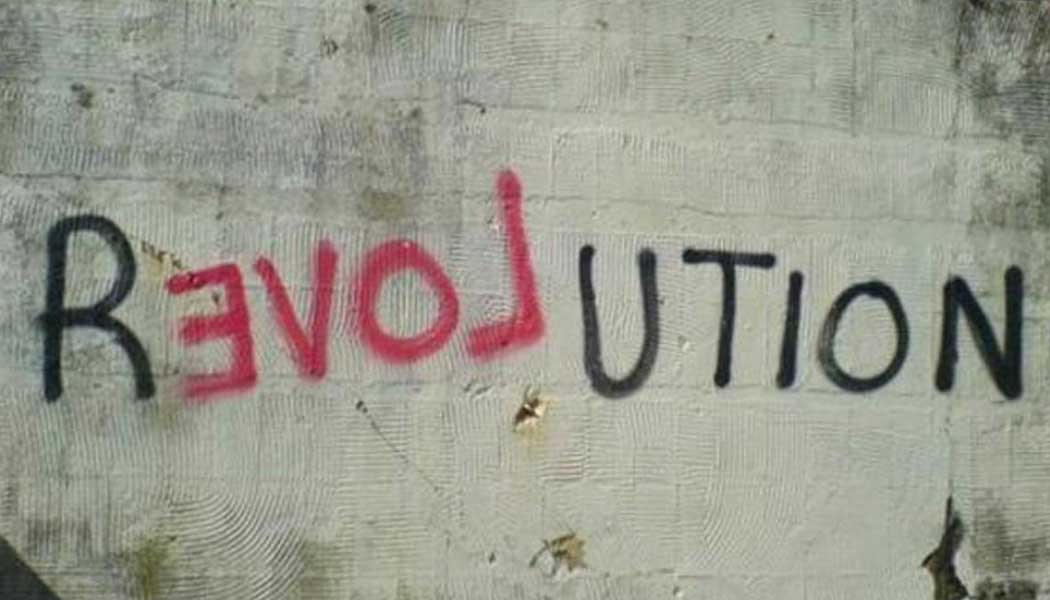 The other day I bumped into an acquaintance of mine during what turned out to be a less than happy day for both of us. We swapped stories about power trippers and control freaks. She came up with a formula that (for redundant gender-based reasons) shocked me at first:

I looked at her, she looked at me and we started to laugh, and then we laughed some more. And in our laughter we found a fleeting moment of what might be peace.

We continue to laugh now that we have a sign for what transpired between us that day: a two-fingered peace sign held over the heart in horizontal fashion. 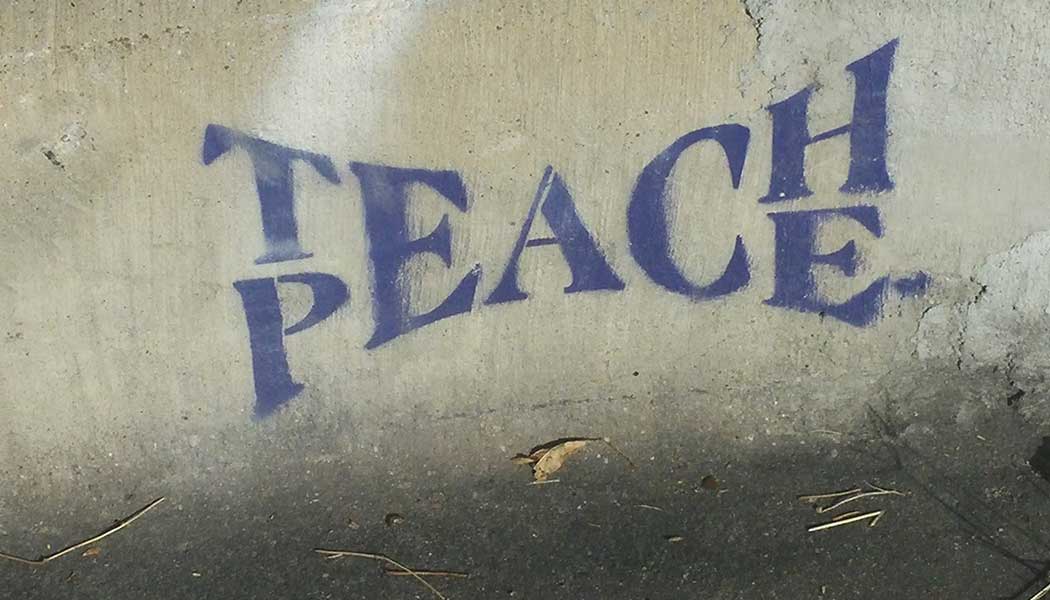 In the estimation of Lao Tzu it would be an “act without expectation”.

And in the context of our shared moment it’s good enough. My hope is that we become friends sometime, but I’m not attached to propensities.

May you all find a moment or two of peace that does not require the sacrifice of others as we lurch into another new year.

May 2018 be kind to you and yours, and may you find some kindness and love for those who do not share your good fortune.