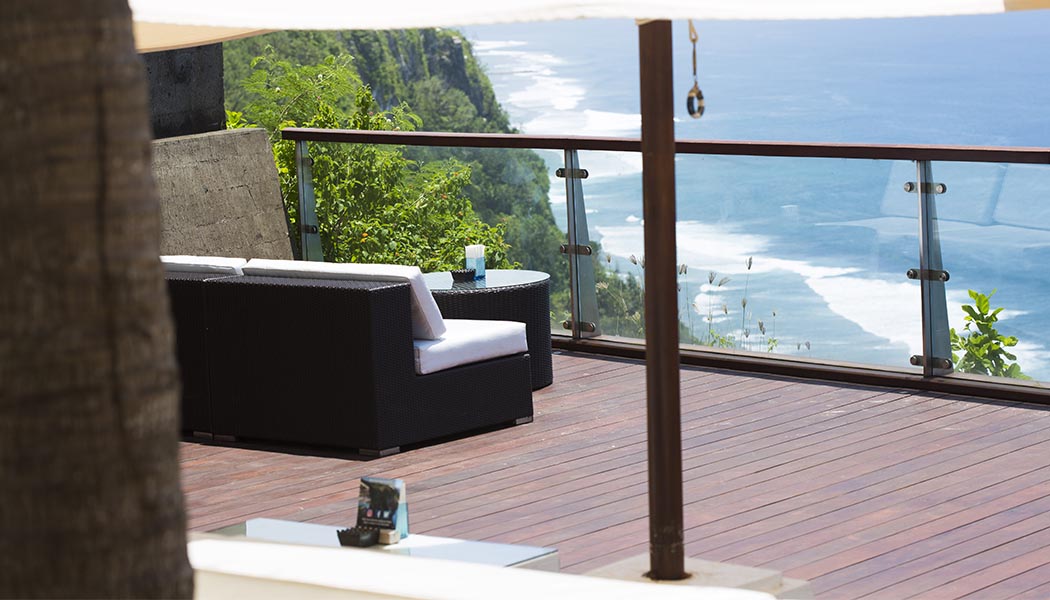 At a time when Uluwatu is buzzing to the high caliber vibrations of a cliff club launch party, the talent pool at oneeighty is pushing the bar high when it comes to day club cuisine. When it comes to whose kitchen rules on the Bukit peninsular, the stakes are high – 500ft above the ocean.

Oneeighty takes dining seriously and the pedigree of its culinary efforts depicts a recruiting strategy that aims for a stellar team.

General Manager Brenden Peace has excellent form having landed in Bali 10 years ago as Chef de Cuisine at Luna2 private hotel. Before that he was working the pans at some of Sydney’s most celebrated kitchens, including Matt Moran’s acclaimed Aria Restaurant, Glebe’s Boathouse on Blackwattle Bay and as Chef de Cuisine at the award winning La Tratt. He certainly knows his rondelle from his ragu.

He also knows the importance of an executive chef, which is why he cast his laser target on Chef Nyoman Suasa – one of a clutch of elite Balinese cuisiniers. 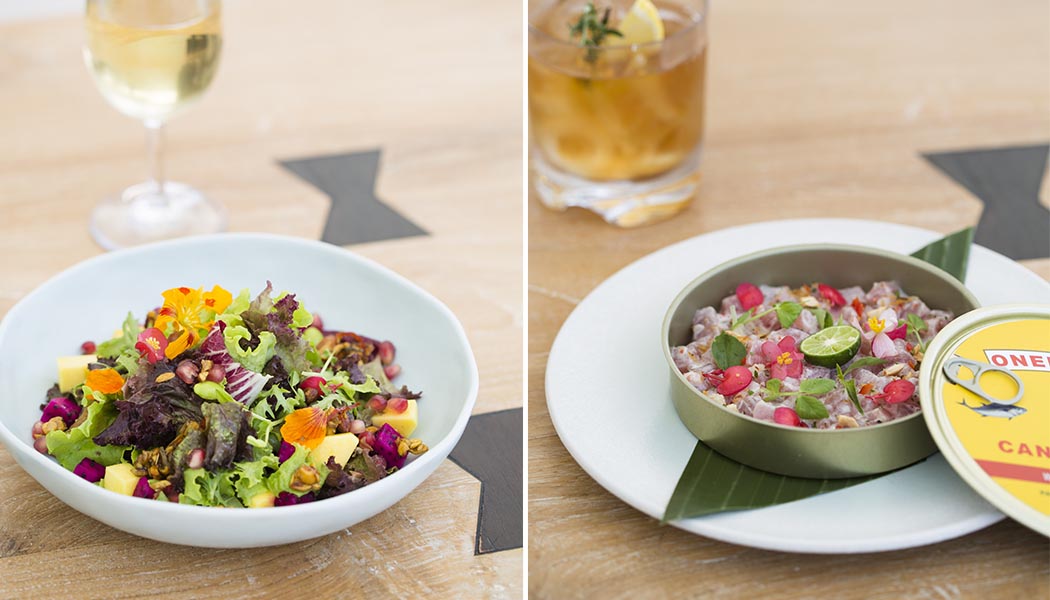 Nyoman – who is Four Seasons trained – is at the vanguard of the new Indonesian-style’ dining and was the culinary mastermind behind Seminyak’s Bambu restaurant. He also oversaw dining at sister restaurant La Lucciola. Chef Nyoman is now mid-flight creating Atas – the destination dining restaurant at The Edge, which is currently in development and set to open later this year.

Meanwhile, he is delivering an array of exquisite dishes at oneeighty, making the trip to the Bukit peninsular as must-do for culinary adventurers.

The menu offers a tight collection across a big platform that includes small share plates, salads, grill, and warung for local delicacies, burgers, pizza, sandwiches, pasta and sweets.Inspiration is taken from the sea so dishes are laden with fish, scallops, prawns, oysters, and lobster.

Oneeighty has it own brand of ‘canned tuna’, a tailored tin of the sweetest yellow fin tuna ceviche lightly cooked with kaffir lime and tenderly flavoured with lemon basil, a touch of chilli and moistened with cold pressed coconut oil.

Softshell crab is cooked to fragility while holding the lush salty meat and the crunch of jicama lightly sweetened with pineapple, coriander, sweet chilli and cucumber.

Fat and delicious croquets are a star dish, are is filled with hot succulent snapper, and prawns that are lush with lime aioli and topped with salty Tobiko caviar.

The Archipelago salad is an outstanding mix created to reflect the diversity of Indonesia’s landscape with tender baby leaves sprinkled with edamame, mango, pomelo, dragon fruit, nuts, fried tempe and drizzled with a taramind dressing. Likewise, the beetroot carpaccio is a fine display of wafer thin slices of beet teamed with goat cheese and aromatic harissa, a single egg yolk and walnuts. Its simplicity of flavours matched with the delicate spice of the chilli and garlic of the harissa teamed with a perfectly rendered egg yolk is dreamy.

Chef Nyoman clearly understands how to make an uncomplicated dish shine. A whole lobster halved and perfectly grilled with kemangi – or local lemon basil – butter lifts the briny flavours to a whole new stratosphere when dressed in a bisque foam with bulging spoonful’s of plump salmon roe to deliver juicy and luxuriant lobster meat that falls away from its shell.

If ocean grown foods are not suited to you palate, oneeighty has plenty of land-based choices including tagliatelli al ragu with braised beef, red wine and herbs or, butternut pumpkin tortellini di zucca with goats cheese, sage burnt butter, walnuts and aged balsamic. Indonesian favourites such as grilled duck with smoked chili and water spinach offers guests an exploration of regional dining.

For cliff club patrons or those emerging from a swim in any of the statement pools, a pizza, rack of baby back ribs, Korean fried chicken, burgers or sandwiches may be the order of the moment.

Chef Nyoman has brought to bare his collective understanding of both casual and fine dining that he has nurtured while he worked an international circuit in a career that has incorporated the renowned Beverley Wilshire Hotel on Rodeo Drive, LA, where he was sous chef and assisted in the launch of Wolfgang Puck’s award-winning in-house restaurant CUT.

Dining at oneeighty is beautifully supported by an excellent cellar that is under the command of sommelier Nyoman Suwinda Yasa, named Bali’s Best Sommelier in 2016 by Wine Spectator, while in 2017 his cellar attracted an Award of Excellence.

ommelier Nyoman loves nothing more than collaborating with Chef Nyoman to created bespoke food and wine pairings and, with suitable notice, he will devise and lead a tour of his cellar for dedicated connoisseurs.