No Sleep Since Brooklyn 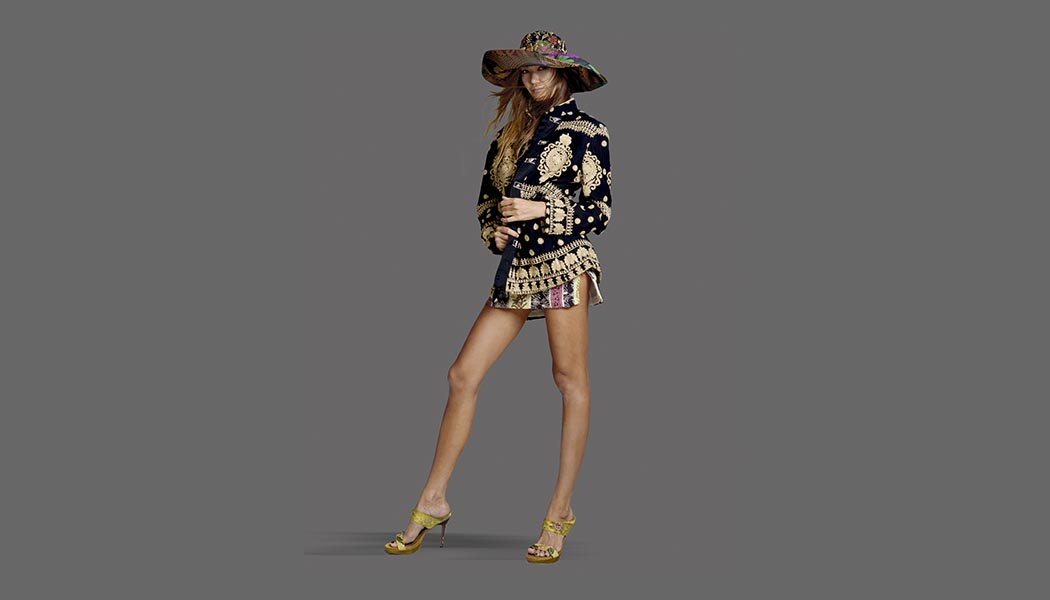 It’s pretty safe to say that Paul Ropp is one of Bali’s most iconic fashion labels, and Paul Ropp himself one of the island’s most colourful characters. Much like the vibrant, free-spirited pieces in his collections, Paul’s life has been vivid and varied with a broad range of experiences that have made him the artist and brand leader he is today.

Unlike many designers in the fashion industry, Paul never grew up in a fashion-orientated family, nor was he born with a silver spoon in his mouth. In fact, at the age of eight, Paul became a ward of New York State and was placed in a home for delinquent children. School held no interest for him, so he made a conscious decision to give it up and instead got his education on the streets of Brooklyn.

Paul says, “As a child, I was incorrigible. As for creativity, survival left me no choice. My creative streak was an exercise to survive, which meant I had to create my own path.”

With a penchant for thinking outside of the box, Paul was always drawn to new ideas, so when the ’60s rolled in, he wholeheartedly embraced the free-thinking, anti-establishment movement. Protests, performance art and new possibilities eventually led him to India. As he says, “Asia was an opportunity of mystery.” 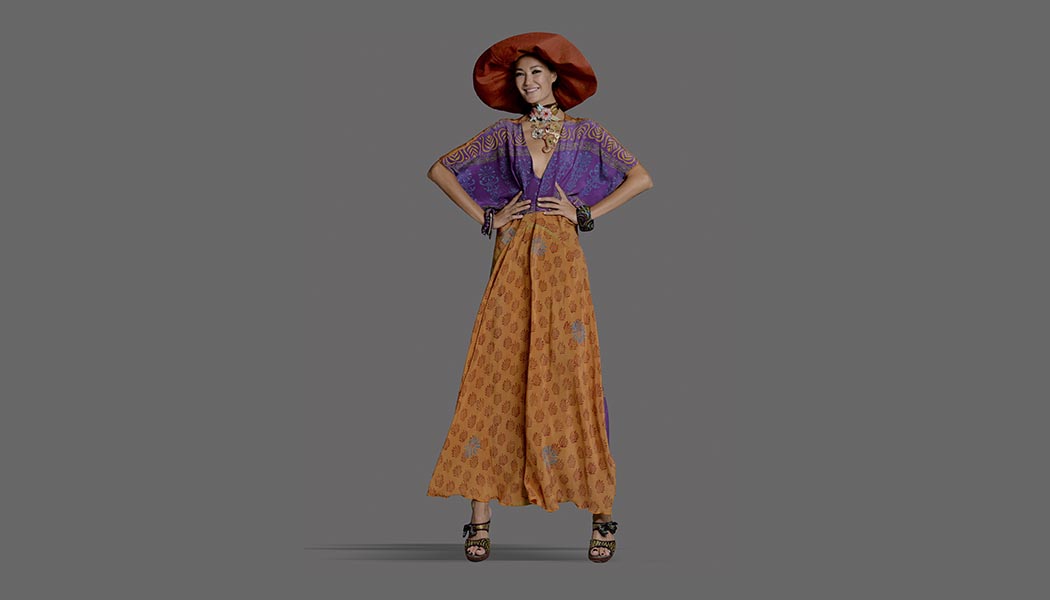 While in India, Paul created T-shirts silk screened with spiritual motifs, then began working with hand spun, hand loomed cotton to create flowing, one-of-a-kind garments that are still a hallmark of his collections today. He drew inspiration from nature and the cultures and artisans he encountered, as well as Mahatma Gandhi’s concept of maintaining ancestral professions like spinning and weaving to strengthen village economies.

“In the beginning, financing production was one of the biggest challenges because I didn’t have money, nor was I given any,” says Paul. “I went from doing Chinese Tibetan T-shirts straight to doing what I do now in one gulp. I had zero know-how, just determination and a little creativity.”

Paul’s intuition was on point, as his bright bohemian style pieces soon garnered major attention, and it wasn’t long before he was being featured in major publications and dressing celebrities such as Christie Brinkley, Jane Hitchcock and Cheryl Tiegs. He also attracted the interest of fellow artists and key players in the fashion industry, yet Paul never let that deter him from his path. 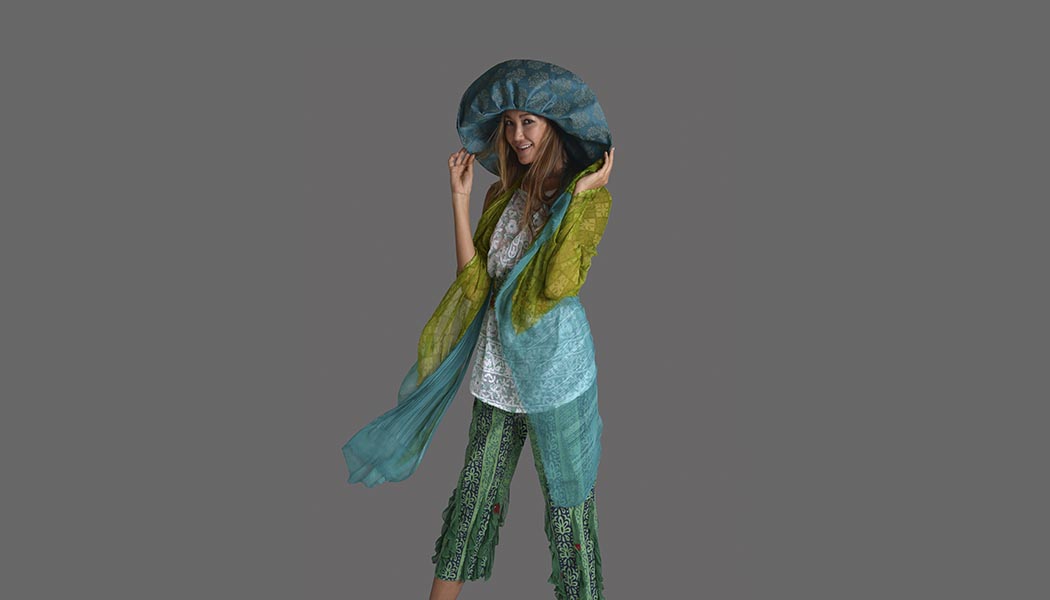 For example, Paul says, “I was asked to create a line of tops by Carl Rosen, who was the CEO of Puritan Fashions. He was creating a collection with Calvin Klein Jeans and Diane von Fürstenberg’s wrap skirts. However, I told him I didn’t work on 7th Avenue and that I only would do it through India.”

In 1976, Paul visited Bali to help deliver John and Marie De Coney’s second daughter, Made De Coney (future founder of the Lily Jean label), and became instantly enamoured with the creative nature of the Balinese people and the opportunities that the island could offer. He decided to stay, setting up a workshop for design and production and officially establishing his brand in 1978.

Today Paul employs more than 300 people and supports over 5,000 more in villages here in Bali and India. You can find Paul Ropp collections in over 35 countries, and his unique Shop in the Box concept – entire shops that can be put in a container and shipped anywhere in the world – ensure that each of his boutiques have a distinctive look and feel.

“In terms of the business, I have always done what I wanted to do and not just what the market requested of me,” he says. “I don’t consider what I do to be fashion. My desire to learn spurs me on to create new fabrics. Sometimes this means taking elements I find in the past and taking them forward.” 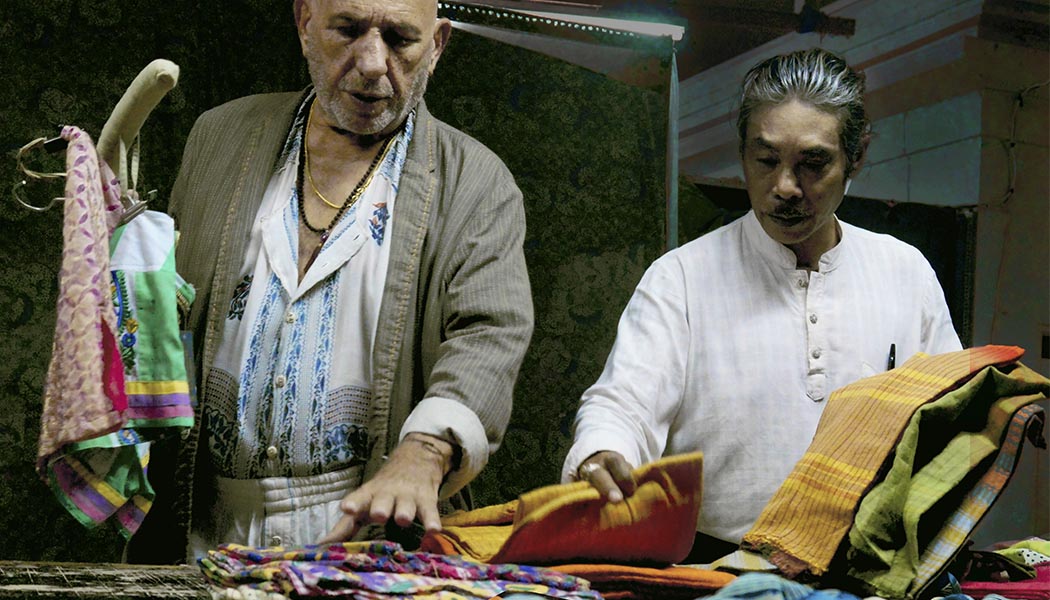 Each Paul Ropp garment starts with fabric sourced from skilled weavers in India, who use techniques that have been passed down in their families and villages for generations. The fabrics are then brought to Bali where they are hand stitched and intricately embroidered. The results are one-of-a-kind, wearable pieces of art that can be cherished as heirloom treasures.

Paul also works closely with his team to ensure that nothing goes to waste in the factory. Every leftover scrap of fabric, string or bead is used to create something new from bags and belts to jewellery, footwear, accessories and homewares.

You would think that with over 40 years in the business, Paul might be considering retirement, but he is still very much in the game. “I am hands-on from the beginning to the end. I oversee production, design, and the creation of the embroidery, and am involved in every aspect, from creation to the point the product is released to our customers.

“Now we are entering a process of working with my youngest daughter Sayang Ropp. Hopefully this will allow me to be a better father, a better boss and a better leader for the brand.” When asked about what we can expect from the brand in the future, Paul says, “Better today than yesterday, better tomorrow than today, better and better in every way.”