Tony Stanton talks to Lewis Stewart about breaking bones on the motocross track. And other adventures. Photos by Arief Budiatna.

OK Lewis, motocross … go! No seriously, when did it start and how long have you been involved in the scene?

I have been involved in motocross and racing since high school. Professionally since the age of 16. I’ve raced in Canada, Thailand, Japan, Malaysia, Australia, America . . . but now Indonesia is home and I am very happy here.

We hear you’re something of a champ?

I have been lucky enough to be winning here in Indonesia for the past few years. It was very hard at first because like all foreigners it was a culture shock and also there were many things to learn with the way of living here. Training, diet, travel, you name it. There’s many things about Indonesia that are different when it comes to motocross racing, so of course it took me a while to figure out how things are done here.

No doubt you’ve had a few spills … how many bones have you broken? What’s your worst crash story?

Injuries are for sure the hardest part of this sport and being a professional motocross racer I’ve had my share. There are too many broken bones to list but I would say back in Australia when I was 14 years old I tore my spleen and that was very scary. Also when I was 15 I broke both my legs at the same time and both bones. That was a hard time for sure.

How old were you when you got into the sport?

Started racing when I was 12 on a CR 80. In motocross terms that’s actually late. Most kids start when they are five years old ha. 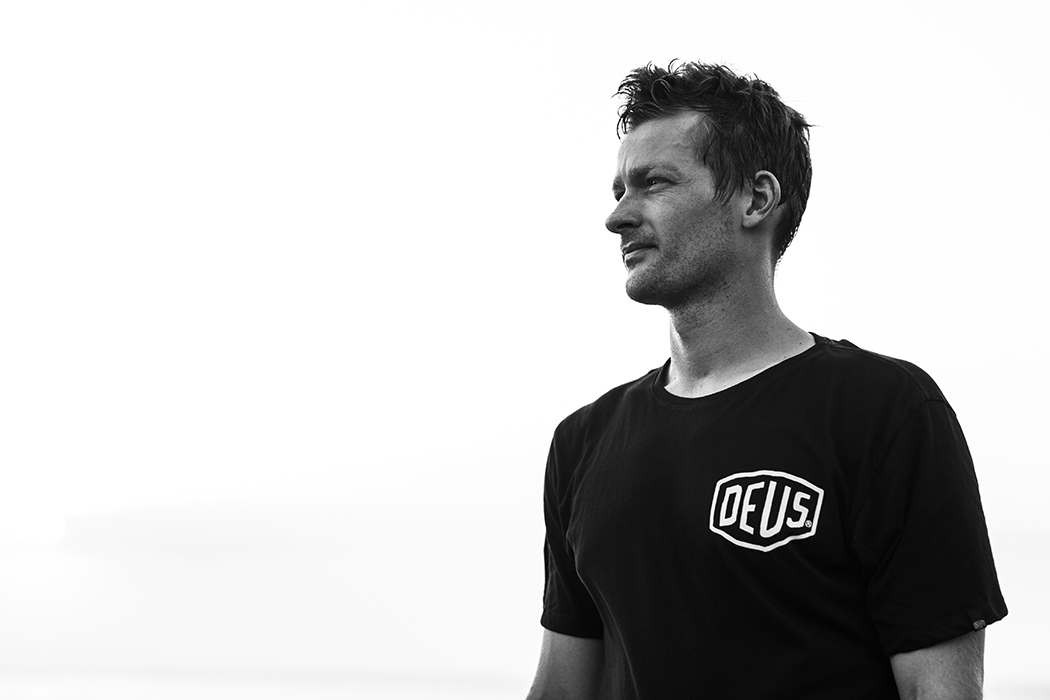 Is it expensive to start?

It’s very expensive and my parents and family struggled a lot before I had my factory rides and support. I have seen both sides.

It’s every schoolboy’s dream to be a sponsored motocross racer, right? How does that work?

Sure. It was my dream since the first day I started. It’s not for everyone though. It’s a lot of work behind the scenes that most people don’t see or understand. Being a professional racer is just like any other job. It’s work. Hard work . . . and something that consumes your whole life. You must have the will to do the work required to succeed.

We see there are a few notable youngsters coming up here . . . including Kelana Humphrey. What’s his chances of making it do you reckon?

Yes for sure Kelana and the sport of motocross in Indonesia seem promising. These kids are the real deal and I see a future for them professionaly as long as they are willing to put the hours in. Kelana is already so fast at such a young age. Also the rider I am currently working with right now, Delvintor. He moves to Mx2 next year and will join me and all the Mx2 guys. He’s going to surprise a lot of people.

Is there money in the game?

Yep, there’s money to it! 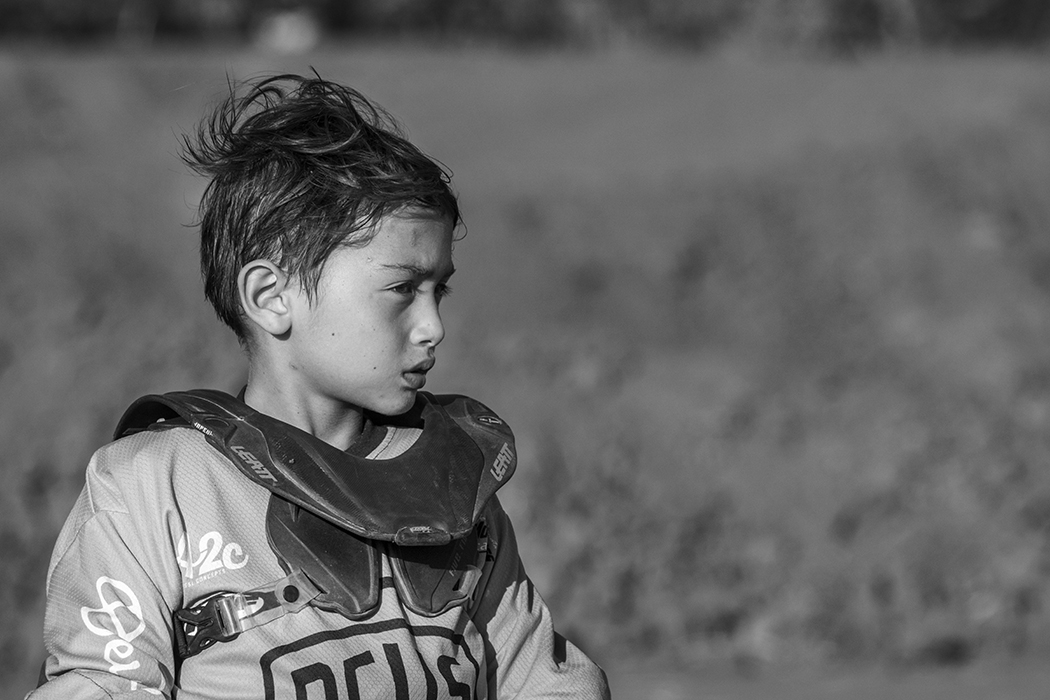 Tell us about the new Tibah MX Park track? Where else do you race?

I train at Tibah. I think it’s one of the best tracks in the country and has something for all skill levels and riders.

What’s the standard like here compared to say, Australia?

Indonesia is not on the same level as Australia. But the riders are getting better fast and the standard is heading up!

Those gnarly Husqvarna bikes rock … but man they’re not cheap! Should we buy a KLX instead?

Ha for sure Husqvarna is at the top of the chain when it comes to a motocross bike. For the people that are just getting into Mx the KLX is an option. Once the rider gets better though you need a real motocross bike.

I don’t have a best track I have raced on as there are so many. But I did just get back from Sugo Japan and that track was gnarly. Loved it. I love a rutted track or sand. We don’t see much of that in Indonesia. 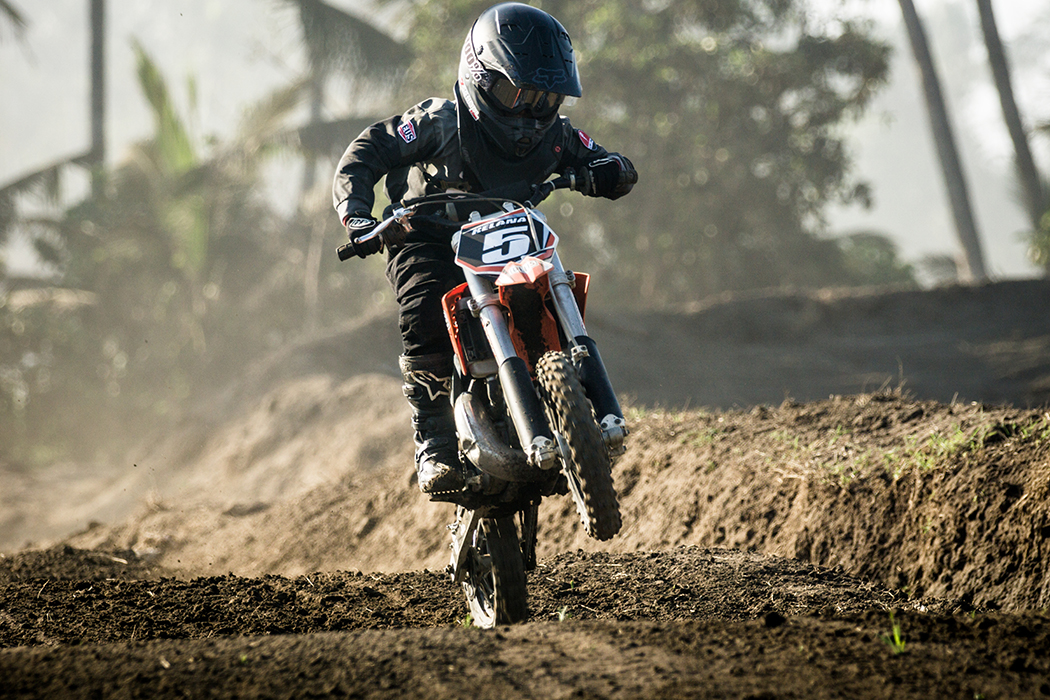 What’s the best piece of motocross advice you’ve ever been given?

My parents taught me to have grit and work hard in life. I use this most days when I am training or racing.

What do you do when you’re not on a bike?

Enjoy life! This is Bali. It’s a beautiful place. And Indonesia is a special country . . . there are things you can experience and see here that just don’t exist elsewhere. I love it.