Mokoh For The House of Mondo 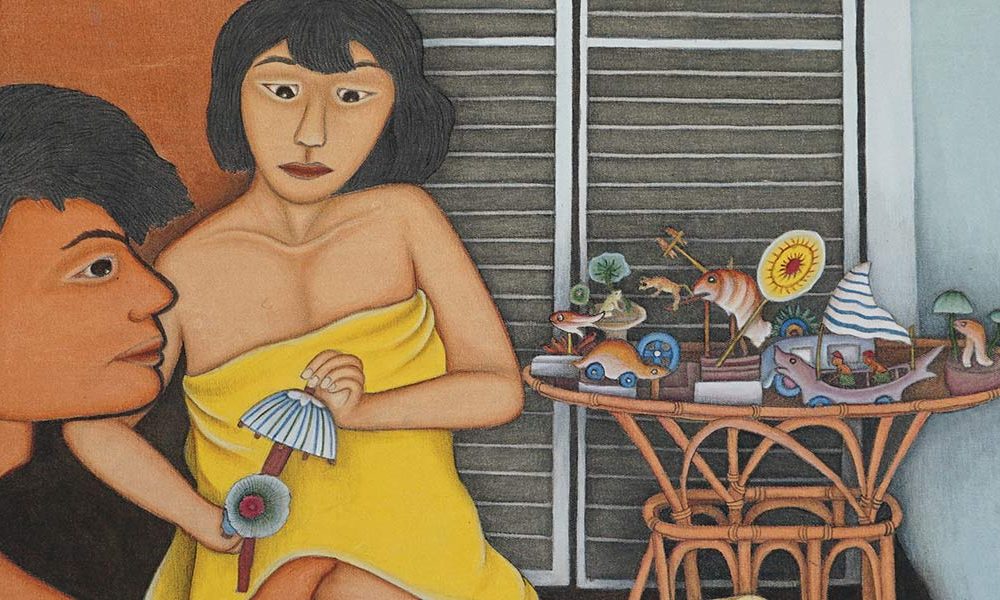 The works of celebrated Balinese artist Mokoh appear in an exhibition at Ubud’s Titian Art Space until September 9th. 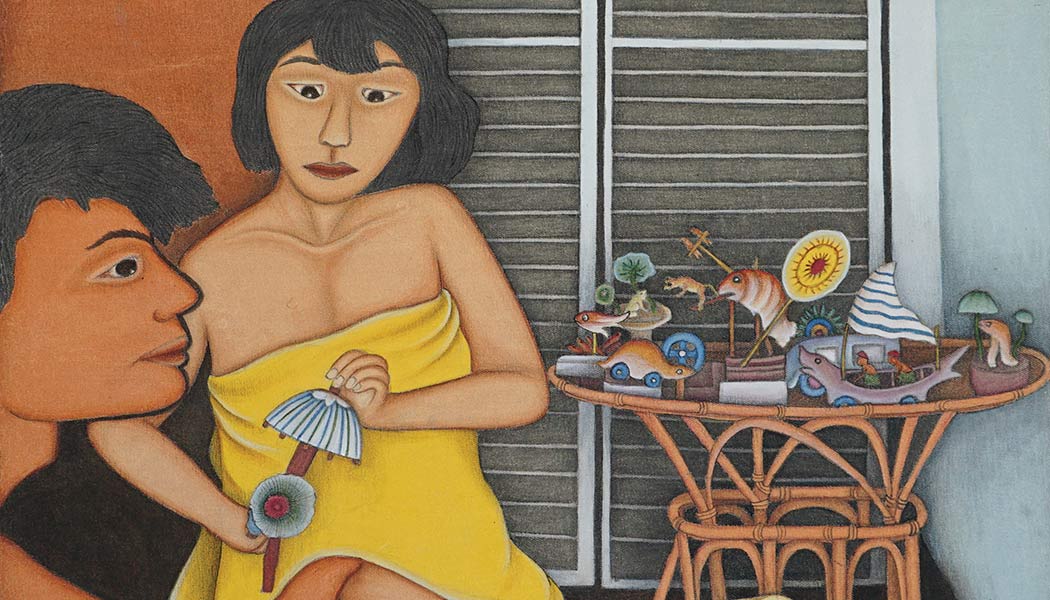 Mokoh, born I Dewa Putu Mokoh (1936 – 2010), was the eldest of six children of a traditional Balinese architect and builder in Pengosekan, on the outskirts of Ubud. He completed only three years of primary school and began to learn painting at age 15 from his uncle, I Gusti Ketut Kobot, a master painter from his village.

Mokoh was an accomplished artist in his own right, before meeting Mondo, an Italian artist who had come to Bali to learn the Pengosekan style of painting. While others were busy painting narratives from the Indian epics (Mahabharata and Ramayana), Mokoh, who had a keen eye for ordinary human experiences, developed a painting style focused on the visual representation of raw human conditions and experiences. He is known for his gentleness and simplicity of colors and shapes as well as for clean uncluttered composition. 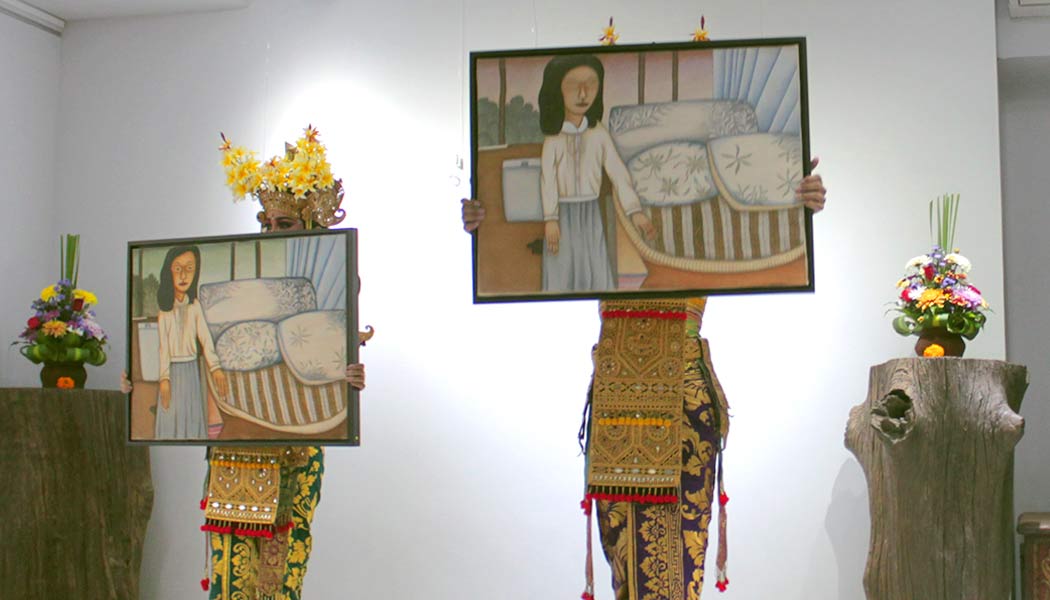 All of the paintings in this exhibition are based on photos that were given to Mokoh by Mondo for inspiration. Periodically, Mondo would provide Mokoh with three photos to choose from, and Mokoh would select one and create a painting from it.

Over the period of 1990 to 1992, Mondo showed Mokoh at least 70 photos. During this period Mokoh created 22 paintings for the House of Mondo.

This unique interchange with Mondo provoked Mokoh to observe foreign cultures and to work on different subject matter that would otherwise not be possible, given cultural and social constraints and the inability to travel abroad. One of these topics was eroticism, which was taboo in Balinese society or at least something that you would not depict in a painting or drawing for public view. 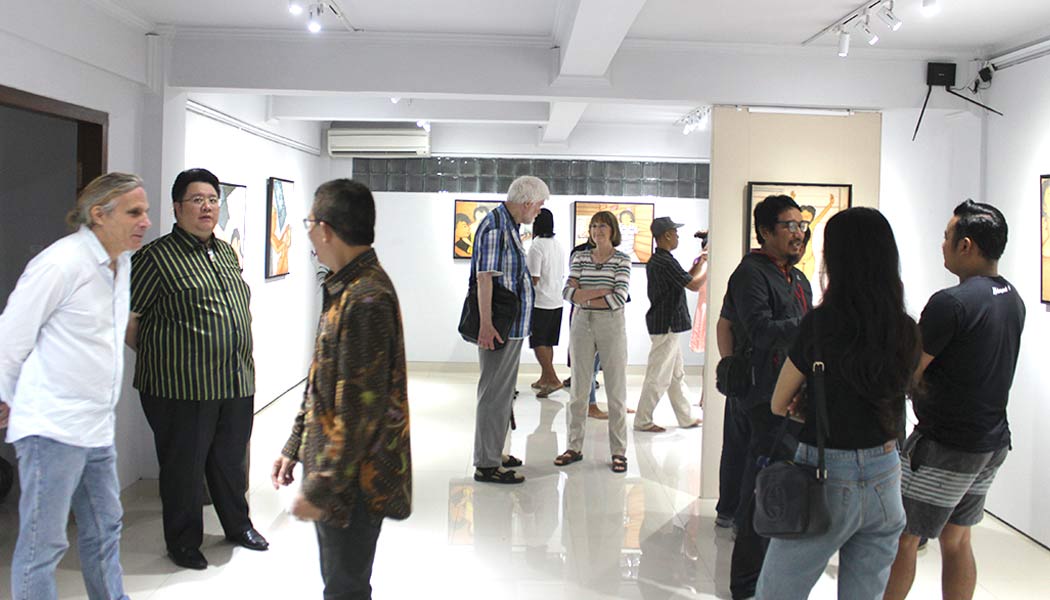 Mokoh was not a realist painter, so he distilled the experiences he observed in Mondo’s photos (taken by Mondo during his travels in Southeast Asia, primarily in Thailand), and created his own visual representations using the traditional techniques of the Pengosekan school of painting coupled with the contemporary visual arts framework that he had learned from Rudolf Bonnet (1895 – 1978), the Dutch painter who lived in Bali from 1929 to 1957. 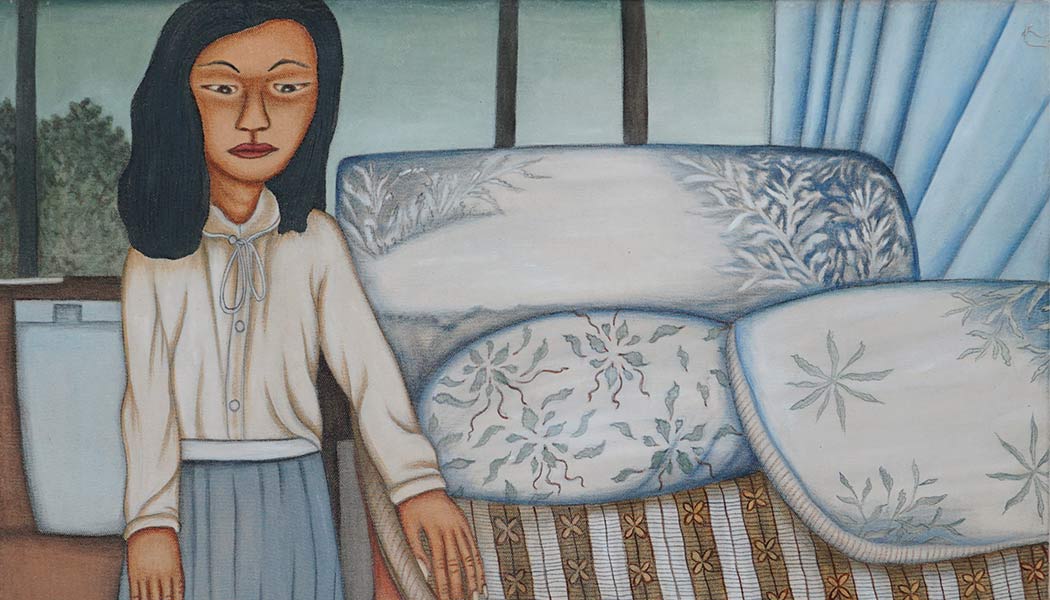