Stefan Sagmeister has won every award there is in graphic design. For part of the year, he lives in Bali.

Stefan, begin the begin.
I’m Austrian, living in New York City 18 years now and I run a small company that I opened in 1993 to design for the music industry. The idea was to combine the true loves of my life, design and music.

When did you actually start designing?
When I was 14 or 15, working and writing for a liberal magazine in Austria. I discovered I actually liked doing the layouts rather than the writing, so I started designing. At the same time I was in a terrible band. 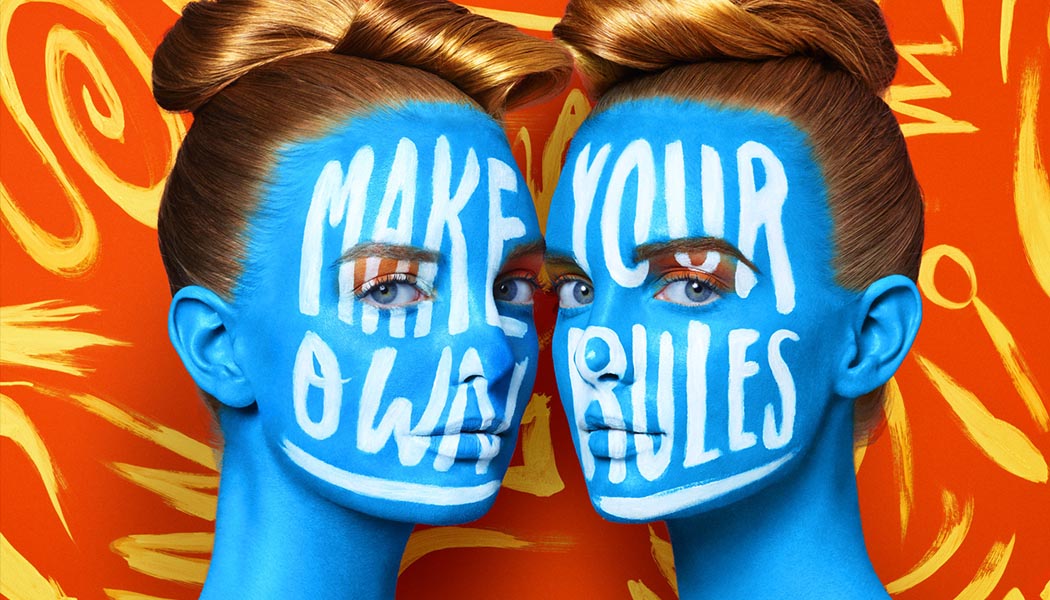 So you’re a musician as well?
I wouldn’t call it that, but through music I got interested in album covers and studied at the University of Fine Art in Vienna. Then I studied for a Master’s degree at Pratt Institute.

Are there awards given out in your field, as in the Oscars and such?
Way too many and I have them all. Grammy music awards, the National Design Award for the U.S. – which is the biggest there is – Gold medals, all of it. The first award is fantastic and I made a big stink of it, now that we have won hundreds, ah, it’s nice to be recognized by your peers, but there’s a danger in it, you start designing for other designers. 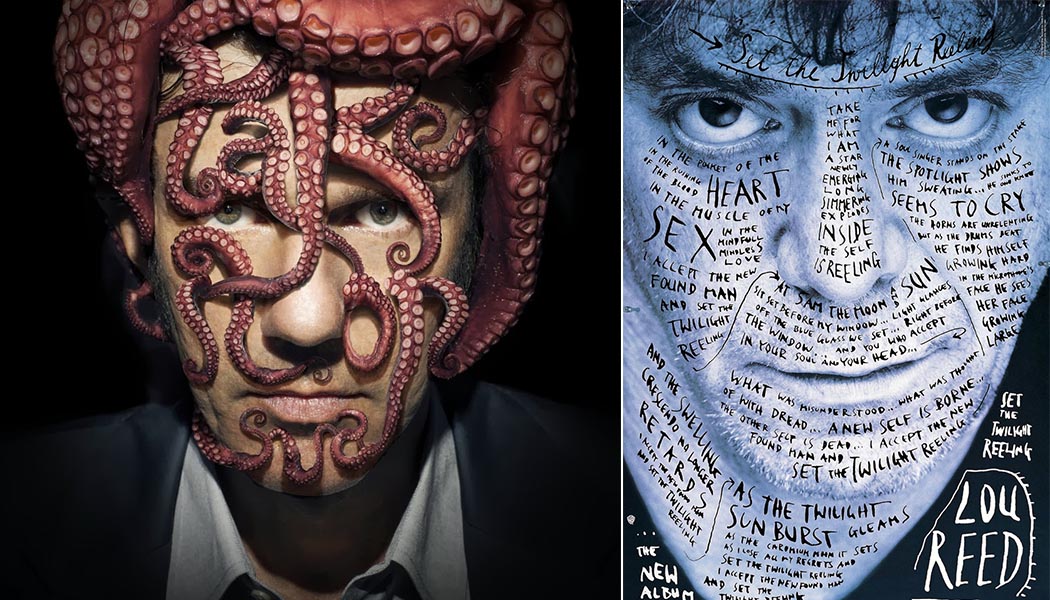 Do you keep your studio small on purpose?
Yes. The job really starts by picking the clients and over the years it has become well known, so we can pick and choose. I was very influenced by my mentor, a Hungarian designer by the name of Tibor Kalman. He would only work with clients more intelligent than himself. It makes life unbelievably interesting, because in every meeting you learn something. If you have disagreements, you’re having disagreements with smart people. By and large intelligent people are in charge of intelligent projects. When I break that rule and work with somebody who is stupid, it’s extremely aggravating. 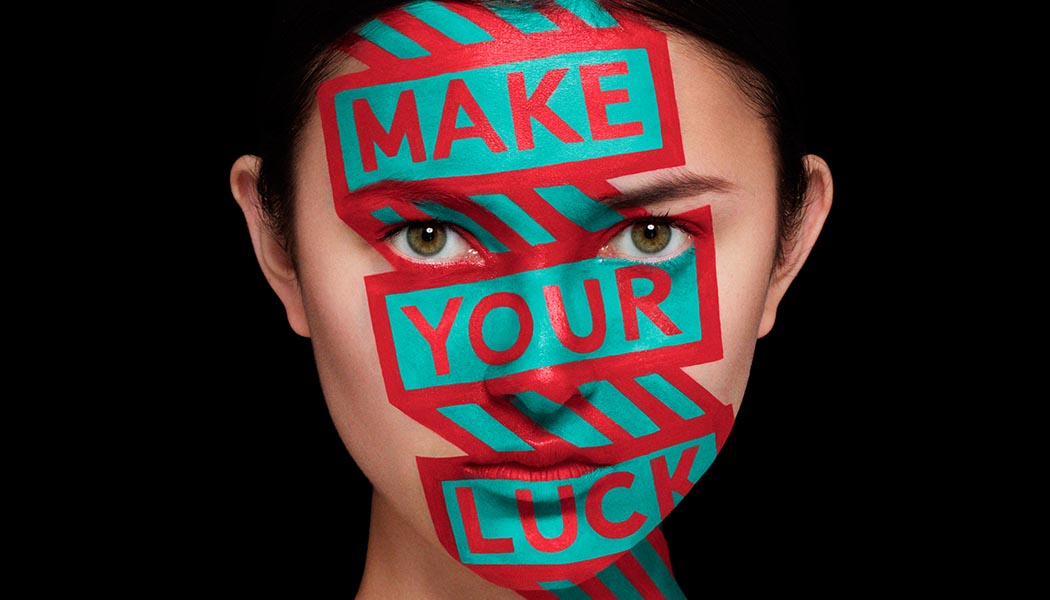 Well, as I always say, you can’t tell somebody who is stupid that they’re stupid. After all is said and done, the only thing that remains is knowledge, so point taken. What are the projects you’re working on as now, as opposed to earlier ones. What’s the difference in progression?
We used to design mostly work for the music industry and designed many, many projects for bands that you have never heard of and some for bands that you have. With visuals becoming less important in music over the last decade, music videos have lost much of their power and CD covers now play a sharply less significant role. Electronic files need no physical packaging, so it was a bit of good luck that I had grown bored with visualizing music and had moved the studio into a different space a couple of years prior the near collapse of the industry. 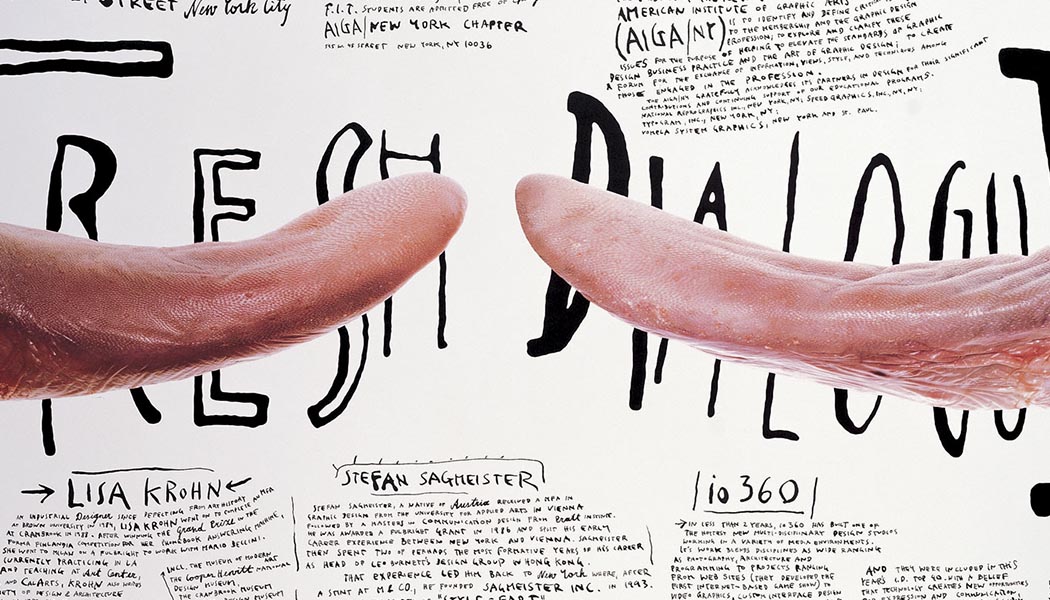 We are currently working in three different directions: self-instigated projects, the largest of which right now is a documentary film on my own happiness. It’s a proper look at what serious psychologists recommend to improve wellbeing, including meditation, cognitive therapy and physiological drugs. I will try them all out and report back the results. The film will be visually driven and will be released in theaters in the fall of 2012. The second big strand is work for the cultural industry, including identities for museums, art books and the like. The third field is blatant commercial work for large and socially conscience corporations. Currently we are working on a program for the Portuguese electricity utility. They are a wonderful organization, being able to deliver 65 percent renewable energy for Portugal right now. In comparison, Obama talks about 20 percent renewable energy for the U.S.A. in 2020. 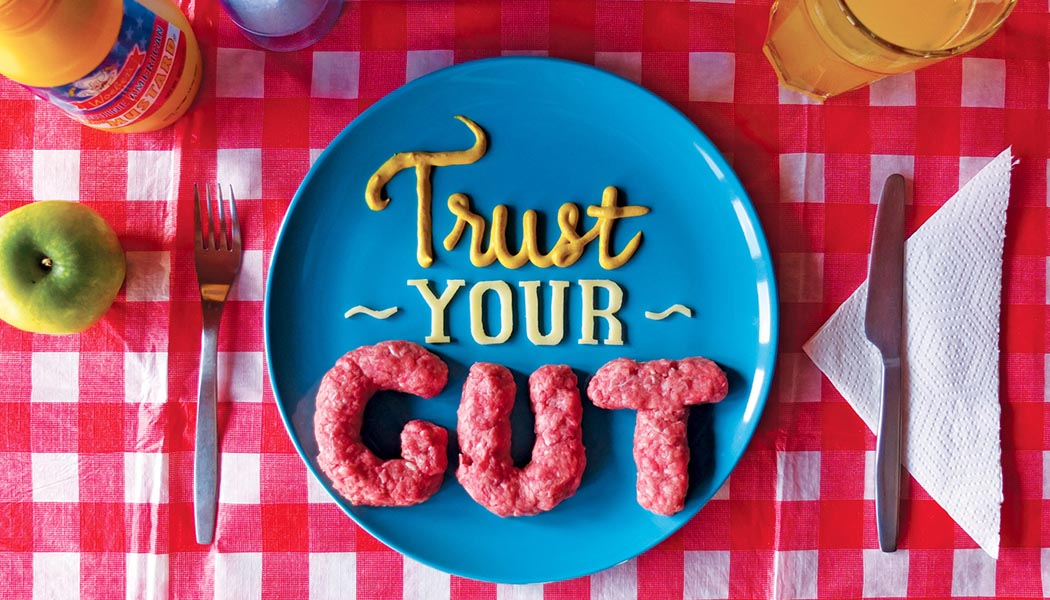 You’ve spent time in Bali, how has that influenced your work?
I was here for a year during my sabbatical in 2008 and I went back for three months to complete one chapter of a documentary film. The Bali influence on our work has been incredible, and this was one of the main reasons to come here in the first place. I wanted to be influenced. In the first year we designed a whole lot of projects outside our regular comfort zone, mostly prototypes for graphic furniture as well architectural ideas. The furniture was really designed for my own studio in New York and in the meantime has gotten some notoriety. A couple of the pieces will be shown at the Muse D’Art Decorative in the Louvre in Paris and some others in Moscow, Beijing, Europe and the U.S.A. 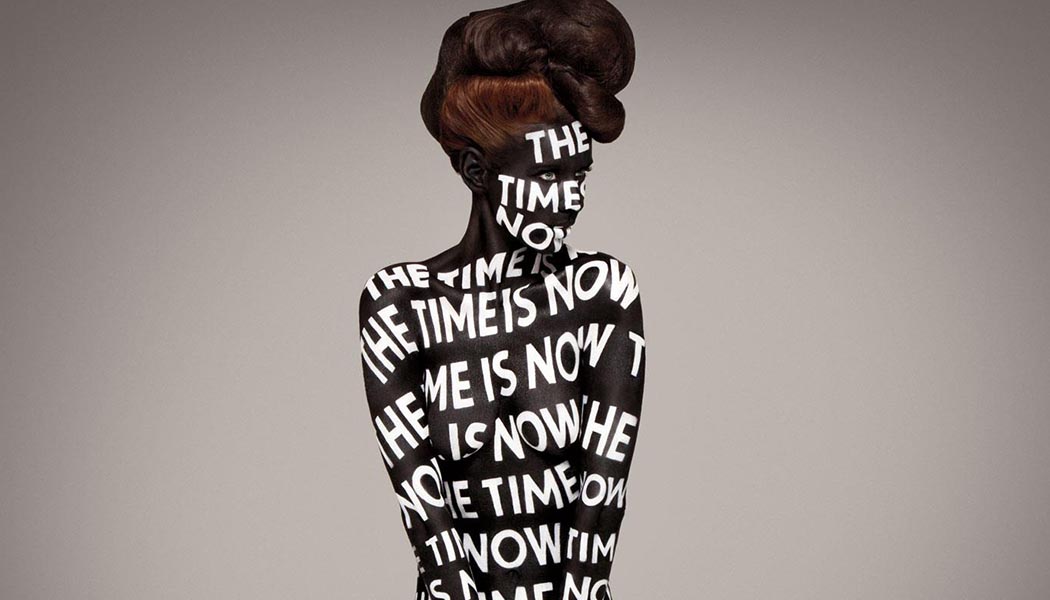 What is the difference in energy here as opposed to New York?
You know the feeling you have in your gut, much the same as when you go apartment hunting: one place feels so much better than the others, even though you cannot really describe why that is so. I have had that feeling about a city or country twice in my life. Once when I visited New York and the other time when I first came to Bali about 20 years ago, so even though the two places could not be more different from each other, in a wonderful way they are the perfect accomplices, yin and yang – black and white in terms of the possibilities in how to live. I love them both. 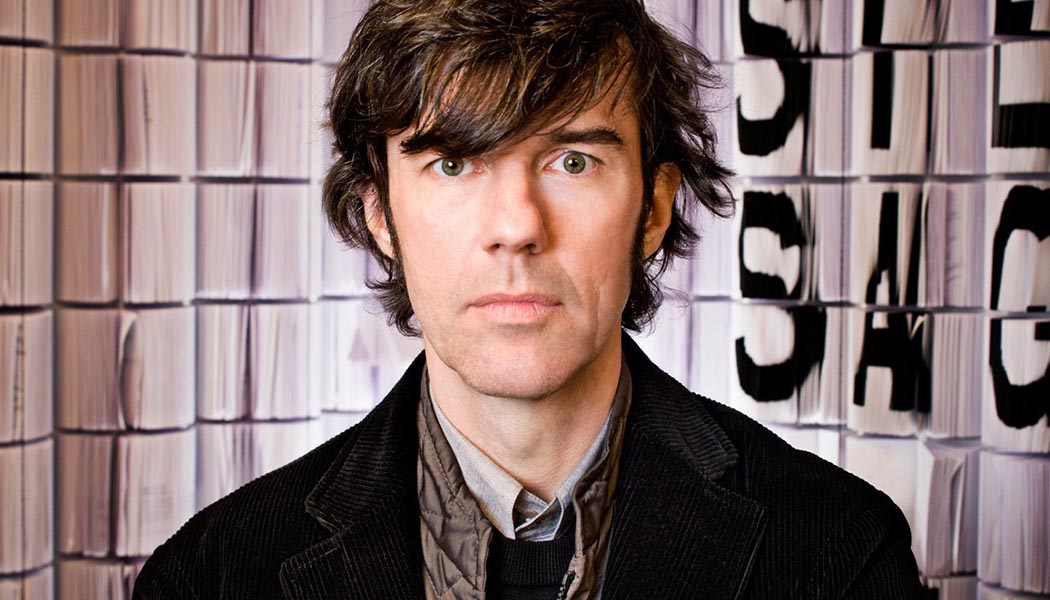 When you leave New York, do you leave New York behind, work-wise? Do you work on projects from here for there?
I have a fantastic team working in the studio in New York and they run it rather well. I try to keep phone calls to an absolute minimum (successfully I’ve had only two phone calls in the last three months) and do all my emailing in one single session, typically about two hours every day. The rest of the time I am really present i and don’t think much about elsewhere. 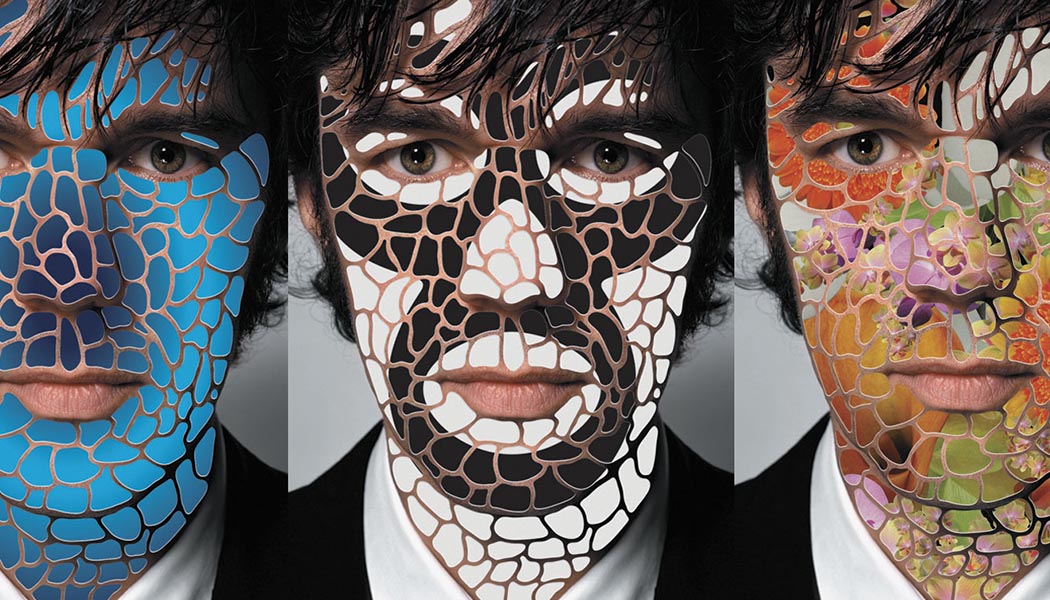 How do you go about inspiration, having ideas?
The process I’ve been using most often has been described by Maltese philosopher, Edward De Bono, who suggests starting to think about an idea for a particular project by taking a random object as point of departure. Say I have to design a pen using this system. I might look around the hotel room where I’m staying for random objects, like a bedspread. Ok, hotel bedspreads are…sticky. So would it be possible to design a pen that is thermo sensitive, so it changes colours where I touch it? Yes, that could be nice. An all black pen that becomes yellow on the touching point of fingers, hands…not so bad…considering it took me all of 30 seconds. Of course, the reason this works is because De Bono’s method forces the brain to start out at a new and different point, preventing it from falling into a familiar groove it has formed before. 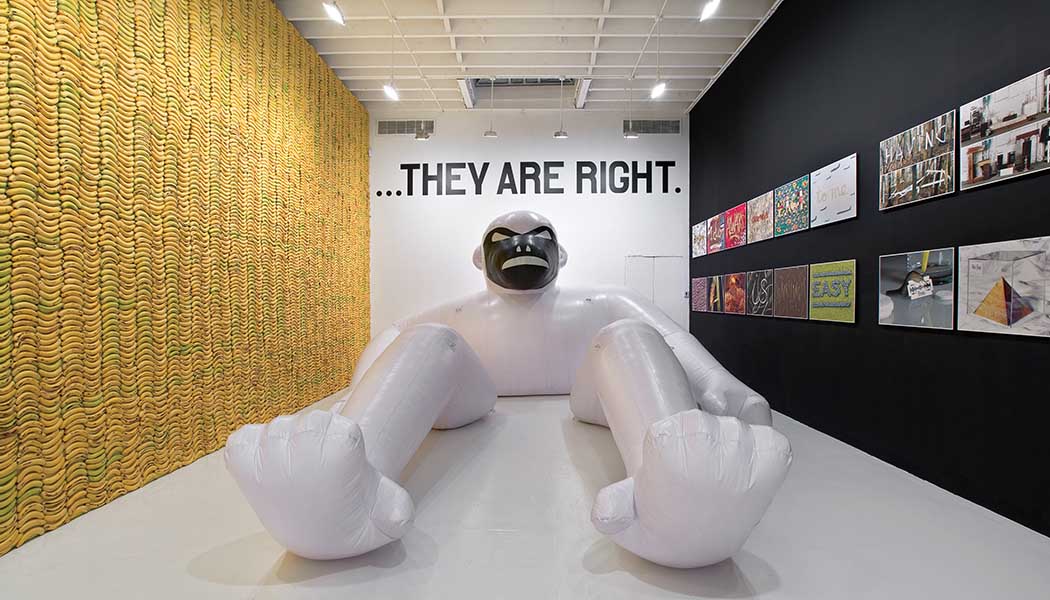 What about the difference of design as opposed to art?
I could say the difference is functionality. There was a nice quote from the American artist Donald Judd, who said design that has to work out does not work. Meaning every design at its core has to have function. If I design a chair and I push it and I push it to the form so much that I can’t really sit on it anymore, then it immediately becomes a sculpture. Then I could say, is it a good sculpture? At this point many of these things are terrible sculptures. In my case, that’s fine, my company’s work comes quite close to the world of fine art. 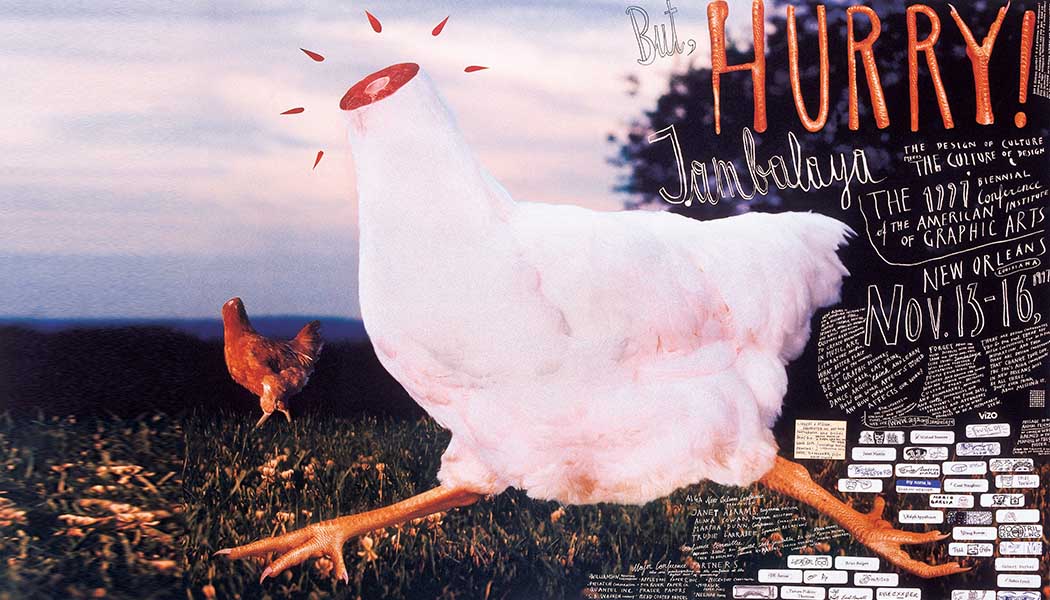 Finally, would you give a little push to our budding designers in Bali?
Start as early as you possibly can. Work your ass off, do work that is close to your heart, that you feel has a relationship to your life, and push it as far as you possibly can.

Wise words Stefan, thanks.
My pleasure.