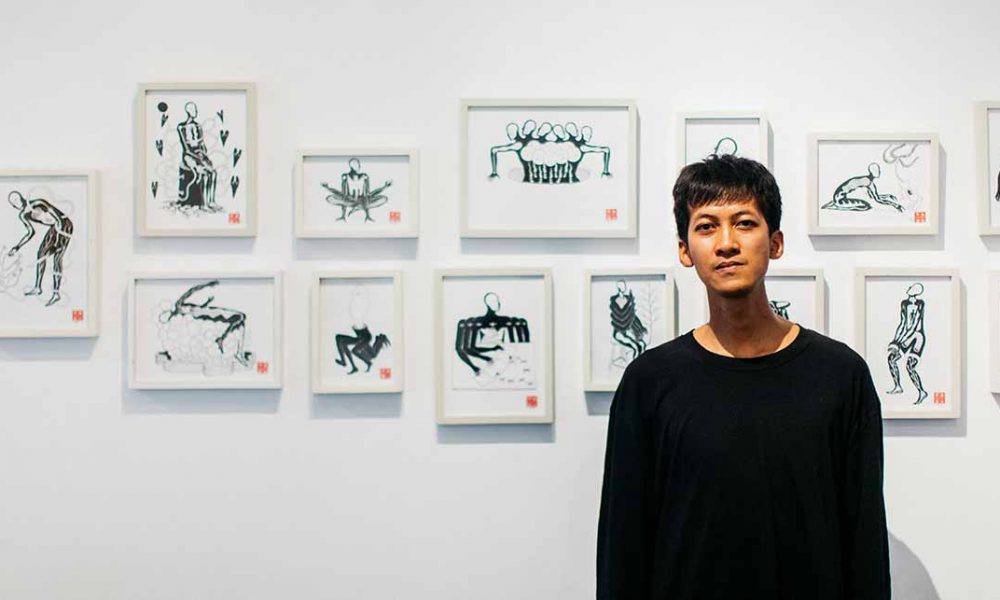 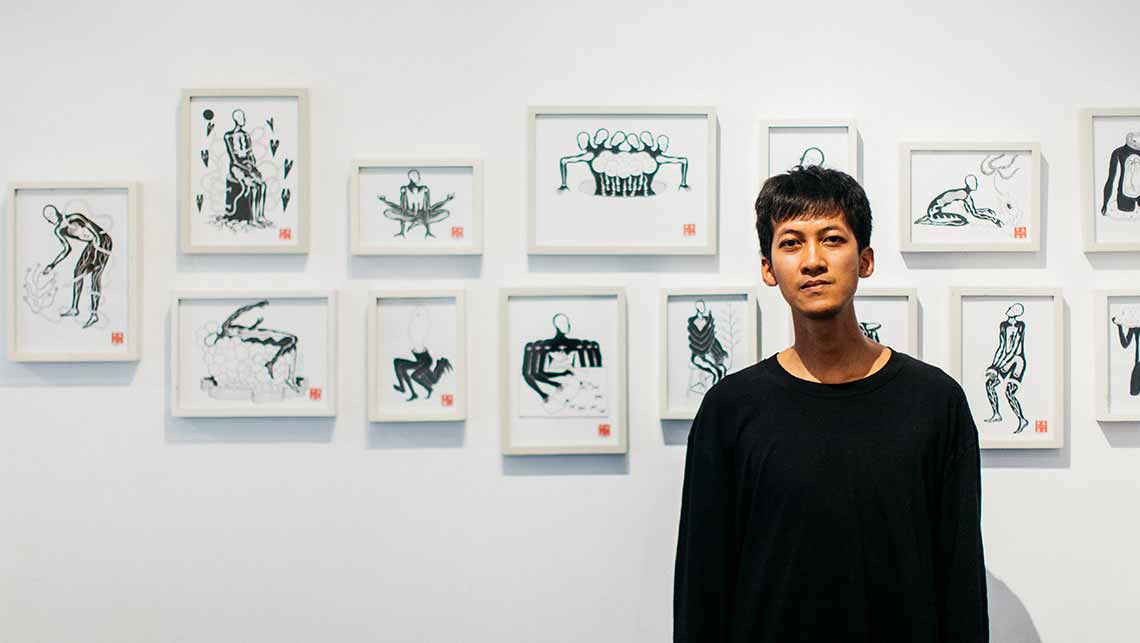 Art has always been Agugn’s way of dealing with his demons.[His ‘brand’ name if you will is a play on the ubiquitous ‘Agung’.] A cathartic process where he gets to lay bare his fears and insecurities and exorcize them through equal measures of embracing and compelling it to be reborn into something new.

We meet on a Sunday morning, the café is crowded, the coffee is strong and flavoursome and Agugn looks fresh and well slept. He’s been on a mini holiday of sorts in Canggu with Sekar Puti, his wife, and their children and given that he’s just opened an exhibition at the Deus Temple of Enthusiasm and with the biggest exhibition of his life just around the calendar corner, he looks incredibly well-rested and focused. One thing he doesn’t look like is your normal rebel, the self-proclaimed black sheep of his family, but in front of me sits a guy who reset his entire family’s set of ideals, so perhaps radicals really do come in all shapes and sizes.

Agung Prabowo was born in Bandung West Java in 1985. The son of strict Muslim parents wasn’t the ideal setting for an artist to grow up in. For one thing, a lot of things were forbidden to him, things many take for granted like drawing the human form, or the form of some animal, even some flowers, all of them were things his parents sought to put a stop to. They were pushing water uphill though because he couldn’t stop drawing any more than we can stop day turning to night and back again and while they could never understand what his art was or if and how he was ever going to make enough to feed himself and his family, at the end of the day they loved him and decided to accept who he is and what he does. 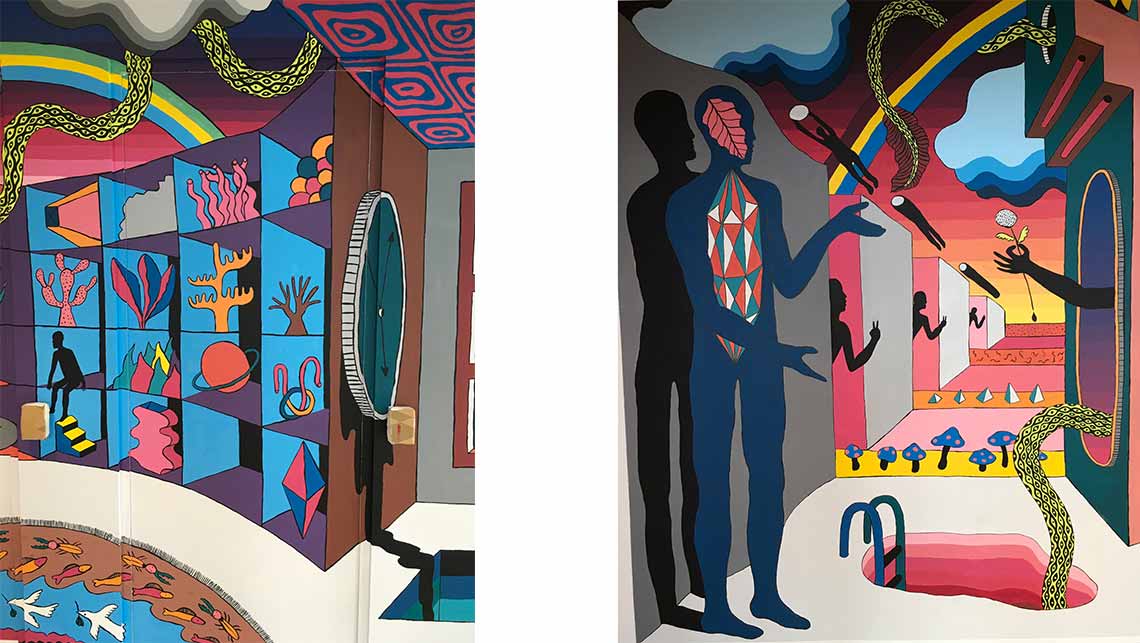 We begin to talk. About growing up where Agugn shared a bunk bed with his brother. Being the elder son, Agugn got the top bed. Drawing was already his mate, muse and constant companion. He took to sticking his art up onto the walls beside his bed and over a period of time he covered first the wall and when that was chock full he took to covering the ceiling above the bed, effectively creating a cocoon of his imagery. An immersive experience, a space where he fell asleep and then woke again. 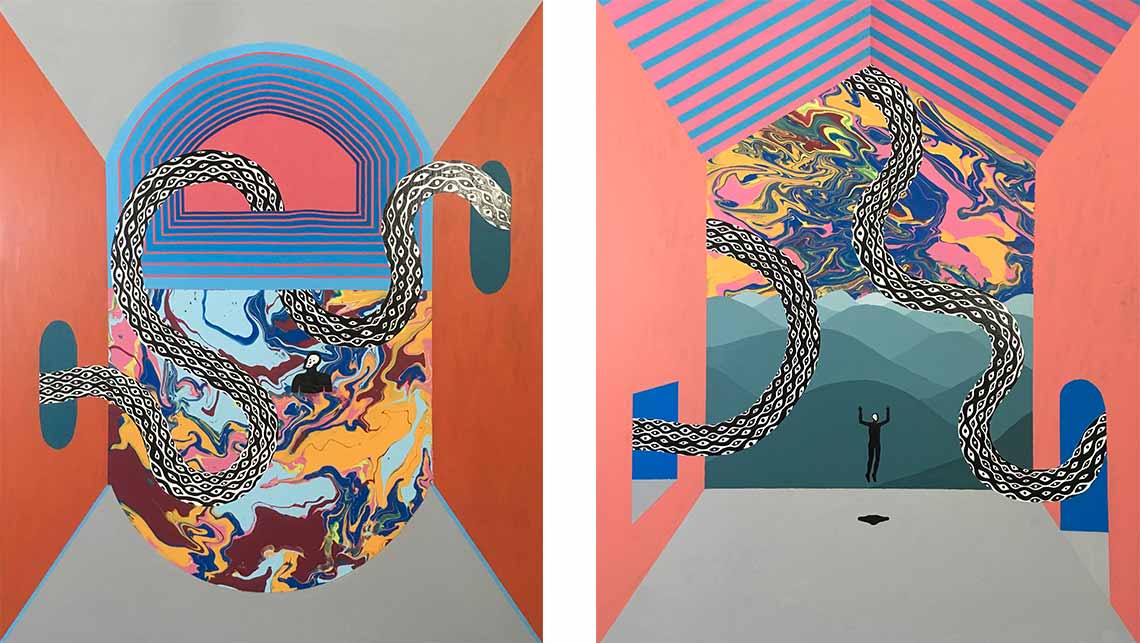 While he graduated college in 2010 Agugn didn’t go all bull at the gate when it came to holding his first solo exhibition, rather he invested a big chunk of time into honing his craft. He researched the various processes and techniques, especially of printmaking and paper making. He was in a couple of group shows but it wasn’t until 2013 that he held his first solo exhibition.

‘Natural Mystic’ was the name of that show and like all of his work, it explored a fear of his. One that was tremendously significant at the time. The fear of childbirth, the fear of becoming a parent for the very first time. All of us who are parents have felt the angst and anxiety that accompanies the firstborn. The fear of someone completely and utterly relying on you and of course the fear of failing that person. Agugn uses his art to put it all of it out there, staking it flat and exposing it for all to see. The exhibition opened in Yogyakarta but subsequently was shown in Solo and in Bali. 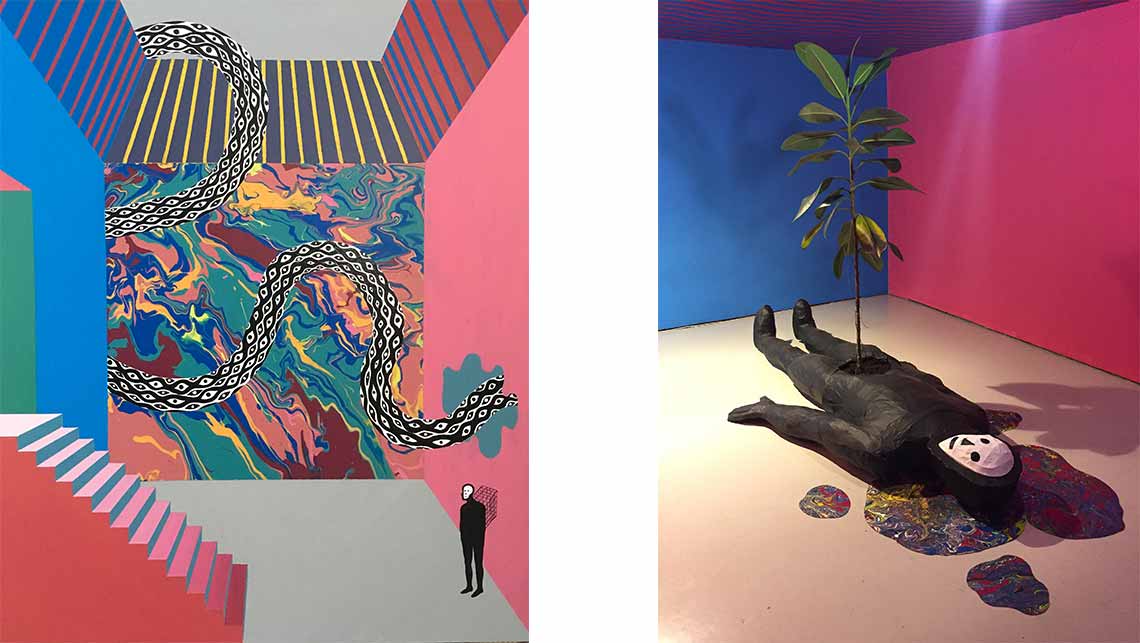 In 2012 Agugn had something of a Eureka moment when he showed the early versions of a character he has since become synonymous with. Based heavily on the Indonesian ‘Wayang’, a form of puppet theatre art found in Indonesia, wherein a dramatic story is communicated through shadows thrown by puppets. Agugn chose to use a similar language in these new silhouette figures. The outline tells a story where they dance about or are in emotive states but when you look inside you see their distinctions, flaws, and traits through his depiction of different internal organs or bones, ideals through which he hopes to reflect not only the different elements of fragility within the human body but also to expose the fears from their minds and souls.

Over the next few years Agugn continued to work on his techniques and as his work matured and refined so did the interest in his work and the frequency of both solo and group exhibitions. 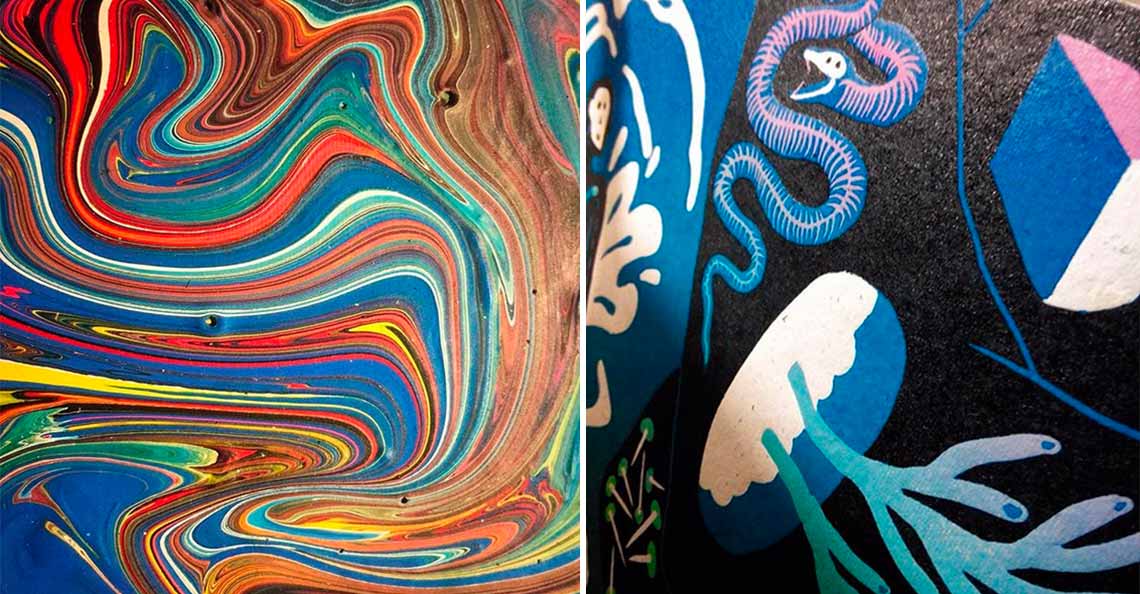 Jakarta, Bandung, and around the world, specifically, New York, Paris, Tokyo, Singapore, Sydney, and Manila. He’d also overcome a major hurdle during this period. The woodcut printing he’d started off doing had little or no longevity. The tropical climate and the printing inks soaked into the MDF board he’d been carving causing it to swell and distort rendering it useless after just a few prints. You have to understand that there was no culture of Linocut in Indonesia up to this point, and it wasn’t until a friend from overseas gifted him some that he saw all the benefits of this material. He looked and asked around but the flat sheets of Lino substrate he needed to carve just were not available domestically. Until they were. He found them by accident in the workshop of a shoe manufacturer. 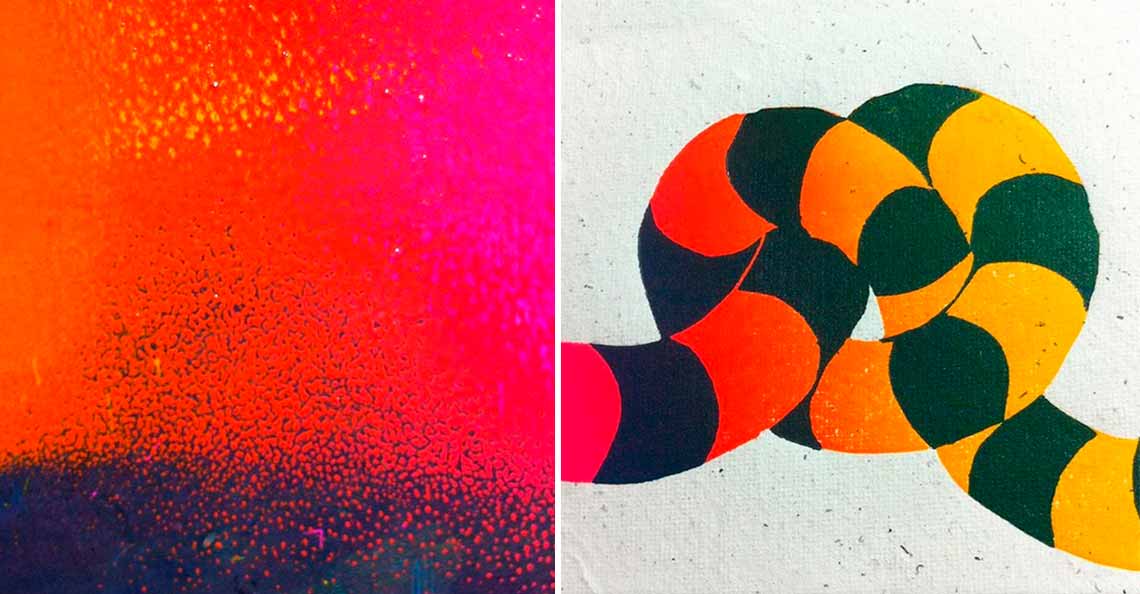 As with most artists, there are a lot of sketches and detail drawings created before Agugn commits his intentions to print. For him, the process of drawing is much more intimate. As with his figures, he seeks that one, or few, crucial strokes that deliver the movement and action that will communicate the feelings he is looking to instill in the final piece. With his figures, he also seeks to find that one flaw or fragility that resonates. Small wonder that these sketches end up being reworked multiple times before crystalizing to become a print. 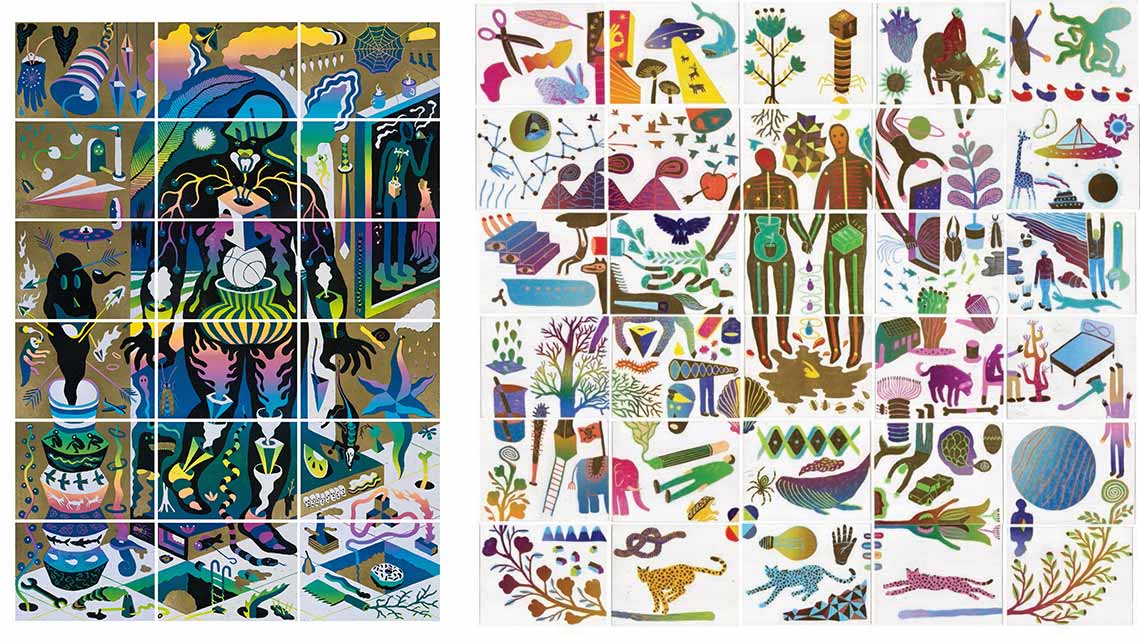 His long-held dream of creating an immersive piece, born from the bunk bed of his youth was finally realized in 2017 when Facebook Indonesia commissioned him to do a 14-metre long wall in their Jakarta headquarters. The experience left him satisfied but at the same time wanting more and as word leaked out he was offered, and took commission after commission, in restaurants, shopping malls, and hotels. Each one of them helping him to embrace his need to contain the awareness of the total space. 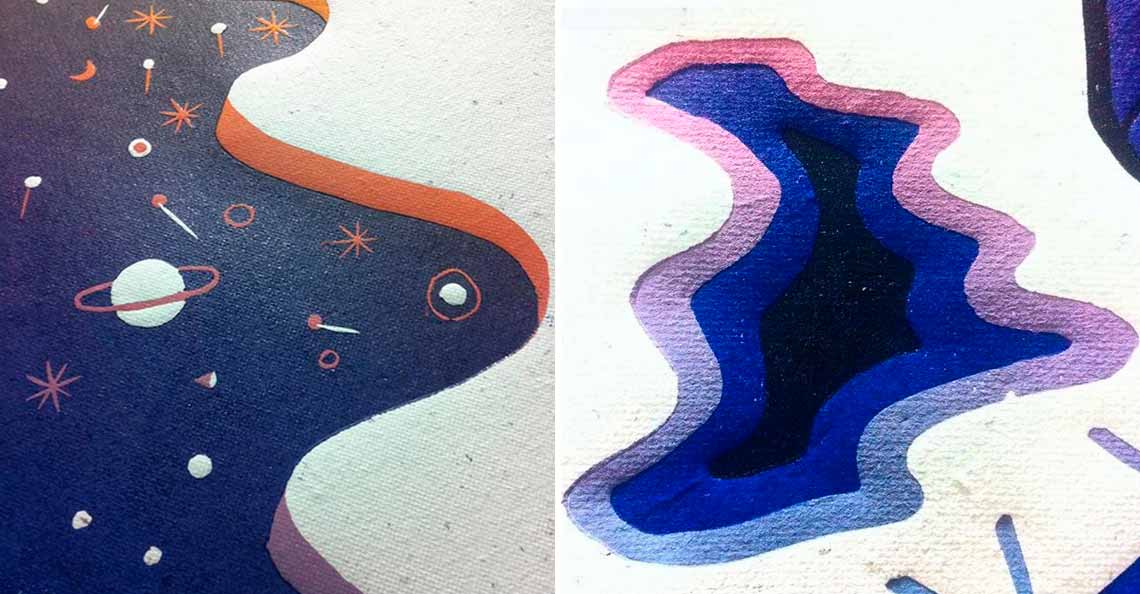 Always looking for that new experience and outlet, Agugn was stoked to be asked by the Indonesian heavy rock band Mooner to work on some pictures for them for some cover art. This led to him meeting an amazing young animator called Seeds. This led to a toe in the water moment where the two of them collaborated to bring two of his pictures to life as video clips for the band. Little did he know it would become the precursor to another immersive, but this time interactive piece, in Bali. 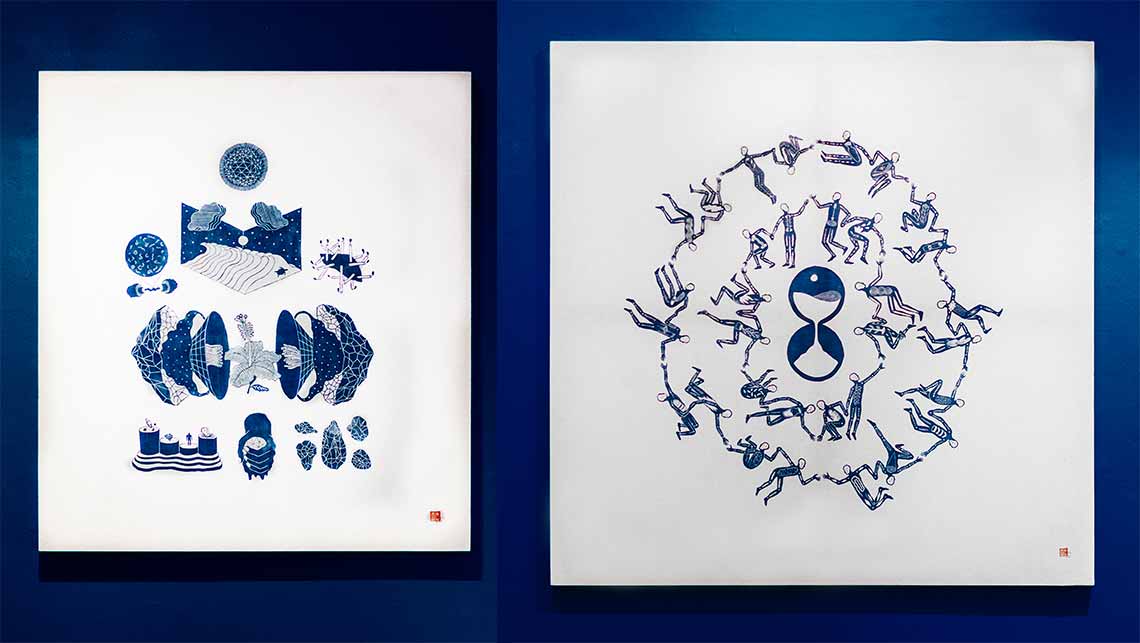 Bigger things are afoot. He has been asked by the city of Machida in Japan to hold a solo show at their Museum of Graphic Art as part of the 2020 Olympics. Machida is the host city for the Indonesian Olympic team and his will be one of the cultural offerings. 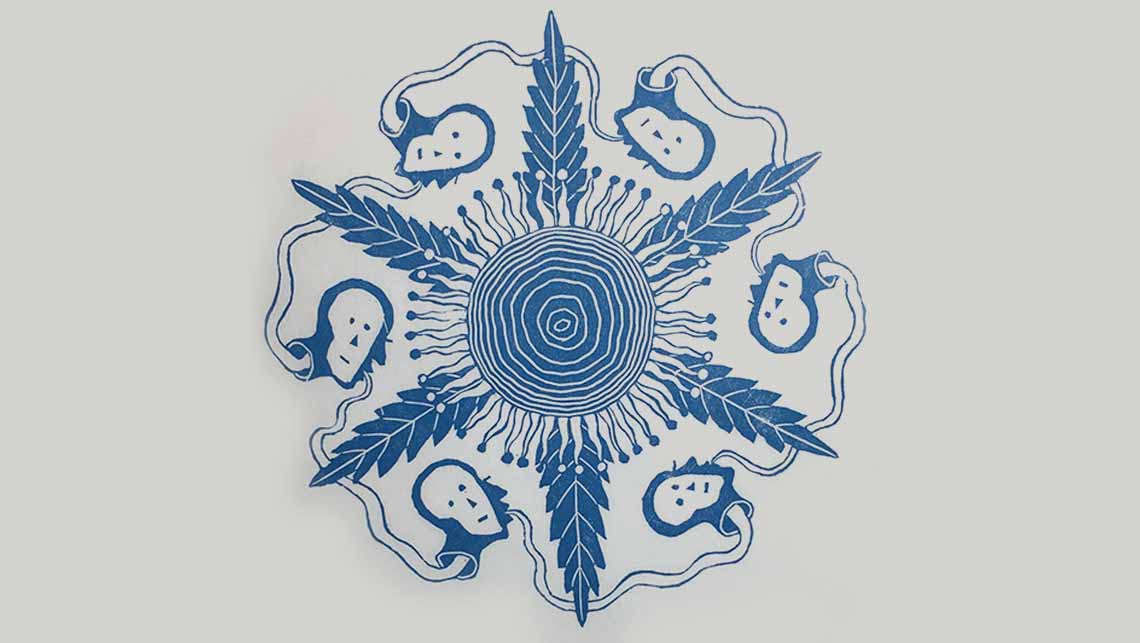 He went to Japan for the first time a few months ago. To get a feel for the place, research for the show which opens on the 10th of April. He, like a lot of us, held a certain Disneyeque idealistic view of Japan, until he got there. He’s since replaced this with a firsthand more realistic view of it. Upon arrival, he tells me it came across all wonderful and colourful but after a moment as he became atuned to it, he sensed darkness across all of it, a grey coating on things, a layer of depression over it all. You can tell he’s sensitive to this and many more of the energies, good and bad. And we are likely to get more than a peek into what he saw there with the Machida show. Until that time we can only hope to fall asleep and wake up in the dreams that inhabit Agugn’s other world, I just hope it’s not in his shadows.