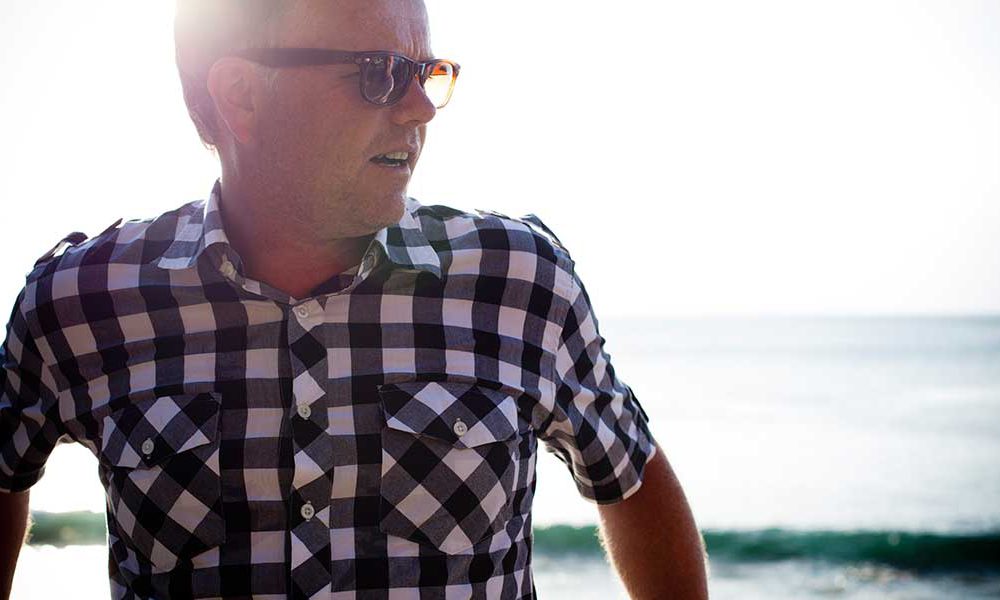 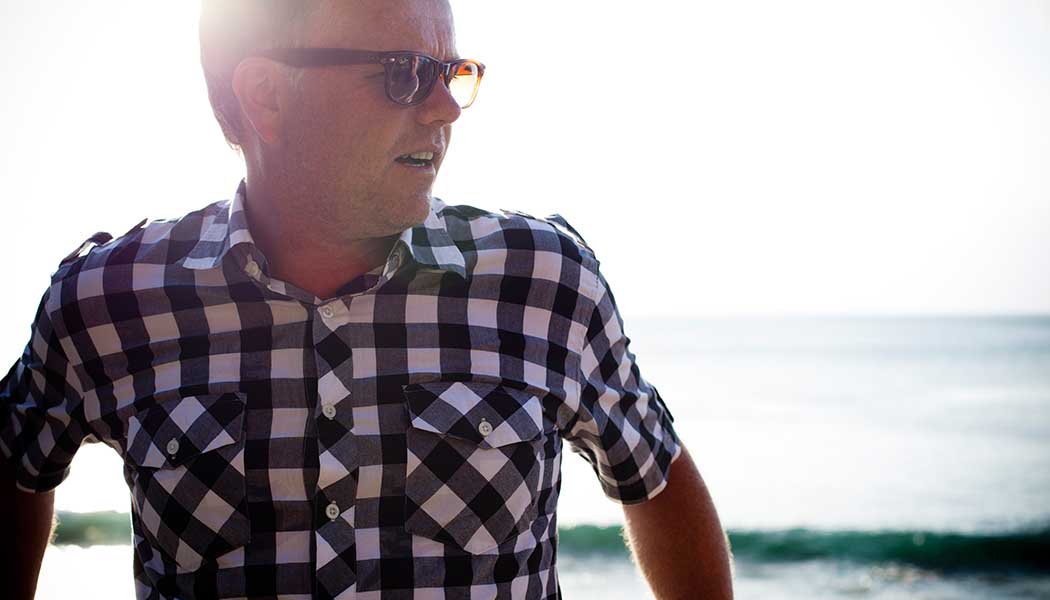 Martin East. DJ. Music man. Actor. And all round good geezer. He speaks to Salvador Bali.

I’m Martin East, age 44, born in London, moved to Bali 18 months ago. Before that I lived in Los Angeles for 12 years, left in a huff and a puff from one part of show business to another.

Getting ahead of yourself, more on the back track please.

I am from East London, and my name is a nom de plume, my real name is Brown – raised by my dad, a Scotsman, and his best friend was called East. I was quite bright in school and ahead of the class, so I skipped a lot of classes, ha, like three days a week, too boring for me. I lived in a blue-collar neighborhood and I got out of it by going to drama school, learning to be an actor, and landing some television work. I did some movies – I was in Titanic, which took me to Mexico and went to the premiere of the movie. I ended up on a television show called Babylon 5, sweating my nuts off in a prosthetic forehead for a couple of weeks in Sun Valley. I was 30-years-old at the time.

Any music in your background?

As a kid I did musicals – singing with the London Boy Singers – choir stuff. I had the bug but in my neighbourhood, in the ’70s, I quickly conformed to the expectations of my peers and played football and did manly things, so to speak – no acting or singing, picked it up again at seventeen.

Okay, let’s get out of London…

I moved to Los Angeles – it’s kind of weird there; it offers a kind of mirror to the self; confronting. I worked out why I was acting and had no passion for it. What was I interested in was the nightlife – clubs and dancing. I was always the first on the dance floor.

Needed a lot of attention?

(Laughs), yeah, exactly, went to a few parties and heard a few friends who were DJs, who were abysmal – so bad technically, but still making money. I didn’t want to become that kind of stereotype, but I didn’t want to be waiting tables either, so I gave it a go. I gave it a spin at a party for 80 bucks after learning my friend’s records. I had no real equipment so I got drunk and faked it. Someone came up to me at the end of the gig and asked me if I wanted to DJ in Barfly – which is a pretty big club on Sunset Boulevard. I did it, and then started playing Tuesday and Saturday nights, a happy accident.

You found your niche there – so how long have you been DJ since?

I’ve been DJ-ing 13 years – and loving it. There’s a whole culture around it. Back in the day everything was vinyl. I used to go to the record store every day and if they moved a record in the store I knew they’d moved it.

Things have moved on in the clubs since then…

Just before I came to Bali I had a lot of success in South Africa. I got into the tribal South African dance music. I played in the townships there and young black kids liked my music – lots of white people just don’t get it. It’s the most vibrant place I’ve ever played in – clubs in the back of people’s houses and other obscure venues. Every place I was told not to go, I ended up in and actually never felt safer in my life. They were so appreciative of the fact that you came to their community.

How did you end up on Bali?

I came for a gig at Oceans27 and then I went to look up an old associate that I worked with in Los Angeles – he was the GM at the Rock Bar where he did parties. We ended up chatting about what he had going on there – I had some really good ideas and we started to work together, and here we are.

I’m the exact opposite of that, I wanna make people dance to stuff they don’t know.

Not so much the record label but the groove? There are two kinds of DJs, in my opinion. There’s guys out there who go on the internet and download someone else’s chart – basically they’re playing someone else ideas. There’s the other kind of DJ who comes from the tradition of New York, who take people on a journey. Do you contribute to the music world?

Yeah, I have a record label based in Los Angeles and I’m working on a project here with another English guy, Chris Penn. We work with an Indonesian singer, Nia, and we have a song out which is already getting played in the UK and Australia.

How do you feel about the new school, as opposed to the old school, of music?

We’ve lost the art of being a curator…curators of music are gone. If I had a song now I could just give it to you…we could find a way to exchange a file and in that sense music, itself, has never been more alive. But the music business is dead. It deserves to be dead. It was based on music sales or sheet music, royalties, from a model from 1910, and still doing the same in the 1990s.

Where do you see the music heading?

I’m going to London next week doing a cinematic project based on alternative electronic rock thing that I’ve just finished up in Los Angeles. There’s a group of dissipated songs I’m trying to make into a concept for an album…then to London to do some dance tracks that we’ll release this summer on my label, House.

I live my life from one moment to the next. I do plan ahead, but I let life happen to me just as much as I happen to life.