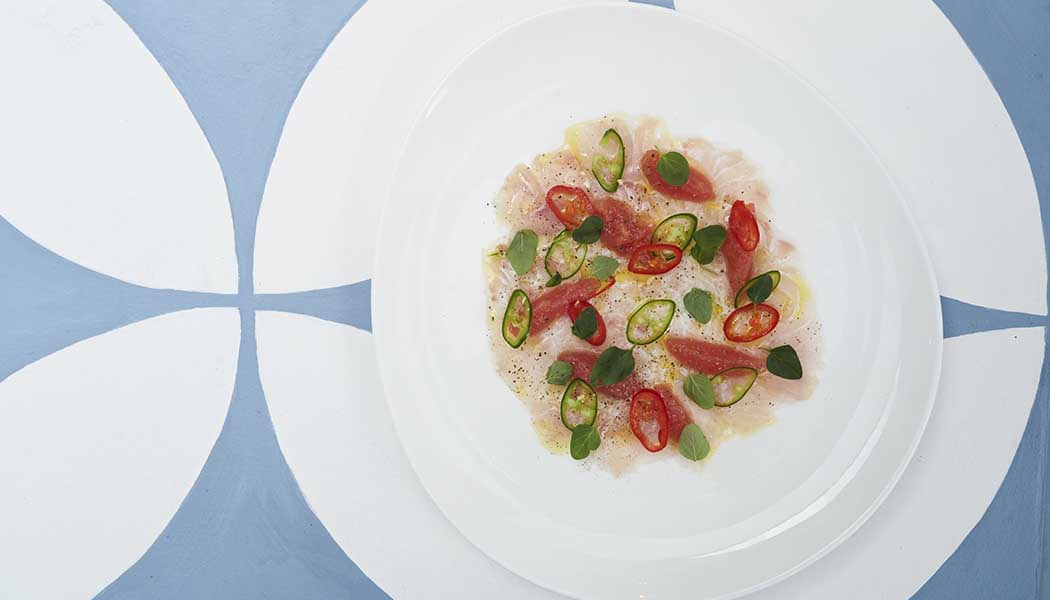 THE pizzas kept coming, blackened crusts with molten cheese and myriad toppings. A whole porchetta danced over the coals, salivating into the open fire, while two bars kept pace with a massive crowd of well-heeled guests at the opening of Bali’s latest destination dining experience, Da Maria.

These guys know how to throw a party.

It was never going to be anything but fabulous. When the man behind one of Sydney’s most iconic restaurants, Icebergs, meets Motel Mexicola’s dynamo team, the buzz could be heard well beyond Seminyak. 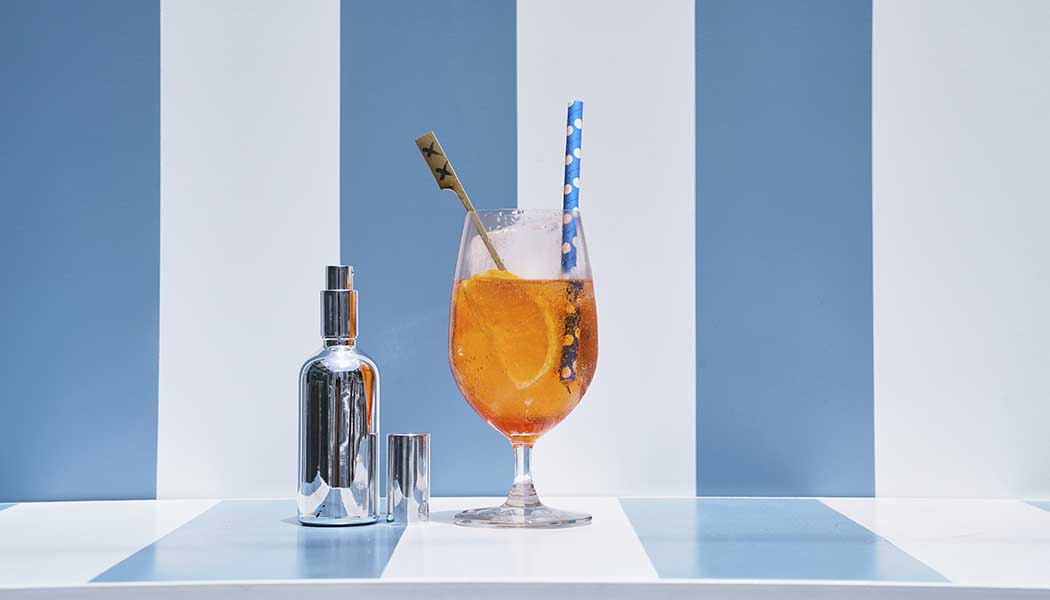 When these guys go large, the roar is enormous. The opening party alone was two hours of dazzling pizza action and a bar handing over artisan cocktails à la Capri to well over 500 first nighters. And so it began. With modernistic retro interiors crafted by Roman interior designer, Lazzarini Pickering, a menu inspired by Maurice Terzini’s Italian heritage and the full force of the Motel Mexicola team behind them, Da Maria is officially a sensation.

To top it all off, ex-Sydney chef, Londoner Steven Skelley, has stepped up as Executive Chef and really there is not much that could go wrong.

Against a swirling sea of blue and white stripes offset with brilliant yellow, deep banquettes and delicate wrought iron furniture, the smart looking chefs ply their trade in an open kitchen that spans the length of the dining room. A bar at the front captures the mood from the start while a sweet courtyard out the back has a twinkling fountain and a second bar.

The mix of modern, Italian classics is sexy and skillful yet still rustic in simplicity.

Commencing with a range of Assagini (small bites) to tempt, one can imagine an operatic soundtrack, but not here, disco rules and somehow it fits. 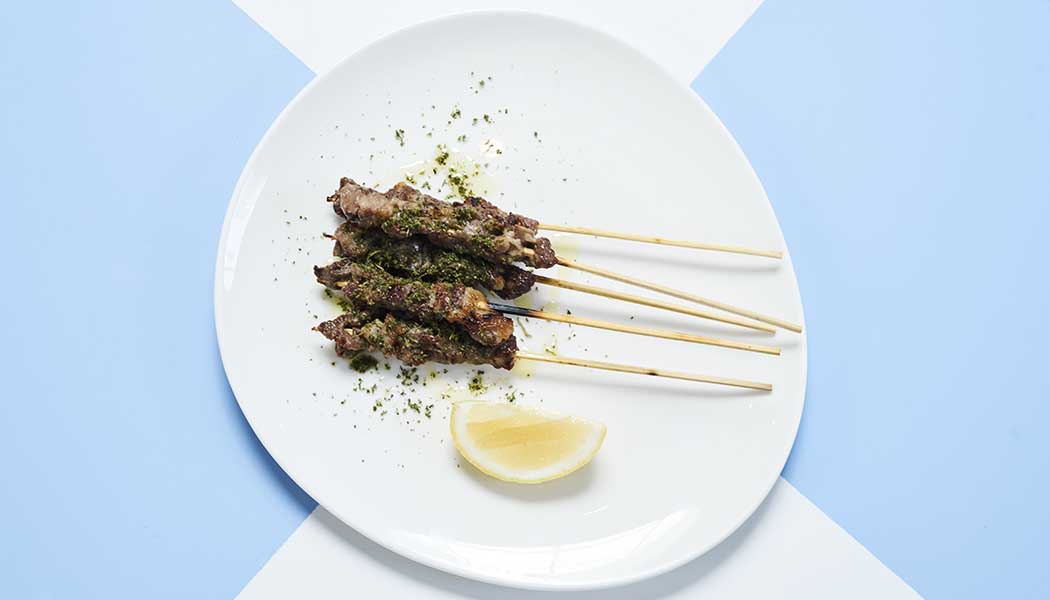 Chef Steven Skelley has had a big year, or more. Landing in Bali to take on seafood restaurant Urchin, Steven thought it would give him a chance to take a breather after a long stint at one of Sydney’s most loved restaurants, Pier in Rose Bay.

“Yep, the plan was to take things a little easier, spend time with my wife and young son and eventually put Urchin on the international map.”

Well, best laid plans and all. Steven was lured away by Mexicola’s Adrian Reed with plans to step up the menu at the Motel and launch three new destination restaurants. Not all at once of course, but things are moving fast.

Meanwhile his own ambitions to open a sourdough bakery, Farine, came to fruition.

One could (well, I could), write an entire story on the beautiful bubble-crusted bread, the divine doughnuts and brioche, croissant and more on display at Farine, but that will have to wait. 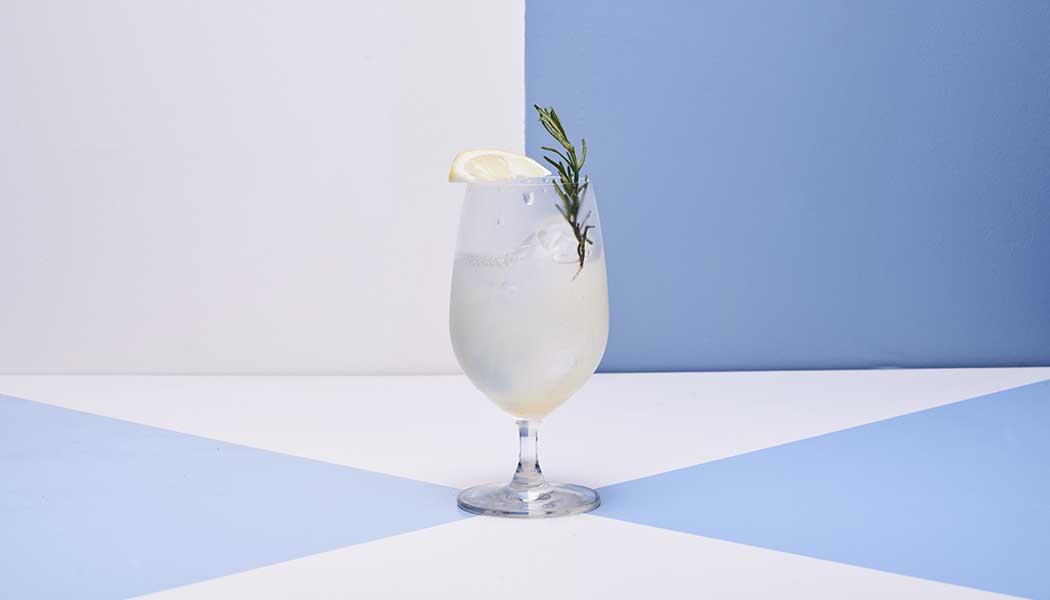 As the Da Maria project got the go ahead, Steven was dividing his time between the bakery, the full speed ahead Motel Mexicola and overseeing the kitchen at Da Maria.

“It’s not what I expected but I wouldn’t change a thing, it’s mad but it’s great,” he says. His mornings now start at the bakery, where bubbling loaves of artisan sourdough loaves have the Canggu set in raptures, before heading off to Motel Mexicola to check the prep and the specials for the night before fronting up at Da Maria for service.

“There’s a little bit of pressure,” he laughs. 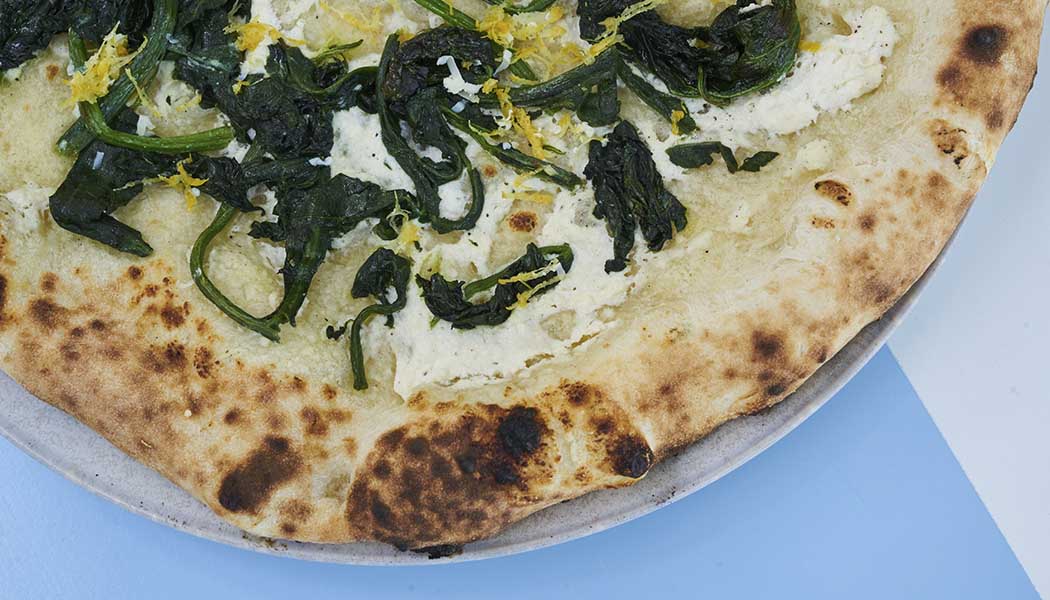 “These guys are just brilliant, what they do with dough is insane, they take it to the next level,” he laughs. They also make for great eye candy.

Da Maria’s menu is choreographed by Maurice Terzini, who now has a string of restaurants and pubs across Sydney. The menu is short but rich with large and small options but it’s hard to go past the pizzas, which literally take 90 seconds from topping to bubbling, blackened temples of temptation. Priced from Rp90,000, it’s no wonder the crowds are streaming in.

Conscious that many guests will order pizza, the main dishes are sized and priced to please. If you can drag your gaze away from the pizza area, (be still my beating heart), the menu moves on to Assagini (small bites).

There are some classics and some fresh takes here that are hard to resist: take the fresh sardines, crumbed with hints of lemon, orange and almond and drizzled with EVO; the baby octopus crisped and served over overnight beans with red wine vinegar and pasley; wood-roasted beetroot dressed with shaved ricotta salata and julienned radichio, playing sweet, salty and bitter to great effect; and a crudo menu that is simply delicious. 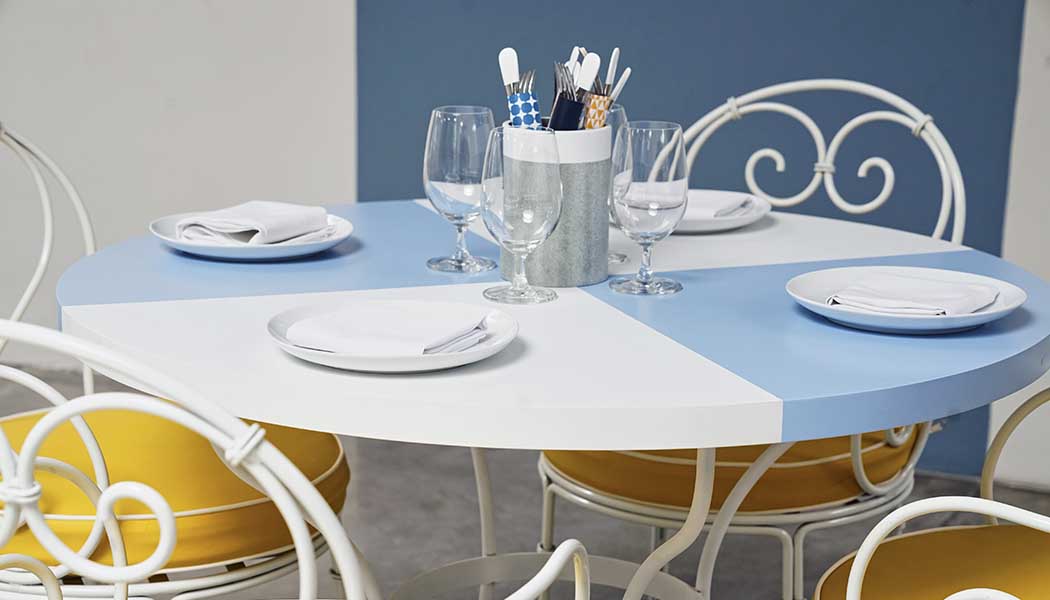 Arrosticini is also on the list; baby skewers of tender lamb roasted over the fire and served with lemon, rosemary and salt. Each of the Asagini items offers 5 pieces for Rp60,000 which isn’t too bad at all.

La Panarda is a plate that is based on traditional family feasts and although its been pared back a bit, it is still a feast. A selection of starters and crudo is followed by the little lamb skewers, followed up with pizza, porchetta and salad, and a refreshing finish of fresh watermelon. At Rp250 per head, you’ll get a pretty good taste of Da Maria with this.

There is a small raw menu and four mains that look delicious; four pastas, including one that is playing over in my mind, a braised beef shin sauce laid over pacheri and dressed with parmesan, it’s on my list! The pasta is imported from Italy, most of the ingredients come from Australia or are sourced locally. 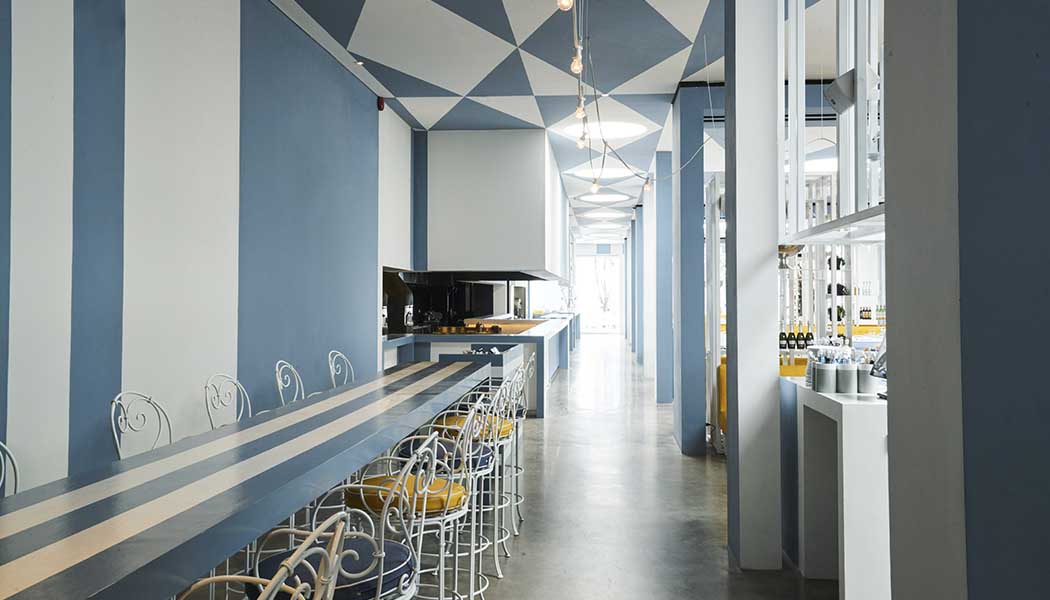 And the porchetta! That beast of pure pork pleasure, roasted over coals for long hours, laid to rest and then served traditionally with a bit of focaccia to wipe through the juices, that has to be for another visit. I’m making space for this despite assurances that it is light and beautiful.

Waiters bustle here, they don’t linger longer than necessary, the bar staff are set up to go before the doors open, dressed in variations of Maurice’s clothing line, Ten Pieces. The drinks are retro and artisanal with Campari and Aperol cocktails leading the way but plenty of herb-infused spirits to mix are on the menu and afters come in the shape of home-made coffee tequila and limoncello. And the beat goes on.

It’s a party waiting to happen, every night. Late night pizza+disco+bar equals happiness to a jaded crowd who are spoiled for choice. Mostly though, it’s hard to deny Da Maria’s freshness, its vitality and those pizzas, dream on baby.

•
Follow
New Year really comes with everything “newing" around us! Let’s start with @eastindiesgin who just released their small batched, craft gin called East Indies Bali Pomelo Pink Gin 🥂. Need a safe and efficient space to work? Now you can open your laptop at @setterbali Coworking Space and Private Offices in Berawa which opens 24/7! 😍 Not far from Setter, @mil.s_bali just opened in Tibubeneng (ex-Ona) with their taste-testing and mouth-watering menu. Enjoy Indonesian food with a twist at Mil's Kitchen in Tibubeneng (also in Yogya) or if you are based in Sanur indulge yourself in a bistronomy and wine experience at the newly opened @corkbali. Placating that sweet tooth has never been so easy? Grab some bombolonis or chocolates from @powderroom_r4d, the sister cafe of the famous @r4d_room4dessert in Ubud 🍰. Or if you are in Canggu, pop by @itsumotart and enjoy their collection of tarts, handcrafted soft serve and curated teas 🍵. Lastly, take the time and truly relish Bali sun sets at @sol.rooftopbali, a panoramic, seafront, rooftop bar and pool in Pererenan, alternatively enjoy the sunset with Oyster Shots Roulette at @oysterdealerbali in Batu Belig 😍🌊 The choice is always yours! #theyakmagazine #luxurylifestyle #bali #baliindonesia #baliisland #balihits #balilife #foodies #thebalibible #thebaliguideline #thebaliguru #restaurantbali #baligasm #foodporn #foodphotography #balifoodies #baliculinary #canggu #seminyak #sanur #ubud #infobali #balitourism #baliparty #travelinbali #balilifestyle
View on Instagram |
1/9

•
Follow
Golden hour is our Happy Hour! And here are some of The Yak's favourite spots from where to see the setting sun! From #Canggu, to #Seminyak, #Jimbaran, #Kuta, #Ubud and #Uluwatu! The sky is putting on an art show and you won’t want to miss it 😉 Official Sunset time: 18:47 - 26/1/23 📽️: @lajoyabali #theyakmagazine #luxurylifestyle #bali #balisunset #balibeach #balibeachclub #sunset #balilife #islandlife #explorebali #wonderfulbali #wanderlust #travelinspo #balilifestyle #baliocean
View on Instagram |
3/9

•
Follow
On Saturday, 21st January, we just celebrated Bali's 2nd "Day of Balance" or Hari Poleng 🔳🔲 Bali's black and white checkered cloth called "Poleng" symbolizes 'Balance'. The idea of "Poleng Day" is to remind us, and the world, that we all need balance in order to live well. Having been promoted across Bali throughout the year in temples (Pura) and in palaces (Puri), all the priests and kings of Bali are behind this project to balance Bali and the world. #theyakmagazine #bali #haripoleng #dayofbalance #culture #balinese #baliculture #budayabali #balidaily #balilife #balinese #baliisland #baliphotographer #baligasm #baliindonesia #explorebali
View on Instagram |
6/9

•
Follow
Welcome to the FIRST MinYak of 2023. Remember, ‘MINYAK' in Indonesian means oil, and here at The Yak our well-oiled cogs of island knowledge are here to smooth the life of LUXURY, enlightened ENJOYMENT and social gatherings… Check our MinYak to see where to stay, dine and party around the island! Link in our bio 🌴🥂 #theyakmagazine #luxurylifestyle #bali #baliindonesia #balilife #explorebali #balidaily #balibible #baligasm #thebalibible #infobali #visitbali #balitravel #balifood #balifoodies #baliguide #balilivin #thebaliguideline #balivacation
View on Instagram |
8/9

•
Follow
Gong Xi Fa Cai – 2574 🐇 Here in the western year of 2023, we welcome the Chinese Year of The Water Rabbit – 2574! The vibration of the number 2574 resonates with ‘a time of endings’ and ‘artistry’, harmony and compassion! This Rabbit year ushers in longevity, peace and prosperity and, if last year felt a little out of sorts, the incoming 12 months claim to offer opportunities for relaxation, quietness and contemplation… Just what we needed, and what better way to relax than to join friends and family to celebrate these auspicious days in auspicious ways! ✨ Catch a Dragon Dance or two; Gift friends and family with ‘hóngbāo’ or red envelopes containing money – preferably red money (100k); Share memorable moments dining with family and friends at @movenpickbali, @baiyunbali at @kempinskibali, @mauanusapenida, @kunangkunangrestaurant at @thesunofgranaryubud, @hotelindigobali, and @pistachiorestaurant at @adiwanabismaubud 😍🥳 Click link in our bio for more details! 🥂🌴 #theyakmagazine #luxurylifestyle #bali #chinesenewyear #cny #cnybali #baliculinary #movenpickbali #theapurvakempinskibali #mauanusapenida #thesunofgranaryubud #adiwanabismaubud #jimbaran #seminyak #nusadua #ubud #baliparty #explorebali #balilife #balilifestyle #balidining #thebalibible #thebaliguideline
View on Instagram |
9/9
Follow Us On Instagram