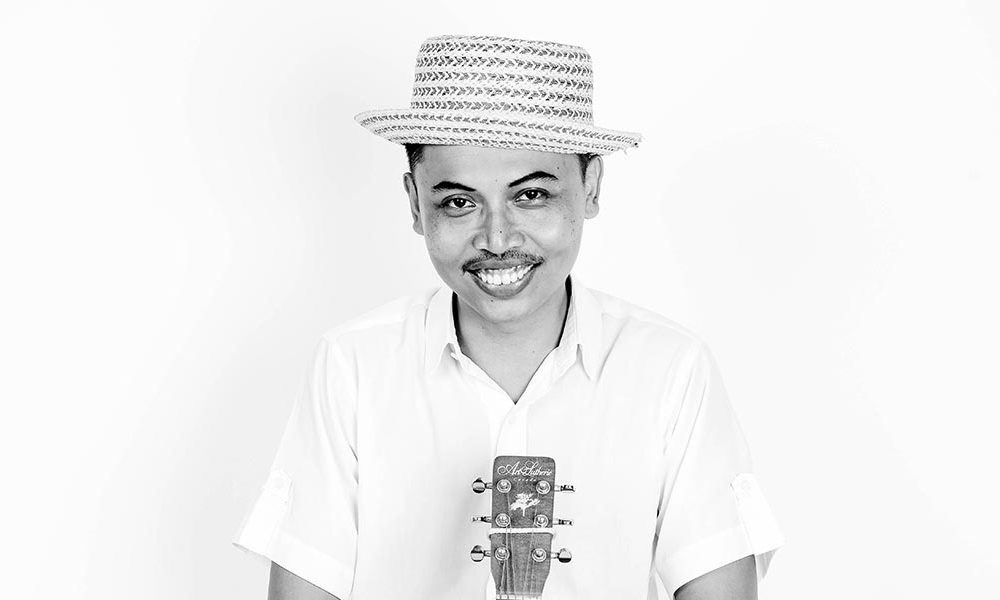 As a wry and soft-spoken fixture on Bali’s ever-growing live music scene, Made Mawut serves up some genuine Delta-Blues. Lou Nietunz meets the man behind the guitar. Photo: Stephane Sensey. 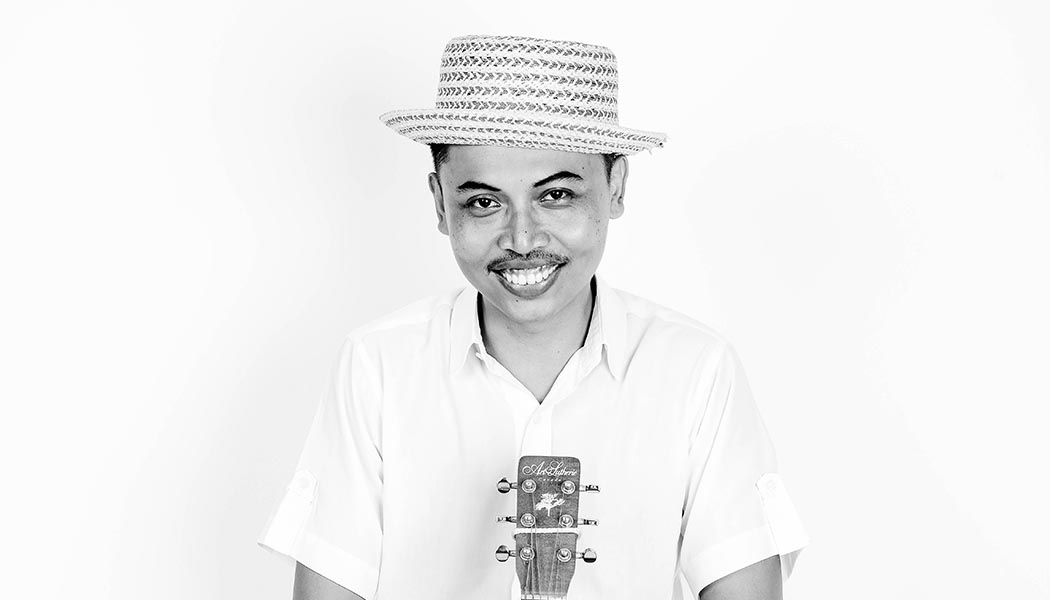 So Made, growing up – was your family musical?

Back then in my father’s village, everyone loved to play gamelan. While I was living there I would often watch my Dad and uncles jamming in the house with funny lyrics made spontaneously.

Meanwhile my mother would often play and sing along to Bee Gee’s songs to clear any loneliness from the house . . . or maybe she was just bored with all the traditional music, which is dominated by men mostly.

Who would you say were your strongest influences through high-school years?

A lot of my influences came from various parts of my growth between the environment, Benjamin S films, novels by Mario Puzo and Eiji Yoshikawa, historical figures like Soekarno and The Sex Pistols. But probably the strongest influence, even from middle school days, was Bob Marley.

Yes it was during my middle school years at our local banjar in my village. It was a music event and was the high point after all the games for the kids and older people. Honestly I was disappointed because I’d hoped to watch some live rocker musicians like on TV, but that didn’t happen because what I saw was like people going to pray at the temple.

You were a chef before you chose to make music your calling? How did that change happen?

I have always wanted to become known as a musician, but by becoming a chef first allowed me a way to reach my goal. During my time at culinary school I wasn’t confident enough yet to believe people would accept my music.

How did your travels and time in Georgia affect your approach to music? What did you learn the most about?

From my brief experience and travels in Georgia, I could see that the Blues over there are like the barong dance here on Bali, which only strikes interest with the tourists. That observation grew into the desire to write some Blues songs which I hope can represent the spirit of the Blues from a long time ago applied to current themes, bringing back the Blues, which I love, as one of many vehicles to communicate injustice for marginalized people.

Do you think that Blues music can fit anywhere in the world, or it is an acquired taste and only for people that know it?

In my opinion the Blues was borne from religious culture. Brought from Africa to America, but also mixed with European music. The Blues are the roots of popular music today, and will always live anywhere as a response to injustice.

What’s new in the pipeline? Any collaborations you would like to see happen?

Right now, I am working on opening a food outlet in front of my house, and at the same time  I am putting new material together for my next album. Maybe I will make a link between my food and my Blues, who knows.

A lot of your original works seems to raise awareness to various crises on the island – what do you see as the biggest problems facing Bali?

All of these problems are related from one to another issue. In my Blues Krisis album I was telling Blues stories about daily life. With my Water Krisis song I was lamenting the water troubles at home, even though there are no water problems at nearby resorts. With my Harvest Krisis song, I was lamenting the fact that Indonesia is very rich in its natural resources but we still import everything from outside of the country. The Food Sufficiency Krisis song reflects the challenges of people who are trapped by their consumption. Subsidi Krisis tells the story of a country that puts the interests of corporations first instead of the poor.  The crisis of quality in humanity due to the price of education is covered in Krisis SDM, and then I look at human rights with Krisis Nurani.

One of the other songs, Jungle Law, is a cover from the Punk band Marginal, which tells the story of law in Indonesia only being available to the rich. All of these issues are related, right?

What’s your dream Made?

Tomorrow morning I want to wake up in a better condition, without any crisis!

I like to have no shoes on when I’m sleeping, and mostly wear sandals when I go fishing for cat-fish, and shiny leather shoes if I’m working.

Check our Made’s songs at
www.soundcloud.com/mademawut/sets/blues-krisis