Hanging out late night at Luigi’s next to Deus, who’s in? 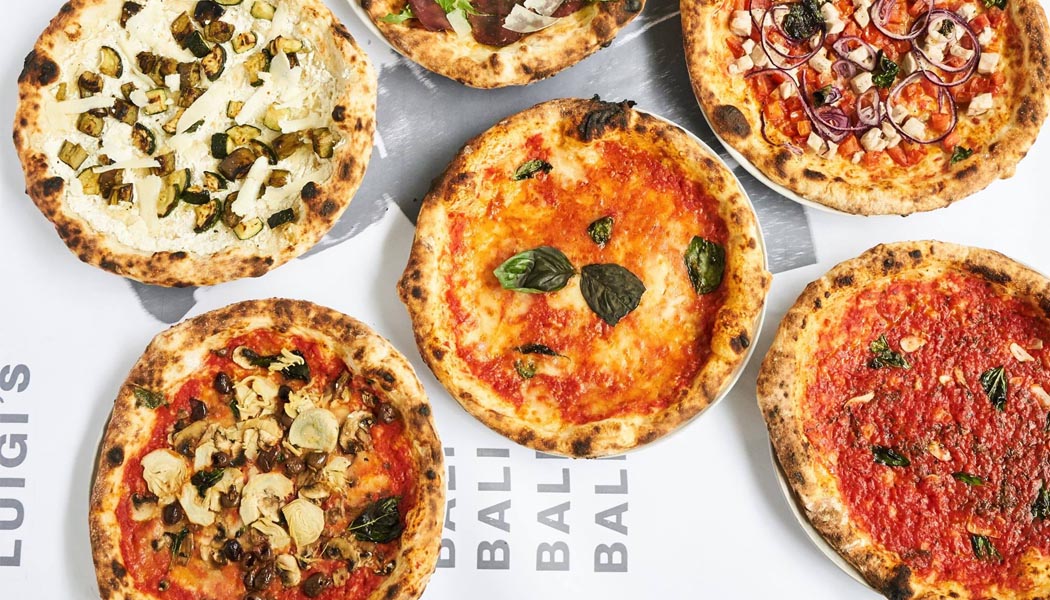 If your friends invited you to a pizza party in their backyard, it might resemble Luigi’s. That is assuming that your friends are extremely talented restaurant operators. With all the might of a team that rocks the food and party scene; from Executive chef Steven Skelley of Motel Mexicola and Da Maria; restaurateur Maurice Terzinni of Sydney’s Icebergs and Adrian Reed, currently boss of the pack, you know this is going to be good. 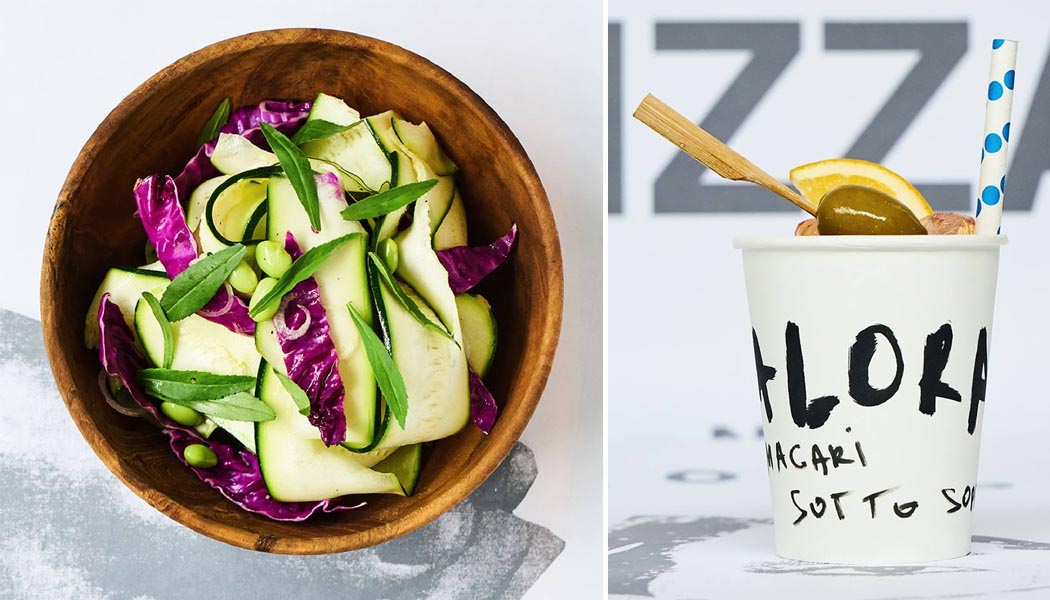 The pizzas and salads stem from the menus of Da Maria, without the designer tag. The Rolls Royce of pizza ovens is about to be installed here and the venue has the air of a casual backyard party. And party is part of the mix, to be sure. With the set up created from shipping containers, painted and graffiti-d, a permanent DJ booth, a dance floor and slushy machines churning out fruit-filled cocktails, the party has started at Luigi’s and there is more to come. 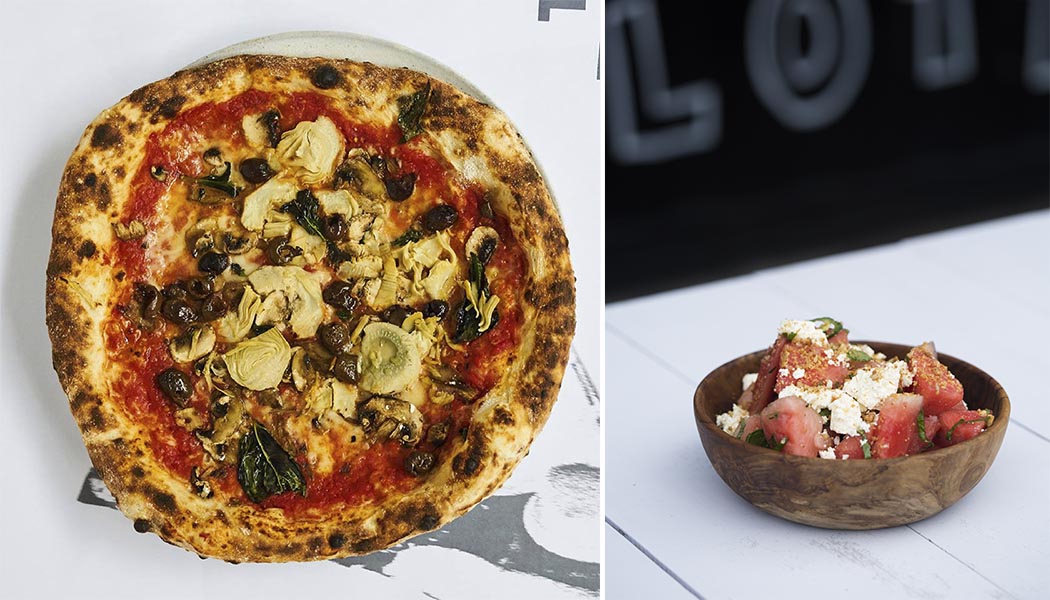 This is a team who are happy to go out on a limb, finesse and add to the mix as required. The paper cups will probably go, to be replaced by something that merits the short but serious wine list, the new hybrid pizza oven will play host to a slightly larger menu and a designer soft serve ice cream stand will offer the ultimate cool down treat.

“The pop up feel will stay,” explains Executive chef, Steven Skelley. “We’re still turning out high quality pizzas, keeping the prices down and then we just adapt depending on what works, what doesn’t. Luigi’s will be in constant flow, like all the restaurants. We don’t stand still for long.“ 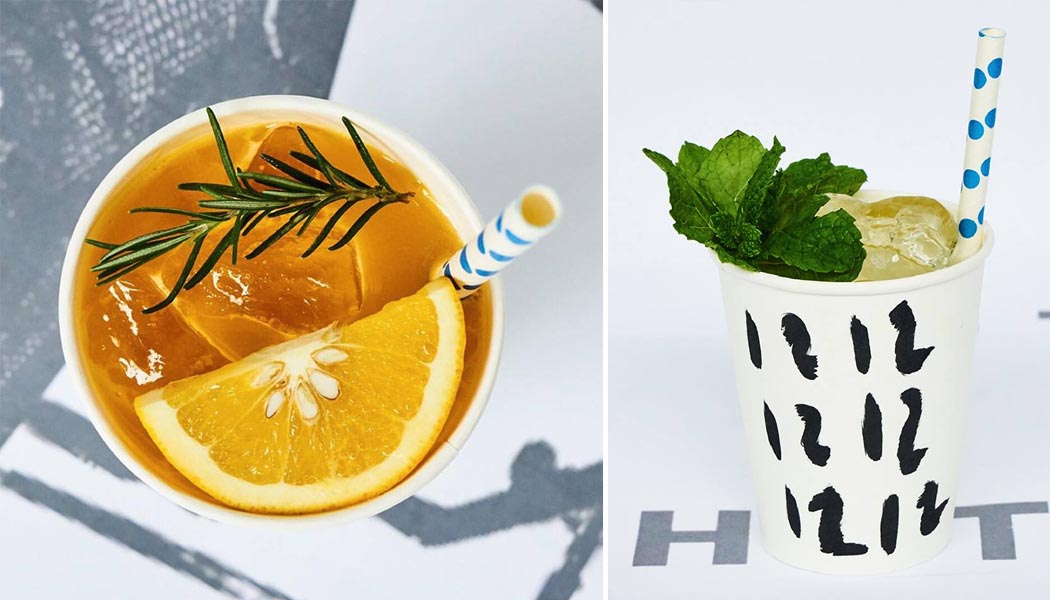 An integral part of all their venues is music. It’s always updated, playing to the crowds, and each of their venues has a feel of its own. Playlists, and DJs, are charged with creating the feel for the food. A lot of effort goes into creating something that appears so simple. And it is simply delicious. Hot, fast, cool and classy, in a great open-air venue, at the right price. Luigi’s hot Pizza is ticking the boxes.

Two exceptional pizzaiolo (the real deal from Naples) have been manning the pizza ovens at Da Maria since it opened. They are charged with finessing the Luigi’s pizzas as well and one of them (they go out of their way to look the same), was throwing dough with the local staff the night we popped in. The pizza oven was fired up and the smell of bubbling cheese and charred crust is enough to persuade almost any human off the street. 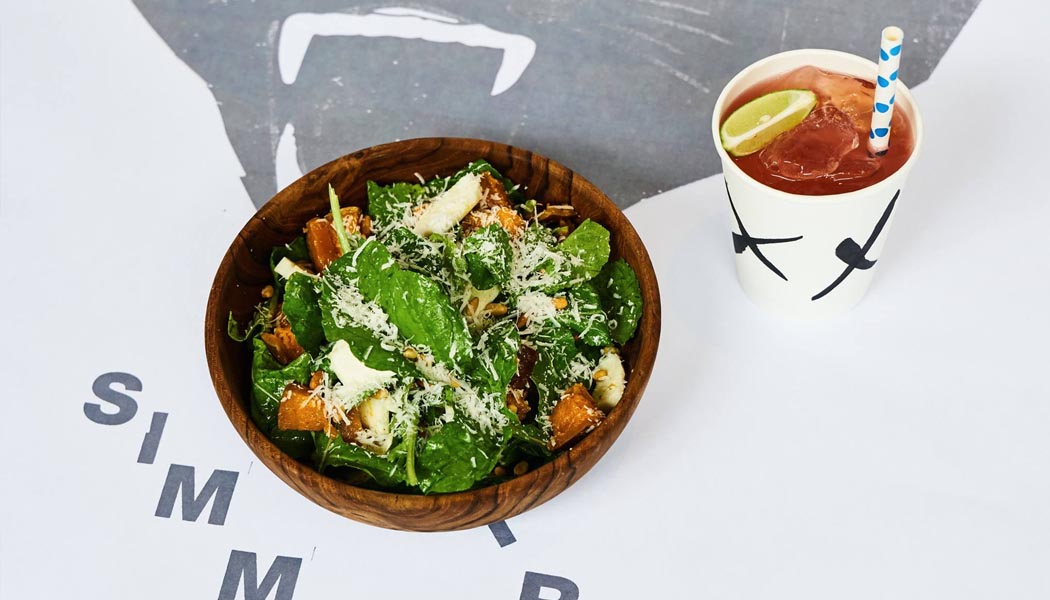 Luigi’s opened with a simple menu of six salads and 10 pizzas. The bar, set up in one of the containers, is open on all sides to make room for the party-goers. The crowds arrive bearded, carrying babies, barefoot, clad in designer t-shirts with all the swagger of a large Instagram following. Canggu has become every bit as competitive as Seminyak these days and getting the mix right is a lot harder than it once was. Having said that, these guys have operated destination restaurants for years and they get it. 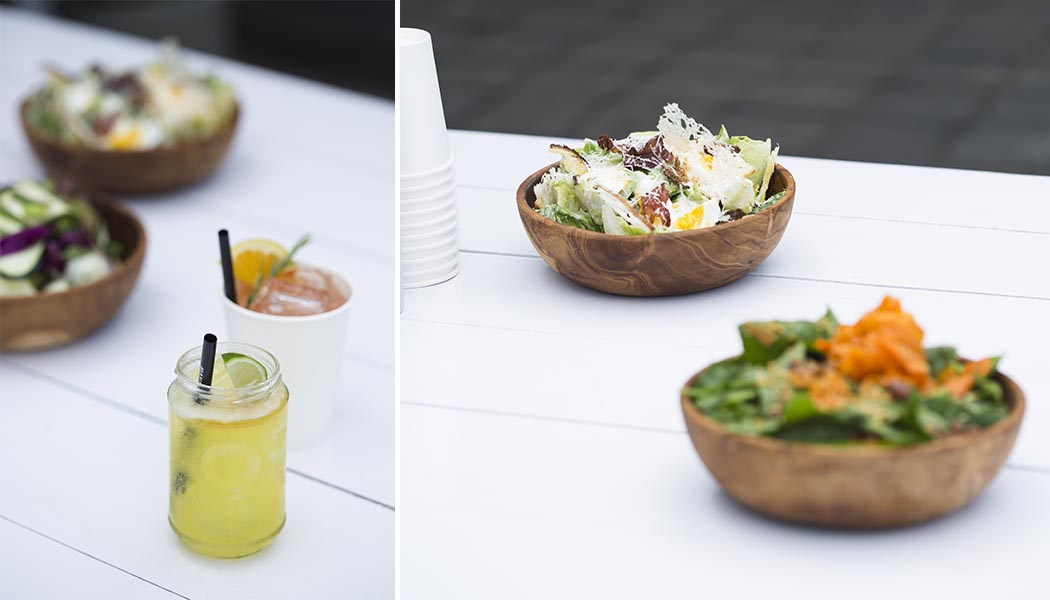 Luigi’s has tapped into a festive vibe that rings of a neighborhood party about to happen. Prices are kept friendly, with nothing currently over 100k. Cocktails (all priced to please at under Rp100k), mocktails and healthy beverages like the popular kombucha sit nicely alongside a small but perfectly adequate list of wines and beer. 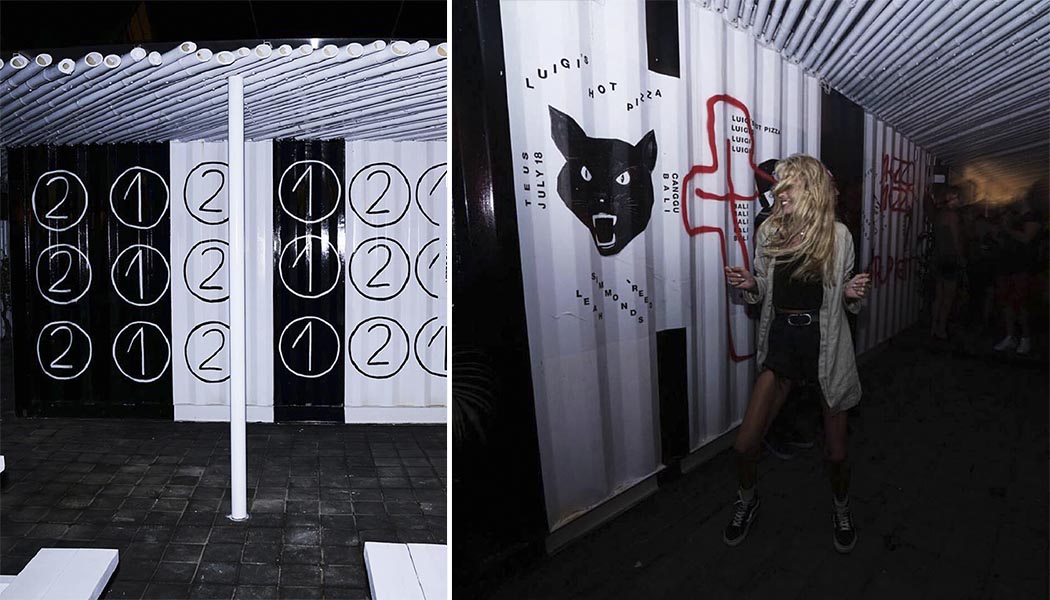 The pizzas are every bit as good as Da Maria, on a smaller scale. They have pared it down to make it affordable, accessible and easy. This is t-shirt and thongs territory, after all. Pizzas are priced between Rp70k and Rp90k, while the substantial salads start from Rp65k with the pumpkin and fior di latte salad topping the price list at Rp100k. 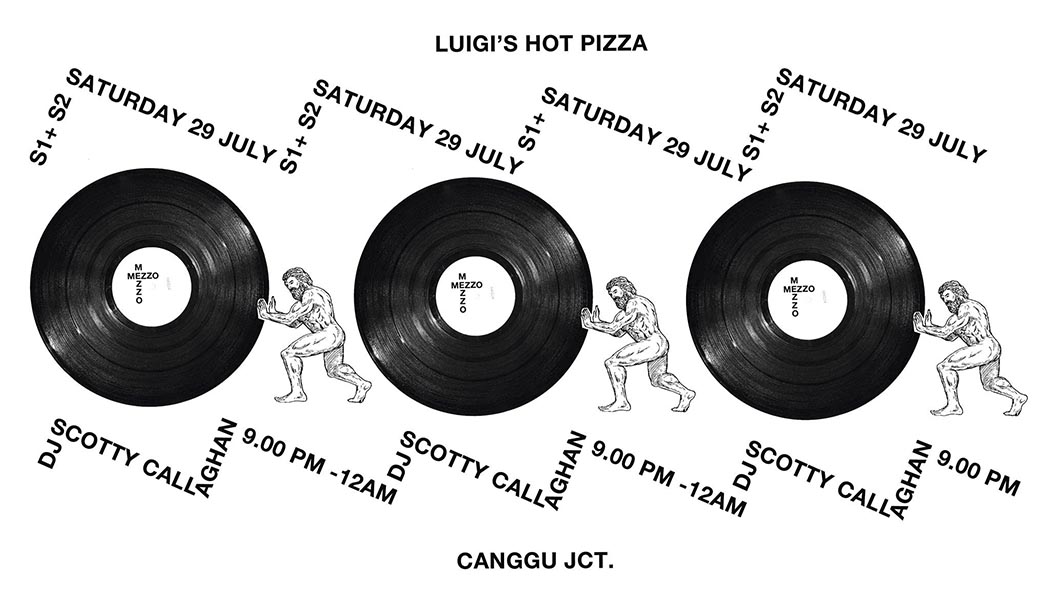 Party nights are “owned” in this area of Canggu. Old Mans’ have their party designated nights, Deus next door and The Lawn each have their nights, so Luigi’s are unashamedly claiming Saturday with a few mid-week pop ups expected. The parties start at 5pm, so it’s early up. Dee jays, dance floor, bare feet, free flow and pizza reign here.

Luigi’s Hot Pizza is certainly playing to the crowd and judging by the way they are pouring through the bamboo gate, this pop-up is here to stay. S.D.