Are We Living In A Lost Paradise? 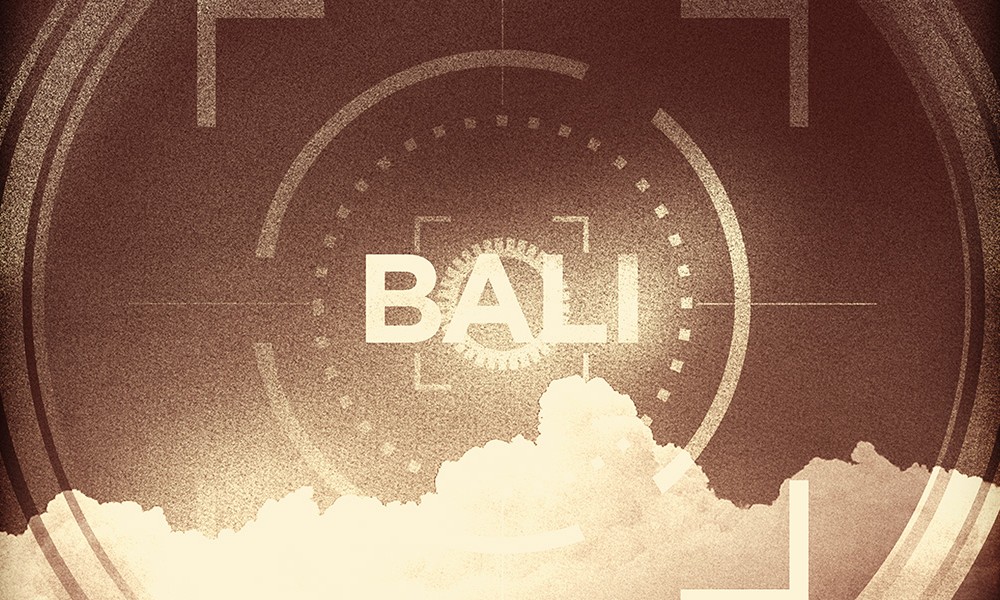 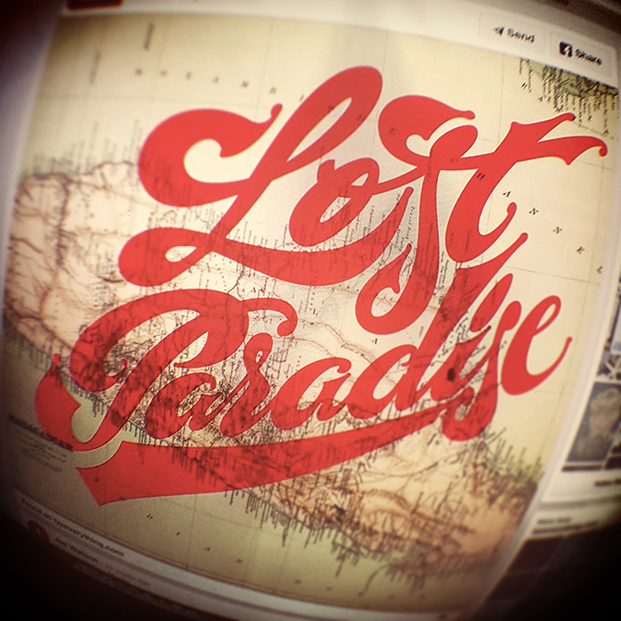 AFTER 15 or so years in the chair on US network Comedy Central’s Daily Show, John Stewart has decided to hang up the gloves.

When he leaves later this year it will be a sad day for those of us who saw his biting wit and clear-eyed vision of US and international affairs as a bulwark against the bullshit of mainstream media and their political sponsors . . . especially the fundamentalist right.

John Stewart, comedian, is so revered in his home country that in a national poll conducted about trust levels he made the top four for public trust in presenting the NEWS in a fair and accurate manner.

In February long-time anchor of NBC Nightly News, Brian Williams, was busted for his overactive imagination and perpetuating a fallacy over a number of years. He has been telling the story of travelling on a helicopter during the Iraq War invasion. The aircraft was suddenly hit with rocket-propelled grenade fire, forcing an emergency landing and leaving him stranded in the desert.

It all went tits-up when flight engineer Lance Reynold wrote on NBC News’ Facebook page: “Sorry dude, I don’t remember you being on my aircraft”.

“I do remember you walking up about an hour after we had landed to ask me what had happened . . .”

John Stewart’s observation: “Finally someone is being held to account for misleading America about the Iraq War . . . never again will Brian Williams mislead this great nation about being shot at in a war that we probably wouldn’t have ended up in if the media had applied this level of scrutiny to the actual fucking war.”

Stewart is not afraid of dropping the odd f-bomb.

After New York police were exonerated in court for the choking death of an unarmed African American cigarette-seller earlier this year Stewart’s exasperation was manifest: “If comedy is tragedy plus time, I need more fucking time . . . but I would really settle for less fucking tragedy.”

He brings an acerbic perspective that can crystallise people’s understanding of what is really going on . . . if one is broad-minded enough to listen.

And that kind of perspective is what is needed at the time this article is being written.

There’s an elephant in the room – and that pachyderm is Bali – once again, in the crosshairs of the Bali-bashing Australian media.

Unfairly so, as usual.

Two young Australian men who were convicted of drug trafficking offences under Indonesian law around a decade ago are to face the death penalty – they happened to have attempted their smuggling effort from Bali. In all likelihood by the time you read this, the sentence against Andrew Chan and Myuran Sukamaran will have come to pass.

One can only have heartfelt and desperate sympathy for their families and friends.

It is not my intention here to retell the story of the “Bali Nine” . . . they’re not the Bali nine. They are a group of young Australians who made a grave mistake in a sovereign nation whose legal rhetoric has no tolerance for drug smuggling.

But the term has stuck and it is misleading. 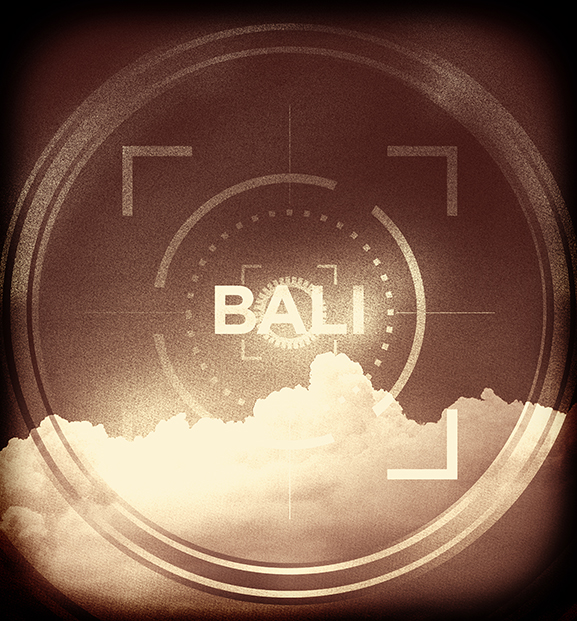 What has Bali done?

In an op-ed piece in The West Australian newspaper in mid-February Ross Taylor, who is president of the Perth-based Indonesia Institute, brings up an interesting and somewhat frightening fact: “The boycott threat by our Foreign Minister is in reality not sensible, nor is it going to be carried out.

So much for the standards surrounding the teaching of geography in Australian schools.

There is nothing faintly amusing about the fact that more than 60 people – Indonesians and foreign nationals – convicted of drug trafficking in Indonesia are to face firing squads this year. There is a salutary lesson though: DON’T DO IT.

Ross Taylor, vis-à-vis the comments made by Julie Bishop, goes on to say: “Such comments will also invite Indonesia – currently engulfed in a strong feeling of nationalism – to respond by taking an even harder line on executing drug smugglers, and other cases involving the many Australians who often find themselves in trouble while in Indonesia.”

Thank you Ross: a pragmatic, sensitive and sensible voice amongst the nationalist hyperbole from would-be-if-they-could-be “leaders” in Australia’s political milieu . . . who have no appreciable understanding of the Asian concept of “face”. To the sanctimonious bully pulpit preachers who have, over many years, scorned Indonesia as if she was, and is, a delinquent child: I suggest strongly you listen to people like Ross Taylor before you open the thing that your feet end up in all too often.

Everyone has their own perceptions and experiences regarding places, situations, institutions and people, and it is banal in the extreme to characterise and homogenise a place – be it Bali or anywhere else – as a living, breathing organism that can be blamed for real or imagined ills. The Middle East as a geographical entity, for instance, is not responsible for the scumbags who constitute the movement known as IS, ISIL, ISIS or DAISH (take your pick).

Founder of the Ubud Writers and Readers Festival, Janet de Neefe, said much the same in a radio interview with ABC Australia in February, asking Australians not to desert “us” – the all of us who happen to live on what some call “the island of the gods” . . . but what most of us simply refer to as “home”.

“Why attempt to punish us for something that has nothing to do with us?” she said.

Our home exists within the wider context of the Indonesian Republic – for those who might not yet get that. But our home also exists in, and of, itself . . . however imperfectly, within its own geo-social identity. That identity is more about nurturing than anything else – despite the clear and present danger presented by “selfie sticks” here these days and those who wield them.

Third-party voyeurism aside, Bali is arguably one of the safest and best places to bring up a child. And an easy and intensely interesting place to bring a young person on a family holiday. Bali is not a place where “stranger danger” lurks behind every banyan tree. Balinese Hinduism – practiced rigorously by around 85 per cent of the indigenous population – is based upon ancestral reincarnation expressed in the corporeal form of the living, especially children.

And as John Stewart might say: you don’t fuck with the ancestors. 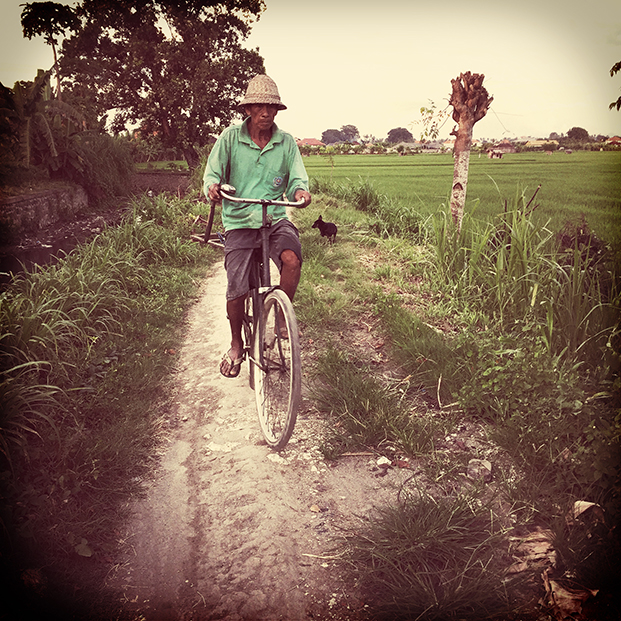 I have watched many, many children – expat and local – grow up over nearly 20 years and in each and every one of them I see sensitive, rounded, interested, well-mannered human beings. Largely because the Balinese social fabric allows them to run wild in a safe environment.

One note of caution for you, however: I wouldn’t let your young kids too far off the leash in a place like Kuta . . . too many drunk Australians.

The enthusiastic smiles and greetings I receive from children walking to and from school on a daily basis here are heartwarming. Many schools on Bali and throughout Indonesia are subsidised by Australia’s shrinking foreign aid budget but, as I write, veiled threats are being made by the unfathomable (Australian prime minister) Tony Abbott that such aid might be in jeopardy should the executions of Andrew and Myuran proceed.

I’m pretty positive they would not want that.

Schools are places where dreams are hatched. Children are our future. And under the duress of an enormous population, limited resources and considerable dysfunctional decision-making on a policy-making level, Indonesia’s teachers do an amazing job in very trying conditions.

It would be an unconscionable hypocrisy for Australia to use Indonesia’s children as a human shield, especially in light of the fact that Australian governments imprison asylum-seeker children, in dire circumstances, who are merely attempting to get away from unspeakable violence and degradation in their home places.

I recently wrote in an email to a friend that I have a “conflicted relationship” with Bali. In the same missive I wrote that Bali had become “congested, conceited, and greedy”. In writing this piece I realise that my generalisation, in the context of Bali as an entity, was wrong.

Although the congestion bit is probably spot-on.

Conceited, self-righteous, and greedy people come to Bali from the four corners of the globe (a phrase I find a bit weird) for the simple reason that the Balinese are, on the whole, generous and welcoming . . . and, to a degree, naïve. But once a virus is introduced into a population it has a tendency to spread.

There is probably nothing more conceited and greedy than pedaling drugs.

I have a conflicted relationship with my own house – the roof leaks and my landlord stubbornly refuses to fix it. But my garden is an absolute pleasure to behold. My Bali is about the joy I feel when the birds and other critters come to visit. Not so different from living anywhere else really.

My Bali is about a lack of rules – and the lack of signage that exists in other countries, especially Australia, in plague proportions, that outline the rules. Obviously the rule of law exists but within our communities we must, and do, maturely define our own boundaries without some finger-wagging bureaucracy peering down from above.

My Bali is riding my bicycle through rice fields and villages (with great concentration lest I get cleaned up by random dogs) and finding places of great beauty and richness of spirit.

I don’t think I have laughed as much in the other places I have lived. This might be because I’m deranged and hysterical but I suspect it might have something to do with the general lightheartedness of the community I live in.

These are the people you are threatening, Tony/Julie.

Environmental pollution is a massive issue as the island groans under the weight of unregulated development and visitor numbers. Such things are public policy matters that need to be addressed by cool heads with a clear view of the future . . . such deliberations, in turn, rely upon an adequate education system and appropriate curriculums. But Bali’s population is a very small fraction of the overall population of Indonesia and, as such, is not a priority for the government in Jakarta. That government, however, is more than happy to receive Bali’s bucks derived from the tourism industry.

While visiting the island in the 1930s Charlie Chaplin quipped, “Bali is finished”. Well, not quite Charlie. And to be honest, if some militant (and frankly, hypocritical) Australians choose to take their tourism elsewhere it might provide a modicum of breathing space in an unrelenting development cycle.

For an Australian government to “shirt-front” the government of a sovereign nation and threaten to play a part in denying that nation’s children the ability to make profoundly sensible decisions (which might include repealing capital punishment) in the future would be a tragedy.

For relations to degrade further between the southern hemisphere’s two most powerful nations would be a tragedy. Ross Taylor unequivocally points out, “they need each other”.

I suspect I know where Andrew Chan and Myuran Sukamaran will be when you read this. But my hope is that they will be able to read it too. They made a tragic choice in a country that is not unfamiliar with tragedy – often on a vast scale.

And I, like John Stewart, would really settle for less fucking tragedy.