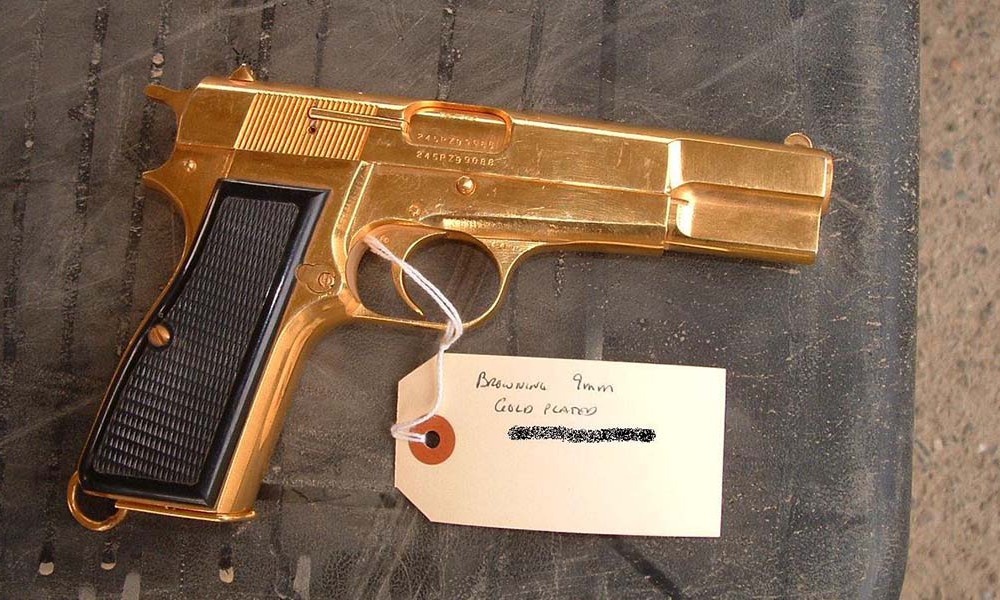 Gava Fox was among the first foreigners to enter the dictator’s Tikrit palace . . .  the loot on offer was almost irresistible. 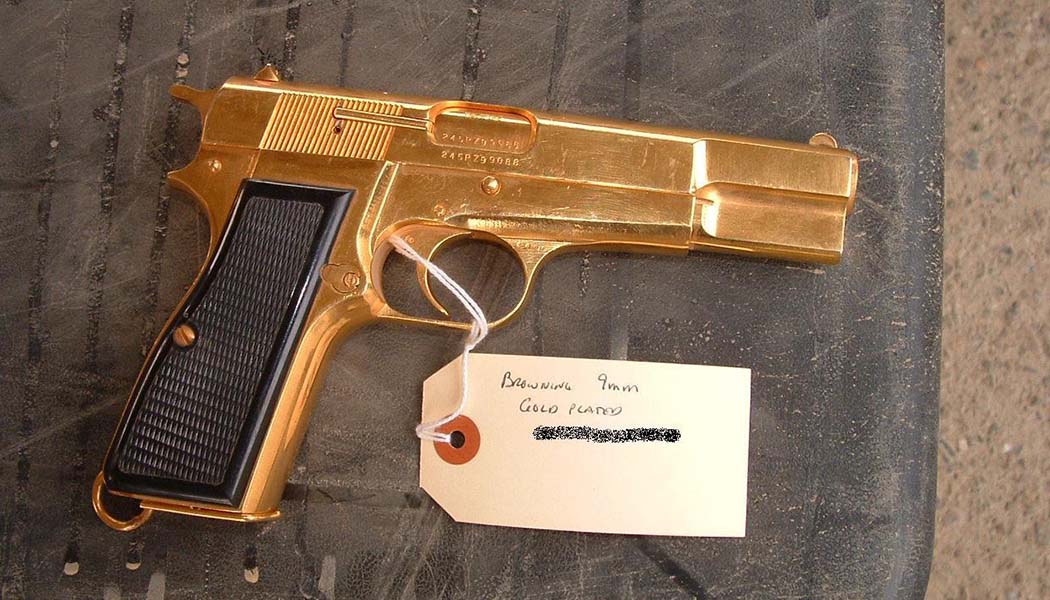 The so-called “Operation Iraqi Freedom” was launched by the United States and a handful of allies on the now thoroughly discredited premise that Saddam was stockpiling weapons of mass destruction to use against his neighbours in retaliation for crippling economic sanctions which had turned one of the world’s leading oil producers into an economic basket case.

Despite victory by the coalition forces, the war turned out to be one of the most misguided military operations in modern history – and its effects are still being felt today, with both Iraq and Syria enmeshed in bitter internecine fighting involving misguided Islamic fundamentalists fighting under the ISIS banner. 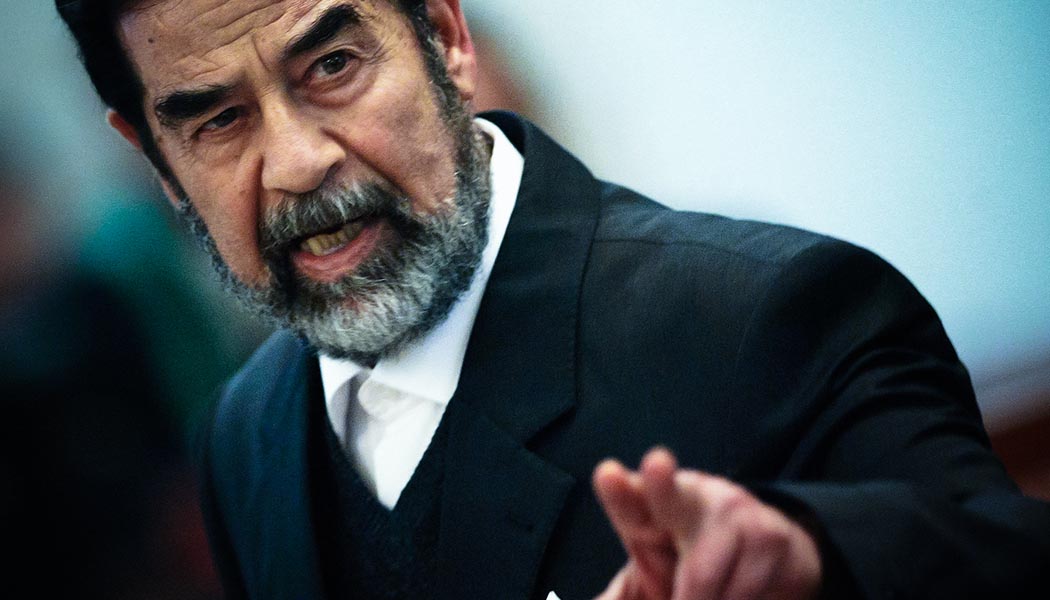 I covered that war from beginning to end as a writer for an international news agency accompanied by two colleagues – a photographer and video cameraman. Along with a few other major news organisations (and some hardy freelancers) my company had an office at the well-known Palestine Hotel in Baghdad staffed by journalists who were technically accredited to report freely on the Iraqi side of things, but in reality were heavily censored and frequently banned from leaving their rooms.

The Americans accredited hundreds of journalists as “embedded” media with coalition troops. They too were supposedly allowed to report what they saw, but a multi-page code of conduct frequently hamstrung their reporting until well after the fact. 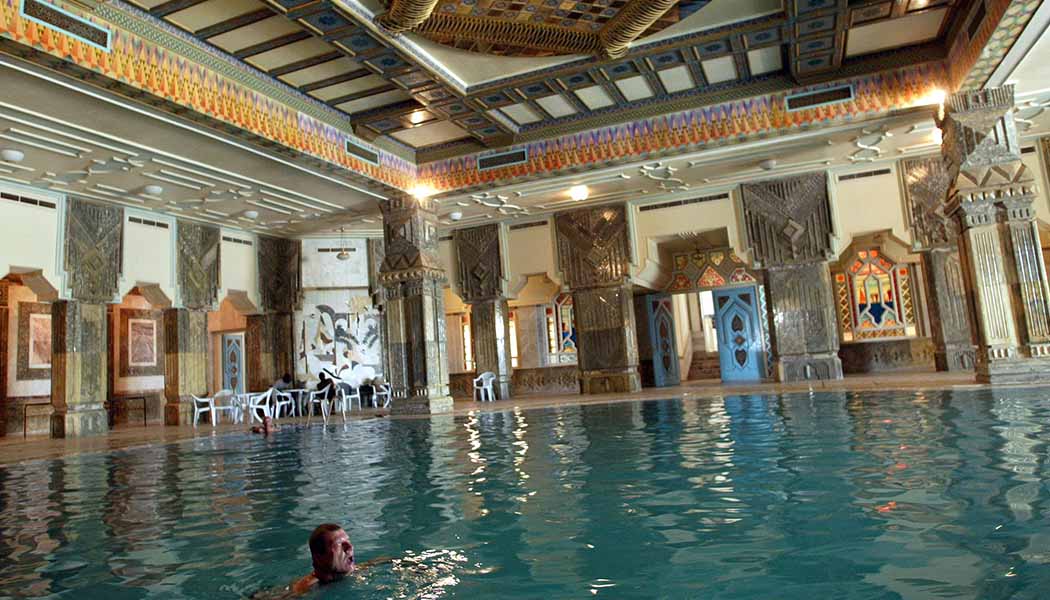 My team chose a third option. We’d operate as so-called “unilaterals” – nominally recognised by coalition forces but offered no help or protection. We’d be free to flit between both sides, taking our chances in an armoured Land Rover we dubbed “Brenda the Defender”.

Despite the bluster of Saddam and his cronies, the Iraq Army and Revolutionary Guards were scant opposition to a clearly better trained and equipped coalition force. 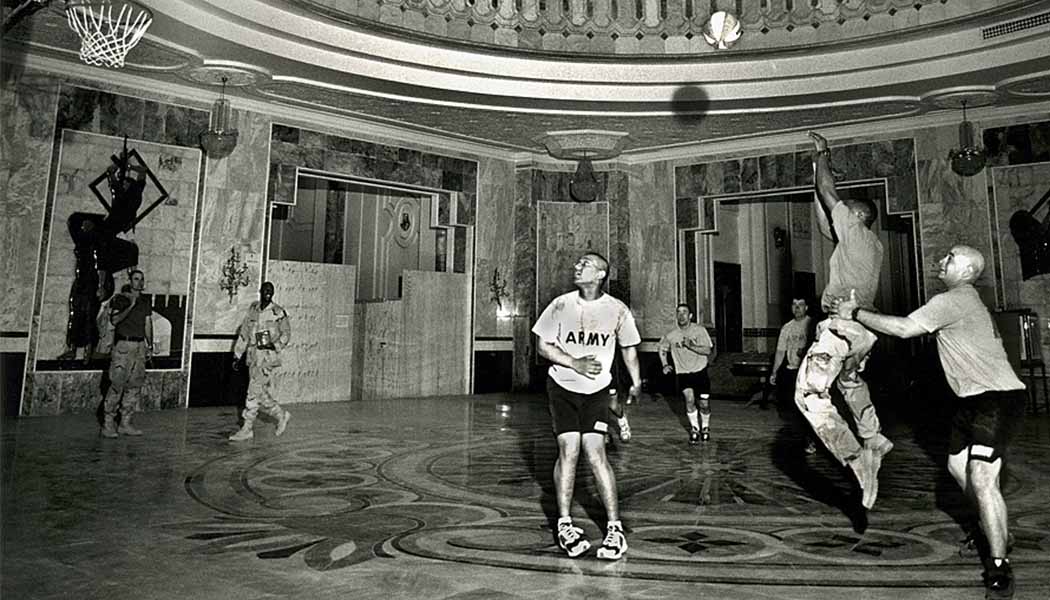 Hundreds of thousands of coalition troops had amassed in Kuwait on Iraq’s southern border ahead of the war, and the invasion proper began on March 21 with the initial target being the port city of Umm Qasr. The offence was led by elite British and U.S. Marines who faced three days of surprisingly stiff resistance before the remaining defending forces fled.

We’d crossed the border the night the invasion started. Brenda looked very similar to the British army vehicles being used, and Military Police tasked directly with stopping unilateral journalists from entering Iraq waved us through, thinking we must be special forces. 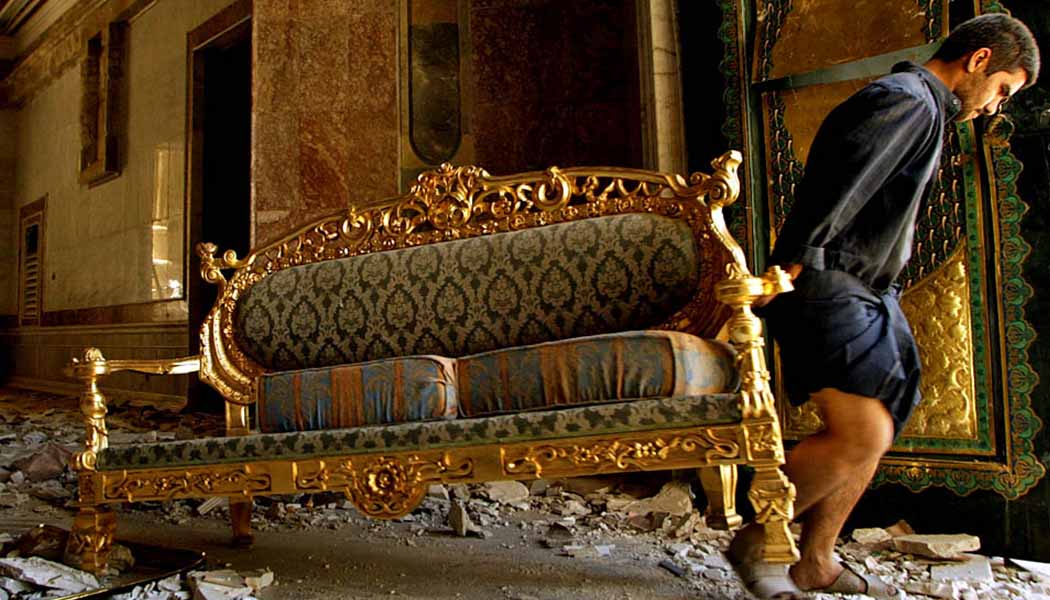 Umm Qasr was a duty-free port – the country’s main maritime gateway – and the vast, sprawling complex was filled with warehouses stockpiled with imports, including thousands of luxury cars. Retreating Iraq forces had helped themselves to whatever they could carry, and although coalition forces were under orders not to loot, they clearly weren’t afraid to “liberate” the odd trinket.

A warehouse which stocked luxury items such as jewellery and electronic goods had been stripped bare. Rolex cases lay strewn on the ground, the watch itself now keeping unnervingly accurate time on the wrist of a soldier – either coalition or Iraqi. Diamonds, gold and pearls also similarly disappeared into the pockets of troops.

We helped ourselves to cigarettes and whisky. There was nothing more valuable left. 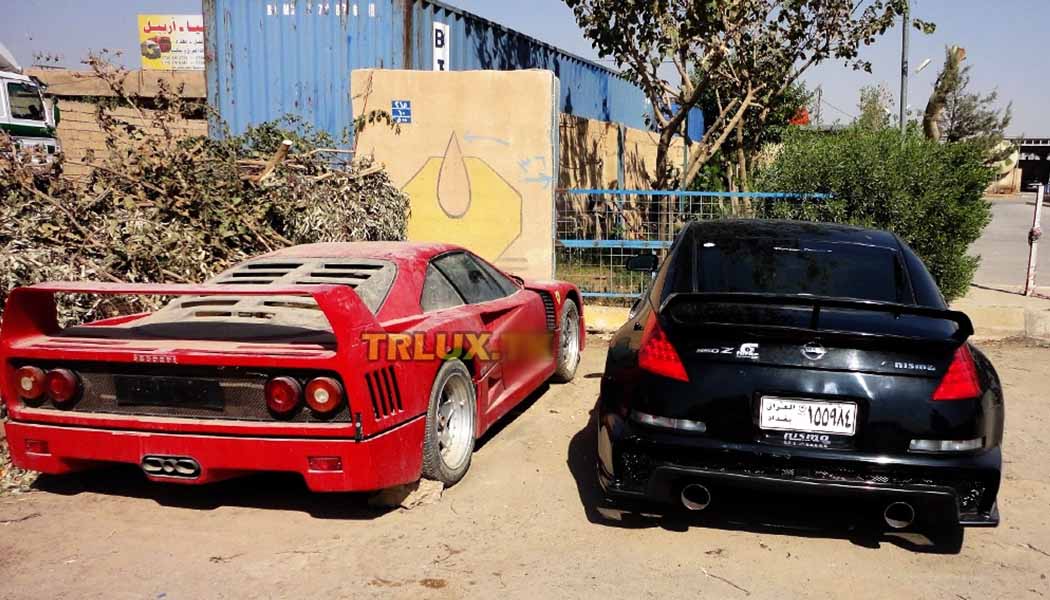 The “spoils of war” were considered a perk in times past when victorious troops raped and plundered after every battle, but the Geneva Conventions outlaw such practice now, although it is still fairly commonplace.

The pattern of brief resistance by Iraqi forces followed by capitulation and desertion continued across towns and cities as the coalition forces made their way north to Baghdad. The departing Iraqi forces generally plundered what they could, local civilians helped themselves next and then coalition troops arrived in numbers to secure whatever was left.

In Baghdad itself, the plunder was on a scale never before seen. The war was less than three weeks old and coalition troops were engaged in scattered fighting to take Baghdad when the country’s National Museum was targeted. The building hosted a collection considered to be among the most important in the world, with artefacts from the over 5,000-year history of Mesopotamia in dozens of galleries and vaults. 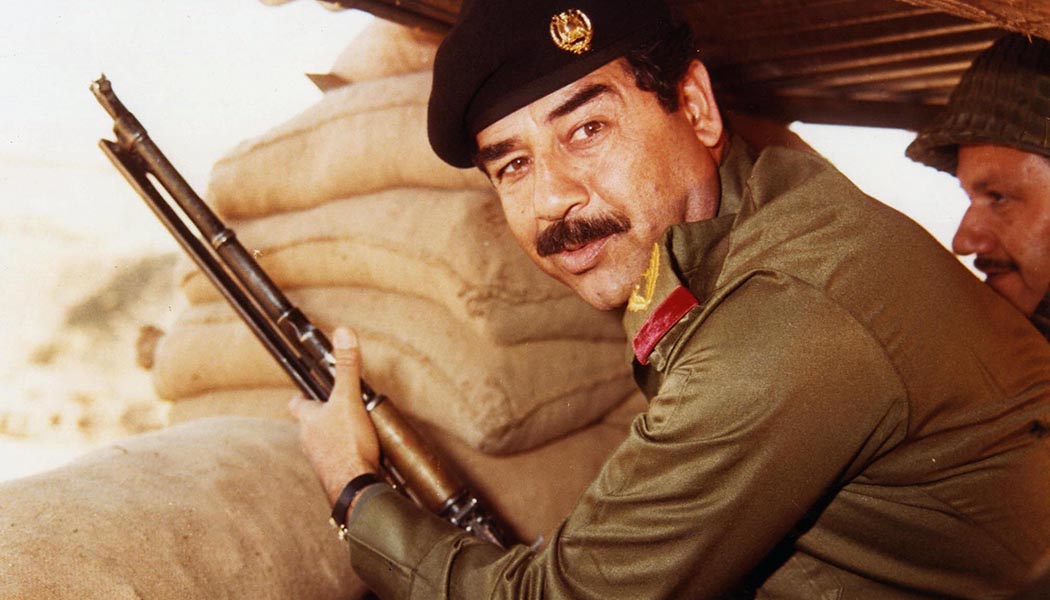 Coalition troops were strongly criticised for having not made a greater effort to preserve the country’s cultural heritage. Journalists wandered freely around the museum watching looters smash display cases and help themselves to priceless pieces. When they told U.S. troops patrolling nearby what was happening, they just shrugged it off.

In all an estimated 15,000 pieces were stolen from the museum in the space of just a few days, including a headless stone statue of King Entemena of Lagash – estimated to be 4,400 years old and weighing hundreds of kilograms. It was eventually discovered in 2006 in New York and returned to Iraq. 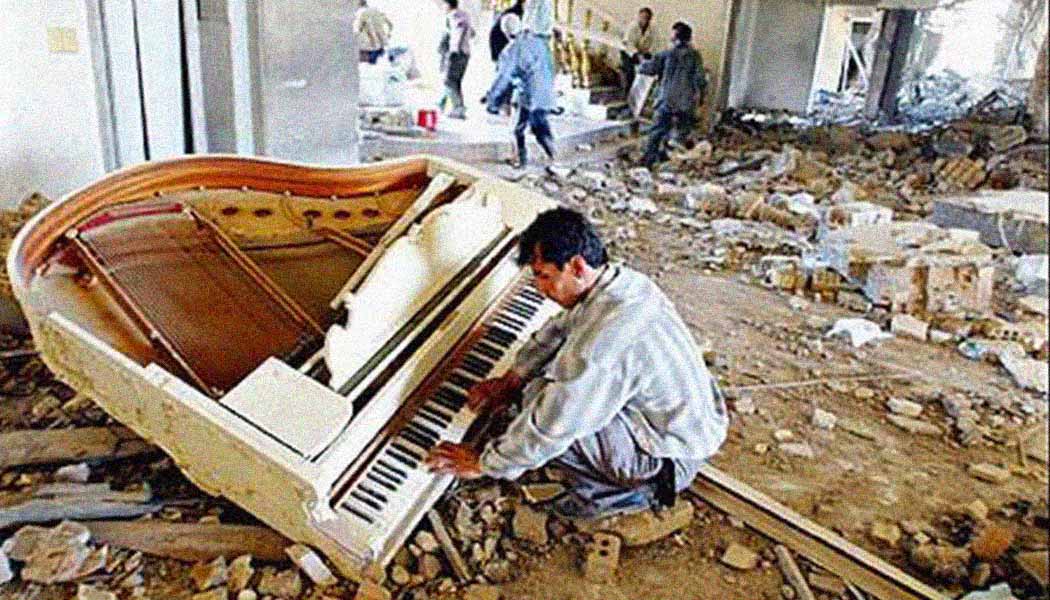 In decades of war reporting across the world, myself and colleagues have frequently helped ourselves to souvenirs from the field. I’ll admit it is a grey area, but I can confidently say I’ve never taken anything truly valuable.

In Kisangani after the fall of Mobutu Seso Seko in 1997, as locals were literally removing every single fixture and fitting from his abandoned presidential palace, I helped myself to a monogrammed bathrobe. I’ve taken crude wooden carvings from the scene of massacres in Rwanda, some religious iconography from a tumbled cottage in Kosovo, an inscribed book from the library of a Somali poet shortly before it was torched. Things like that.

But Iraq was to prove the highlight – and perhaps lowlight – of my career. 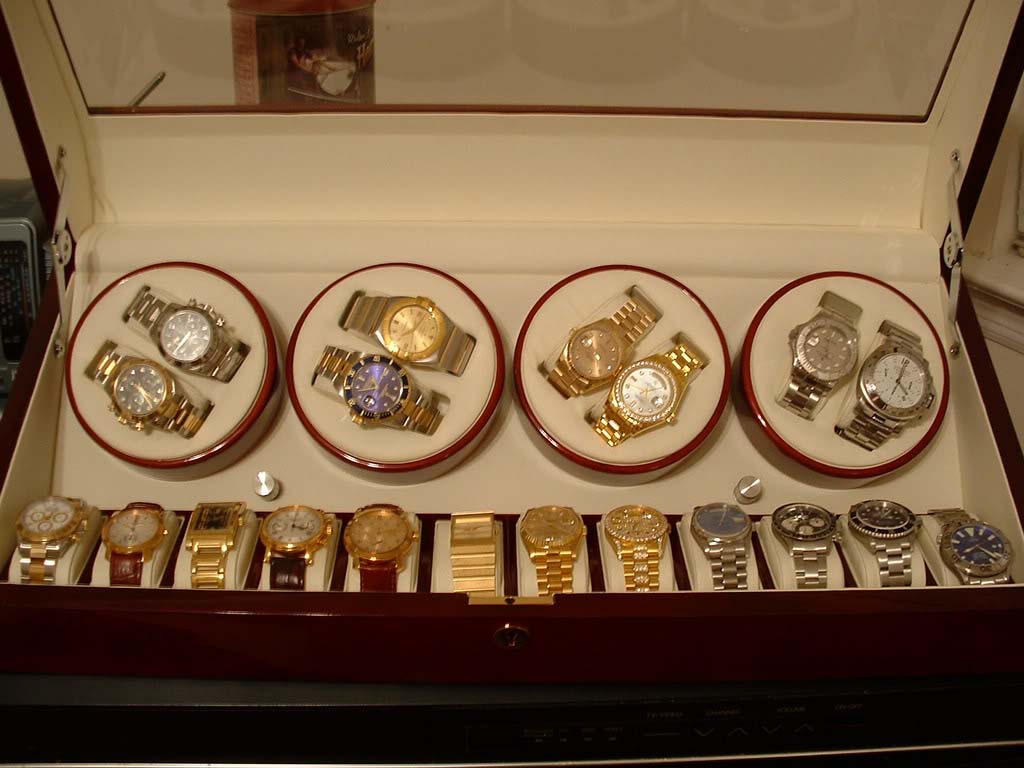 As the war drew to a close, it was clear the coalition forces who had invaded from the south would likely join with the army that had come from the north at Tikrit, Saddam’s stronghold and the family’s ancient home.

In Tikrit Saddam had built a compound         heavily fortified by luxurious complex of dozens of palaces and villas in sweeping gardens with beautiful artificial lakes. Saddam’s palace had pride of place on a hill, flanked by those of his son’s, Uday and Qusay, and surrounded by villas given to relatives and senior officials.

At this point we’d been on the roads for weeks, sleeping rough, under fire every few days, eating terribly and extremely unwashed. 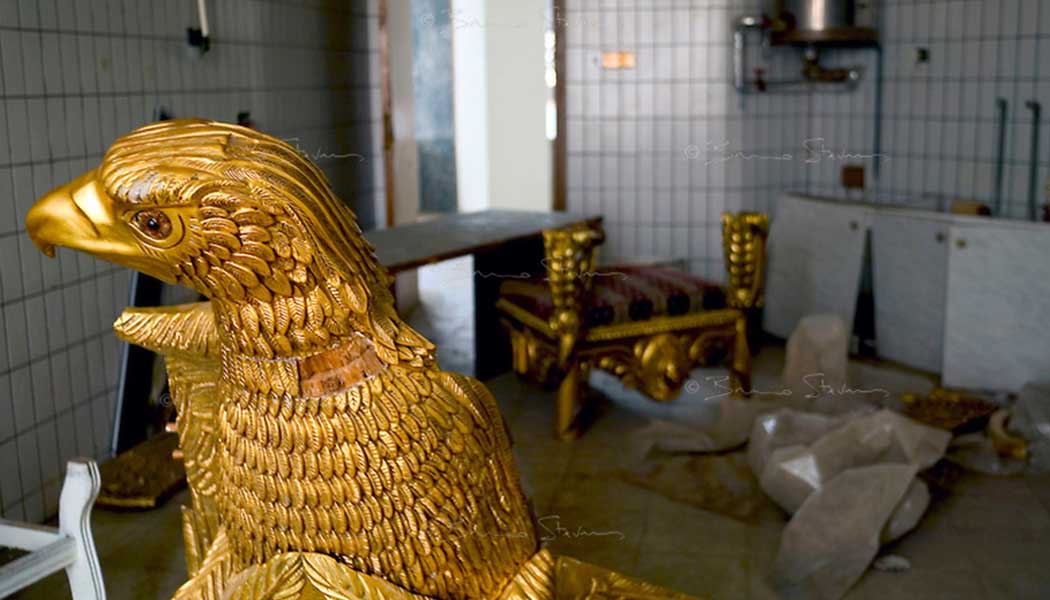 Brenda chugged into Tikrit as a fierce and final battle was taking place for the town, but we somehow made our way without incident to the new deserted presidential compound. Coalition forces had sent some shells whistling into the most important buildings, but it was clear the complex had been abandoned entirely with scarcely a struggle.

Saddam’s palace was as glitzy as it was tacky. It boasted a 30-seater cinema, a massive indoor pool, gymnasium, vast kitchen and 60-seater dining table. But it was the billiard room that caught our attention. After taking a luxurious shower we played a few games of pool before exploring the place further. 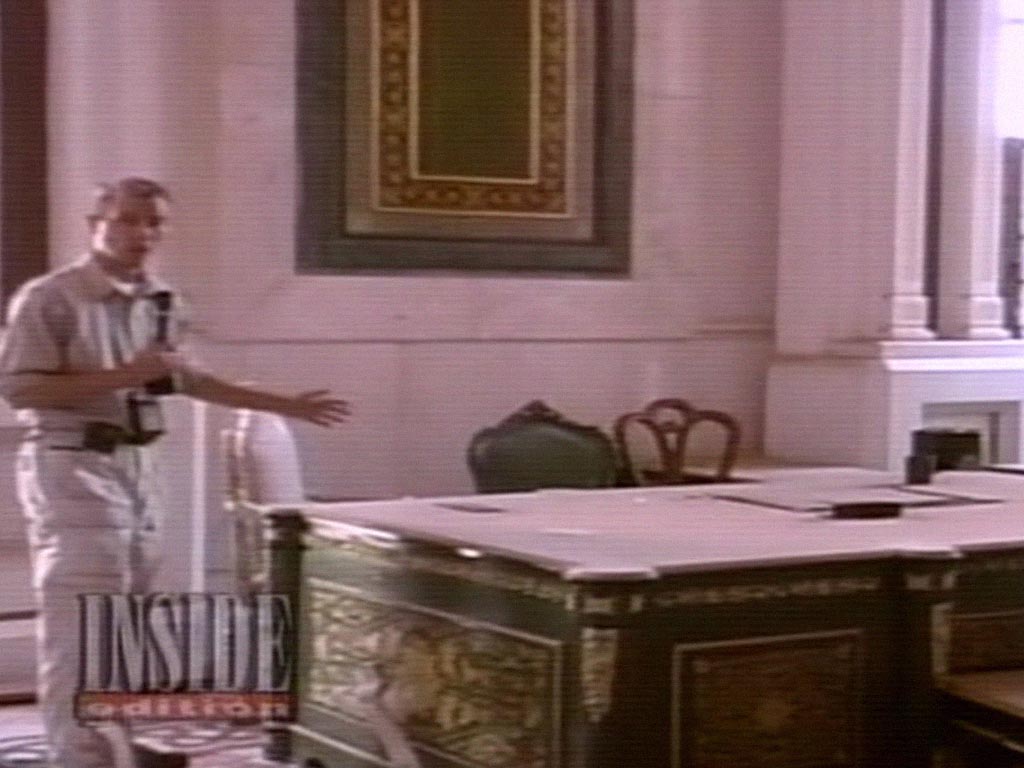 We briefly pondered whether to break down two cupboards in the room to see what was inside on the basis they could contain important state documents that could give us the exclusive of a lifetime, but decided against it. Frankly, we were exhausted, and we could see an American convoy lumbering up the driveway that would soon put paid to further exploration.

Looking for something to remind me of the day – after all, we were the first foreigners into Tikrit Palace since Saddam’s fall – I settled on some inscribed stationery and a golden eagle paperweight from his desk before unscrewing an ivory-handled pool cue from the billiard table which I hid under my flak jacket. 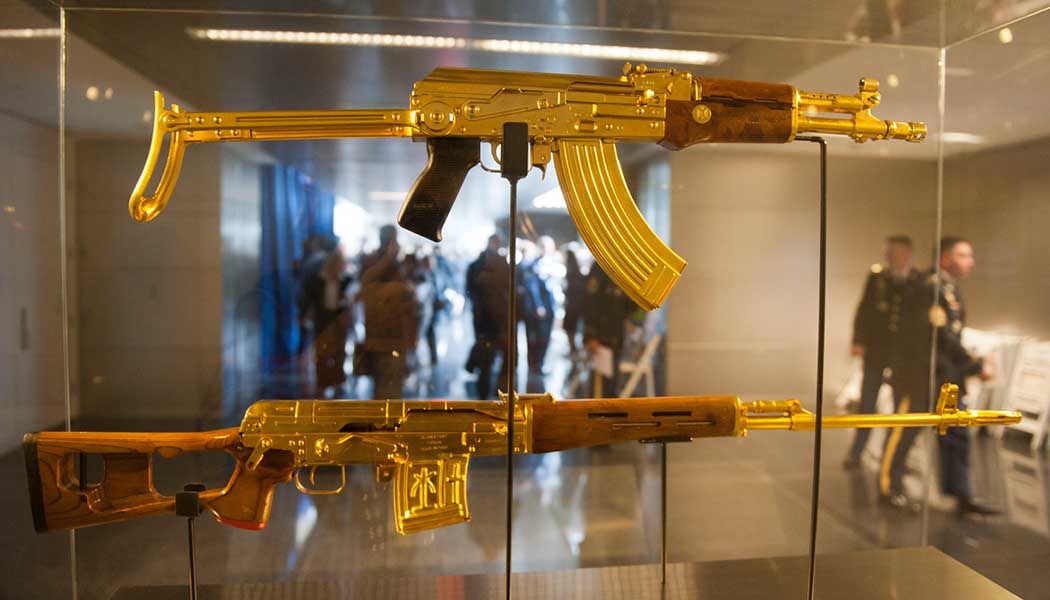 U.S. troops were baffled by our presence as we tried to leave, but a chance encounter with an embedded colleague eased their minds – even though he was miffed that we had beaten him to the story.

Hours later, as we were nearing the outskirts of Baghdad, my satellite phone rang. It was the colleague from Tikrit.

“Hey,” he said. “You know that cupboards you told us about in the billiard room. Well be broke them open. Guess what we found?”

At this point I’d already established that the gold paperweight was actually made of brass and the Ivory pool cue was more likely bone or animal horn of some kind. 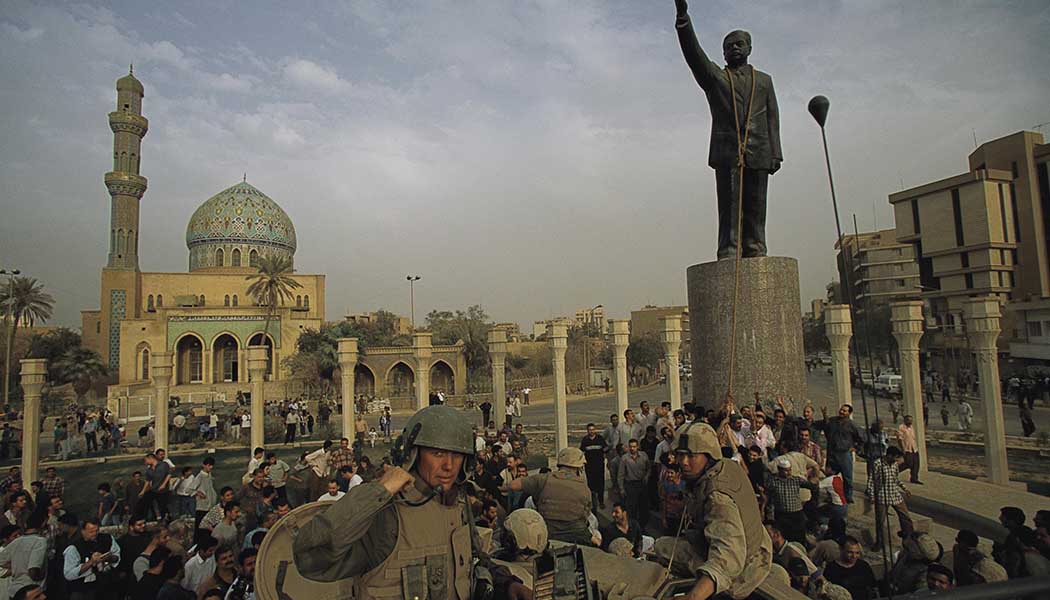 “Over $200 million in cash and about two kilos of what looks like cocaine,” he laughed.

In retelling that story over the years, I’m invariably asked what I would have done if I had found it. I honestly don’t know the answer.

Incidentally, two U.S. infantrymen, who searched Uday Hussein’s next-door palace just hours after our arrival, stumbled across nearly $600,000 hidden there which they proceeded to steal. John Getz and Earl Coffey spent the next six months sending it home in parcels or stuffed into Teddy Bears before being caught. Following a court martial, they spent 12 months in a military stockade before being dishonourably discharged. Such are the spoils of war . . .