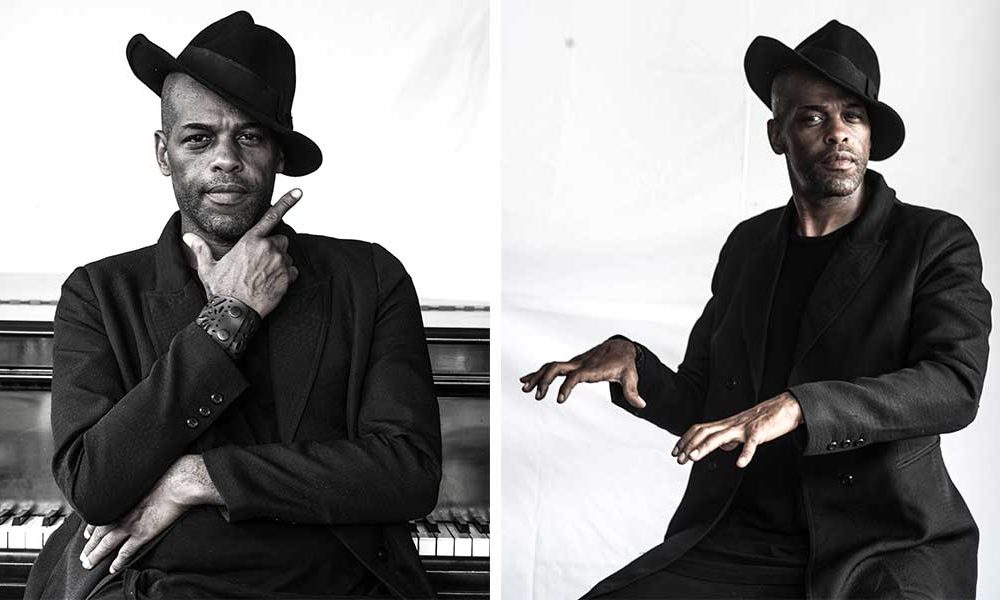 For this episode of musing with maestros we catch up with soul singer-songwriter London Hutchins after his recent performance at Metis in collaboration with photographer Stephane Sensey.

Having burned the midnight oil with the likes of Quincy Jones, Diana Ross and The Jacksons, this well-heeled American crooner from Michigan has a wealth of musical knowledge to share and lucky for us he also found himself coming to Bali’s shores… 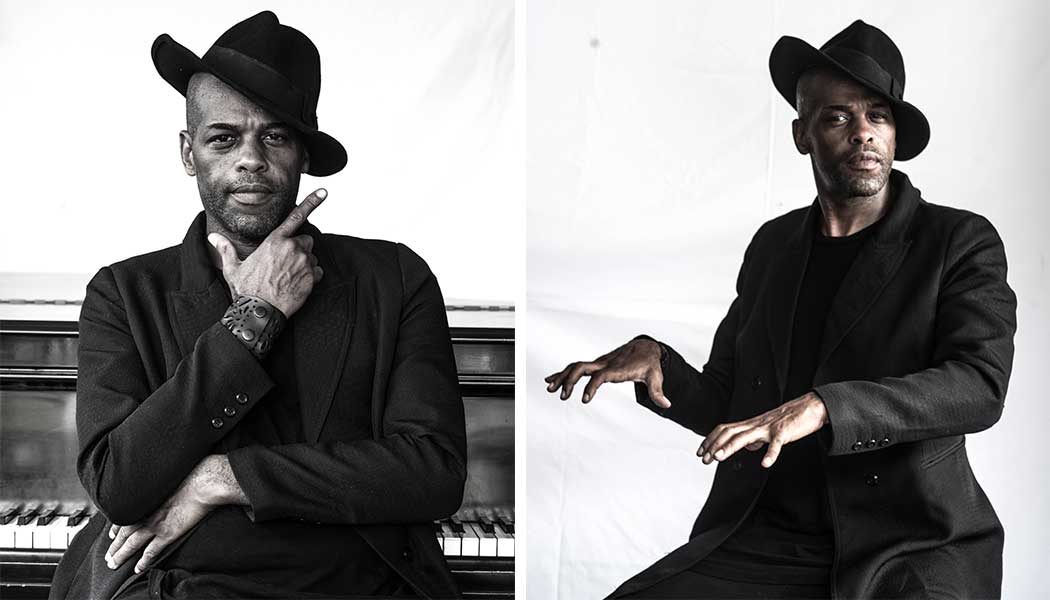 So London, is this your first time to Bali? Any first impressions you can recall?

Actually this is not my first time to Bali, I was here a few years ago where the impression was: it was beautiful, tropical, but the thing that really stood out was that the people were extra, extra nice, friendly, spiritual, just really kind people which made you feel at home right away.

Growing up – was your family musical? Early influences?

My family was very musical, my father played guitar, with the exception of my mother who was tone deaf, my brothers played, my twin sister sang and all of us had a bit of music in us. Gospel was a big thing in our family as my father was a pastor and my brothers as well. I would have to say the earliest influences that I would have to give credit to were Stevie Wonder, Elton John and The Jacksons – their earlier records were great and influenced me quite a bit.

That would probably be a gospel concert, The Clark Sisters and a bit of Andre Crouch, The Hawkins Family, definitely saw a bit of those and in the early ‘80s, I vividly remember going to Madonna’s concert and the Gypsy Kings, and I think my first festival was Ringo Starr in Copenhagen – so those were some of my first concerts, a really interesting variety.

How did you first come to realize that music was your chosen path?

I don’t think I ever at one point just realized it was a musical path, it just was. I got encouraged by my Mom, brothers and sisters and by those around me who just supported it, there was a piano in the house, I always got on it, banged on it, fell asleep on it and realized this is something I’m half decent at and got encouraged to really keep doing it so it was always a part of me.

How did you become involved with industry luminaries such as Quincy Jones, Diana Ross and The Jacksons?

Well, let’s see, Quincy; my first band which I ever really had was called Whose Image? and at one of those shows the artist Prince was there and that got sent over to Warner Brothers, and Warner Brothers sent us over to Quest, which was Quincy Jones’ label and that’s where I met Quincy. And then Diana, is interesting, I was being managed by the manager-producer Peter Asher, who was also producing Diana Ross at the time, who suggested to Diana and Motown Records that I write a couple tracks for her, so I got to meet Diana through that route. And as far as The Jacksons, that’s interesting there, I met Jackie Jackson, the eldest brother at a restaurant in LA called Shandara I believe, a Thai food restaurant, and he walked over to me and said “You look like an artist..” and eventually invited me over to their family home in Encino, and I became like a little brother there and ended up working out of the Encino house with those guys, great guy, really taught me a lot on the producing side, so that’s how that got started. 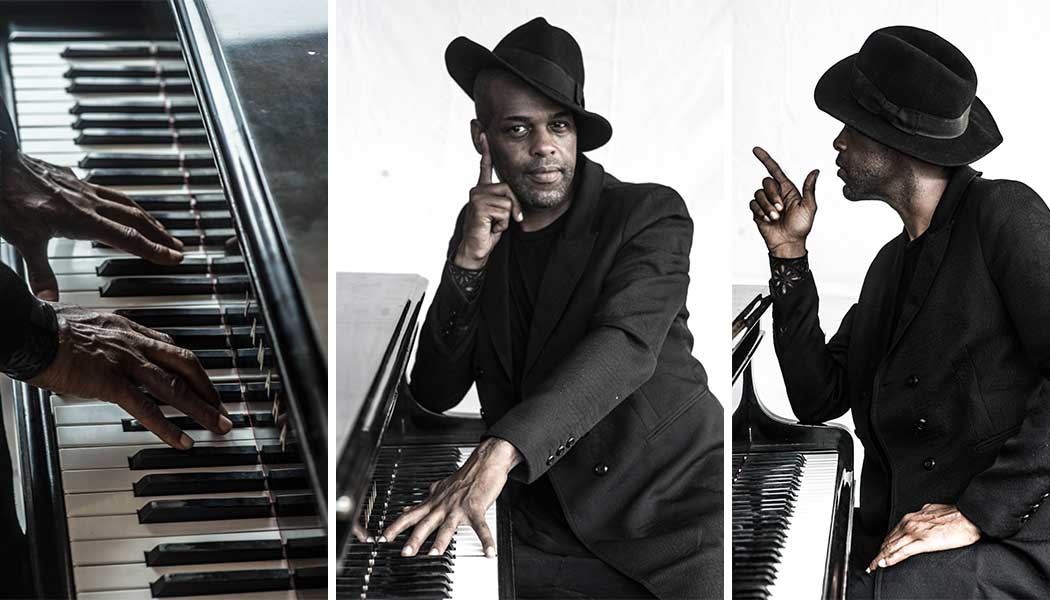 What was the most important lesson you learned from that experience?

I think what I learned is that you can be really great at your talent, but equally humble and giving of it. And I would also like to bring in what my long time co-producer, Ray Bardani once told me “Look, if you can make a living at what you love doing, that’s really true success” and all those around me really showed that, and again, the more talented they were, the more giving they were and sharing of their talents. I learned that was a big part of staying true and un-jaded throughout my career.

Your sound and voice is reminiscent of Stevie Wonder and Michael Jackson – how do you approach songwriting in a way that you remain inspired?

Well, A – Michael Jackson and Stevie Wonder – what a great compliment! If I have even ten percent of either one of those I think, I’m thrilled. As far as songwriting goes, I stay open; I let life dictate the song and try to stay out the way. I try to let the inner voice speak louder and just really try to allow myself to be a vessel for what I’m feeling and what I’m receiving, and if people can connect with that, then I’ve done my job and I think that’s where I try to keep it.

Any advice for new artists trying to find their audience?

Yeah, sure here’s a few tidbits; one would be “Stay in your own lane…”, and what I mean by that is, be true to yourself, you know there’s so many copycats out there and so many people doing exactly what the next person is doing, the people who stand out I believe, are the ones who stay true to themselves. And if you’re true to yourself, I believe there is always going to be someone that will connect with you, and that’s where you find your voice and that’s where you find a fan.

How do you see the current state of affairs in the music industry? Pros and cons in this era of internet and social media?

Well, let’s see here; state of affairs – I think on one level we live in a fast food society, where things sound the same and very much homogenized. I think it lacks soul and depth because we’re able to retrieve anything instantly, and the opposite side of that is where we used to go out and find and search, actually walk out of our homes, to actually find music and walk to the record store, it was a small journey to find the music, and I think that’s a part of music in itself, when you discover a new record or new artist, there’s both pros and cons to it. I think you can search on the internet now, and it’s great that you can be able to retrieve things, but I think it’s affected society in a way that makes it become less personal, and I think we need to make a shift back to discovery, in the true sense of the word, getting out there, searching, finding mew music, experiencing new music and let that be the media of our day, real time media in the now.

Well, there’s a documentary called Boy with a Dream, it kind of starts back in Flint, Michigan, where I’m from and takes you up to the present and I’m really looking forward to that. And that will also be part of the Kickstarter campaign soon to be released, and that will be alongside the new record that I’m working on which is heavily influenced by Elton and Stevie, which touches of Pop and Rock to it so we’re all really excited about that, and I really look forward to sharing that in live performances back on Bali at a few different places. I also really need to thank Stephane Sensey for his great photography work and collaboration at Metis.

Ahhh, the dream…having given thought it’s to continue living the dream, just doing what I love to do, being in light through music, leaving something behind for those in front and those behind me. To have impact on the world, to have a voice, a platform, to let music be the vehicle for those who allow music to heal what’s inside and change their surroundings. Also to prosper so I can continue giving to those less fortunate, feed a lot of children and be a part of something that is lasting and meaningful.

Hahaha, interesting question. My favorite footwear probably has to begin with my old vintage boots, I’m in love with old vintage, so still American at heart and there’s something about the old American boot, square toed, jeans and boots, cap hat, that makes it for me, but if I don’t have my boots it’s okay to be bare foot, feet are a good thing.

Thanks so much for your time online, London – good luck with the new album and will look to see your performances around the island.