Mark Baker talks to photographer Kristian Schmidt about his high velocity career, swimming with whalesharks and why he just wants to sleep in his own bed.

DATELINE: New York City – crossroads of the world. Magnet for every dream-seeking, talented idealist in the western hemisphere.

I’ve seen them all come and go. 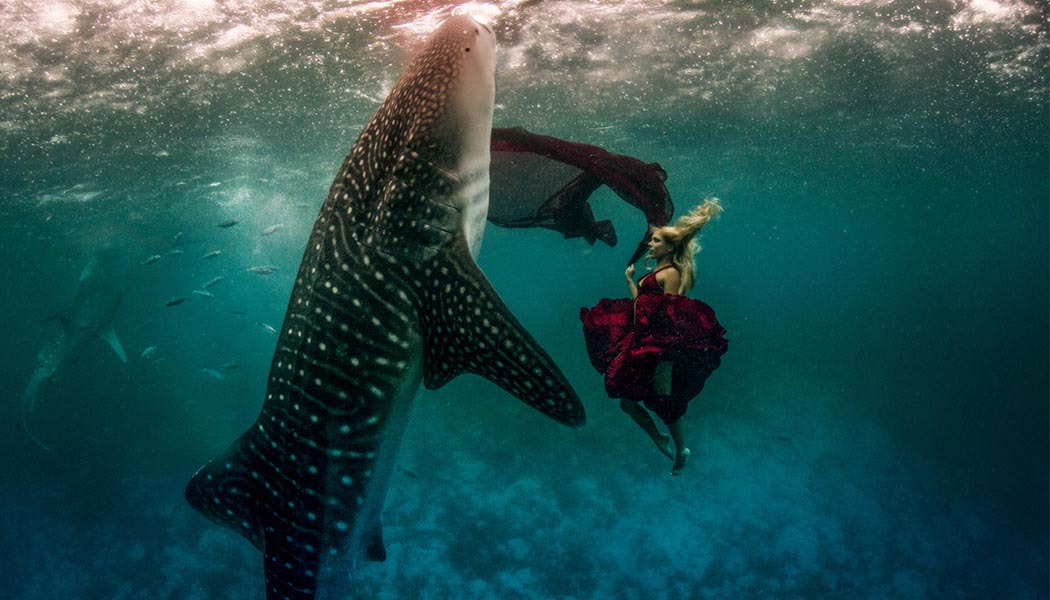 Virtually all start their city life and career in the downtown clubs and bars of Manhattan. Some shine, some drop out, some die and some rise to stratospheric success. Some have a look, some a style, a voice, a talent …

And then one in a million has it all … the elusive “It” factor. 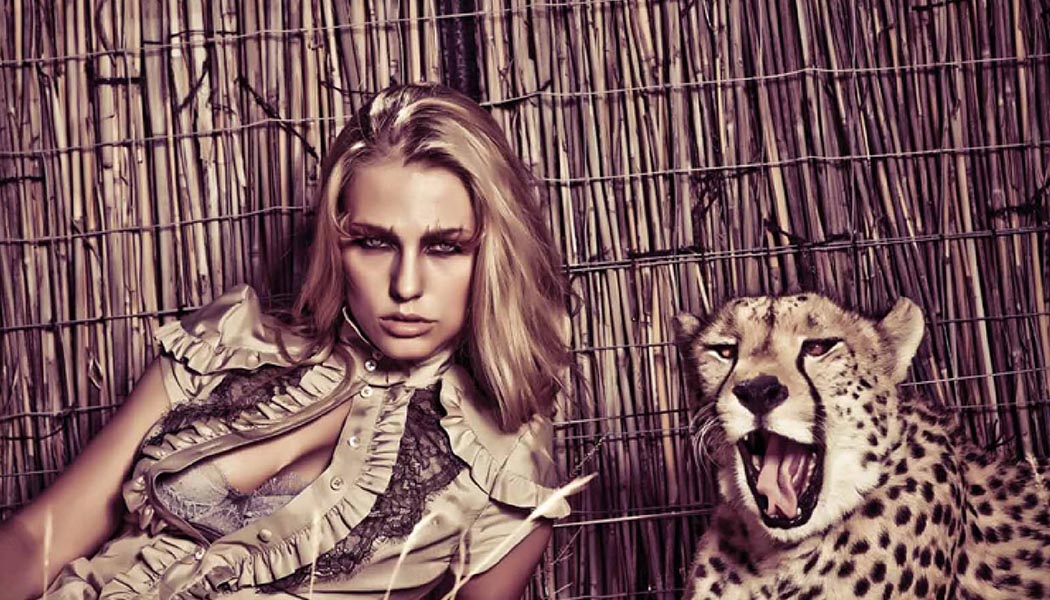 Kristian Schmidt has such credentials, and then some. I first saw Kristian holding court at one of my clubs a few years ago … laughing, surrounded by a gang of very cool people and some very beautiful girls. He shined and I made it my business to get to know this young man.

I had no doubt that he would succeed at anything he wanted to do … and in the past few years I have seen Kristian rise to the top of the extremely competitive fashion art and photography scene. 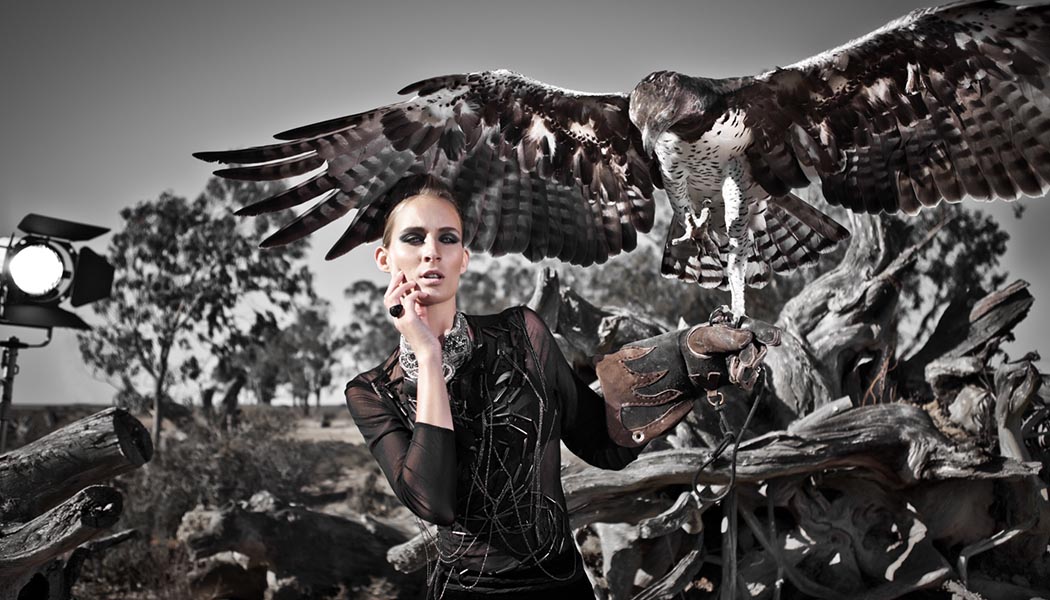 He’s original and represents a new generation of cool, yet still finds time to do amazing philanthropic work.

He works and plays hard, travels nonstop, and judging by his Facebook posts has the world watching his every move. It’s his time right here, right now – I wondered what makes him tick. 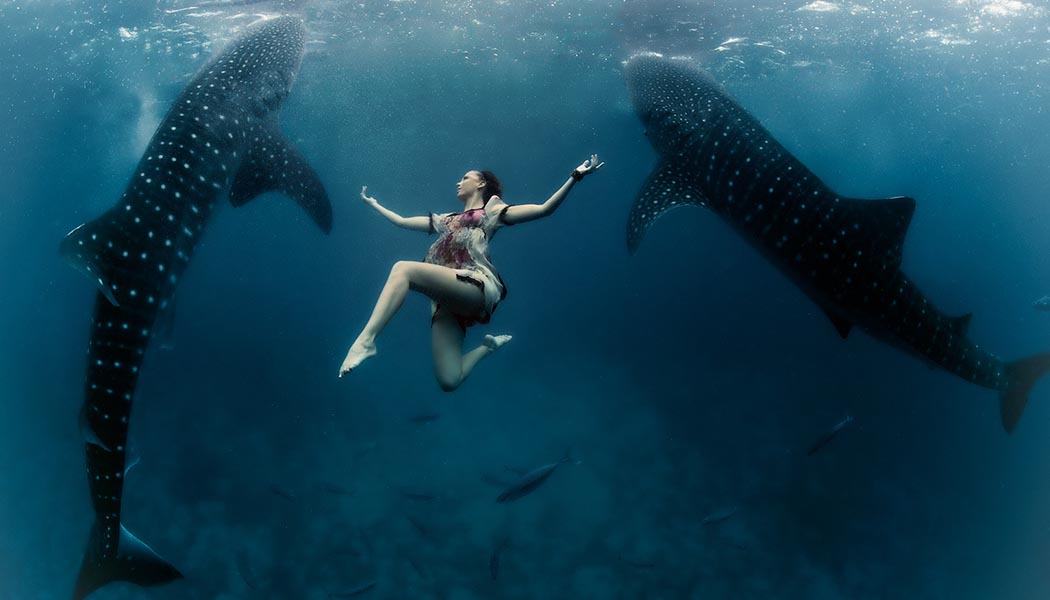 Kristian Schmidt, 36, from Sweden, Japan, France, and NYC. I live in hotels.

I never really get what I have in mind at the beginning, but something different that is actually better. Usually I just put the elements together and let it happen, there are so many variables and I let them be themselves and go from there. 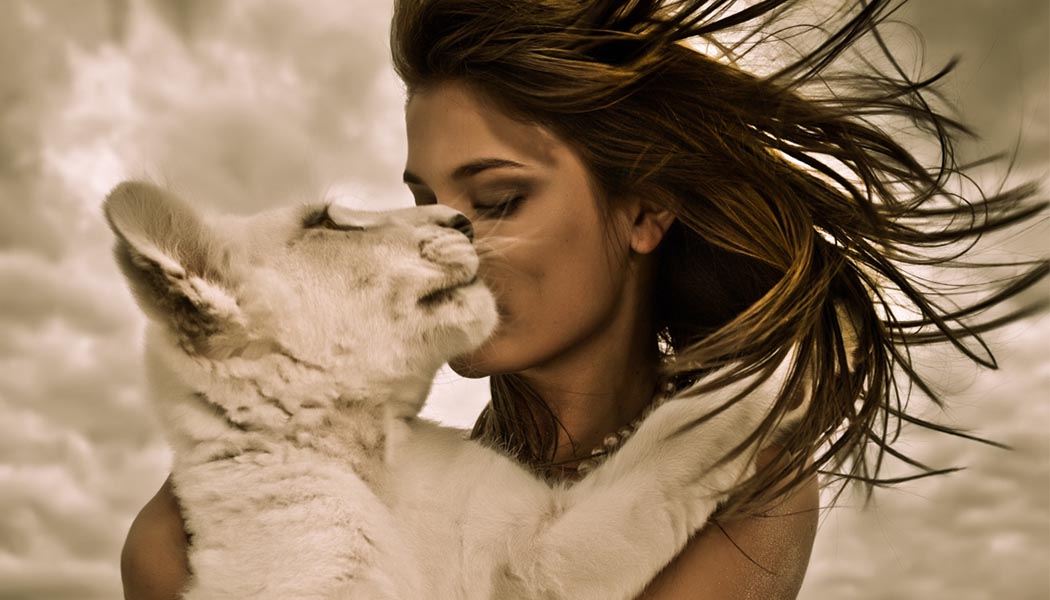 Everything is amazing but since I travel so much I’ve been living in hotels for the past five years, which is exhausting. To get to the point I am now it takes a lot of faith – doing projects with no idea if they will sell or not; waking up every morning wondering “what the hell am I doing?” But if you pull it off it’s extremely rewarding. You just did exactly what you wanted and got paid … scary but so worth it.

Your pictures are more than just photos – very original, especially the whaleshark series … how did that come about?

All I care about is that it makes people want to travel, and show that we are the same as all animals. Seeing a picture of just a wild animal is very difficult to relate to for someone who hasn’t seen one. But as soon as you introduce a human in the picture you can feel the synergy and it can make people think (about ivory, shark finning etc). We relate to beautiful things, I try to convey the message that way. 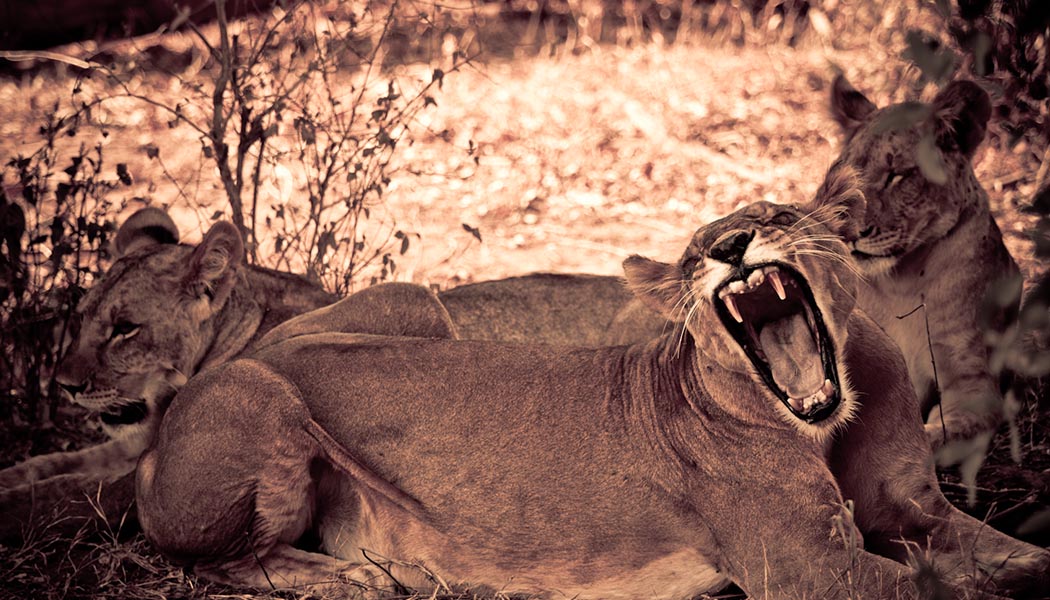 You spend time in Japan – we in the West don’t really know the culture. What’s the biggest difference between Japanese and Western culture?

I credit Japan for making me who I am – all my aesthetics, the way I think, and a general common sense is all because I went to Japan at an early age. If I can give one piece of advice to anyone going to Japan … it will change you for the better in every way.

Where is your life and work taking you right now ?

Space! I have already done some work with Wildaid, Virgin Unite and Richard Branson, so I’m dying to work with Virgin Galactic. Near future I am doing a fashion shoot with flowing lava by the volcanos in Hawaii. In November I will be doing another night shoot with whalesharks in the Maldives. Underwater at night is a whole different world.

You’re a thrillseeker and adrenaline junkie, why?

Once you dive with sharks, get charged by a lion or an elephant, skydive etcetera, there is an inner peace and you are alive. Also you realise that it all sounds much more crazy than it actually is. I need it to feel calm and alive. 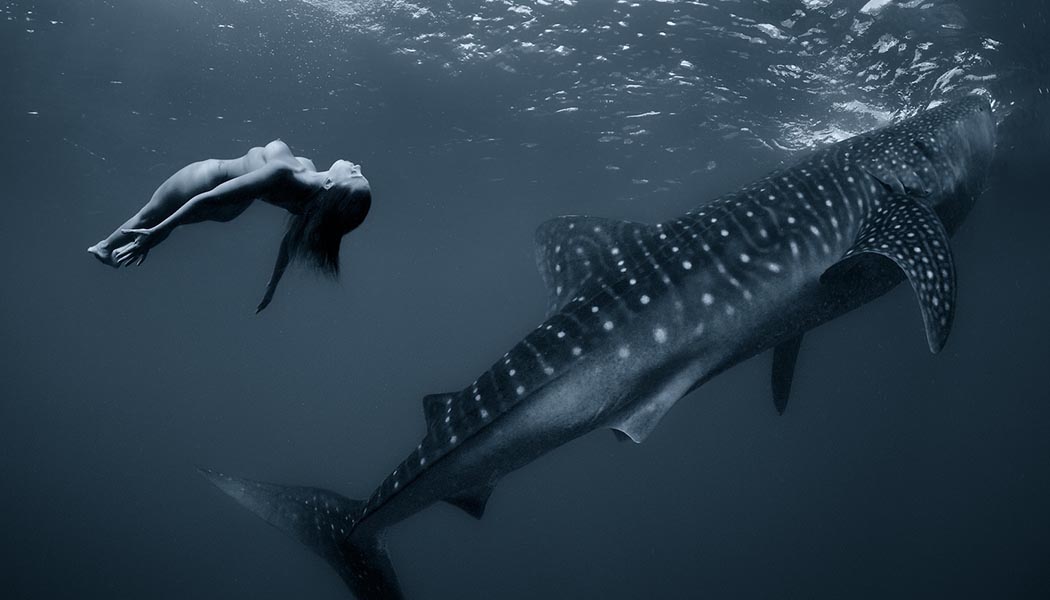 Sweden has the best food and most beautiful people, there is a freshness there you don’t get anywhere else. NYC is my home town, it just rocks on every level, so fun, so fast. Madness!

You’ve been called the “new Peter Beard”. How do you feel about that?

It’s such an honor to be even compared to him. I don’t even consider myself a photographer yet, I just decide this is what I want to see and feel then I take pictures of it. I met Peter recently and he is so awake, so young in his mind, if that is what this job does then I’m in the right business … 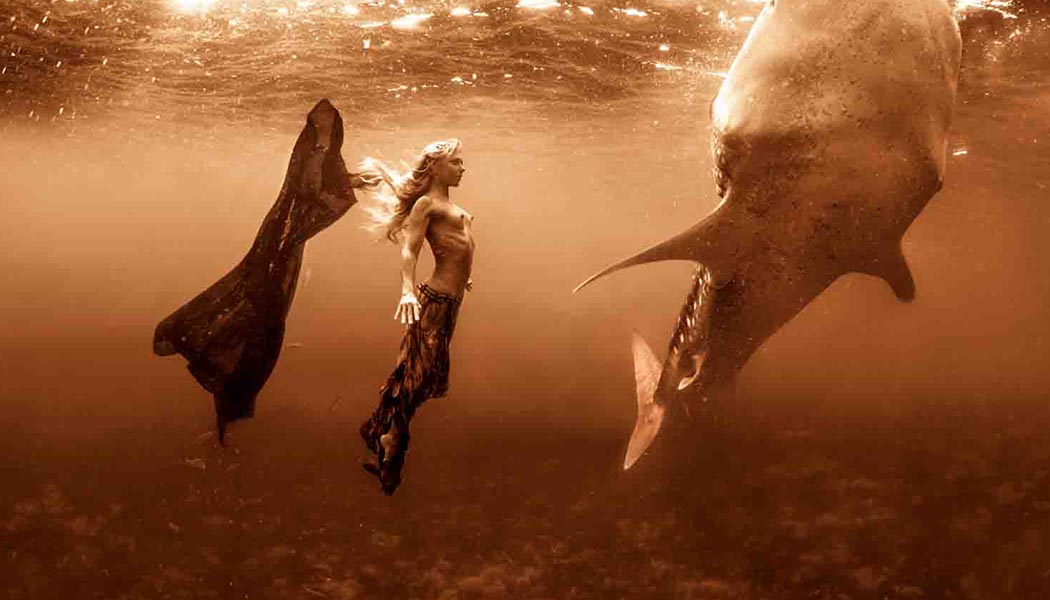 Are you active and aware in the marketing of yourself as an artist? Is it difficult to be avant-garde and yet still be commercially viable?

I can’t sell myself for five cents, I let the businessmen do that. I can market myself in social media very well because I’m always in insane situations and the pics are funny and wild. I’ll just keep on doing what I like, and when the money stops I’ll do what they say …

I went with Richard Branson and Wildaid to India to take pics of the remaining tigers. Also we just took a trip with (Chinese basketballer) Yao Ming and Wildaid to Africa for an anti-poaching campaign and documentary. It was incredible and completely heartbreaking. There was an elephant poached every day for its ivory, and we shot Yao with carcass after carcass – very gloomy and very necessary. Amazing all these Chinese superstars working with us to end the ivory trade. There is not much time left, we can see them go extinct in our lifetime … same thing with shark finning. On average 38 million sharks get finned a year and it can go up to 78 million. It’s completely mind boggling. As I said, not much time left and we are all responsible for ending it.

Highlight of your career so far …

Being invited by Richard Branson and Wildaid to swim with whalesharks in Mexico then being able to take it to the next level and find a way to do a fashion shoot with these amazing creatures that went viral on a global scale. Hanging out with a white baby lion in the desert for a day. Torturing my manager with a tazer on a daily basis. Working with Shawn Heinrichs to shoot manta rays at night with an amazing model.

What haven’t you done that you want to do?

Have a house, cook, sleep in a hammock with my dog and girlfriend. These are exotic things for me right now. Oh, and space, space, space!

Hear that brother. Hopefully we can get you to Bali asap and get you some rest.