Will Meyrick of Sarong restaurant fame is on a mission to educate people about the beauty and subtlety of Indonesia’s coffees. He’s bean there, done that, writes Salvador Bali.

WILL, judging from your enthusiasm you have quite a passion about this project, not just an overnight thing …
Yeah, I’m really trying to get into it, I mean I’ve lived on the island of Bali for 13 years and I’ve managed to see Indonesia as a whole, and there’s a lot more to Indonesia than Bali, a lot of people don’t know that, so this part of the series that we’re trying to do.
So we’ve got beans, beans, beans – what inspired you to start teaching people about the coffee beans grown in different parts of Indonesia?
Basically it was doing the television show Street Food Chef – national television on TransTV. I basically traveled all around Indonesia, with the show – it wasn’t just about food, it was also about ingredients, cultures. My wife is from Bandung and I’ve been there many times and I wanted to know more and scratch the surface of what Bandung was about. Scratching hard enough I’ve found the most amazing things from coffee to tea plantations.
Where does the coffee and Sarong come into play?
I really wanted to change the direction that we’re going in. I felt with a lot more Asian restaurants coming in we had to dig deeper about where we’re sourcing our produce from – not just going to the supermarket to buy it but going the extra mile and finding the Ibu who makes the shrimp paste by hand, the palm sugar, the coffee as well. From what I understand from my bartenders, staff and a lot of people in the industry who work at hotels and restaurants, they don’t know about coffee . . . they make it every day, but they don’t know where it comes from. The idea is to get a better understanding of what they’re cooking with. As a chef you have to understand about the fish, what works, what doesn’t, in the bar you have to understand about coffee, not only how to make it, but how to roast it, what temperatures, the light roast, the dark roast, so this is just a small step in the process.
Sounds like back to the farmer and screw the corporations?
It is, what I realise working through Jakarta and here in Bali, it’s very hard to get quality and consistent produce . . . why is that? People want to take the shortcut.
Is this coffee project a private enterprise?
Yes, Pak Eko is the owner of Klasik Beans which is the name of the company that I’m promoting; I’m bringing it through to everybody so people can understand produce. 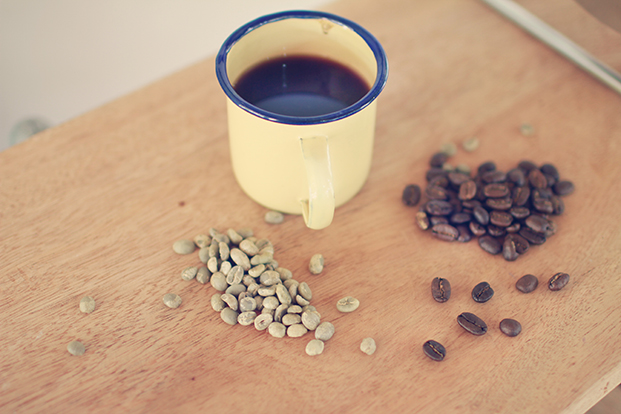 Meaning getting it everywhere?
Yes, that’s the idea, but we’re doing our own roasts. You can get the beans, that’s fine, but it all depends on the roaster that gives it that different flavour.
Are these beans Bali grown?
No, we’re going to use the Sunda Beans, Sulawesi Beans, mixtures of them and blend, the idea is to package it as well.
Do you think that your coffee is special compared to others?
No, I wouldn’t say that yet, it’s a learning process. But it’s a lead up to the new restaurant we’re building on Petitinget which is Maluku, which will be pure Indonesian. That will be directly opposite Métis restaurant.
Are you a coffee nut in general?
Yeah, I’m more into it now. Before it was lattés and the like, but now I’m really starting to appreciate straight coffee and espressos. It’s an aquired taste, and the older you get, the more you enjoy it.
What are your hopes for this project?
This is just a small step, the idea is to get the government support, agriculture tourism and get the attention of Garuda and various other people to really join and promote Indonesia. For me it’s a personal goal. I’ve lived here for so long and my children are Indonesian and to create a better education, and that’s the main focus.
When will the coffee push start?
It’s already starting in Sarong Restaurant and Mama San, we’re only using two beans at the moment, but we’ve already got the farms that we’re working on up at Jatiluwih. We’ve just invested in 15 pigs to produce piglets, also we have a chicken farm and all the chickens have their feathers on … again the idea (is to assist) where a lot of farmers are struggling to sustain their salary every year.