Dustin Humphrey and Julian Zielonka head to Japan for the joys of surf and snow. 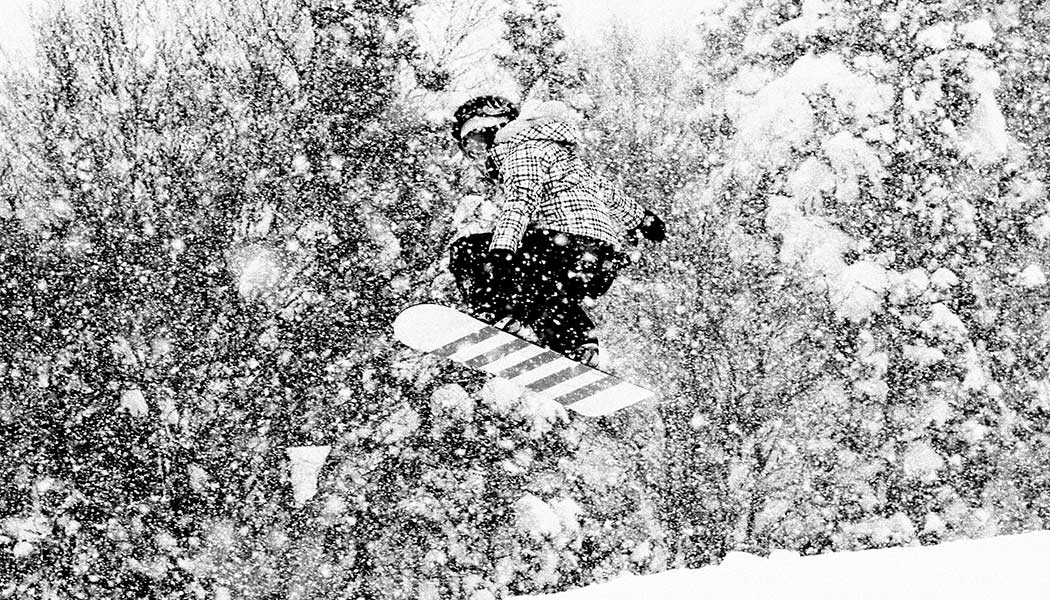 Travels to far away lands with a foreign tongue and taste have always been an enticing way for me to clear my head. Adventure brings a new perspective to where I come from, where I am, and where I want to go in life. The decision to travel to Japan was an easy one; such a complex combination of ancient culture and futuristic technologies has captivated my imagination for years.

Opportunity knocked and I ran at it, full bore. Parking my 9-5 with a nod from the boss, packing the essentials, my snowboard, surfboard, boardies, t-shirt, jacket, pants and a tooth brush, I booked and boarded the first flight I could bound for the land of the rising sun.

The air was cold and dry, the streets were filled with tall buildings and bustling people, determination permeated each step. The salary men all dressed like they were going in for an interview for the big job and the women dressed in unseasonably small skirts. I watched and wondered if they even realized the air was so cold they could see their own breath. Human trains chugging to and fro. I was finally here and I was already loving it.

I awoke with itchy feet so after just one night in the city of neon I caught a small plane southbound to the Amami Islands. The climate here is tropical year round and the waters inviting with possibilities of great surf. I rented a small car, slapped my surfboard on the roof, my pack in the back and set off. If I had doubts about my rental car’s ability to ferry me around the island I didn’t show it, sure it creaked, and groaned, bumped and screeched, but there was no turning back now, I was a man on a mission. With nothing booked and a little less planned, I drove on with only the hearsay of good surf on the southern side of the island as my guide, the direction in which I now pointed my little car.

Bursting around a bend I spied a crumbling left-hander two bends further along. It didn’t look amazing from the shore but the combination of the anxiety my chariot instilled, the excitement of surfing an exotic location and a sun on its final descent behind the small village behind me, took hold. I pulled up, jumped out, and began assembling my board, adding leash, and fins. I stood out like a sore thumb and started to attract a crowd of local fisherman and kids. Our conversation consisted of body movements and hand gestures, mainly mine, showing them where I wanted to go and what I wanted to do, they were a rapt audience. My movements on the beach were not too dissimilar to surf instructors around the world, I only hoped I would be able to perform what I had been demonstrating.

The waves were fun and I was able to catch a bunch of them without a single other surfer out in the lineup. It was just what I needed. Splashing onto the beach I was greeted by a couple of the more vivacious local kids who seemed to have nothing more important to do than grade my performance. It was getting dark, I needed to find somewhere to stay. Again hand gestures did the talking. I knew I couldn’t sleep in the car – I folded myself in and out every time I drove. The exchange bore fruit and they led me into the heart of the little village and into a traditional small home stay. Stowing my stuff in the room I realized I was exhausted. I ate with the family and drank a couple of beers while gesturing to this new audience, but all this talking was making me tired and in retrospect not too different than being with mates and playing charades.

The next day I awoke, fueled up on a bowl of noodles, fish and eggs and after bidding my hosts farewell, headed off to continue my surf excursion of the island. I bounced from southeast tip to north west point searching and surfing, three stops, great waves, good people, more charades and an amazing time. Dusk was coming down when I finally pulled my tin can into the airport car park, cutting my escape from the islands a little close for comfort.

With the surfing out of the way I was keen to indulge some of my other passions: fashion, technology, style, and flavors. After a big night’s sleep followed by a slow breakfast I brushed my teeth and sought directions to the closest train station. At first the subway map looked like nothing more than a colorful bowl of noodles garnished with strange characters, I learnt later they were called Kanji. The train system did my head in at first, but once I got the hang of it traveling by train was easy. Trains run on time there, the streets are litter free and the best part of all is that I had a week to just ride and explore the oodles of squiggly lines that connect every corner of the city, all the nooks and crannies. It was on one of those rides that I got into a conversation with some locals, who wanted to practice their English. They told me that Harajuku and Shabuya were the bleeding edge of fashion and the Japanese rag trade. Off I went.

To say that there is a strong influence from the vintage American culture would be an understatement. I went to a plethora of great shops, like OMNIGOD in Daikanyama and Junky Special in Shinjuku, definitely keeping the classic motorcycle fashion alive. I scored a leather jacket that James Dean would have been proud to own and bought a canvas leather bag that looks like it’s from WWII.

One of the most interesting shops I stumbled upon was Erostika in Harajuku. It’s the headquarters and official shop of the Rockin’ Jelly Bean, this crazy Japanese artist. The artwork of Rockin’ Jelly Bean reminded me of a mix of Robert Crumb’s artwork, anime and Vargas-style pin up girls. If I had to define it in two words I would have to say it’s “happy sexy” – it’s all imagery of Rubenesque girls in poses that would make my mother blush. I couldn’t leave the shop without buying a couple of t-shirts.

So here I am walking down the streets of Harajuku wearing my new Rockin’ Jelly Bean T and Jimmy D leather jacket when I catch my first view of a styled Harajuku girl. She is wearing a pink polka dot skirt with matching accessories, from the bow in her hair, to her cell phone case and to the purse she carries it in. Everything fits perfectly. She looks as if she’s climbed out of an animated television show. Amazing. I attempt to talk with her, curious to see if she can point me to some more interesting shops in the area. She hands me a card out of her purse for a shop called Phenomenon. I snapped a couple of pictures of this accessorized wonder girl holding up double peace signs, we waved goodbye and I hailed a cab and handed the card to the driver.

I lucked in and showed up on a good night, their new line release party was already well underway. Everyone at the party was dressed in different fashion styles and I was glad to be wearing my new T and leather jacket. Phenomenon is definitely at the cutting edge of Japanese fashion. Shop stock highlights included a new blazer that had an inflatable collar and the raincoat that comes with a water squirt-gun to match. Very necessary stuff! Vintage toys and a large collection of eclectic memorabilia lined the walls, giving the place a feeling of the past while presenting a clothing range that looked like it was from the future.

After a couple of complimentary mint beers topped off an extra long day of train riding and shopping I was ready to head back to my hotel. It took me twenty minutes on my new favorite form of transport to reach my oasis, the Four Seasons, just in time for the free flow happy hour. I found a pew next to the window overlooking the downtown business capital of Tokyo. Sitting, sipping and looking out upon this urban wonderland.

I’d heard whispers there existed a train that could take one from the heart of this city to the ski slopes and back all in a day. So next morning I woke and decided that today was the day to test the theory. I looked at my phone – it was just before noon and I knew I was making a late call.

Yet it had to be done. I located a bullet train heading for Gala Yuzala and two hours and 300 kilometres later I was standing at the top of a beautifully groomed slope about to snowboard some freshly fallen powder. By nightfall my legs had the same consistency as well-jiggled jelly, but no matter. There was one run I couldn’t resist, even though I knew it would mean pain later – a straight 2.4 km run. The lifts closed with the light and I made my way to the station and consulted the train schedule for my ride home. The next train was at 6:30 pm which left me time for a nice cold Asahi beer in the adjacent lodge. By 8pm I was sitting down to sushi back in Tokyo.

Too much luck was bound to come unstuck. Arriving back to the hotel I bopped across the reception area to the concierge to get my room key. Unfortunately he also handed me a message. It was from the boss. Needed back in the tropics, my ticket was booked later that night.

With special thanks to the Four Seasons Hotel Tokyo at Marunouchi, currently our favourite property in the entire world. Check it out at www.fourseasons.com/marunouchi/