A Franciscus Geissenhof Violin From 1783 … Who Is This Young Guy Playing That Kind Of An Instrument? Violinist Iskandar Widjaja Talks To Salvador Bali About His Passion For Playing … From A Life Writ Large.

BEGIN at the beginning …
My name is Iskandar Widjaja. Which is an Indonesian name, but I was born in Berlin, Germany, age 25, my home base is in Berlin, but I travel 50 percent of the year,
What is your parental mix?
My dad is Arabian-Dutch, from Maluku, my mom is from Chinese origin, also from Indonesia, and I speak English, German and Indonesian.
Schooling background?
Normal high school, but I was accepted in college at age 11.
Stop the music, Age 11? I need more of that …
I was studying violin at that time, alongside adult students, my mom thought it would be good to get support as soon as possible.
At what age did you start playing violin?
I was four years old.
What brought that on?
I was actually asking my mom to buy me a violin.
At four years old?
It’s not unusual, my family is full of artists – my mom is a pianist; my uncle is a conductor; and my grandfather, Udin Widjaja, in the Soeharto era, was a famous composer; my aunt a ballet dancer. So, totally encompassed with music, I thought it was normal. By the time I was 11, I was already sure I wanted to pursue a musical career. Not even a concert pianist, I wanted to be a soloist. I was already designing my own CD covers.
That’s quite a passion for a child.
When my mother was pregnant she would be practicing Chopin all day – genetic, who knows?
For sure, osmosis …
I started off with a method from Japan called the Suzuki method: the point being to learn the music intuitively, like a mother tongue, so you don’t learn with the notes, but learn from hearing. When driving in the car with my mom, she would play the music and afterwards I would try it on my violin, without even knowing the notes. It’s a very good method for children.
You said you went to college on a scholarship?
In Germany there’s lots of support for the arts, and it’s not very expensive to learn an instrument.
When and where was your first performance?
At age seven, in Italy, I played a Vivaldi Concerto. That was my first performance and the mayor of the city, after my solo, came and shook my hand. I was so proud.
From there?
The feeling of being on stage, especially as a youngster, makes you kind of high. I knew then that’s what I wanted to do as a career.
Are you saying that you feel like another person on stage?
I try to be just a tool for the music. I try to get rid of my personality and let the music speak for me, and it’s the most wonderful feeling.
And so the progression?
There’s a supportive program for highly gifted children – the Unistand Institute – where they organize concert tours in Europe. I was accepted for that and rubbed shoulders with other gifted students my age. I graduated one-and-a-half years ago from the University of Arts, Berlin. 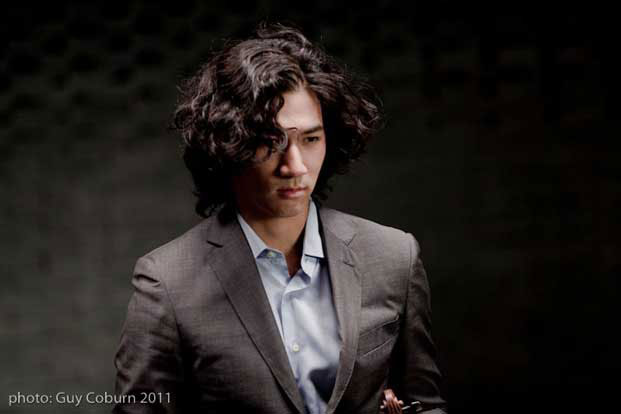 Before that what were some of your accomplishments? Don’t be shy …
The Gold Medal of the first International Violin Competition; first prize in the German national competion, Jugend Musizert; best Bach and best Beethoven sonatas in the XXI Concorso Violistico Internazionale Postacchini; Julios Junior – Young Talent category, awarded by Berlin’s mayor; scholarship from the Deutsche Stiftung Musikleben; performing with the Sydney Symphony Orchestra, the Dubrovnik Symphony Orchestra, the Sinfonieorchester Berlin, the Orchestra de la Suisse Romandi and others. Festivals, Kissinger Summer, Valdes Sommersymfoni, Festival de Saint Prex, Music Phnom Penn and Kesher Eilon; also conducted master classes at the Pelita Harapan University in Jakarta.
What brought you to Indonesia?
I came here six years ago because it was my parents’ home country and I had a unique experience in my musical endeavors – instantly showing that the music reached the Indonesian people; they would immediately applaud during the pieces which you can’t expect in Europe. I was surprised by that – a new experience.
Europeans are very silent and attentive; they applaud after the piece but Indonesians are more relaxed. Five years on, I tried to reestablish a career in Europe – the base of classical music. Through that I established a tour of South East Asia. There’s huge interest here (in my music), especially in the younger generation. Recently I had a big concert in Medan – 3,000 people, full house, the Sky Convention Hall.
What brought you to Bali?
My dad is friends with Tom, the owner of JP’s Warung and he asked me if I would like to have some fun in Bali – come over, relax, nothing serious and jam in the club. I gave it a go and really enjoyed it. The classical concerts can be quite stressful with all the rules.
Being 25, I presume that you are influenced by all the other music that’s going on, do you enjoy everything, and do you play everything?
My main focus is classical, but I love to sing a lot, and now there are many articles saying, oh this classical artist, blah, blah. I’m not this uptight classical artist, I’m having fun.
Backing up a bit: you said you wanted to be number one, did you accomplish that?
There are competitions in Germany, and yes I won (laughs), but then again, music is not like sports, you can’t really measure it, you can’t say he’s the fastest or the best. It’s taste as well, if you have reached technical perfection there’s many more things to judge, so there’s no such thing as number one in music. I’ve come second and third all the time, judges have different tastes or they have their own students and like them better. In the end it comes across to the audience what you do.
What about America?
I performed in the Chicago area where I received a scholarship when I was 16, at the time I considered my musical base in New York. But Europe has so much tradition and it’s kind of sacred. I was born in Berlin, which is kind of the Mecca for classical music. I stayed and never regretted it. 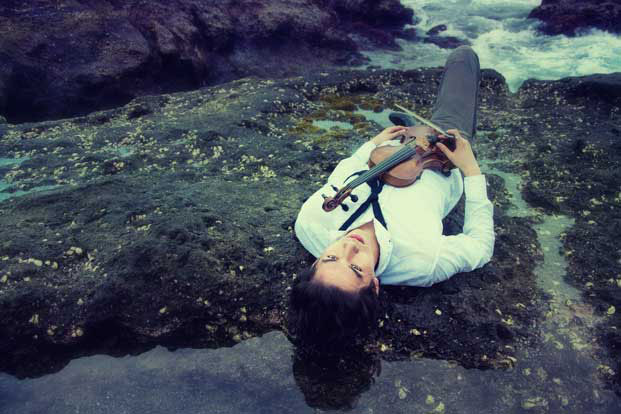 Is there one place that you would like to play in?
Yeah, Carnegie Hall in New York. I had a chance to play there twice, but I couldn’t make the schedule, but that’s my dream. Also a dream come true was the Berlin Philharmonic, that was a Christmas concert last year, to play there is incredibly hard, they only invite international artists. Being born there and accepted – overwhelming.
So now where do you go?
I don’t make plans, I believe there’s a plan already in order, I just try to be as flexible as possible for the energy to guide me to the places life wants me to go. So I’m happy that life has guided me to this point, I have no objection.
Future plans for Bali?
Actually I fell in love with the energy here in Bali, so my secret feeling is in about five or six years to buy a place here and make it my second base. Berlin for half the time – it has cool energy – but the east and Bali is so easy in a way. In Germany there’s the structure and order, Bali is easy and I love that, also to combine these two worlds into my playing.
What about recording?
My recording company, Oehms Classics, is available in Indonesia, but I don’t want to make a big project out of this. I have plans for Indonesia that is easy listening, accessible to the Indonesian audience. I talked to many people about this and the recording companies are all in agreement.
Your philosophy on life?
Let it happen and believe the believeness [sic] of it.
To your fans?
I appreciate all the love; it’s not about me, but giving me the energy to work hard.