In Search of Buddha 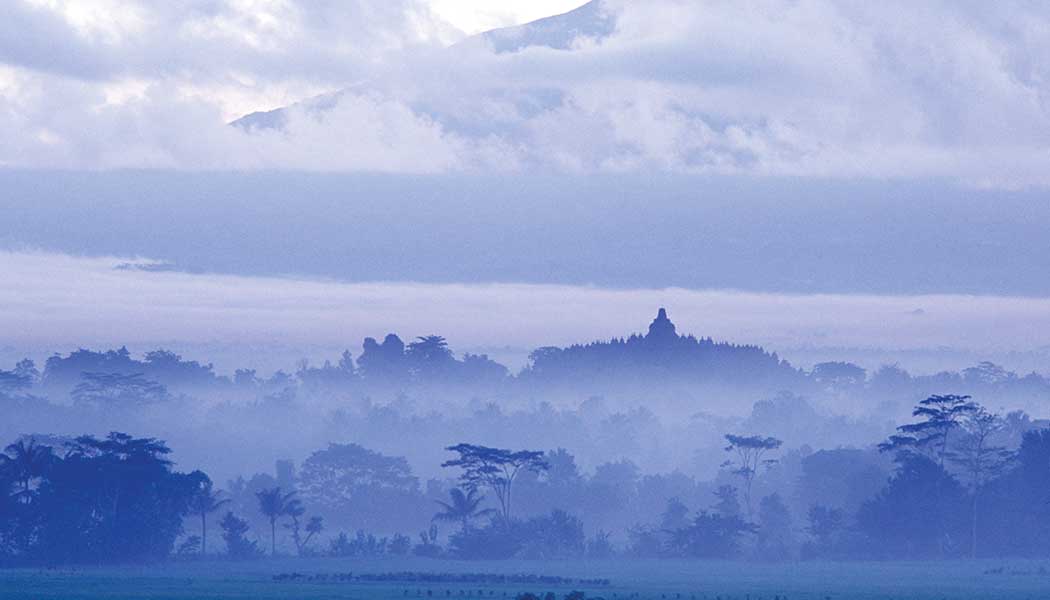 Photographer Rio Helmi’s work references his long-held experience of Buddhism, beginning with a trip to Borobudur at the age of eight. He spoke to The Yak about his work, his beliefs and his dramatic first introductions to the world of photography.

Rio, why a photo series entitled In Search of Buddha?

These are images taken from over the years that I have been involved in Buddhism, some from assignments but mostly from my own personal journeys and pilgrimages, going to teachings and retreats. The Buddhist’s quest is for understanding and realization, for transformation. The ultimate transformation would be Buddhahood. So indeed, why not call it that? 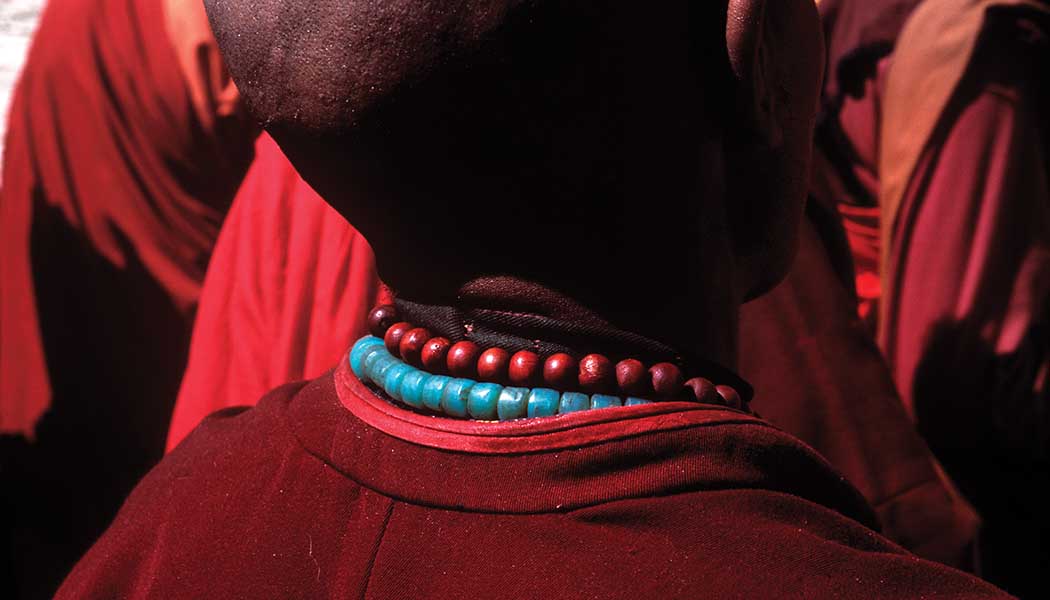 How long has this search gone on for you?

The Buddhist answer would be centuries. For The Bud I would say about 35 years.

What does Buddhism mean to you?

It doesn’t fit into a box. In fact for me it’s pretty much my universe. It might not look like that from the outside, but that’s hardly relevant. 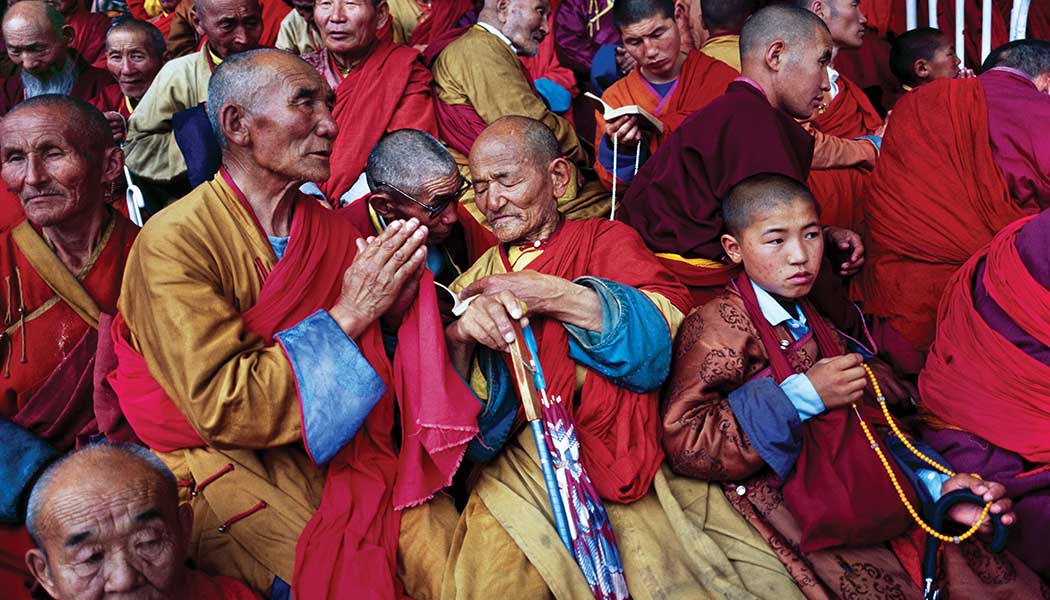 Were you born a Buddhist?

No. Were you? In reality Buddhism should be a choice. Even for those born into Buddhist families.

Buddha and Buddhism…it’s a very photogenic subject – almost iconic in some parts of the West. Do you think this can detract from the real meaning of the religion?

No. What detracts from the real meaning is fluff – Buddha-lite. You know, the feel-good philosophy where people don’t want to study, reflect, and meditate – just, like, space out. People will do Buddha-lite regardless of whether they see beautiful images or not. In fact, and this might be the sneaky reason you ask this question, I think a lot of people first come to Buddhism through seeing images. The images of the Buddha for example are said to be a very powerful way of inspiring people. But people these days don’t understand respect, so you see Buddha statues in bathrooms and toilets. I don’t see people doing that with crosses. Or imagine “Jesus Bar”, or worse…let’s not go there. Yeah, that might lead to fireworks. 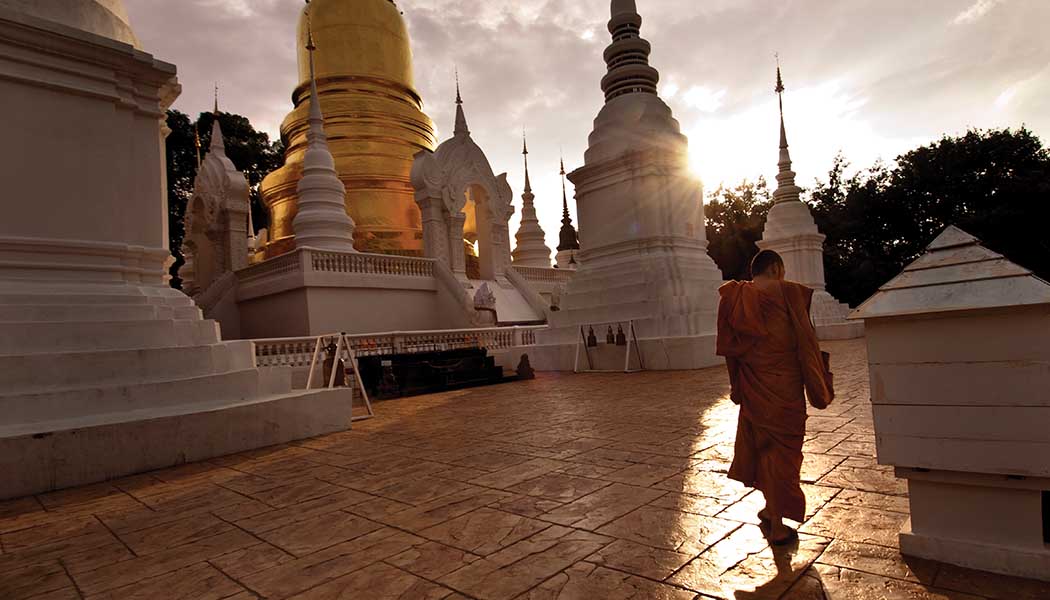 In some ways one could say that the self is involved in any image – the photographer is as much a part of the shot as the subject. How does this sit with Buddhist beliefs? 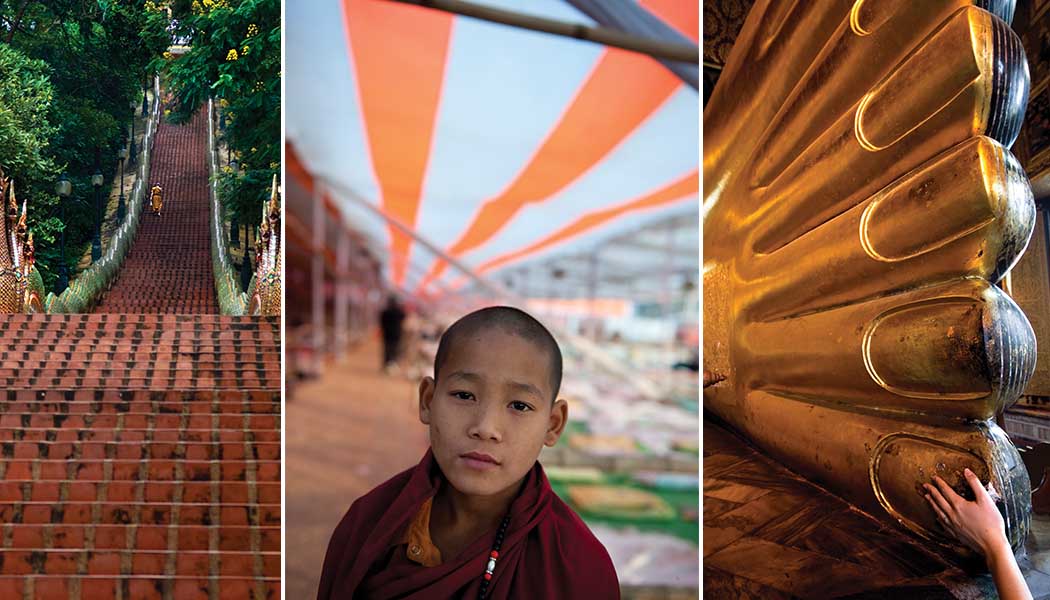 Have you met his Holiness the Dalai Lama?

Yes, for the first time in 1982. We are fortunate to have him on the planet.

Your photograph of Borobudur is magical…when did you first visit?

1963. No typo. I was eight years old. Blew my mind (now you really know how old I am, but I always liked that expression.) 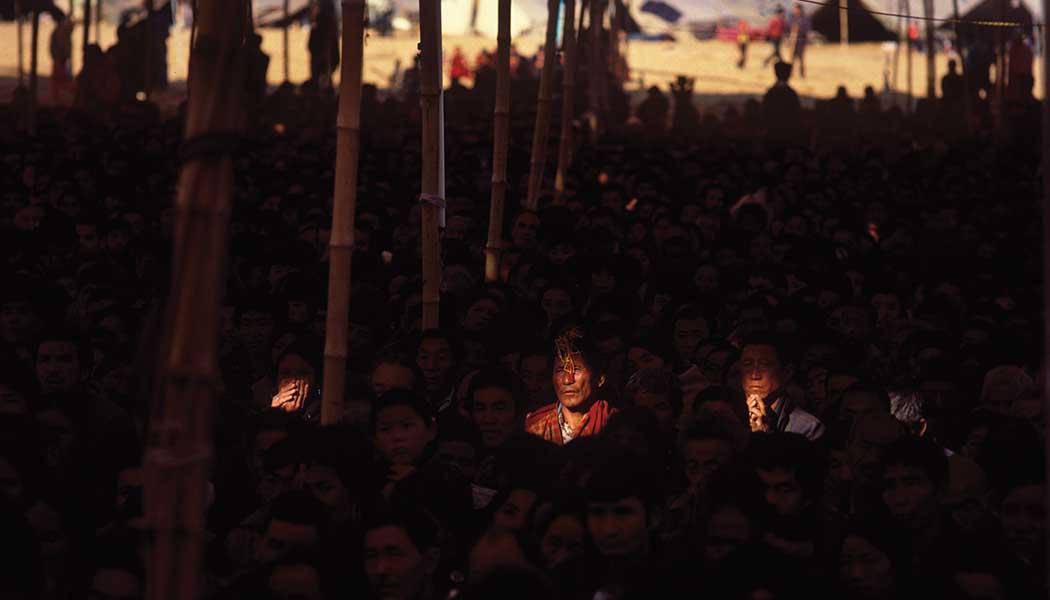 How did you start in photography? What were the first pictures you developed?

Well I learned to develop prints before I even really knew anything about photography. I was staying with my god-parents in Switzerland, we
all thought that my parents had been killed in the 1965 coup in Indonesia. It turned out they had a really bad car accident the night before and were hospitalized for months. Communications were so bad we didn’t know for weeks. I was in a weird space, 11 years old, just adjusting to the West, parents gone, falling through limbo. So one of the daughters of the family who was a photographer kind of adopted me for a while. She took me down to her darkroom and had me gently swish the developer over the prints she was exposing. As these images came up, which is magical in its own right to an 11 year old, I was staring at these images of Tibetan refugees. Phew! I get goose bumps even now thinking about it. I was like, “Hey, hey who are these people? They kind of look like American Indians but I know they’re not?” Something came over me, I got really excited. I think I should stop otherwise I am going to go into a whole series of clichés (pardon the pun again). I wanted to be a painter at one point. But I was only good at painting walls. Then I got involved in photography thru using it for graphics – I was doing airbrush and silkscreen fabrics in Oz in the mid ’70s. I wasn’t even very good at that. Suddenly I just latched on to the camera-end of things, and everything kind of took its own course. 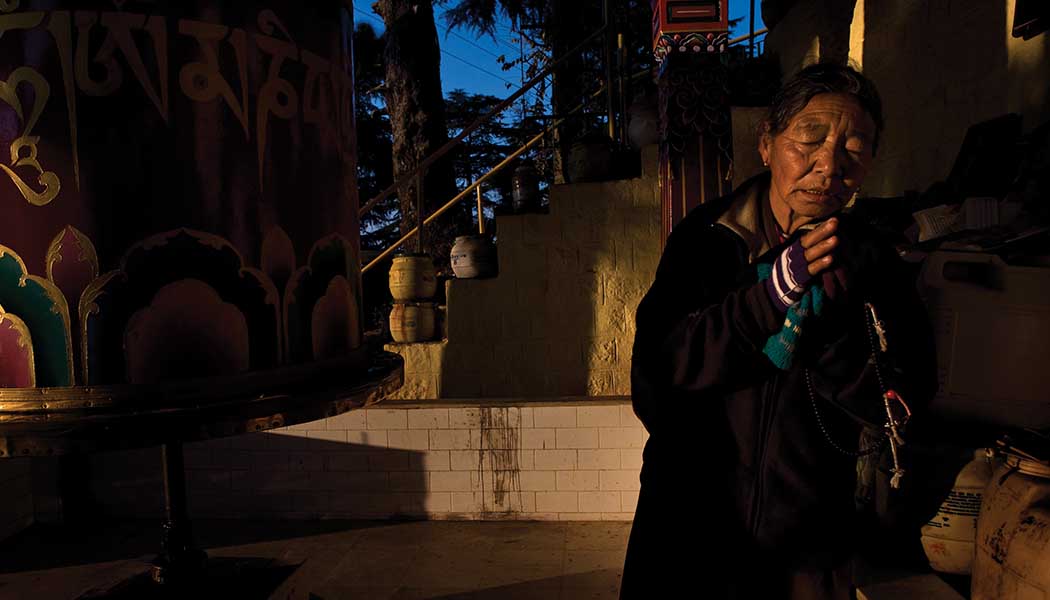 What’s your maxim when it comes to taking photographs?

Be captured by the moment.

How do your photographs define your journey in Buddhism?

My journey through Buddhism is not defined by my photographs. They are reflections of small parts of it, glimpses. Things I saw because I was there, I wanted to be there for multiple reasons. 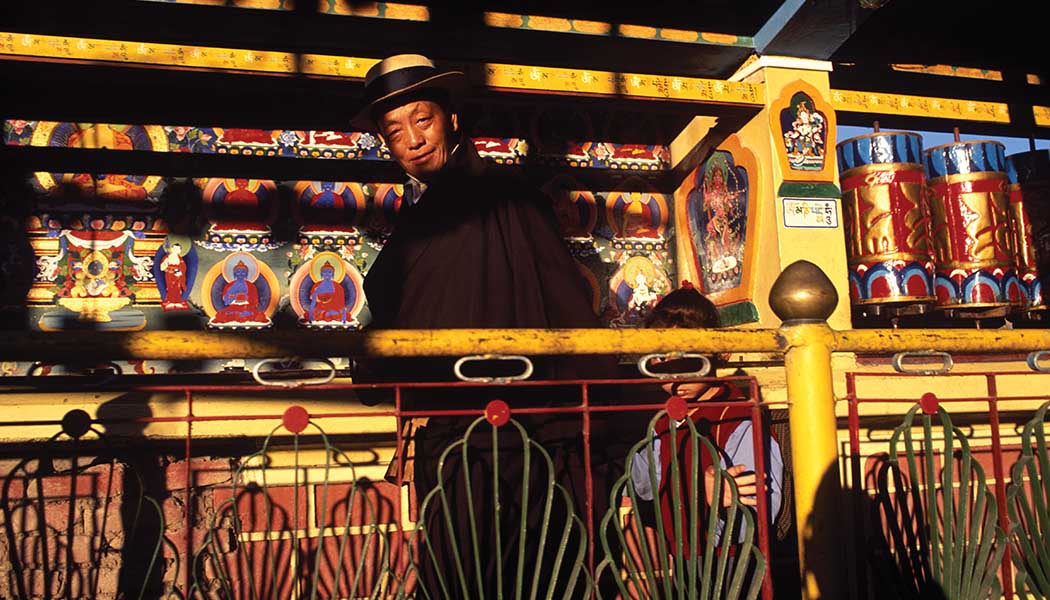 Do all your photographs on the subject depict monks, or obviously ‘Buddhist’ scenes? How would you capture Buddhism if you were only allowed to shoot in a city, let’s say.

Where have you been? We live on the same island! I shoot lots of different things. I shoot where I can get to, where I am, what interests me. The human spirit interests me. It’s just hard getting it to sit still long enough for me to focus. So I take it wherever I can get it… 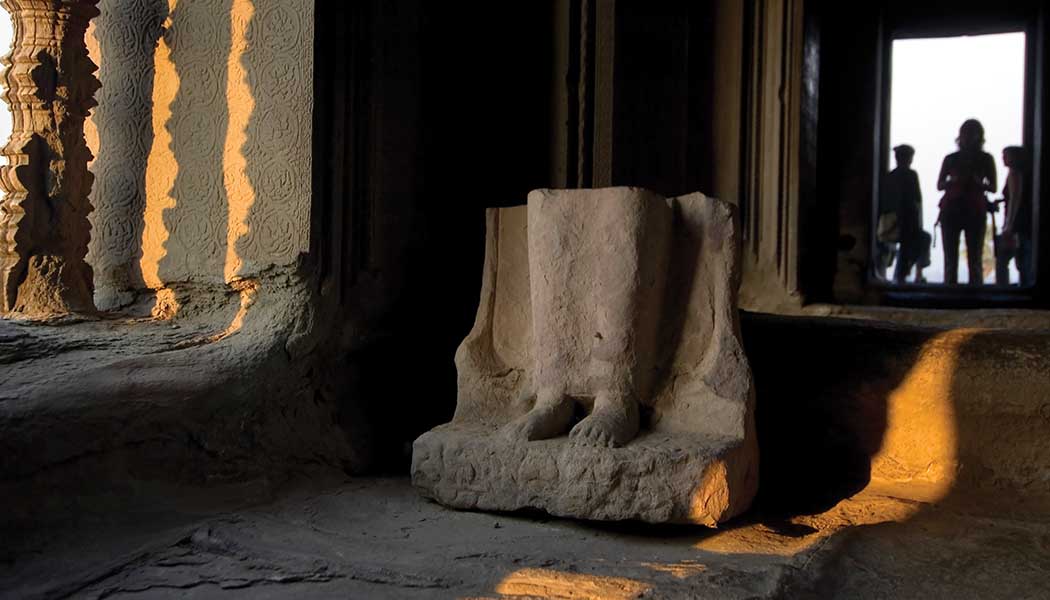 You’ve said before that in some ways, your photographs are a reflection of your inner world. What do you mean by that?

No two people see exactly the same thing. It might be the same object but each person sees it in the light of their own experiences and mindset.

Is this search for Buddha a lifetime quest? Or have you already found him…

I catch glimpses. I see traces. It’s more a problem with my sight rather than the actual Presence. 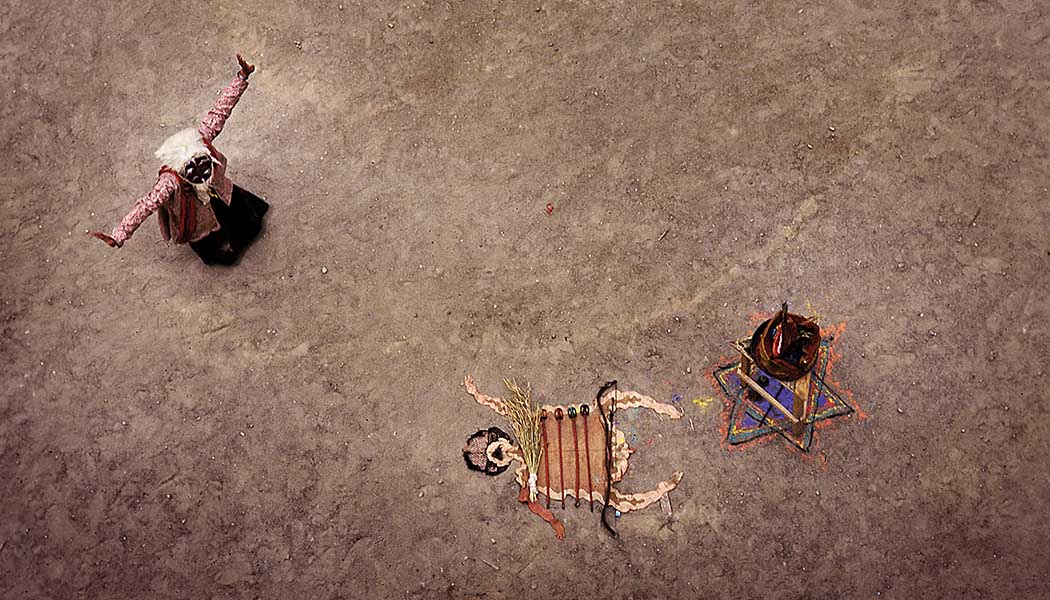 What’s your journey in this life, would you say?

Ideally not a return trip. But that might not be that easy.

What’s next for Rio Helmi?

More time for retreats and study. 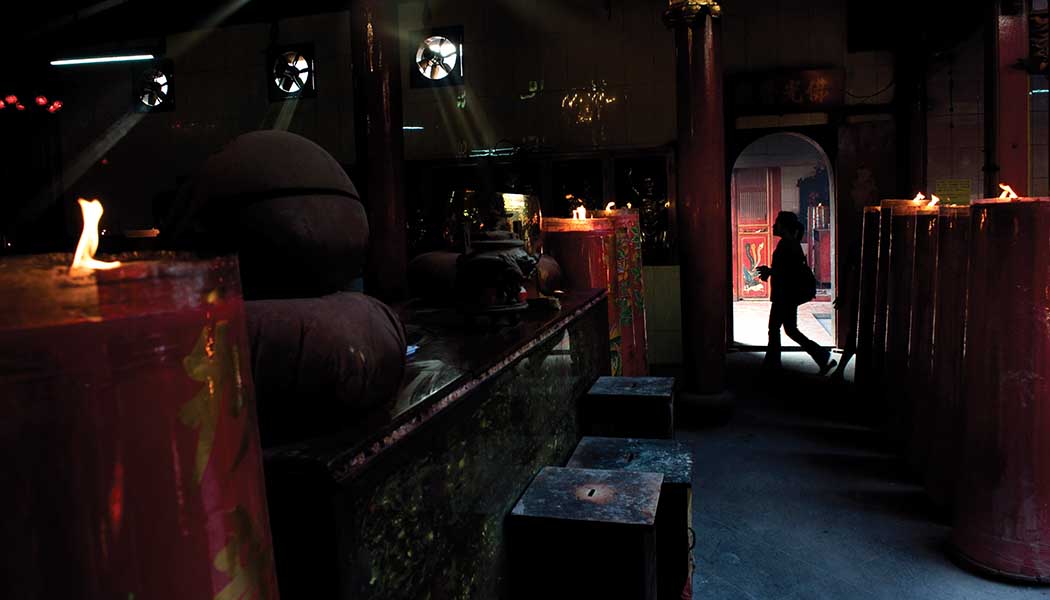 Rio, many thanks for your time.

Thank you! You’ve been patient. It’s a virtue.